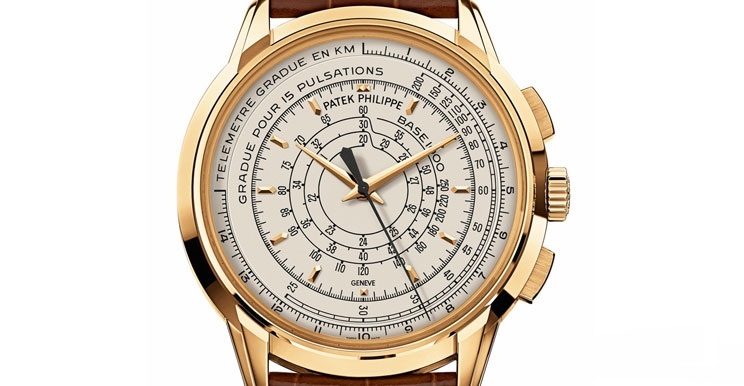 The Multi-Scale Chronograph watch is not your typical classic collector’s item; it’s pretty much more than that. An accurate illustration would be a mechanical computer. I wouldn’t be shocked if you could buy a cheap digital watch with all the bells and whistles of today’s computing technology but a mechanical device that does the same function – now that’s an incredible feat of engineering.

To commemorate its 175th anniversary, Patek Philippe adds another limited-edition watch collection with a few added features than ordinary chronograph watches. Note that Patek has produced a few chronographs diversified in both aesthetics and features over time. The latest addition features quite a lot of new stuff like performing as a mechanical computer. I’ll be direct to the point here. The Multi-Scale Chronograph has three functions and in this case as the name suggests, there are three logarithmic scales, which could be used for measuring speed, distances and heartbeats per minute.

Generally, the design of the case, which is 30 mm in diameter and 5.2 mm in height, is superb and very elegant in all models although I really prefer the platinum model that comes with black dial. The design of the hands is harmoniously interacting with the dials of each model so there are no surprises here although the tremendous design process spent on the development of the collection is highly evident. The clean lines of the bezel up to the dials including the subtle pushers and crown compliment the watch’s elegant appeal.

Remarkably, the feminine model which comes in pink alligator strap doesn’t look like feminine at all except for the color of the strap which is not a surprise since Patek Philippe treats women just like men.

The same in-house Caliber 28-520 with 21,600 semi-oscillations per hour powers all the models in the Multi-Scale Chronograph collection. It is a self-winding mechanical movement featuring a chronograph with column wheel and vertical clutch. It holds a minimum of 50-55 hours of power reserve, which is amazing for a complicated watch. This collection doesn’t show the movement in its solid caseback, instead it comes with the engraving “PATEK PHILIPPE GENEVE 175e Anniversaire 1839 – 2014.“ Another remarkable feature is its water resistance of up to 30 m.

The straps come in different colors but they’re all made of the same alligator strap with large square scales and hand-stitched tapering. What secures them is the same fold-over clasp in 18K gold to match the particular case however, in the platinum model there’s an engraving “PATEK PHILIPPE 1839 – 2014.“

Indeed, the Multi-Scale Chronograph watch adds certain finesse and elegance to Patek Philippe’s heritage in the world of high-end watches. Certainly, this watch is not to be missed by all watch connoisseurs and collectors out there not to mention that it comes in very limited numbers. For more info, please visit patek.com