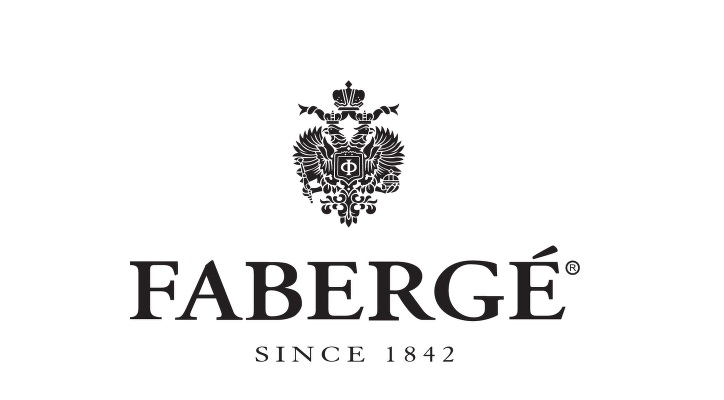 Think of Fabergé and eggs spring to mind. Why is that? This Russian jeweller is most famous for Carl Fabergé’s beautiful gifts to the Russian Royal Family. “So what” you’re thinking. “Patek’s still the best” and believe it or not I never challenged it, however when Fabergé put up a dealer point in Paris in the early 1900s the French (arguably THE people to go to for jewellery) went mental for the Russian company. They loved the materials used, the beautiful details and the overall execution of the work.

Fabergé’s work shows here too. The dial is hand guillochéd by the masters at Fabergé, perhaps the only people that could challenge Breguet’s masters, and is a deep rich black in colour. There’s no Swiss made at the bottom of the dial in small letters, but simply Guilloché Main. This proves beyond a shadow of a doubt that this radiant dial is indeed a guilloché. 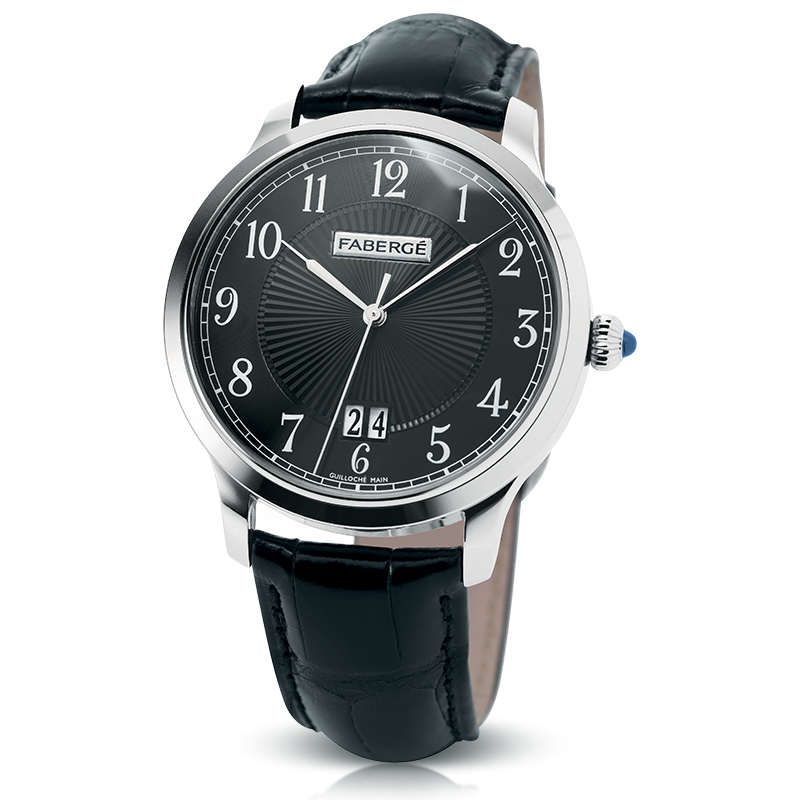 Above this (and the 6 too) are the date windows. In true Lange style, there’s two independent windows which each have their own disk behind them with the numbers on. Their location on the dial seems a bit cleaner and tidier than say on a Patek Calatrava that has it’s single window at the 3 O’Clock position. At the 6 O’Clock position it looks more symmetrical than anywhere else, symmetrical with the logo that is. Speaking of the numerals, they’re unlike anything I’ve ever seen, the way they curl is like there’s no tomorrow.

Then there’s the hands. Wide polished ones that slim down to a hair near the end. This gives them a presence on the dial but makes them look more precise than large ones or arrows. There’s only three hands on this watch, but there are other Fabergé pieces that feature a chronograph. Don’t expect them to go much more complex then that, although they do have a watch lineup it’s not their main focus. Then there’s the crown. Like Cartier pieces, it’s got a sapphire in it, but that’s where the similarities end. For you see the cabochon in a Cartier is synthetic. It probably helps with durability and keeping the costs down and it’s still a nice touch, no doubt. The sapphire in the Fabergé is genuine and another reminder of the illustrious history of the house of Fabergé.

This raises another good point. Fabergé does not make it’s own movements, there’s no in house wizardry here as Fabergé is a jeweller not a watchmaker. Neither will you find an ETA movement in there, without wishing to upset it definitely wouldn’t be fitting for a watch from a brand of this calibre. Inside there’s an automatic Frédéric Piguet movement. When quartz was everything in 1987 Frédéric Piguet launched the world’s thinnest hand wound chronograph and it enjoyed great success. Although i am slightly saddened that this isn’t an in house made calibre I can’t blame Fabergé for stepping back and letting a company that does it for a living take the reigns. I know that if I were given £25,000 to spend down Bond Street I’d check out some other boutiques out of pure curiosity, but they’d simply be leading up to the Agathon.

It’s a little tricky to explain, but Fabergé has something that no other brand does. When you think of  jewellery, there’s brands like Chanel, Cartier, Bulgari and many others. They’re all fantastic, they all win they all make amazing products and have a great history. But Fabergé sits above them. The company that started with a funny man sitting there making one egg shaped piece of art a year for a family who’s time was ticking before they got the boot just happens to be world famous. You can know the Fabergé in the watch ring and compared with the professional brands it wouldn’t stand much of a fight, except for that dial and the sapphire in the crown. But these companies also like to produce some jewellery to accompany their lineup. Which would you rather have? A genuine piece of Patek Philippe jewellery, or a genuine piece of Fabergé jewellery?

Price wise, the Agathon Date is actually not too bad. For solid white or yellow gold, it costs near enough £24,000. Now this is way more than a Calatrava, Patrimony, Jules Audemars or Classique, you’re paying for a watch that apart from the strap and movement is entirely handcrafted by the masters. Cartier sets the benchmark for jewellery, Fabergé is the very top. Expect to see more of Fabergé pieces too on this website, I’ll be looking at them in depth more often as there are some real gems out there (horrible pun not intended).

There are many many works of art like the Patek Philippe Calibre 89, the Breguet Marie Antoinette and the Vacheron Constantin Tour de ’ille and though they’re all fantastic they are nothing compared to the Fabergé eggs and I know that Peter Carl Fabergé’s legacy lives on strongly in this watch. For more info, please visit faberge.com