To highlight the craft of fine mechanical Swiss watchmaking, Prestigious Swiss watch brand Patek Phillipe has been organizing exhibitions around the globe for quite some time now. After 2017’s event in New York, Patek Philippe has now shifted focus towards the South East Asian region and has chosen Singapore as the destination for the fifth exhibition which opened its gates at the Marina Bay Sands theater on 28th September 2019. To mark the occasion Patek Phillipe has launched six limited edition timepieces and for today we will look at the Patek Philippe World Time Chronograph Ref.5930G, a watch that presents a sizzling new take on a practical complication through its fume red dial. 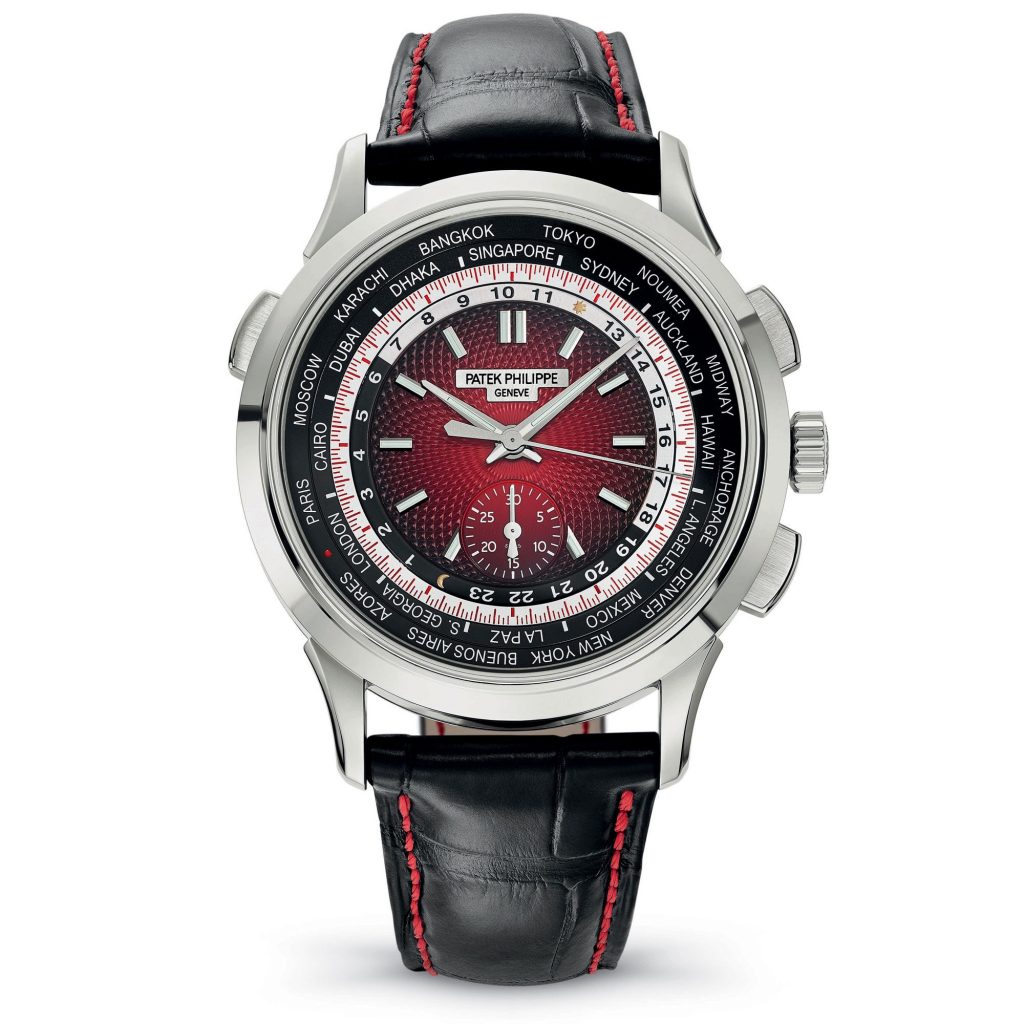 Right off the bat what steals the spotlight here is the hand-done red guilloche dial. The intricate combed pattern lends the watch a sophisticated and luxurious appeal, but what heightens the visual drama is the degrade effect. It begins with a deep shade of red at the center and takes an almost blackish red hue in the area surrounding the applied hour markers. Apart from the new color, the layout remains the same as the blue dial 5930G reference which was released at Baselworld 2016 and displays a host of information that includes chronograph minutes/seconds, and time across 24 cities around the world (Beijing replaced with Singapore for this limited edition). It is also worth noting that even with so much detail on offer, the face of the watch manages to remain highly legible. 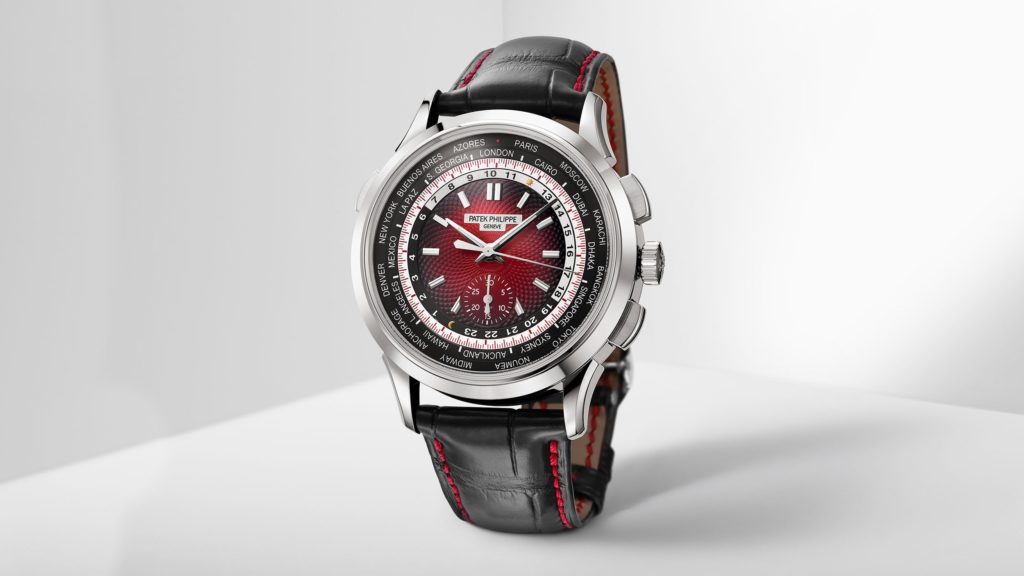 The case on this watch is made from solid white gold and is well proportioned. It measures 39.5mm wide which combined along with a thickness of around 12mm should translate into a watch that sits comfortably on a variety of wrists. The case is flanked by 2 chronograph pushers and a crown on the right and there is a pusher at 10 on the left to control the world time function. 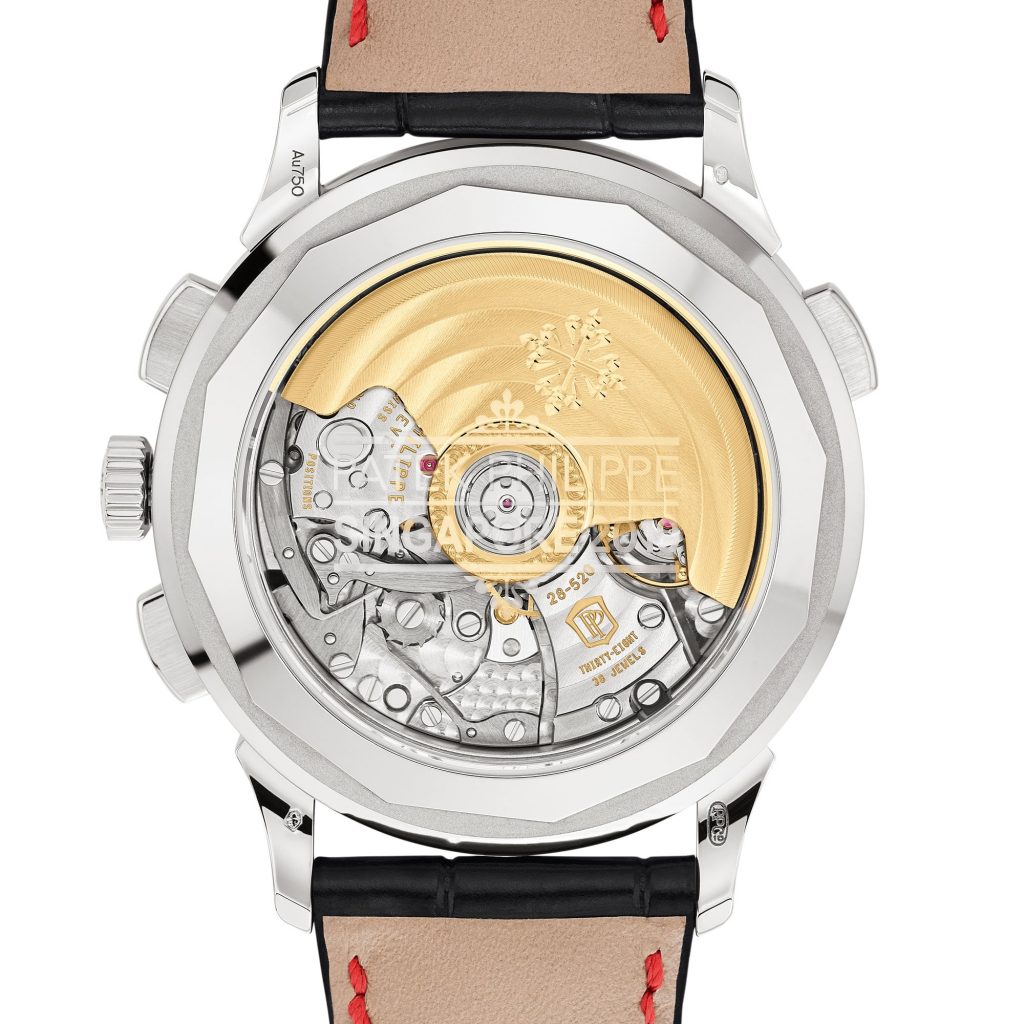 Driving the Ref.5930G is the caliber 28-250 HU. This is an automatic movement that comprises 343 parts and is just 6.6mm thick contributing to the thin profile of the watch. It operates at a frequency of 4Hz and offers a power reserve of around 55 hours. Also like any other Patek, the movement has been exceptionally finished and can be admired through the exhibition case back.

The new red dial Patek Philippe Ref. 5930G is a handsome looking watch that is limited to just 300 pieces and would be available to purchase only in Singapore and South East Asia. The price of the watch has not yet been announced, so we will update this space as and when we have the relevant information.