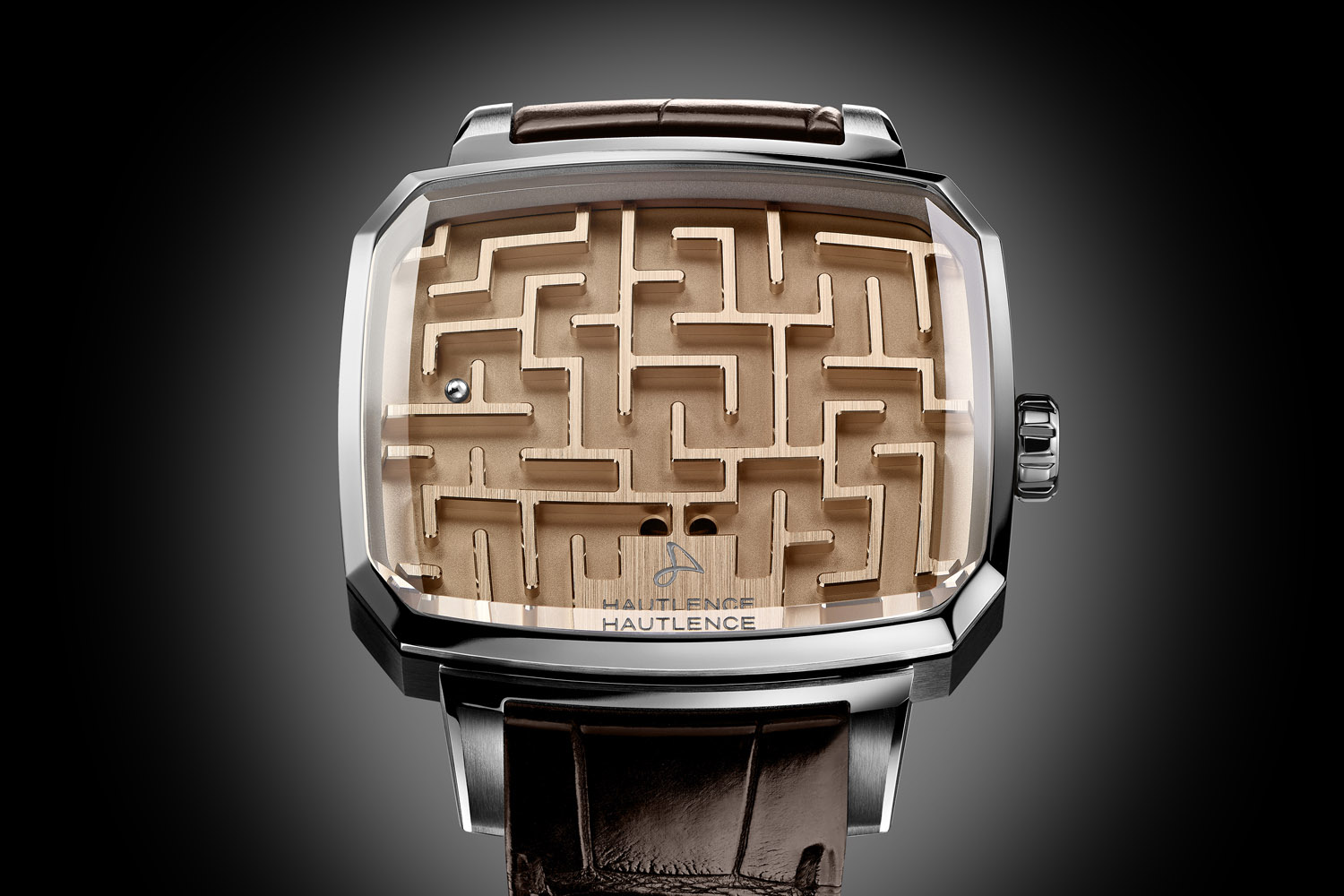 Well, I thought that would get your attention, that title. Let’s be honest, normal watches are boring these days. Who doesn’t look at a Rolex or an Omega and think that they’re just too plain, and while Patek Philippe does seem to be passé at the moment, at least, they’re still functional and good looking. What people look for in their timepieces varies greatly from person to person, some look for a purely functional watch that just goes on, which is when something like a G-Shock or a Submariner. Then there are those that want something that tells the time in an arty, meaningful way. Watches such as the HYT H2 and the MB&F LM Perpetual spring to mind. So what about a watch that doesn’t even do anything of the sort? How about a watch that isn’t even a watch, but just a fancy child’s toy for the wrist?

For me it’s not too bad, I enjoyed games like this especially when they were of the 3D variety. The newly appointed CEO and co-founder of Hautlence, Sandro Reginelli spoke of how the piece was supposed to remind him of the out-dated games he played when he visited his grandparents. If you weren’t aware, Hautlence is the lesser known sister company to H.Moser & Cie and, as such, they share a creative drive that often leads to interesting developments or humorous watches (take H.Moser & Cie’s Swiss Alp watch, their super very not subtle way of laughing at Apple for releasing a watch). 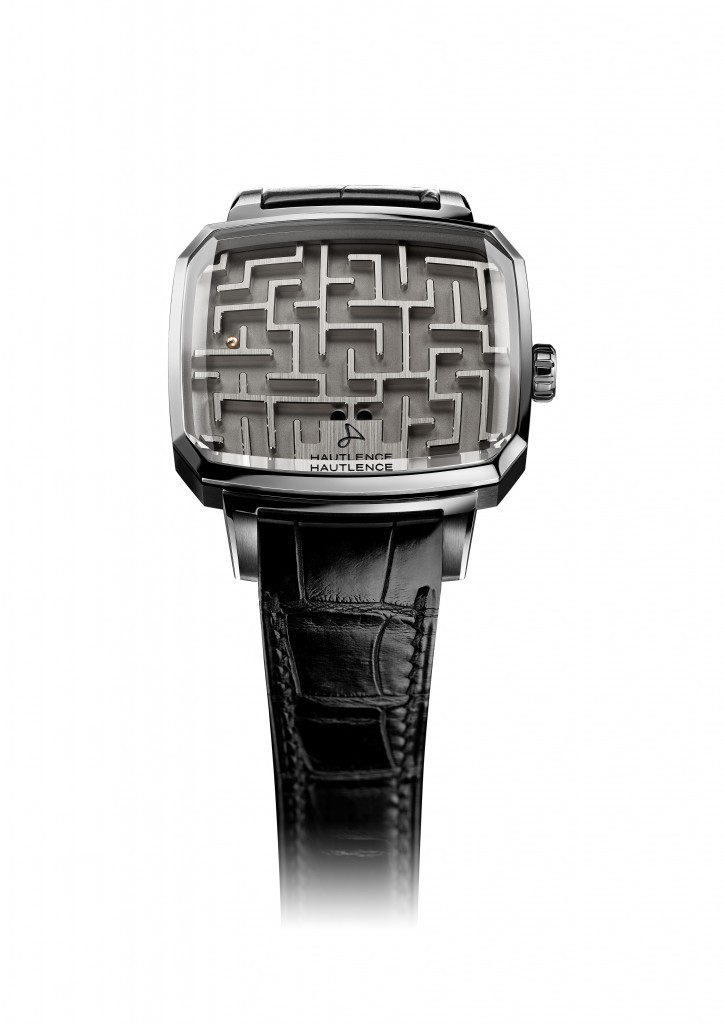 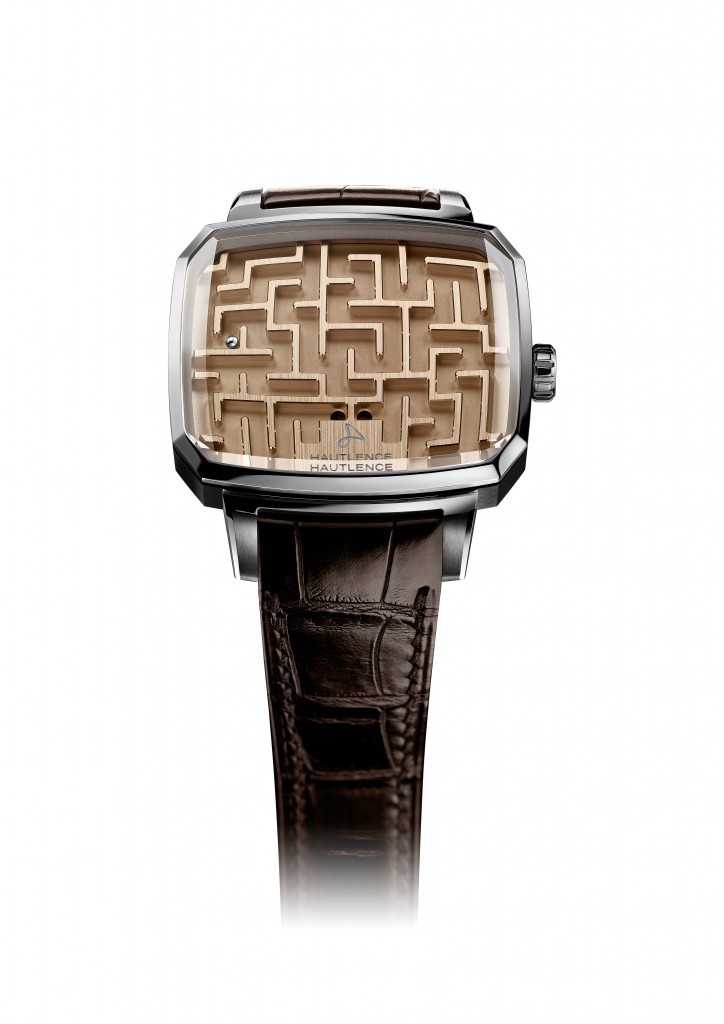 To make sure that they aren’t completely losing it, Hautlence have added a mechanical feature to the game. When you finally manage to get to the end of the maze the ball will disappear, actuating on the crown will engage a return system, allowing you to play again as many times as you like. If you have always loved the idea of whimsical art taking place of your trusty timepiece then this might just be your dream come true and for 12,000 CHF a piece, they’re pretty reasonably priced too. Be quick, there’s going to be 18 examples of each and a total of 36 altogether. For more info, please visit hautlence.com

A keen bass guitar player, Harlan enjoys all the perks modern watchmaking technologies the industry has to offer. Although you might catch him sampling Omegas or the “odd” Rolex, Harlan loves all things Haute Horology, with his three favourite brands being Breguet, A.Lange & Söhne and Vacheron Constantin. He hopes to study timekeeping more in-depth someday and will never be able to thank his father enough for introducing him to the industry. You can follow him on Instagram Read his articles here