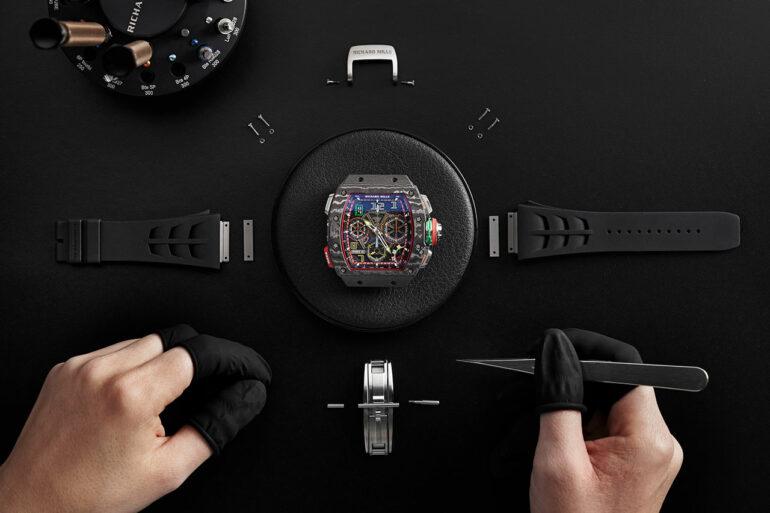 This is Richard Mille's most complicated automatic watch, and it's not as expensive as we were expecting... Mostly...

As an early Christmas present to us, Richard Mille is showing its new RM 65-01, dubbed the most complicated automatic watch ever to leave its workshop. You wouldn’t immediately think that, would you? Even though the dial is the usual jumble of textures and colours that we’ve come to expect from this brand, you can make out the chronograph subdials of the watch easily. But, oh boy, is there a lot going on in there, let’s take a closer look. 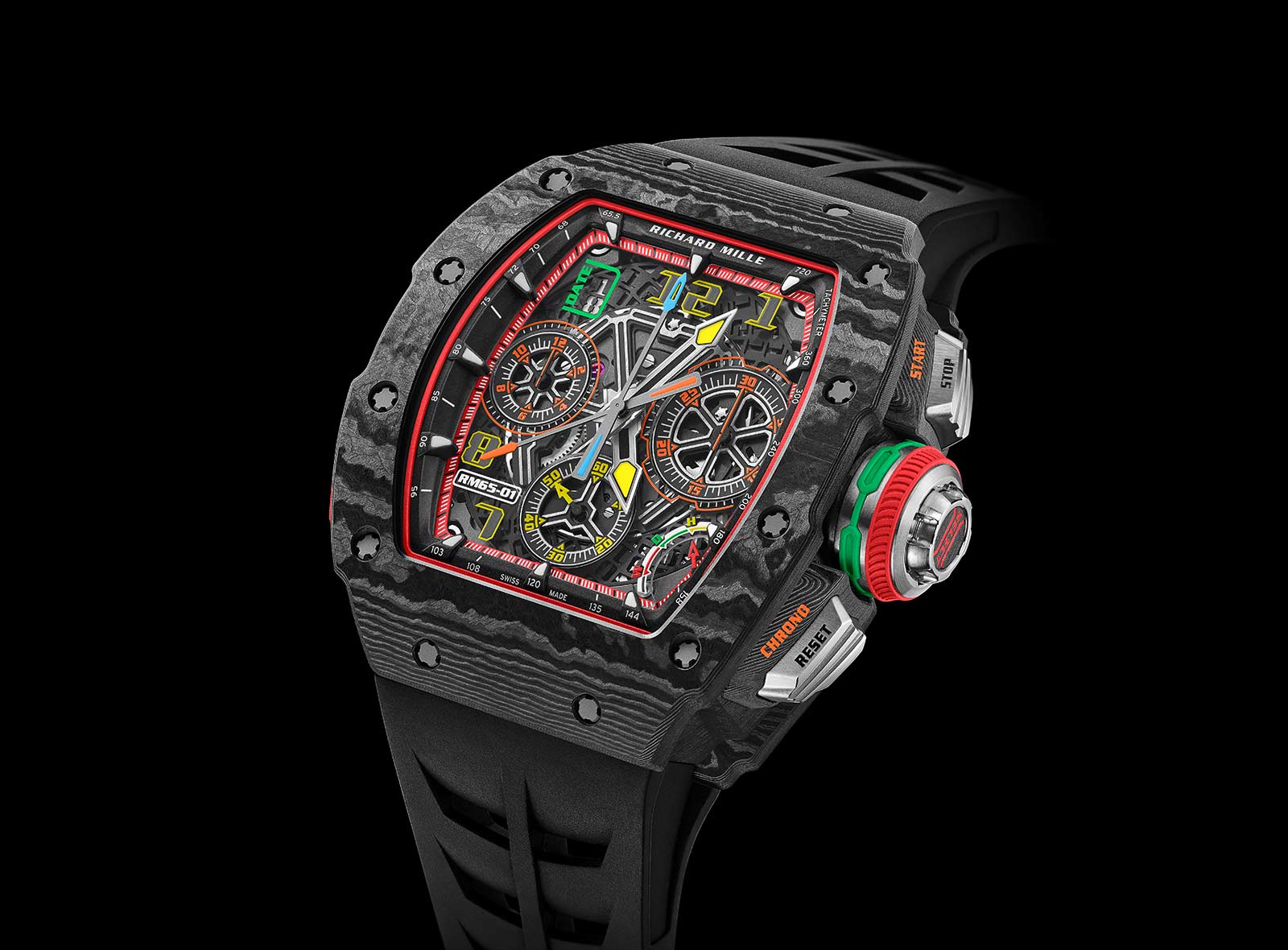 The case of the watch is made in the usual Richard Mille tonneau shape and measures in at 44.50mm x 49.94mm x 16.10mm. Thanks to its Carbon TPT case, where the case middle, bezel and back are made from carbon fibre, the watch will still be light on the wrist despite the bulk. A rubber strap with racing vents inspired by the world of motorsports keeps this watch snug on the wrist. 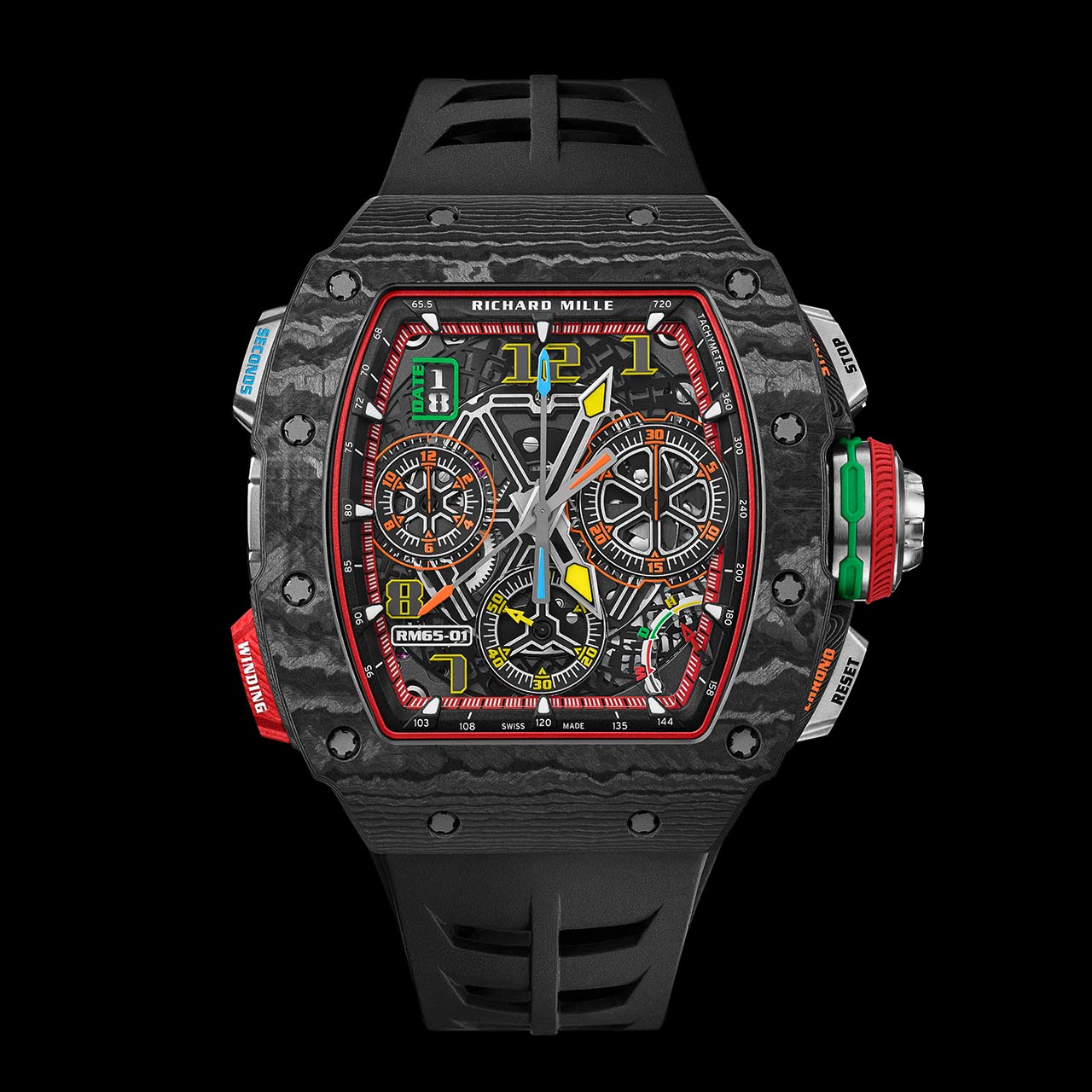 The dial of the watch us a cacophony of information which Richard Mille has supplemented with colours to make a somewhat legible design. At 11 o’clock is a date window which has been arranged vertically and the numbers for which can be seen underneath the dial. This is outlined in yellow, along with the hour markers, the time hands and the subdial at 6 O’clock, these represent your everyday features. Chronograph functions are indicated through the colour orange, with the seconds hand, minute subdial and hour subdial having this colour. The split-seconds function utilises the colour blue, of course, you won’t see the split-seconds function until you activate it via the pusher at 10 O’clock. 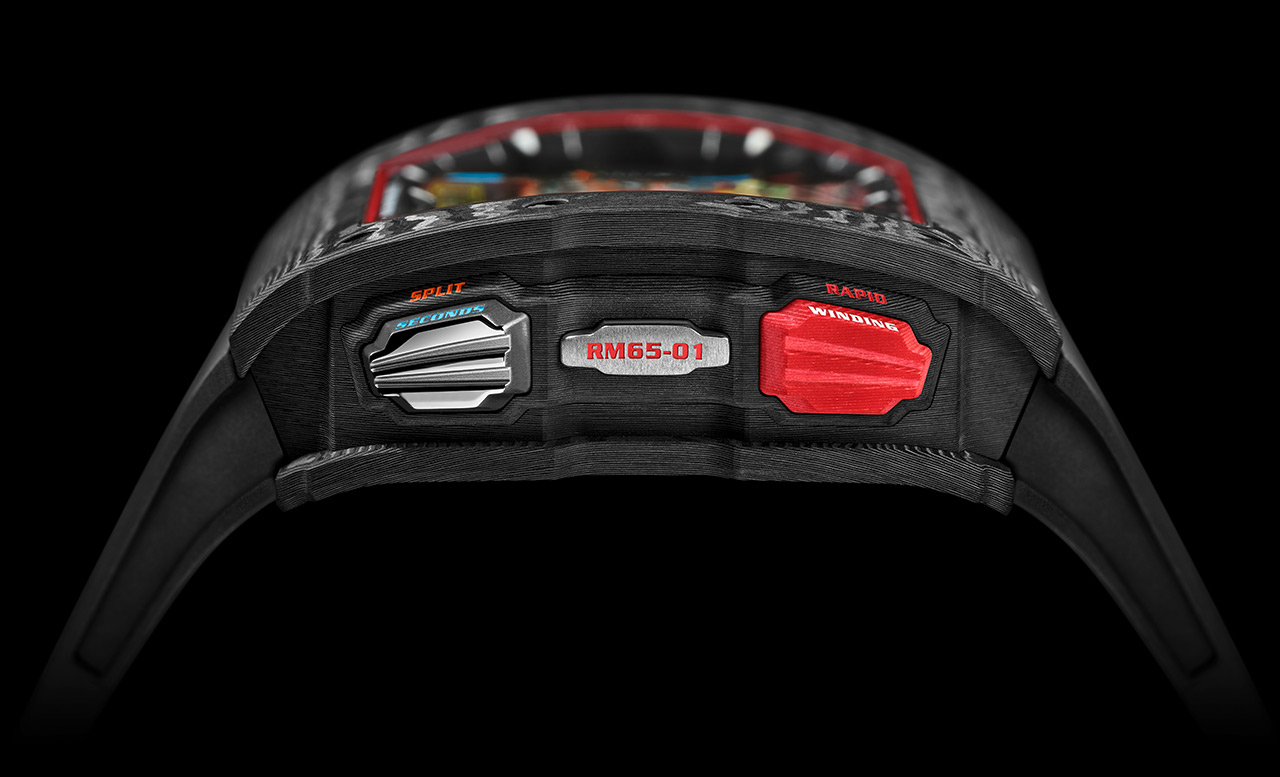 Then there are the winding functions which are coloured red. These consist of a hand near 4 o’clock which shows you whether the crown is set for winding (W), hour adjustment (H) or date adjustment (D) and a red pusher at 8 o’clock. This pusher, when pressed, winds the movement, it only takes eight presses to wind the movement to its full 6-ish hours of power reserve from stopped (power reserve is determined by how much the chronograph is used). 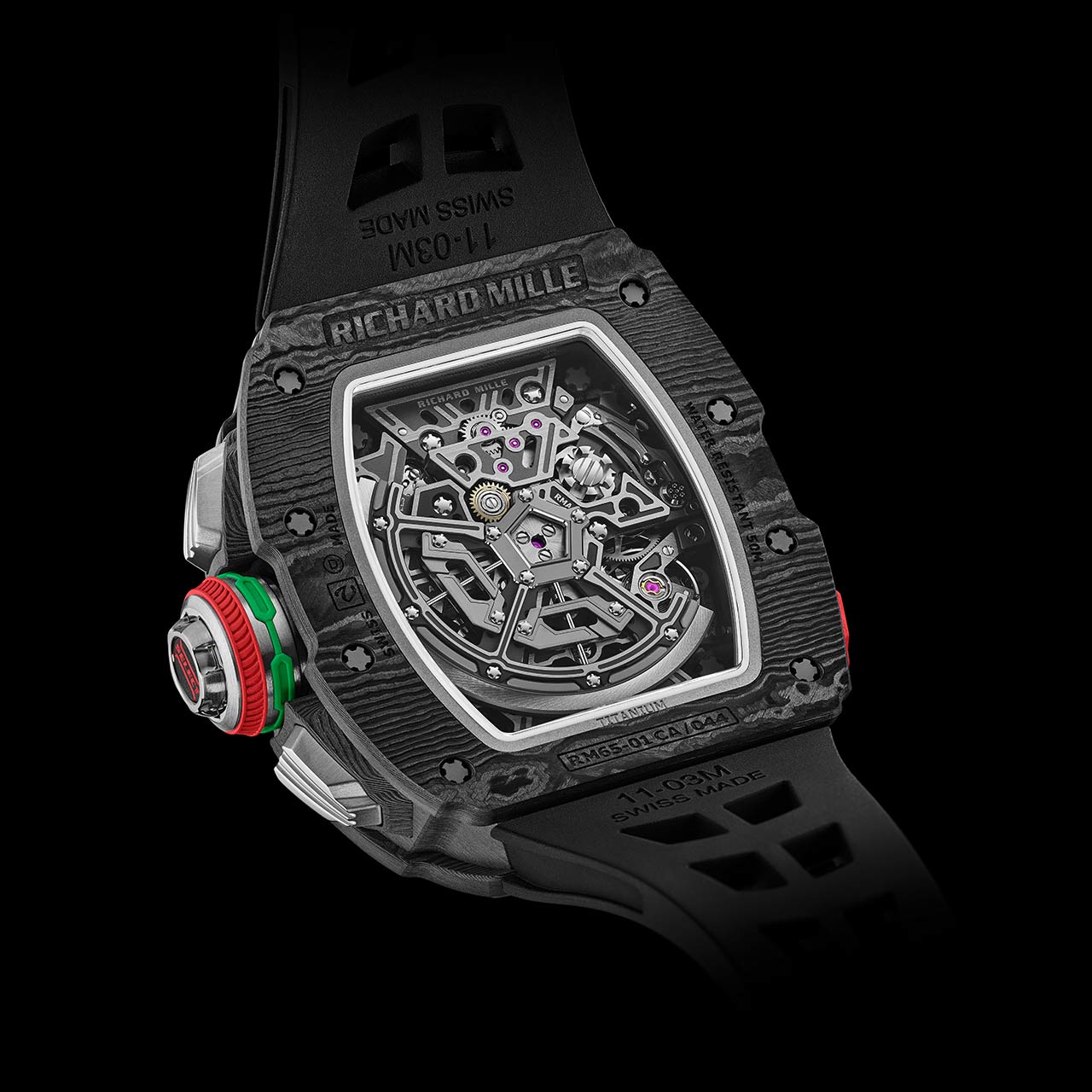 The calibre RMAC4 (developed with Manufacture Vaucher, based in Fleurier) features a baseplate and bridges made of grade 5 titanium for durability and resistance to corrosion., it’s also extremely light. The watch also has the signature variable geometry rotor, which allows the staff at Richard Mille to adjust the amount of movement the rotor does. This means that if you intend to use the watch as a part of your active lifestyle, such as playing Tennis, you can tell them to set it up that way and it’ll prevent damage to the winding components. As of yet, you can’t adjust this feature yourself. The movement also offers a 5Hz beat rate for accurate timing, but who cares really, it’s just crazy to look at.