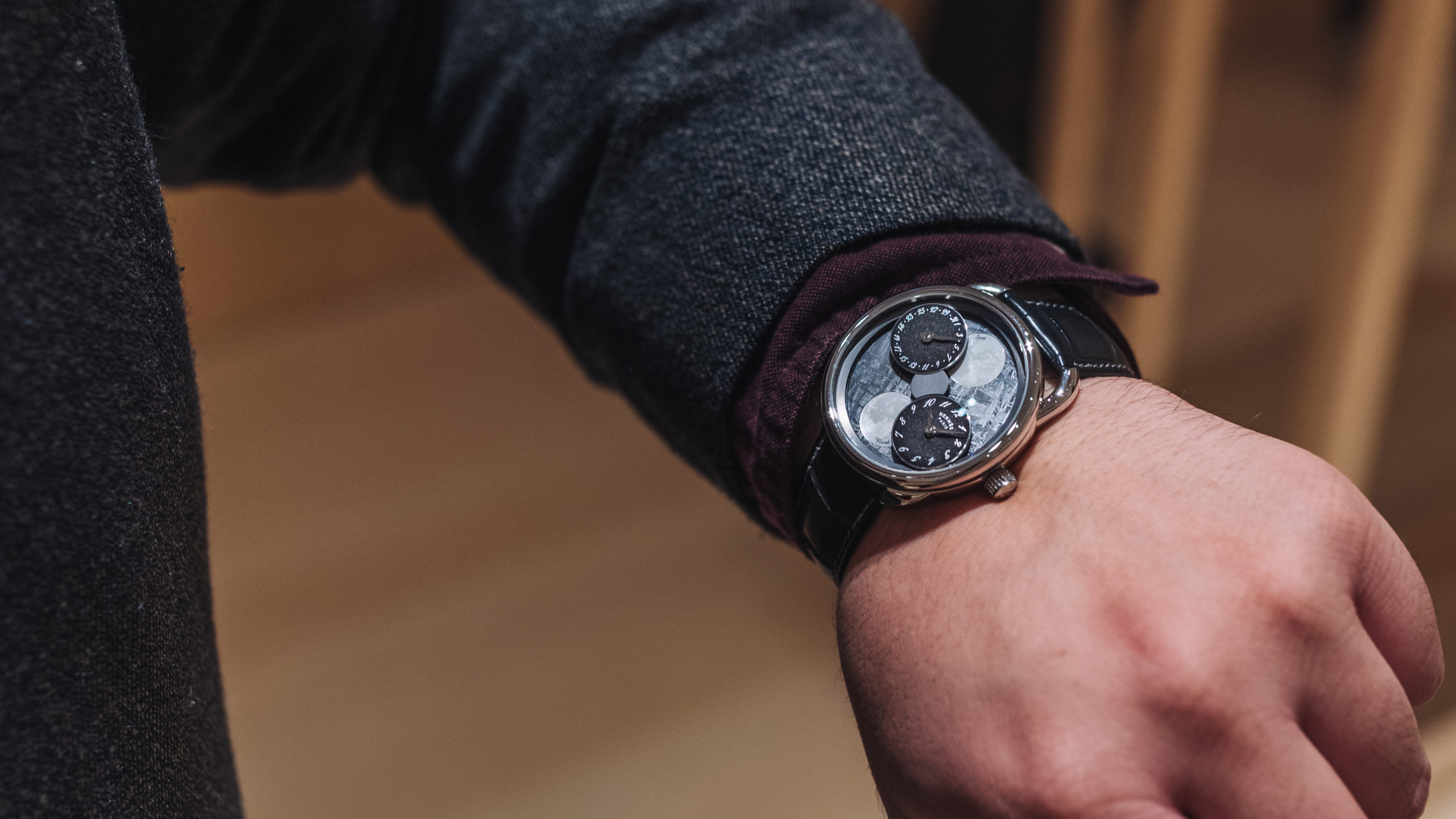 Hermès is popular worldwide as a premium fashion accessory brand. And while not as widely known, the brand does have a watchmaking department which has produced some really fascinating watches such as the quirky looking Acreau and the slender and interesting Slim d’Hermès GMT. For SIHH 2019 the brand has conjured up our senses by introducing a unique watch with a double moon phase complication called the Arceau L’Heure De La Lune. 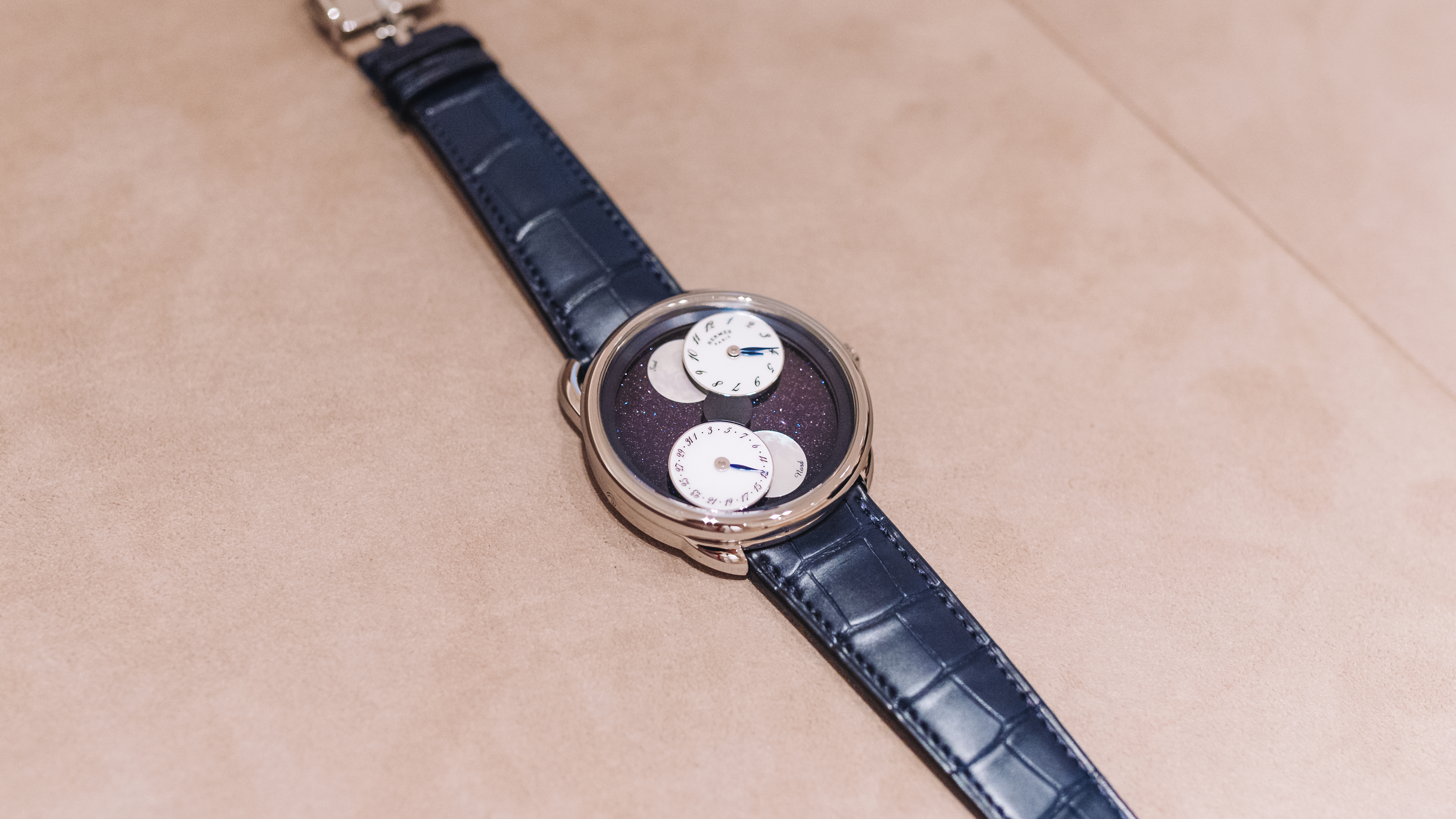 Moon phase complications might not rank high in terms of practicality but when executed well, the romanticism it evokes is unparalleled and Hermès Arceau L’Heure De La Lune is certainly a testimony to this. Inspired by planetary motion the dial of this watch features two rotating time keeping discs which float above the dial which has two beautiful hemispherical moons rendered using mother of pearl. Following the space-related theme, the dials have been either using blue aventurine or black meteorite and provide an excellent backdrop for the rotating black or white discs which display the date and time. 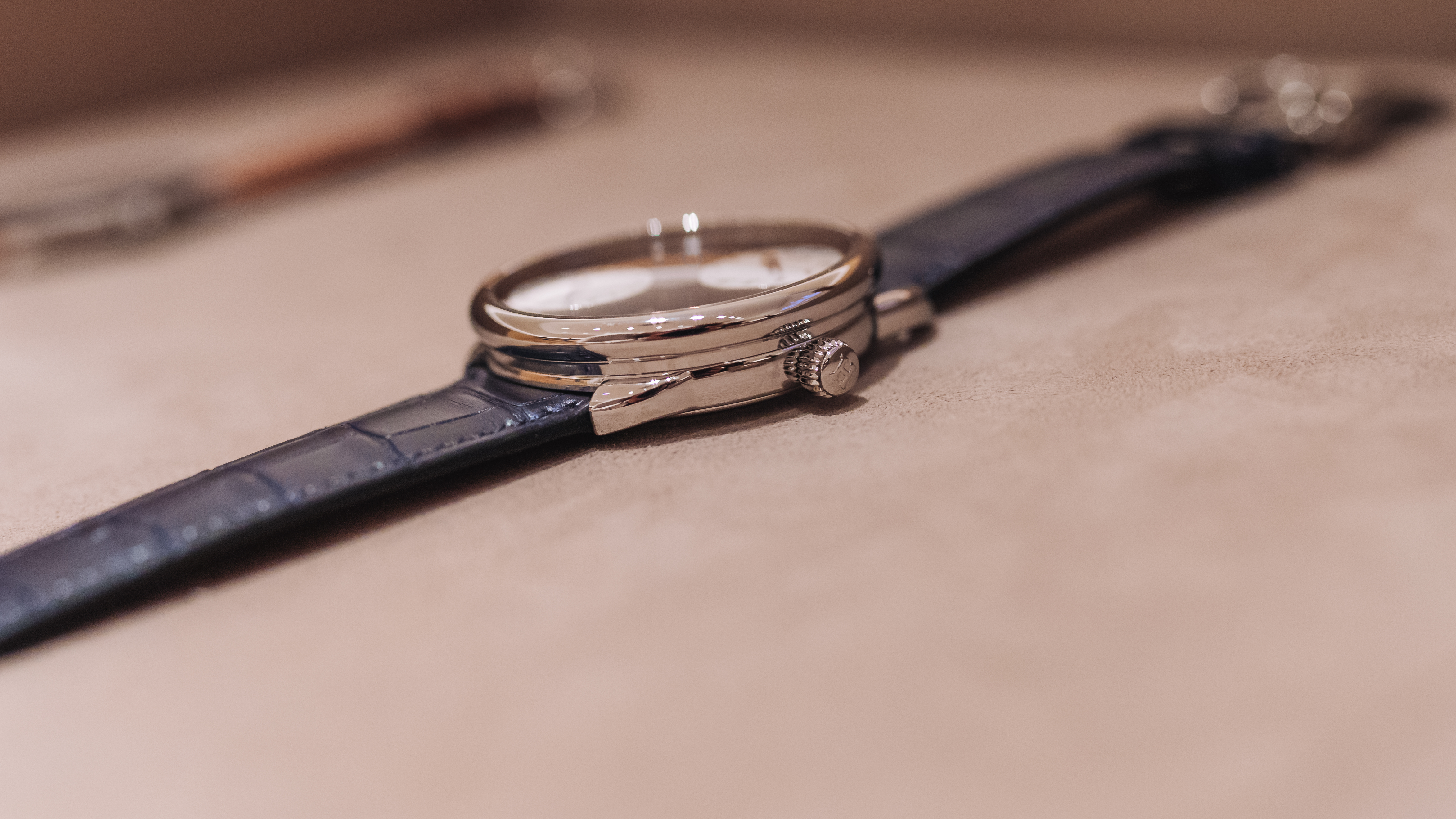 The case on this watch is made out of 18 ct white gold and shares its design with the one found on the Hermès Arceau 78. It has a diameter of 43mm and features a unique equestrian inspired lugs on one and wired lugs on the other giving the watch a peculiar visual identity. The case is water resistant to 30 meters.

Powering the watch is a modular movement which uses the brand’s in-house caliber H1837 as its base along with an “L’heure de la lune” module for the rotation of discs exclusively developed for Hermès by Chronode. The movement operates at a frequency of 4Hz and utilizes 193 components for the base and an additional 117 components for the module. It has been nicely finished with a circular-grained and snailed baseplate, satin-brushed bridges and an oscillating weight with the signature “H” pattern. 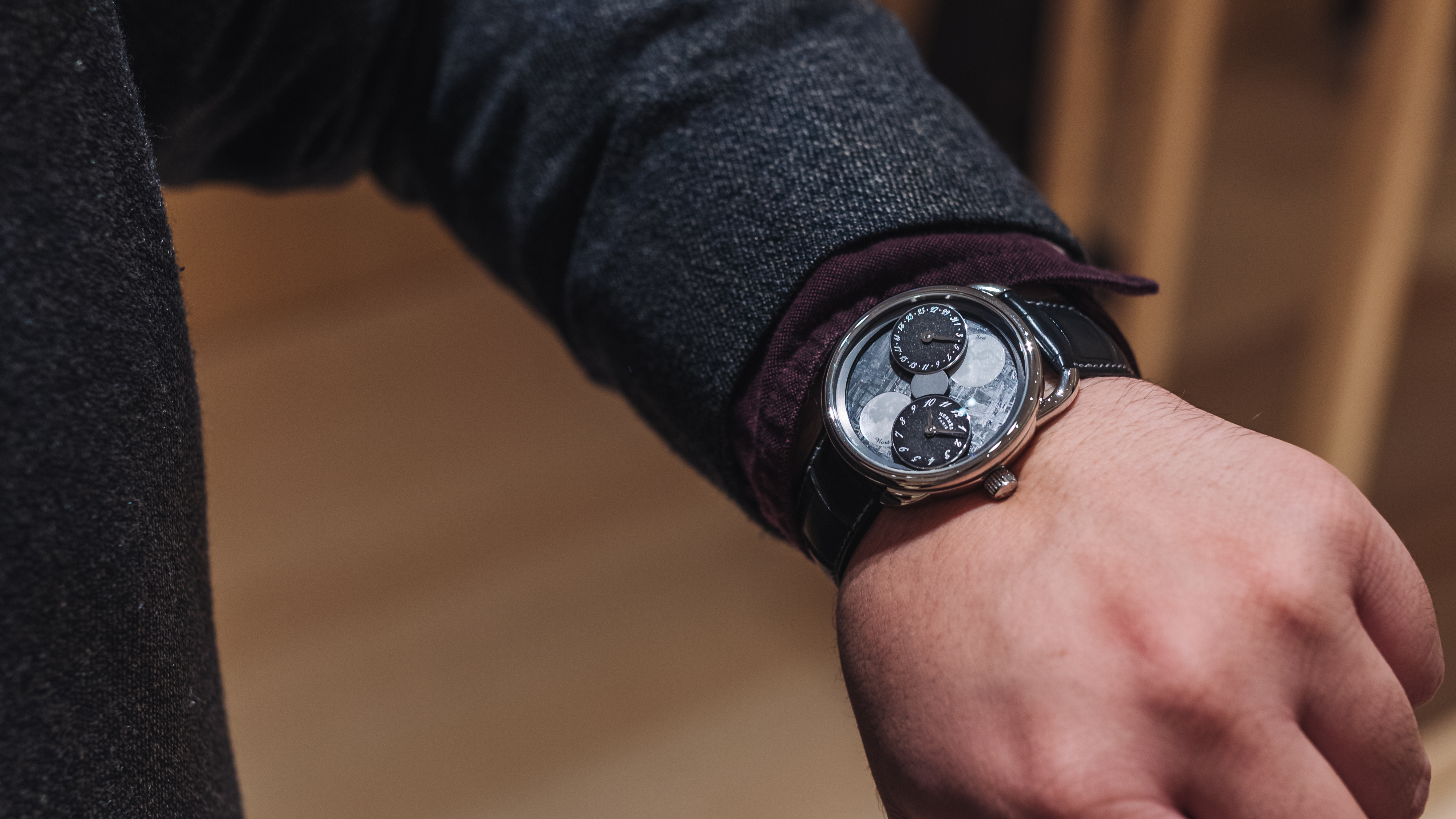 In the end, we would like to say that the Arceau L’Heure De La Lune is a stunning watch from Hermès which showcases the brand’s strong watchmaking capabilities and further strengthens its hold in the world of Haute Horlogerie. The watch is limited to a production run of 100 pieces for each dial variant and would come fitted with a classy alligator strap in grey or abyss blue. Both versions would retail at a price of EUR 23,000. Visit Hermès here.