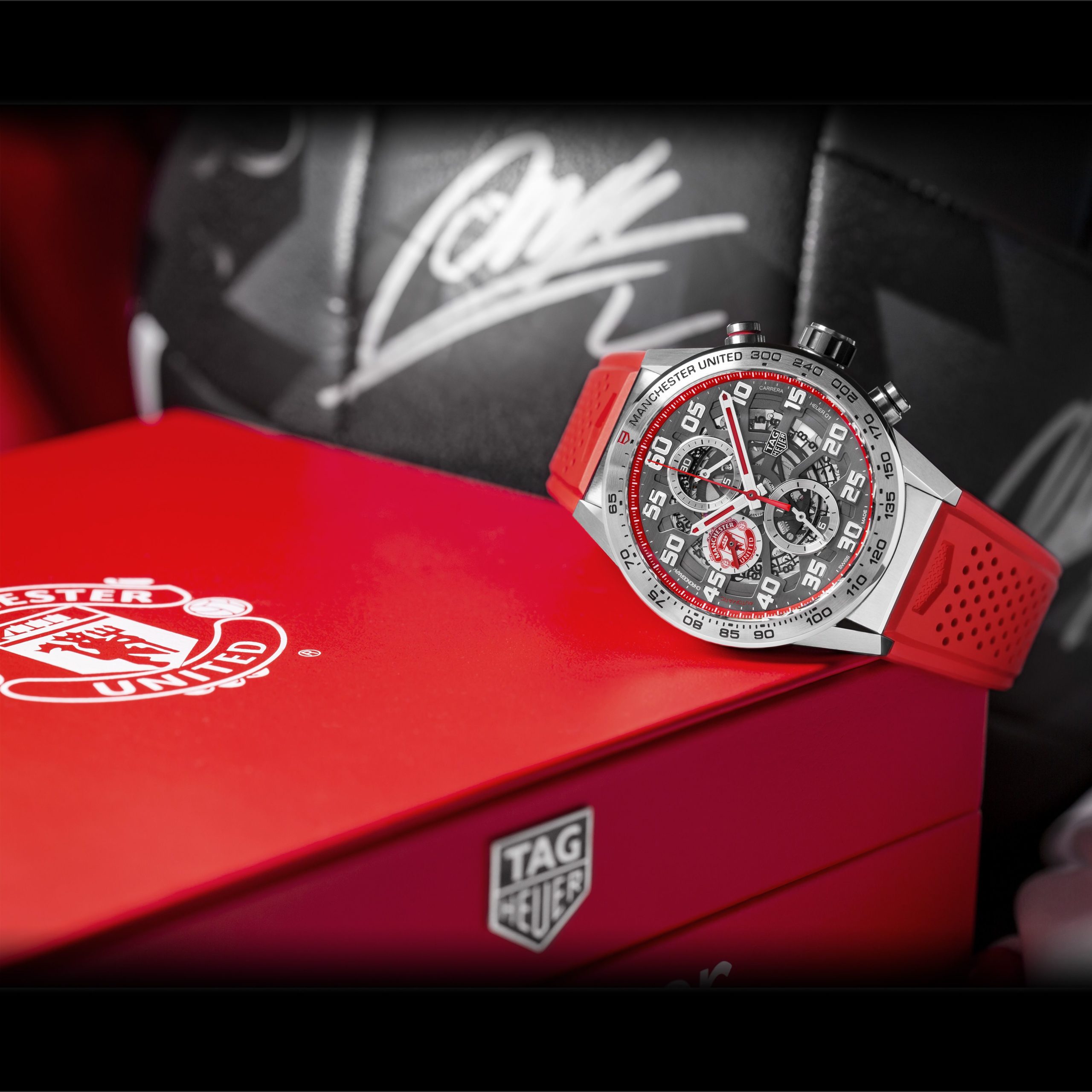 TAG Heuer has introduced two new limited series watches that pay tribute to one of the world’s biggest names in sports; Manchester United. Here we shall take a look at the TAG Heuer Carrera Heuer 01 Manchester United Special Edition (ref. CAR201M.FT6156) in greater depth and see what you will be getting in such a watch. 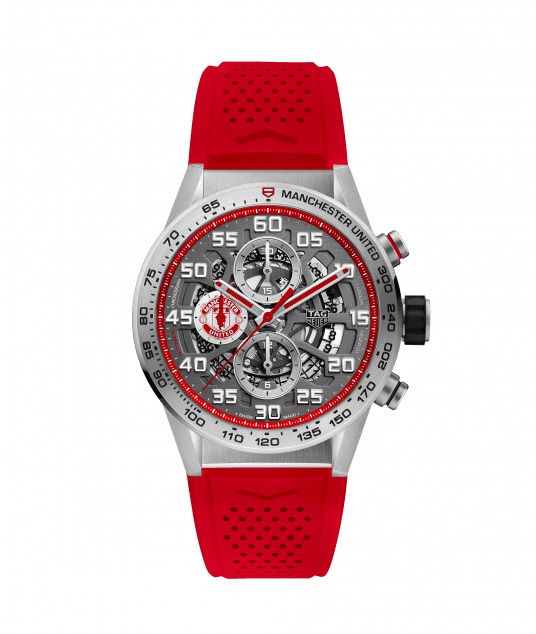 The base watch that lies underneath all of the Manchester United branding is the Carrera Heuer 01 and the lower level Formula 1 editions. This edition comes in the flavor of the Carrera Heuer 01, which was first introduced back in 2015 and has become a familiar offering in their catalog. These watches measure at 43mm across the stainless steel case, offer 100m of water resistance, and feature scratch resistant sapphire crystals on both ends of the watch. Some of the finer details that make this something that only a lifelong Manchester United fan could own would be the club symbol on the caseback, emblazoned in a the usual blood red. The bezel also sports a Manchester logo, while the chronograph pushers are lapped with black and red rings. The crown is rubber coated for a sporty look and feel. 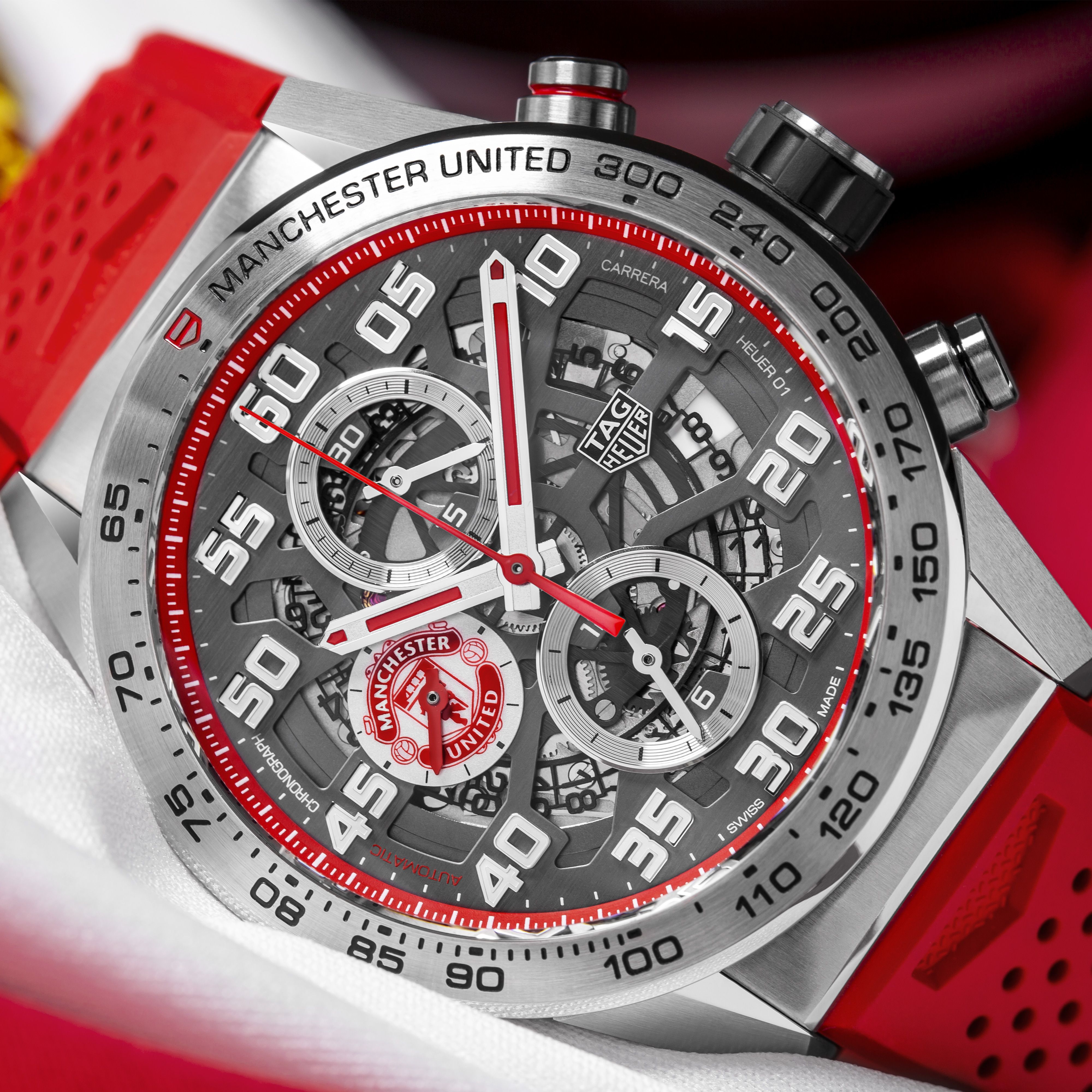 The dial is of a skeleton design with a tri-compax layout. The hands feature red Super LumiNOVA phosphor as the luminescent material of choice. Manchester United once again makes its way into the picture with a small club logo on the nine o’clock register. It as well as the minute scale chapter ring are also blood red to match the rest of the watch. 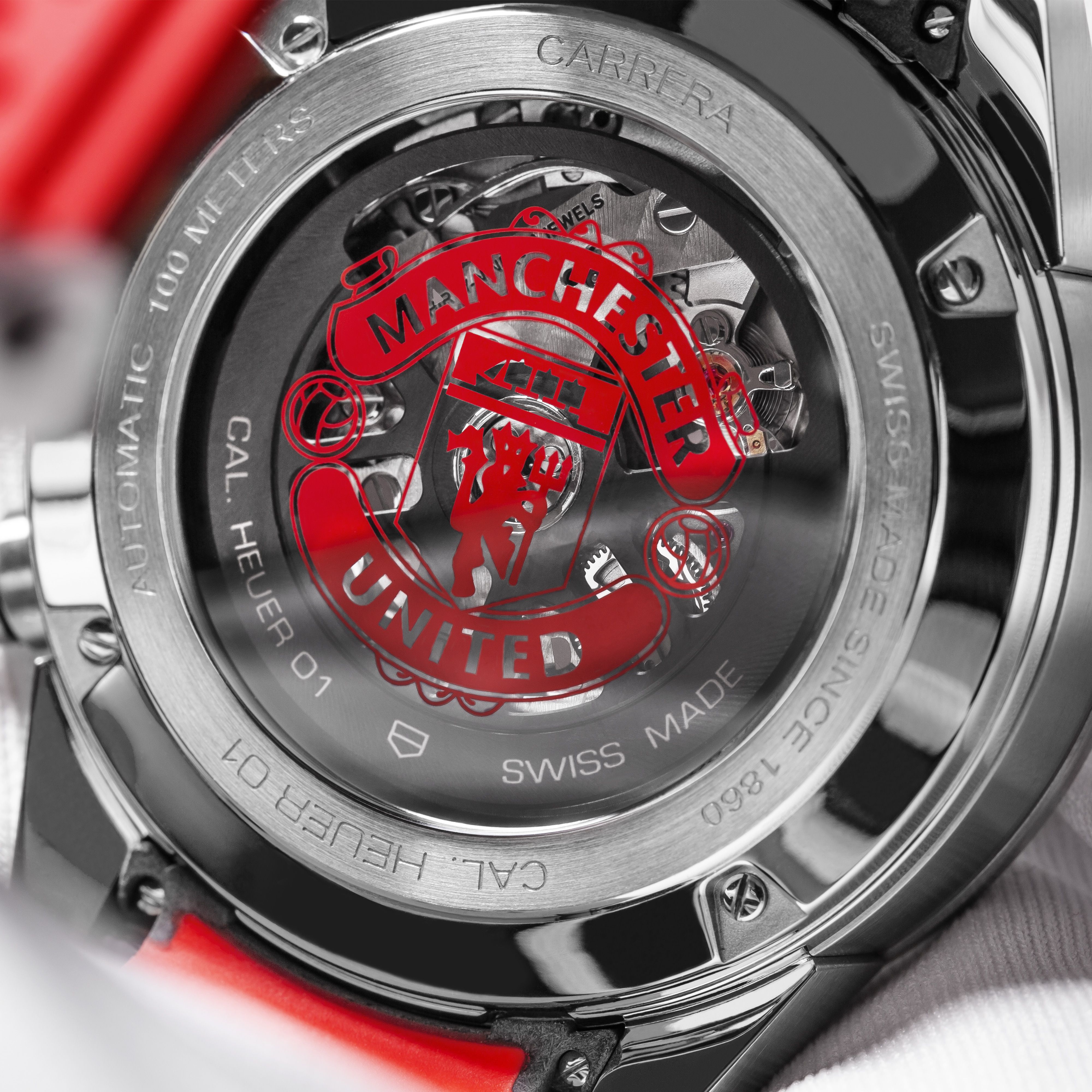 The movement in question for this watch is the Caliber Heuer 1. It is self-winding, sports a column wheel chronograph, and even has the date tucked between the three and four o’clock positions. Beating at 4Hz, the Caliber Heuer 1 boasts a 50 hour power reserve and goes even further into Manchester devotion with a blackened rotor, Geneva striping, and red accents on column wheel. The watch comes fitted to a red rubber strap that matches the rest of the accents found on the watch. 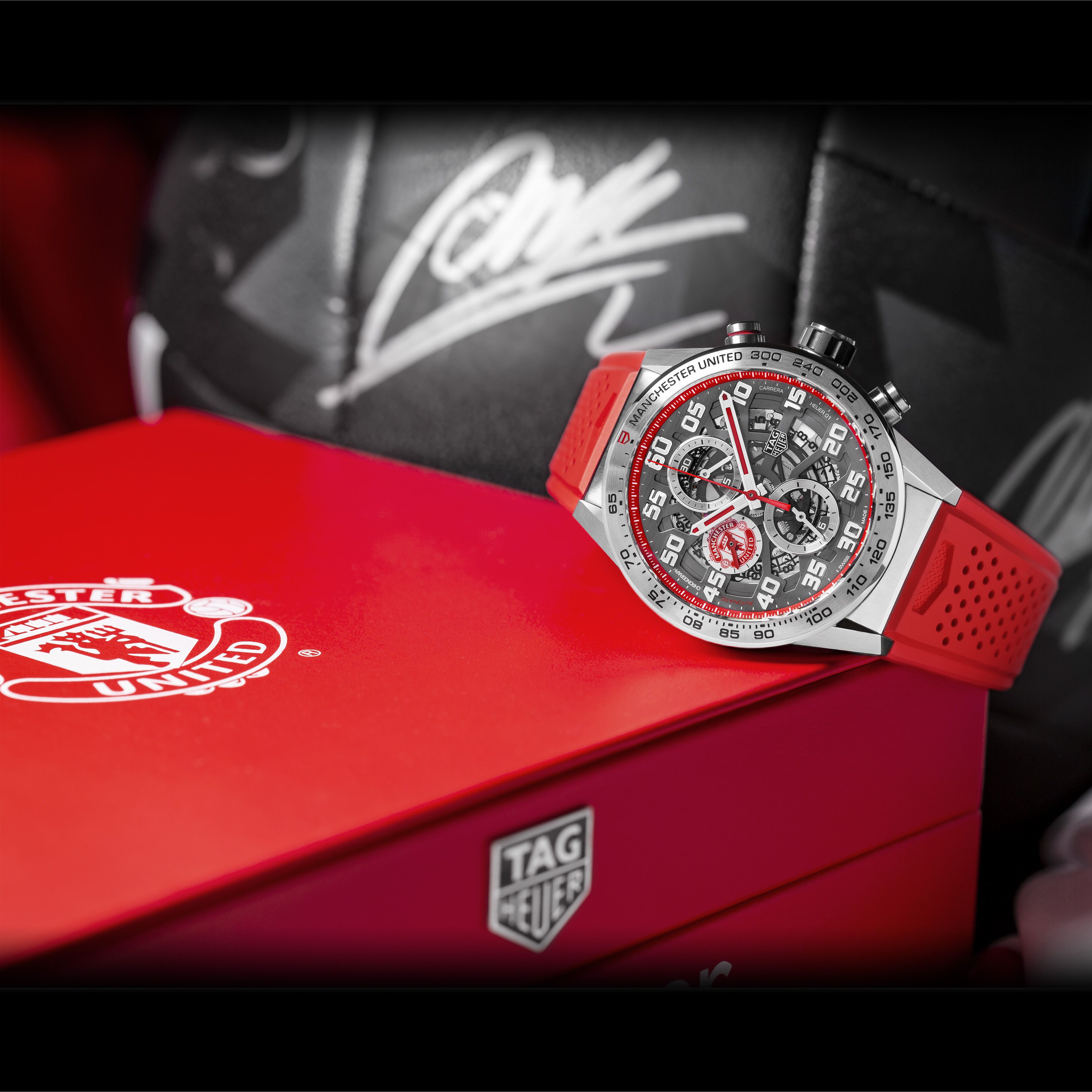 There is really only one reason to own this watch. You have to be the world’s most devoted fan to a football club to get a watch that features nothing but the branding of that team. This speaks to a very select crowd, and if you are interested in showcasing your affinity for Manchester United, then TAG Heuer has created this specific chronograph to address the fact that you don’t own nearly enough limited edition TAG Heuer limited edition Manchester United watches. It will be offered at 5,550CHF. Visit TAG Heuer here.