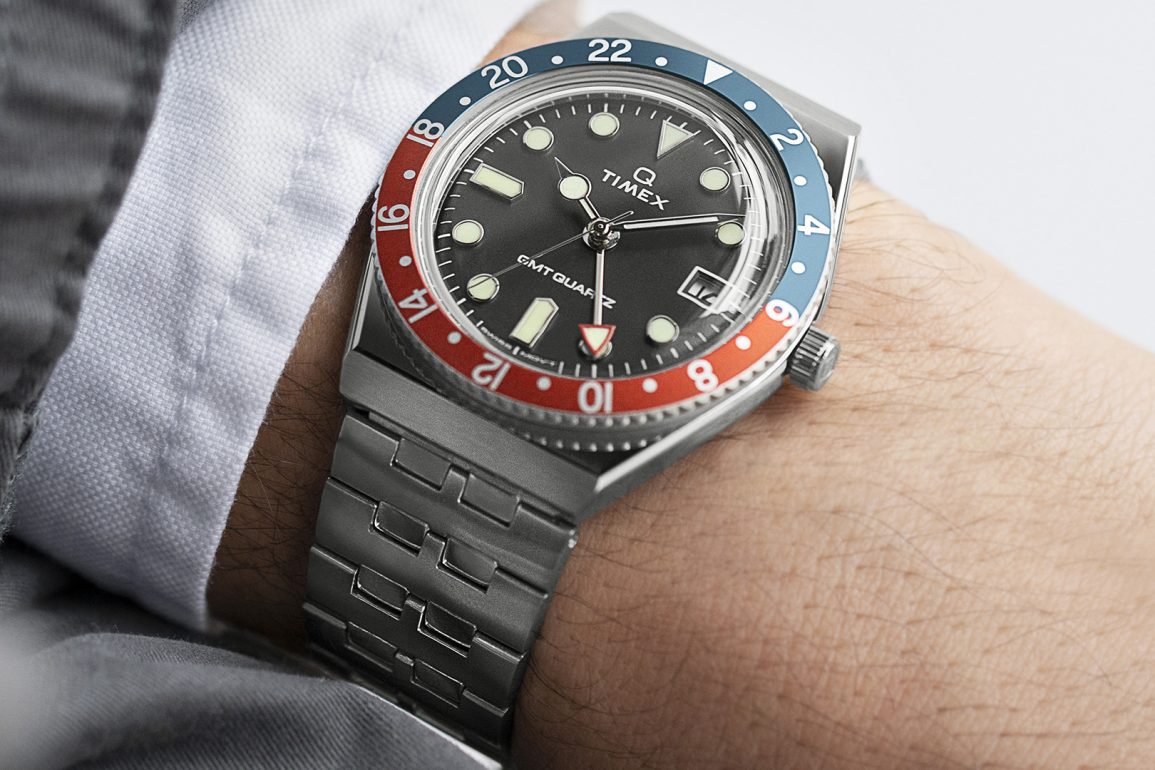 Timex launches the inaugural GMT in the Q Timex line.

Inspired by the early quartz models of the 1970s and 1980s, the Q Timex from Timex was originally reintroduced in 2019 with positive reception among watch enthusiasts and casual watch consumers alike. Since then, the Q Timex has seen an assortment of variations owning to the success of the base model. Those were the three-hand models and now for 2022, Timex has introduced a new Q Timex in three distinct colorways. While its predecessors were three-hand watches, this one is a GMT, the first GMT in the Q Timex lineup. 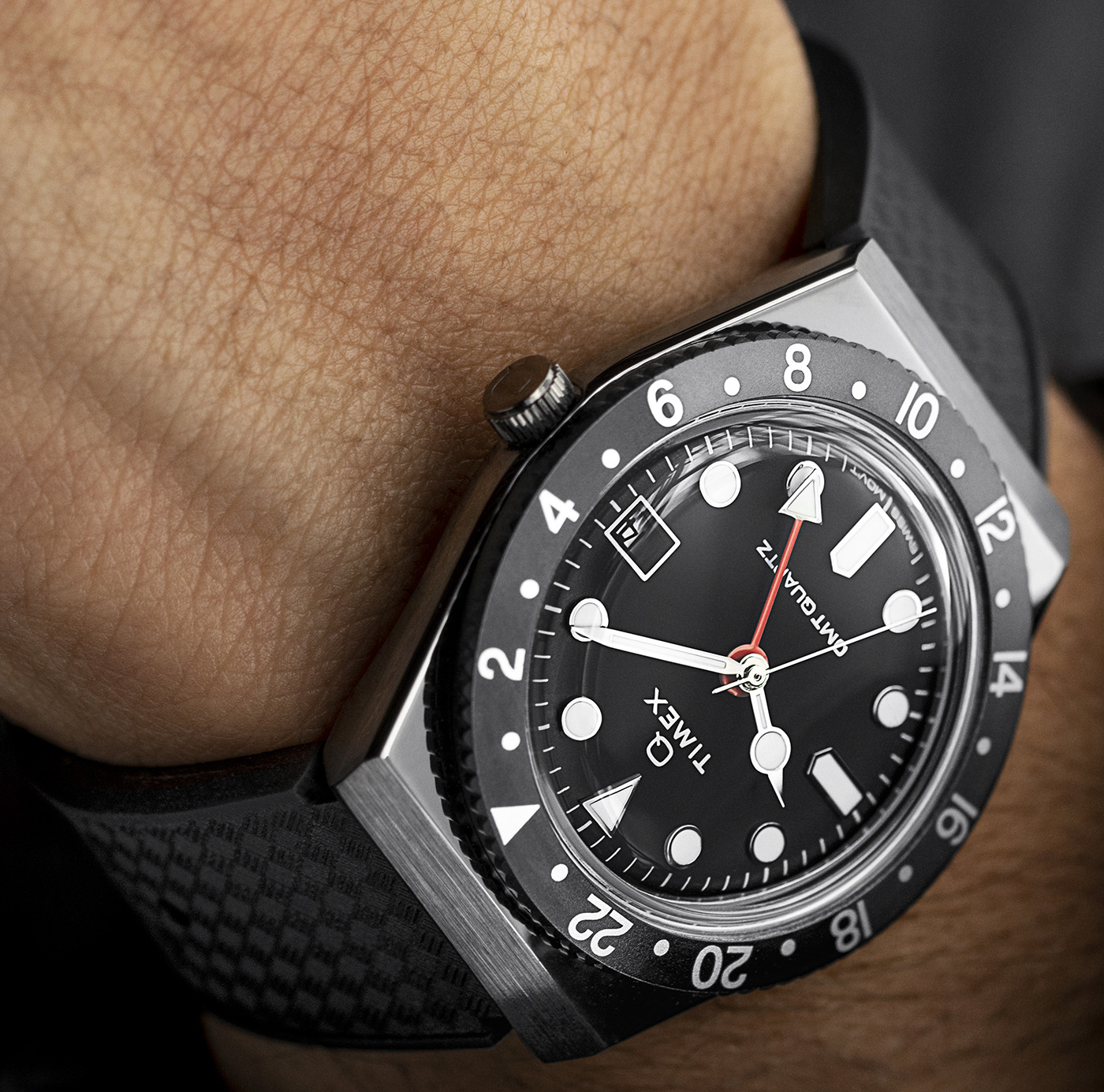 As in the three-hand Q Timex model, the bidirectional coin edge bezel is the same, while three colorways are offered on the two-tone bezel insert. A red-and-blue “Pepsi” bezel, a black-and-blue “Batman” bezel, and a mystifying all-blacked-out bezel. All three versions include a matte black dial with applied circular hour markers and lume-treated hands and hour markers. While its predecessor had a 12-hour scale, Q Timex GMT has a 24-hour scale. In addition, instead of the conventional Q Timex’s combined day/date aperture, the date is now in the form of a single square date aperture. The movement drives the lollipop and straight sword hands, as well as the polished stick seconds hand around the dial. What remains the same is the domed acrylic crystal and caseback battery hatch design for quick battery replacement. The GMT hand has a triangular lume-filled tip in all models, in the Pepsi model, it’s in sandy khaki fauxtina and in the black cased model it’s white. 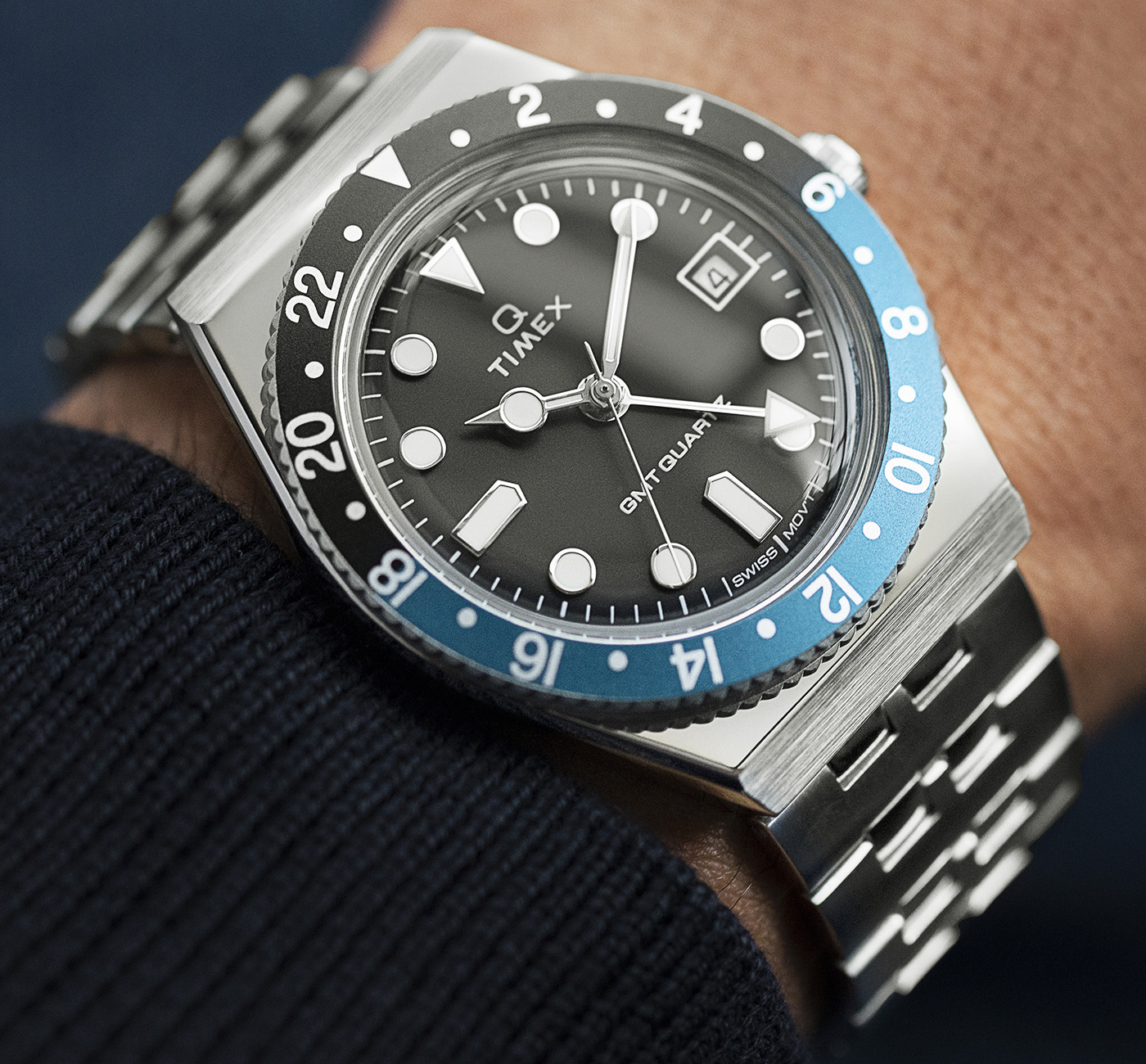 The case is constructed in stainless steel and is slightly thicker than its forerunner, measuring 38mm x 12.5mm. It has a 50 m water-resistance rating, however, it is limited by the battery hatch. 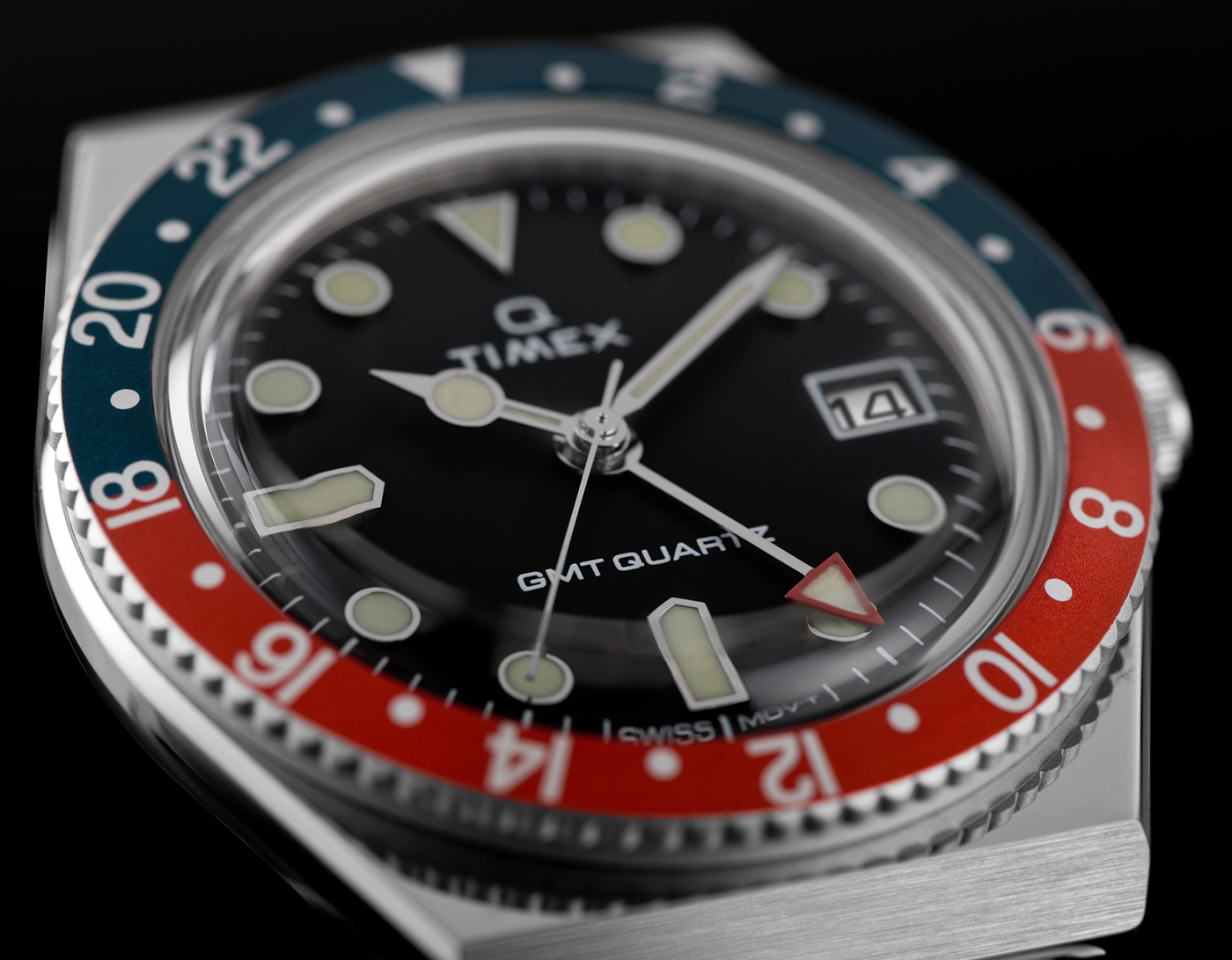 Q Timex GMT is powered by a Swiss quartz GMT movement of unknown specification, in contrast to the original Q Timex which used a Seiko base caliber. Timex didn’t make the details public but it’s likely to be Ronda 515H.

The Pepsi models both have a three-link design bracelet, while the black-coated case model has a synthetic rubber strap. The strap variants cost $199 each, while the bracelet model costs $219.