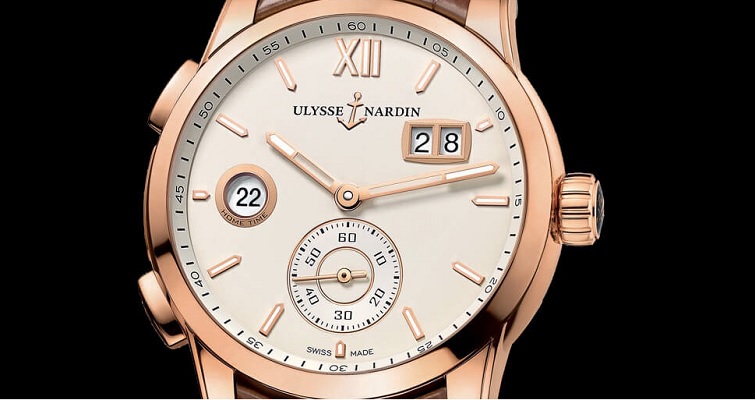 The GMT complication is one function on a mechanical watch that is more often used nowadays. Even in my collection, I got more GMT watches than any other type.

Ulysse Nardin has also produced GMT watches. However, unlike the typical GMT watches with an additional hour hand or GMT hand to point to the hour on another time zone, the Dual Time models produced by Ulysse Nardin has the second reference hour shown digitally in a special window on the dial. At first glance, one would not have known it is a GMT watch since the dial maintains only one hour hand instead of two. 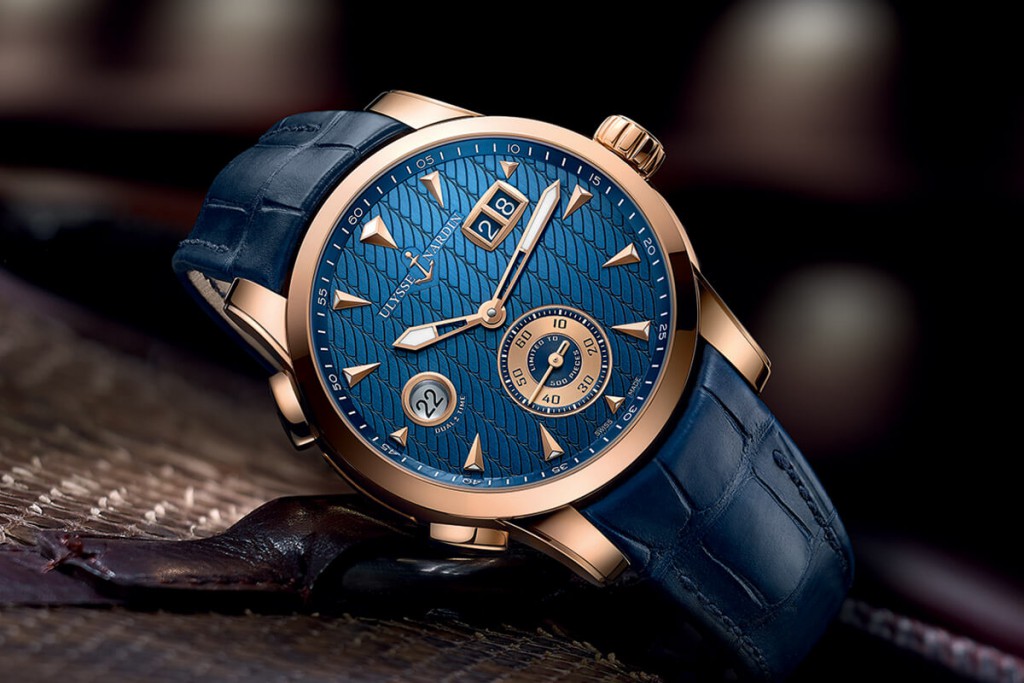 Last year, Ulysse Nardin introduced two new versions on the Dual Time in gold. Measuring 42 mm across, the difference between the two versions is the dial. One uses an ivory dial while the other uses deep blue dial with a rope motif. Other subtle differences can be seen in the markers. For the ivory version, the markers are simple rectangles with a single Roman twelve marker while the deep blue dial version uses nautical pennant-like markers. The two main hands are also different where the ivory version in more of a skeletonized thin hand with luminous paint at the end of the hands whiles the deep blue version is broader and more sword-like. 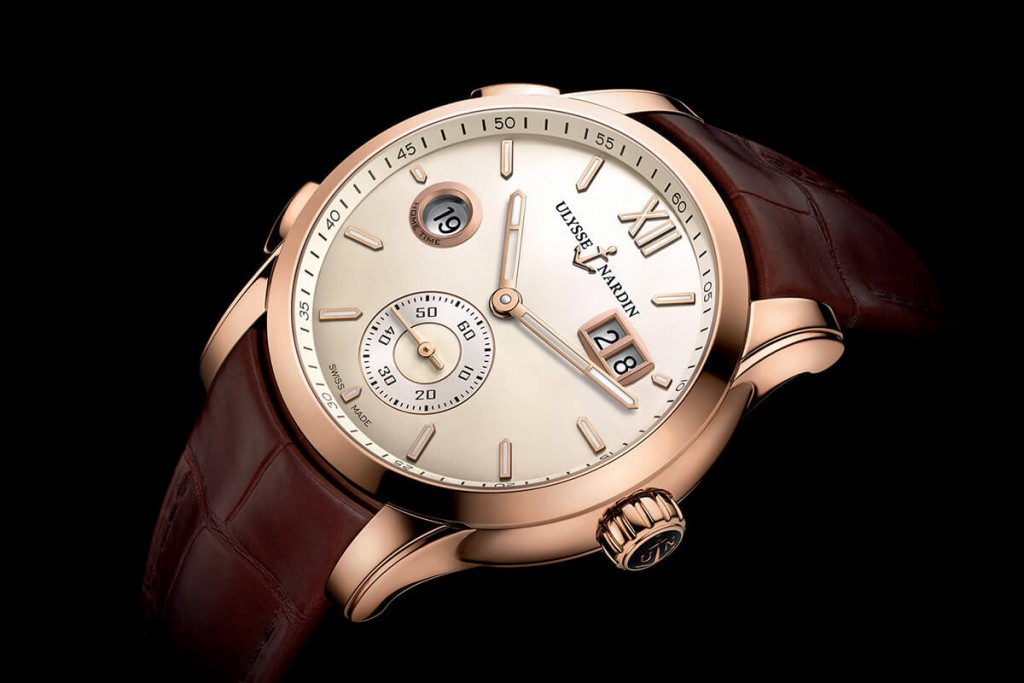 The straps for the ivory version is brown leather whereas the deep blue version is blue leather. Both come with deployant clasps. 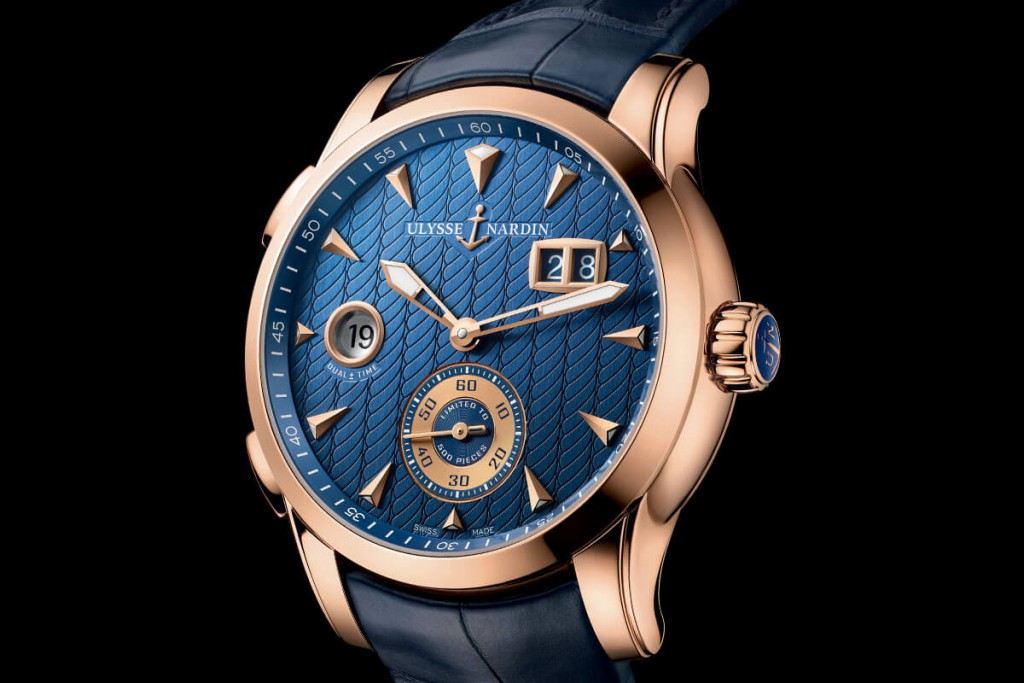 The large date window is positioned near the two o’clock position while the sub-dials for the seconds is located at six o’clock. The digital GMT indicator window is located at nine o’clock. 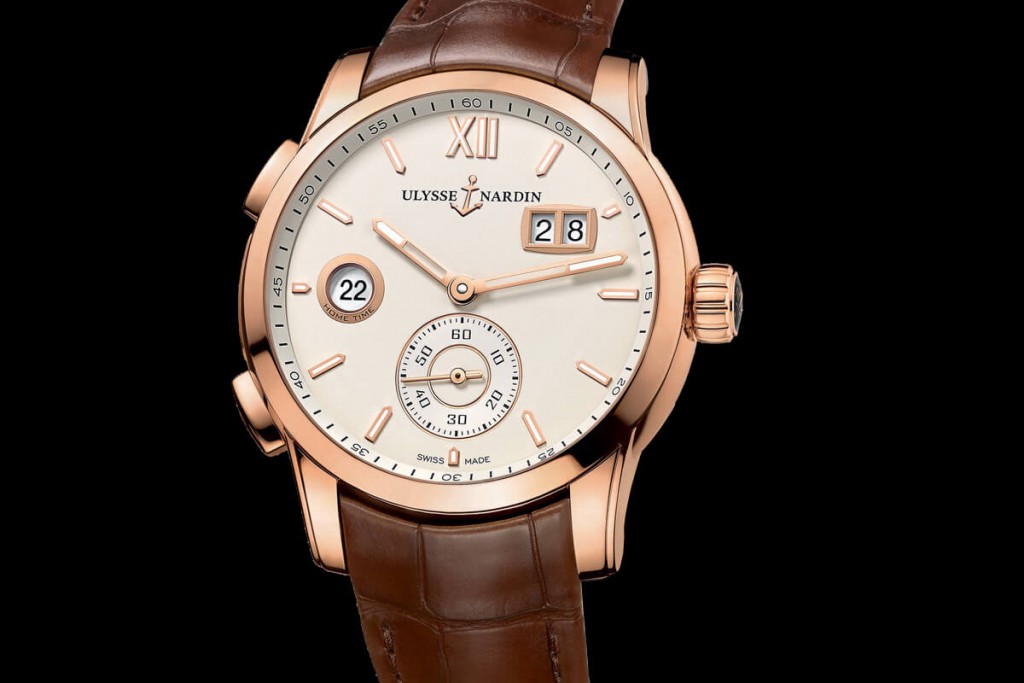 From the photos above, apart from the crown located at the traditional three o’clock position, you would be able to see two sets of pushers on the left side of the watch casing. This is the special pushers designed specifically to adjust the hour hand. By pushing the upper or lower pushers to set the local time either forward or backward, the date display will also automatically adjust to either direction. This means the digital GMT indicator window would indicate your home time. 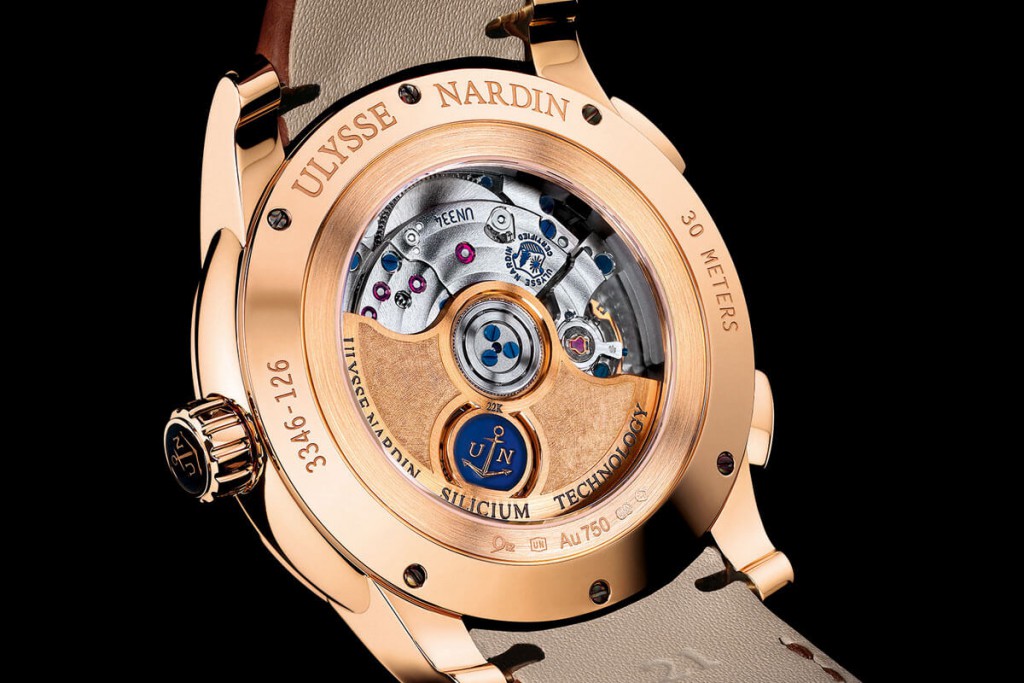 Both versions come with a display case-back where you can see the movement of the Caliber UN-334. This in-house movement by Ulysse Nardin has a silicon escapement beating at 4 Hz. It is an automatic movement with hand-winding capabilities.  The caliber uses 49 jewels.

The deep blue version has a limited production run of just 500 pieces unlike the ivory version. A bit pricey due to the use of gold but surprisingly both models are priced at USD26,500. If this is true, i.e. no differentiation in pricing between the two, the deep blue version would be a better option as you would get the level of exclusivity.