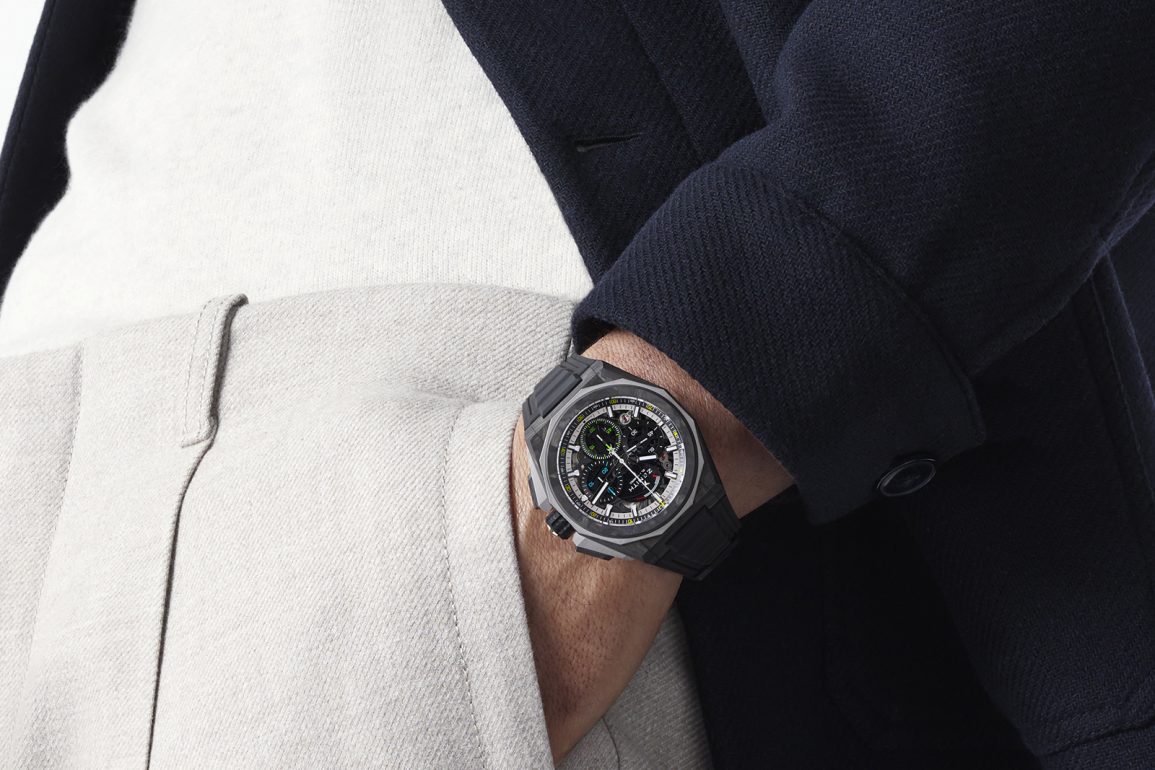 The Defy Extreme name means something different to what it did when it was last in use. To be fair, it was spelt differently, too. Fifteen years ago, the Defy Xtreme broke the boundaries of what can be considered a luxury extreme sports watch. It was brash and bold, but it had charm to it. Zenith’s newest Defy Extreme, note the extra ‘E’, intends to follow on in this regard, although its focus is a little more on the horological extreme and less on the wild design. 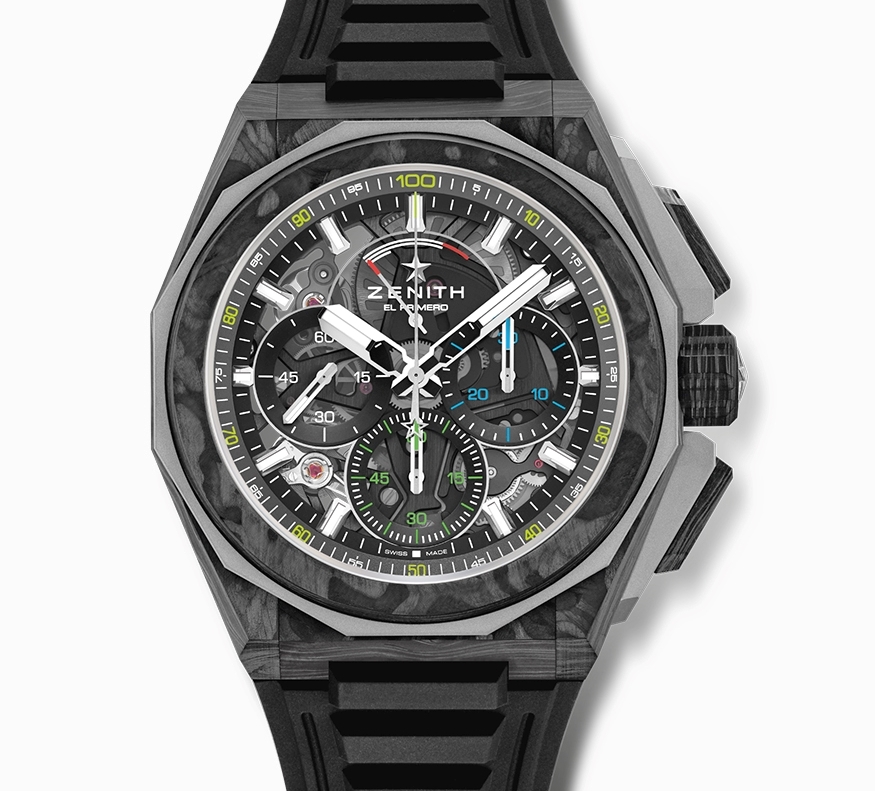 Zenith is a founding partner and official timekeeper of Extreme E, the world’s first off-road electric rally championship. Extreme E intends to put electric cars on the radar of doubters by showing off just what they can do. There are teams involving names such as German tuning house ABT and British sports car legend McLaren. There are big names involved in other places as well. X44, the team founded by Formula One world champion Lewis Hamilton, has signed up French rally legend Sébastien Loeb who is statistically the most successful WRC driver ever winning the majority of rallies for Citroën’s WRC team. With Loeb at the wheel, Citroën became the second most successful rally team ever after Lancia. But, I digress. 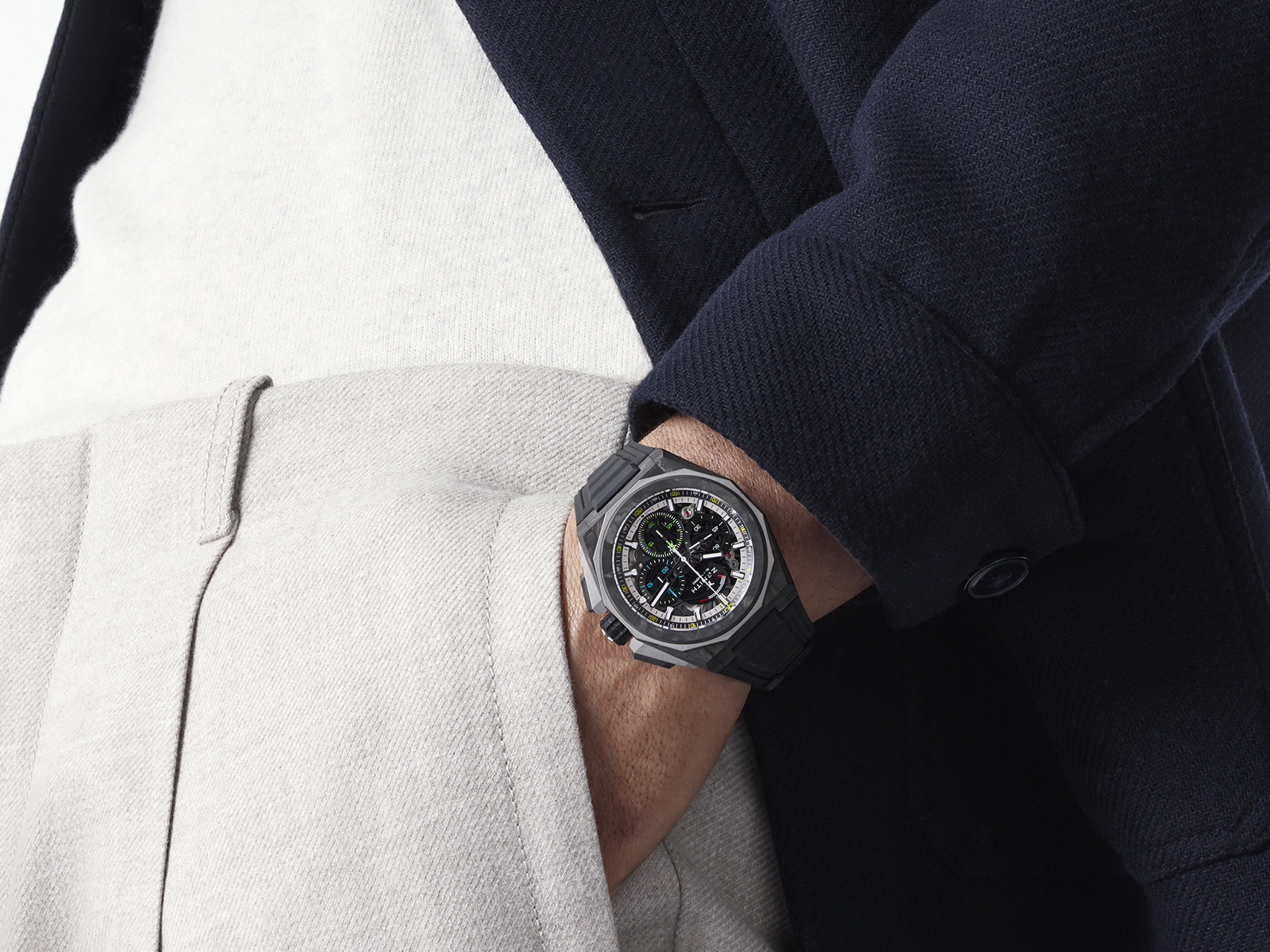 Thanks to the carbon fibre case and rubber strap, the watch measures 45mm in diameter but is extremely lightweight. The angles of the watch definitely stand out, although it’s still recognisable as a Zenith product, something that couldn’t really be said about the old Defy Xtreme. Like the old Defy Xtreme, it has a lot of stuff going on, and all that ‘stuff’ is well finished as you’d expect. The watch is inspired by the X Prix, the grand prix of the Extreme E rally championship that has been divided into thematical stages. This is why there are different colour appliqué on the dial. 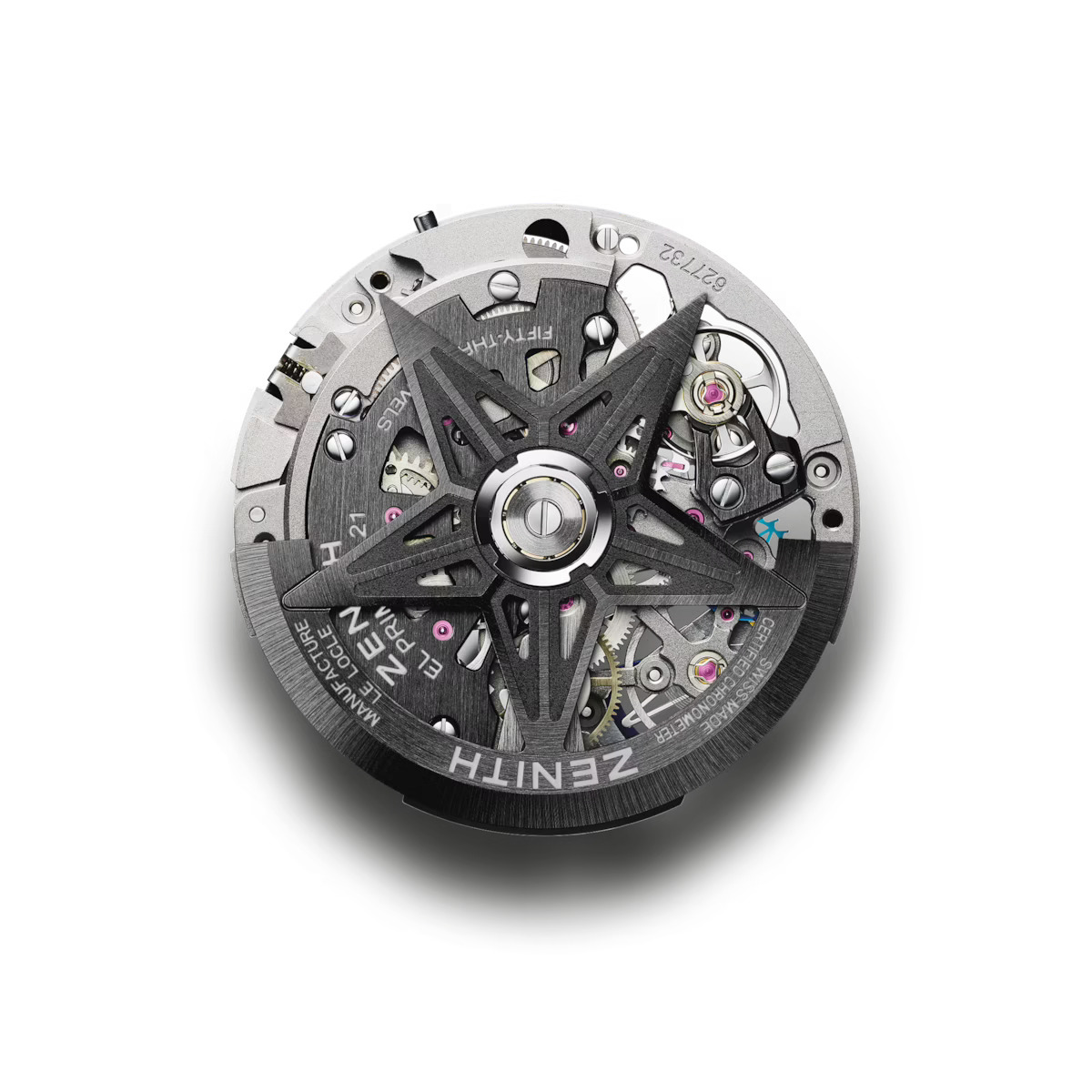 While the case and the colours add to the watch’s aura, the horological value comes from the movement. The El Primero 21 calibre, visible on the front and back of the watch, is a movement of two halves. One half is a 5Hz automatically-wound movement suitable for reliably and accurately keeping the time. The other half is an explosion of activity with a 50Hz balance wheel providing extremely accurate chronograph timings. This half is manually-wound and available on-demand only. While being extremely fast and precise, it has a short power reserve. Lucky that Zenith puts a power reserve indicator on the dial for you. It truly is a movement to match the cars of the Extreme E championship. 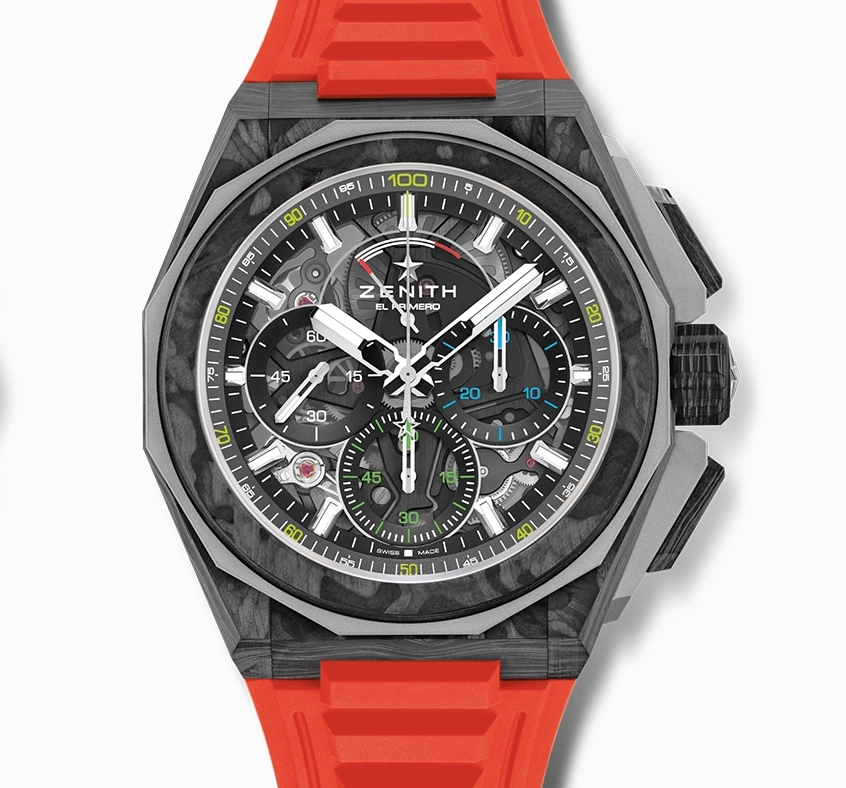 Zenith is developing a special edition Defy Extreme for each of the stages of the current Extreme E season. With the desert season running now, expect to see a Defy Extreme Desert special edition soon. In the meantime, this watch is available with either a rubber or velcro textile strap at a price of $25,100.