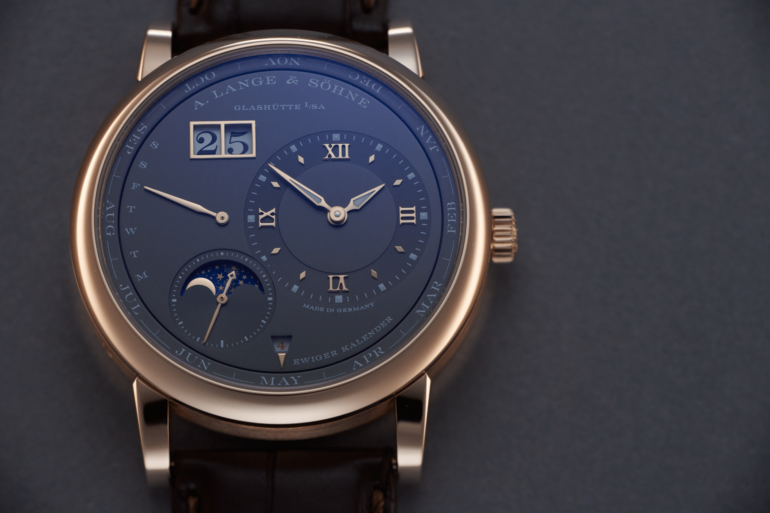 A. Lange & Söhne updates the Lange 1 Perpetual Calendar for 2021.

The Lange 1 collection is undoubtedly the strongest line of German-made watches around. Sure, there are more affordable ones and ones that are more haute horlogerie than the Lange 1, but you should make no mistake that a lot of the German watchmaking we have today is based on the Lange 1 and the work that went into it.

All manner of complications have been squeezed into the Lange 1, and it manages to keep its instantly recognisable form throughout. All iterations of the Lange 1 are our favourite, but the Lange 1 Perpetual Calendar is a special one in the range. 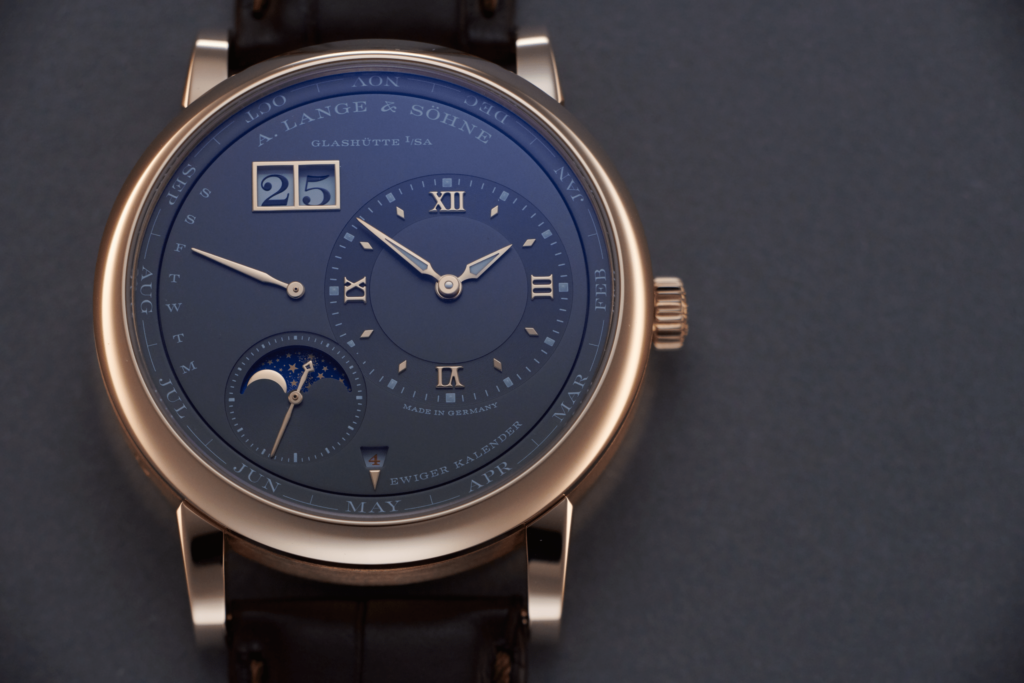 For 2021, A. Lange & Söhne has updated the Lange 1 Perpetual Calendar. It comes in either white or pink gold in its case, and it measures 41.9mm x 12.1mm. You might think that’s a little large for a dressy watch; just remember that A. Lange & Söhne’s complicated watches tend to be larger than Swiss versions (this is partly because A. Lange & Söhne was not around when watches were tiny and doesn’t have the same experience). You definitely need to try one on before making a firm stance on whether you want to buy one or not. 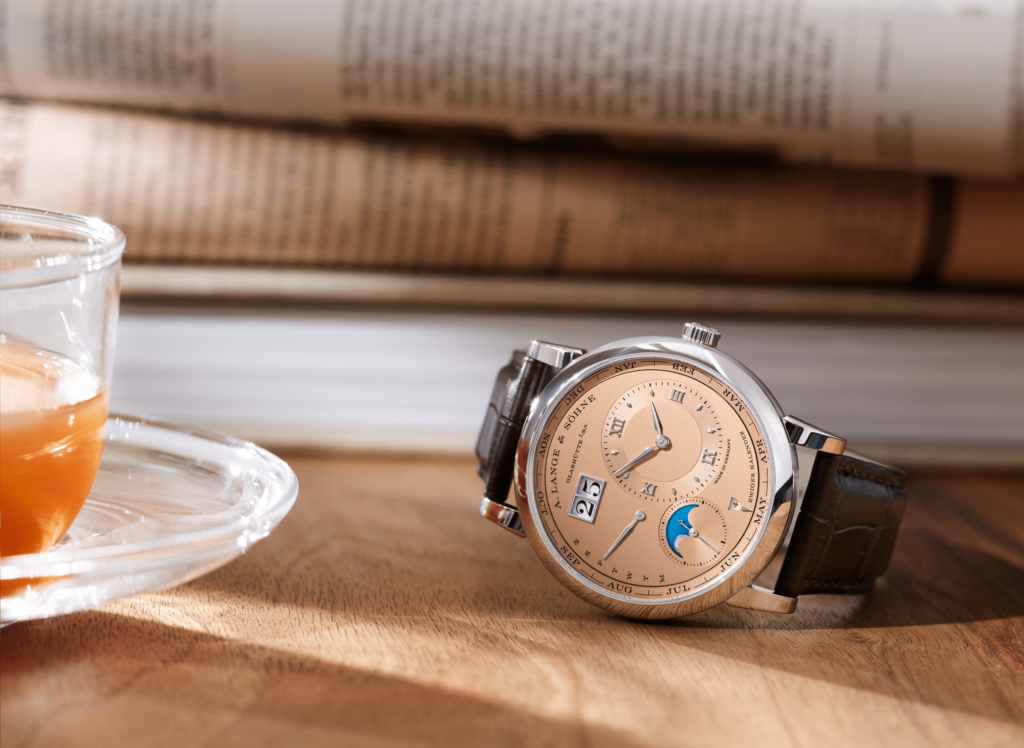 The dials themselves come in two colours. Pink gold watches get a classy grey dial that A. Lange & Söhne (and the Richemont group) have been working on for a while now. The white gold version gets a salmon dial colour similar to that of the Datograph Perpetual Tourbillon I tried a couple of years ago.

The perpetual calendar displays are logically and beautifully set out. Around the edge of the dial is the month display that advances forwards and is indicated by an arrow at the bottom of the dial. Above that arrow is the number of the year in the 4-year leap-year cycle. On the Lange 1 Perpetual Calendar, the power reserve indicator has been replaced by a retrograde day of the week indicator. There’s also a moonphase. And, of course, A. Lange & Söhne has also included an Outsize Date, but it appears to be missing the pusher that we usually see on models with it. A. Lange & Söhne has added an instantaneous jump to the calendar functions with the new movement, so the Outsize Date may be now controlled via the crown, which I believe is a first. 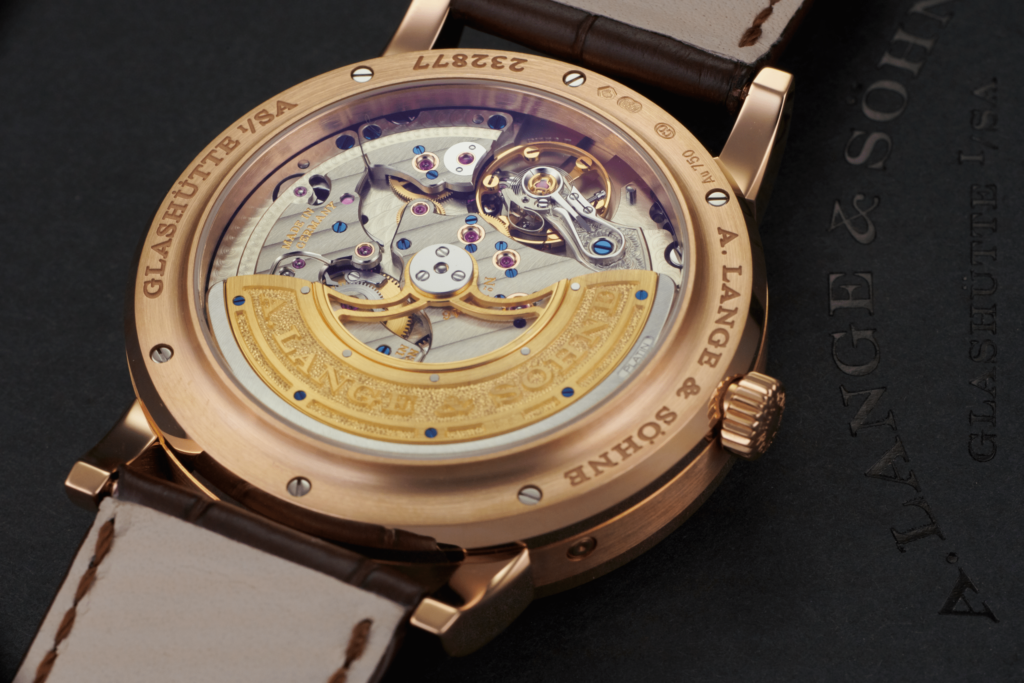 The calibre L021.3 is an automatic winding movement that has a brand new winding system underneath the solid gold and platinum rotor. All of the movement has been finished by hand, as you’d expect for an A. Lange & Söhne, it really is a thing of beauty. It has a power reserve of 50 hours and a beat rate of 3Hz, and it’s made of 621 components, most of which are there to display the perpetual calendar in such an unusual manner.

The pink gold version is a part of the primary collection and will cost $104,500. The white gold version costs $116,000 and is limited to 150 examples worldwide, and it’s possible there could be a serial production version in platinum next year.