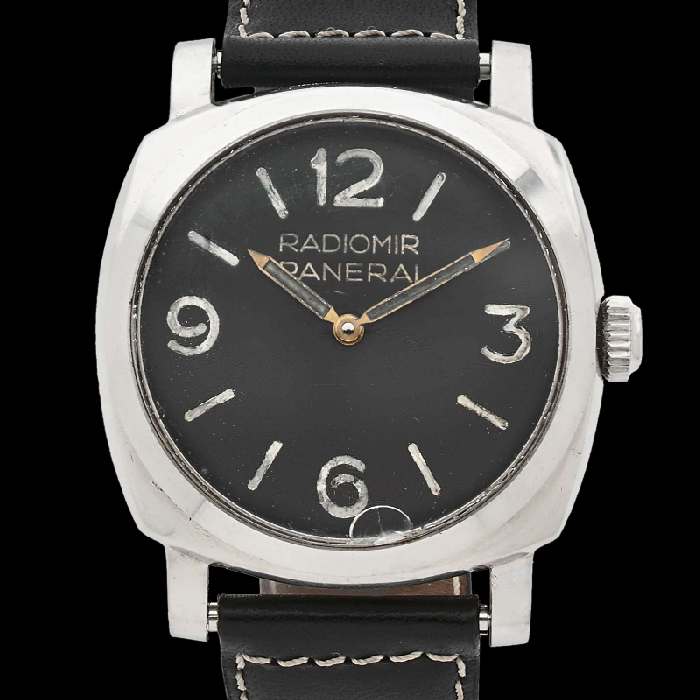 Collectible items are all about connecting a physical item with a story and hopefully creating an emotional bond with a potential buyer that makes them feel like, “I have to have that!” When it comes to timepieces, the “story” is no different. When it comes to vintage watches, we horologists frequently abuse the statement of a vintage piece telling a story: a story of the original owner and the multiple monumental occasion he/she wore it for. It not just us consumers, but also big brands are using these sentimental values we attach to watches in their market campaigns. Take Patek Phillipe for example with their father-son campaign where the proudly advertise their company’s slogan:

“You never actually own a Patek Philippe. You merely take care of it for the next generation.”

With much sentiment attached to vintage watches, it shouldn’t come as surprised that an extremely rare Radiomir ‘Type A’ ref.6152 had originally belonged to Rear Admiral Amedeo Vesco of the Italian Navy – Marina Militare Italiana – that was originally estimated at 80.000 € – 120.000 € was sold for a final price of 226.000 €. First some history on the watch.

This timepiece originally belonged to Amedeo Vesco, one of the commandos of the MAS flotilla who went on to serve as a Rear Admiral in NATO’s naval forces in La Spezia. During the Second World War, Vesco took part in several missions of the Decima MAS as a SLC pilot of the “Mezzi Subacquei”against the harbour of Gibraltar in May (“Operazione B.G.3”) and September 1941 (“Operazione B.G.4”). He was awarded twice with the Silver Medal for Gallantry at War (M.A.V.M.). Now about the watch itself.

It may come as a surprise even to the many seasoned watch collectors when to learn about the fact that the first dive watch produced by Rolex wasn’t the famous Submariner but was actually a Panerai. Yes, that Italian watch company popularly known for big and brawny timepieces equipped with the unique half-moon crown guards. 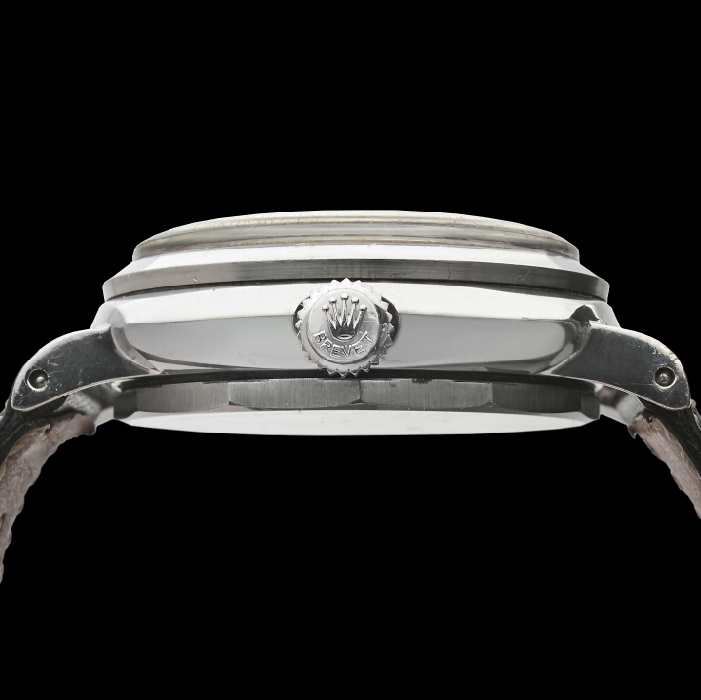 Rolex supplied the first watches to Panerai in 1936 and originally, they didn’t have the distinctive half-moon crown guards we now associate with Panerai. The case and movements were made by Rolex. This Panerai bears a signature by Rolex on both the crown and case. This particular Panerai bares the rare military markings which are engraved on the back of the case. These were watches supplied to elite warriors like froggers, torpedo riders, and commanders of the Italian navy, explaining the “Marina Militare” insignia on the dial. There were 100 of these watches with this reference number that were manufactured with Rolex cases and Rolex movements and were direct issues to the Italian navy. 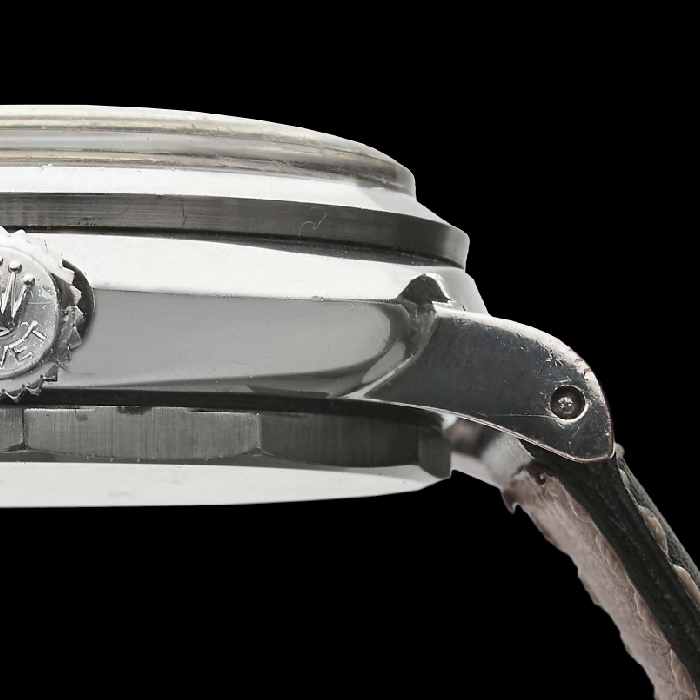 This 6152 shows clear signs of ageing on its “Radiomir Panerai”dial and hands. The huge Plexiglas crystal (Tropic 24), which is damaged at the bottom at 6 o’ clock is testament to the heavy use to which the watch was subjected as an important item of equipment. It comes from the first serial number sequence of the Reference 6152, produced in 1953, which we entitled 6152 / Type A. 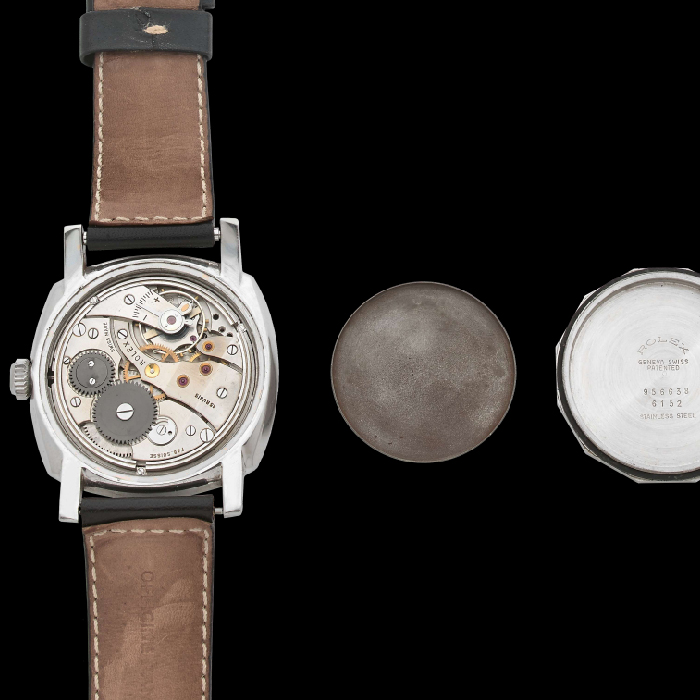 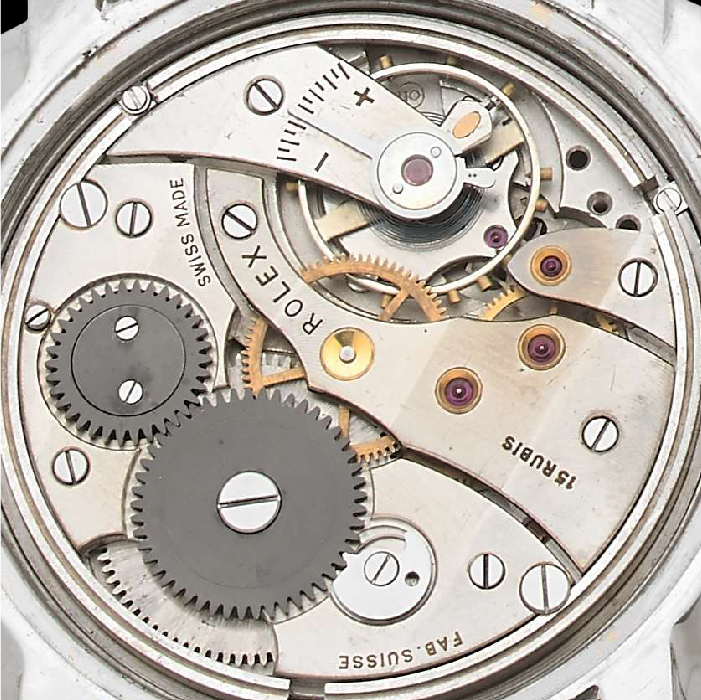 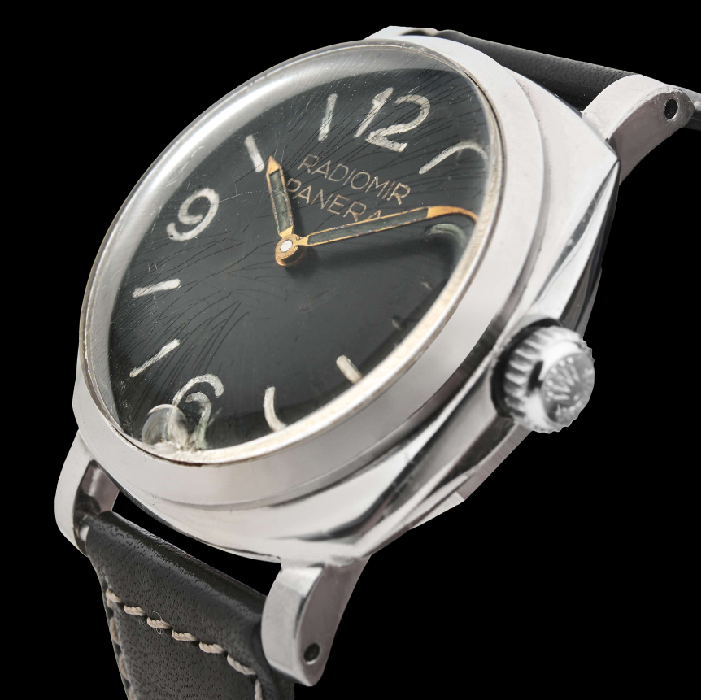 Artcurial stated in their lot description, that the watch comes with a tool and various documents from the original owner, Rear Admiral Amedeo Vesco. The rarity of the watch coupled with the rich history that comes with it thanks to its previous owner, the watch price shouldn’t come as a surprise. This auction, if anything, shows the value watch collectors place with having a timepiece with a rich history and a story behind it despite the timepiece having multiple scratches a dented crystal. So the next time you scratch your timepiece for the first time, instead of becoming sad, treat is as the start of the story your about to have with that watch. Visit Panerai here.