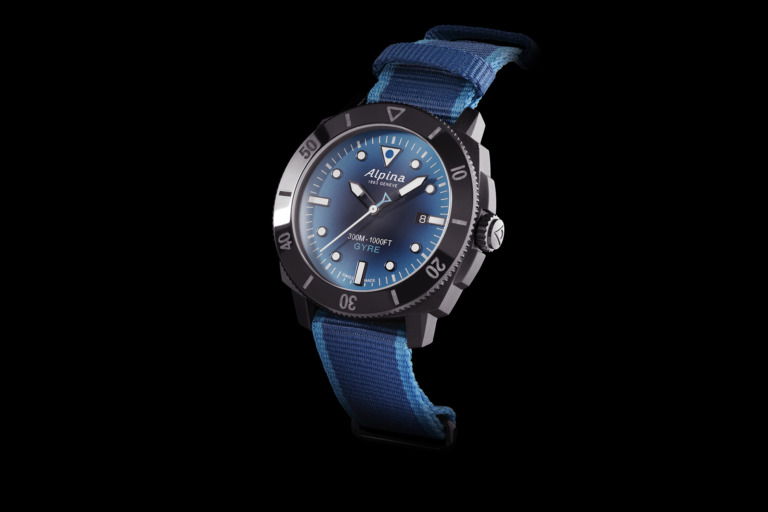 In an unusual turn of events for an established watchmaker, Alpina recently announced its partnership with a startup watchmaker called Gyre Watch. Gyre Watch aims to continually raise awareness of the dramatic levels of plastic pollution floating about in the world’s oceans and to start making a difference about it. That’s grand and all that, but it’s not exactly a new idea. Several highly respected manufacturers such as Blancpain, Panerai and even Alpina have been doing this for some time. In Blancpain’s case, their Ocean Commitment watches raise money that goes to cleaning up our oceans and Panerai has been working closely with expert explorer Mike Horn to deliver experiences which both excite customers and educate them about pollution. 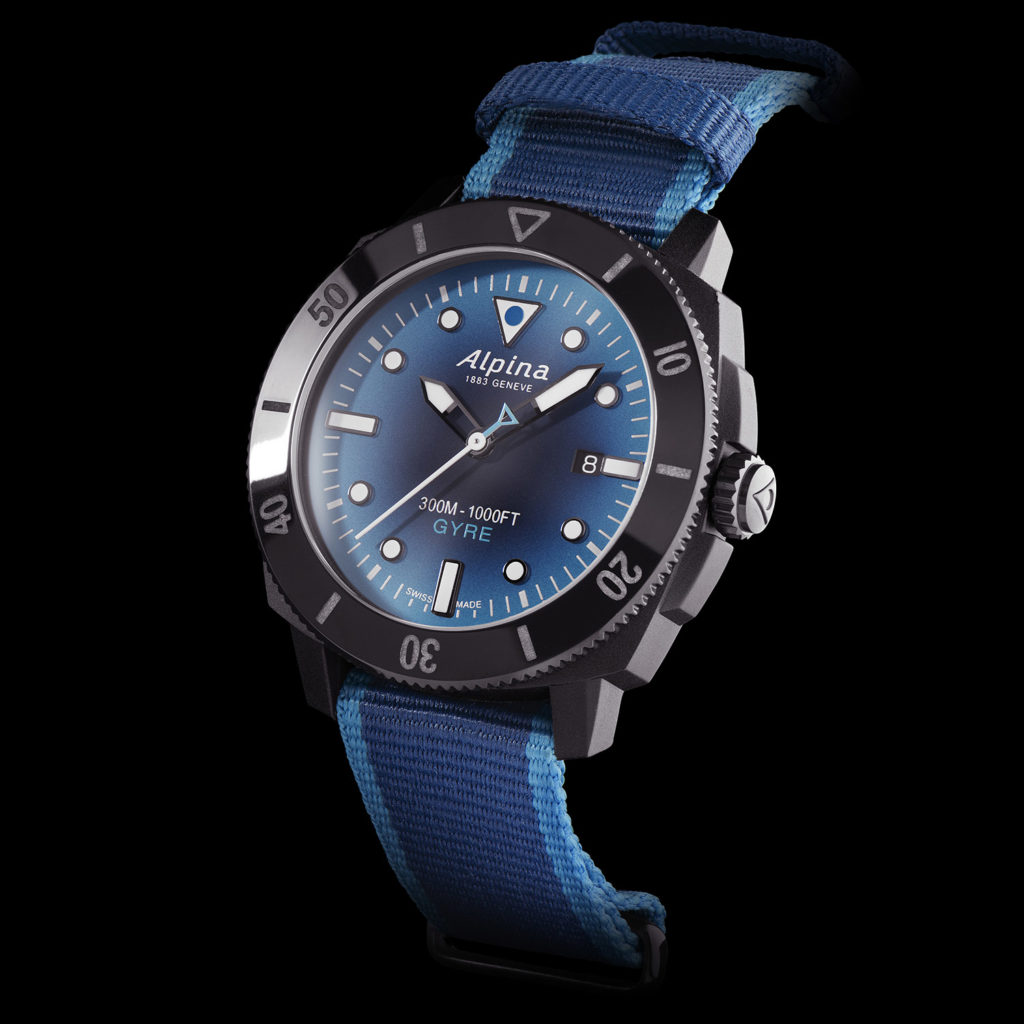 These are some excellent methods and show the watch world’s commitment to cleaning up its act, but, it relies on people spending out on expensive watches that are made of materials that have probably been mined by someone who is treated unethically. The new Seastrong Diver Gyre Automatic from Alpina uses a case that isn’t made from metal mined under armed guard, in fact, it’s not made of metal at all. The case of the Seastrong is made from recycled plastic, fishing nets to be precise, which has been reinforced with fibreglass. About 70% of the case is made from nets recovered from the Indian Ocean, where there is a significant gyre. 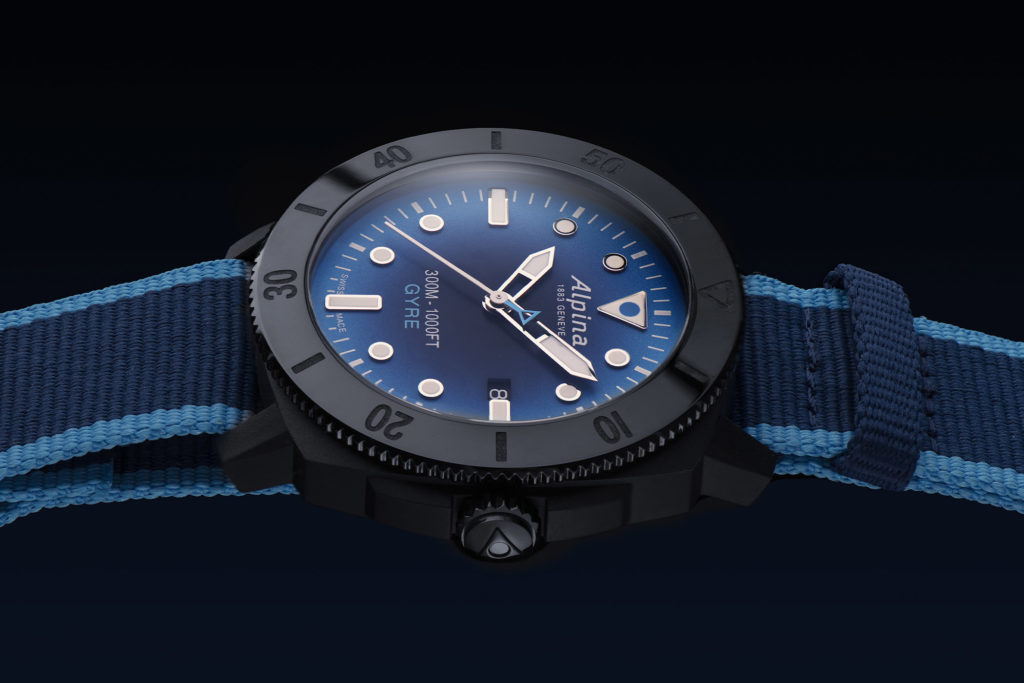 The name gyre is derived from a natural water current circulation. Wind forces, combined with the planet’s rotation, cause vast amounts of water to circle around, this current traps plastic that’s floating on the surface, attracting more plastic as it grows until it covers a vast majority of the water’s surface in that area. The plastic particles floating at the surface are generally tiny and are called microplastic (commonly found in everything from sewage to manufacturing, cosmetics, clothing, shipping products, fishing products and car tyres). Despite the particles being very tiny, the centre of the largest gyre in the North Pacific is estimated to have roughly 100 kilograms per square kilometre of surface water, and the patch is believed to cover 1.6 million kilometres of the Pacific Ocean’s surface alone. 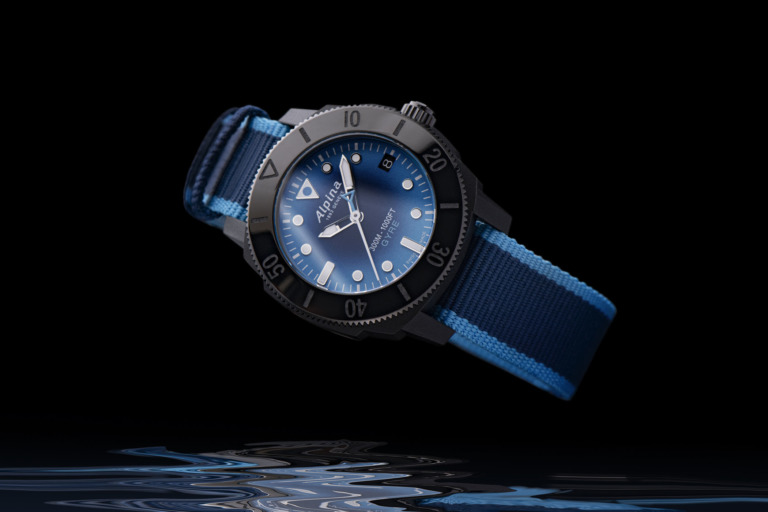 The Seastrong comes in several variants including a 44mm diameter watch and a 36mm watch too. The dial options are turquoise or blue, and both have an appealing gradient effect. The watches are fitted with an automatic Sellita SW200-1 calibre and offer a 300m water resistance. The price for the 44mm version is €1395, and you can expect the 36mm version to be a little less than that. The watches also come on a coloured NATO strap which is made from recycled plastic bottles.