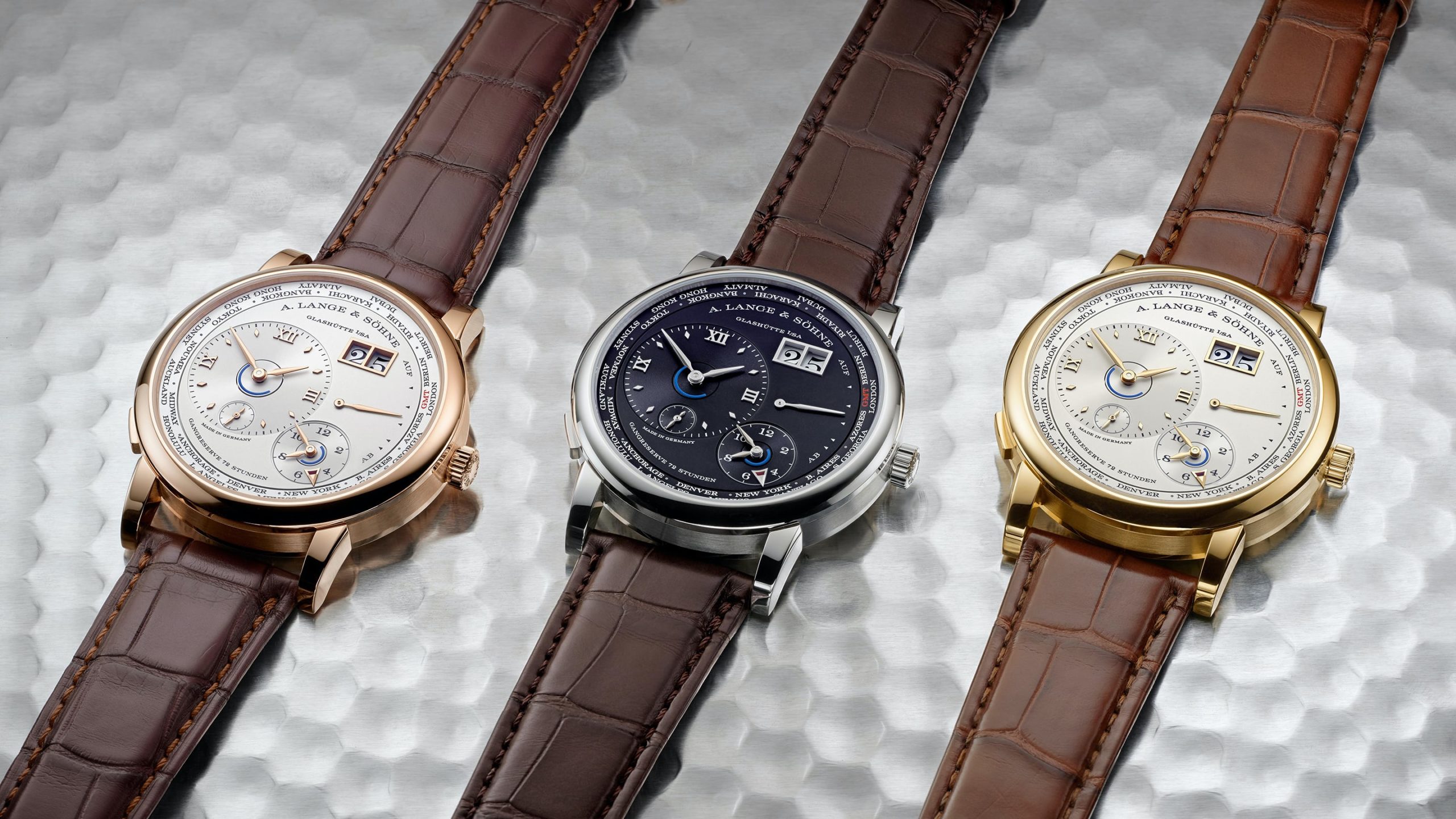 Last year I received an email from A. Lange & Söhne who were looking for someone to oversee their new project which was to revitalise my favourite watch from their repertoire, the Lange 1 Timezone. Knowing that it was my favourite, they naturally came to me for approval of their new designs, the best of the bunch is what you see before you. That didn’t actually happen, but it would be nice if it did. Still, the Lange 1 Timezone is my favourite of their model collection. I got to try it on once at my first tour of their manufacture, and it fitted my wrist perfectly.

In my opinion, there was nothing wrong with the watch as it was, but the folks at A. Lange & Söhne clearly thought it was time for an upgrade. At first glance, you may think that almost nothing has changed, and you’d be mostly right. Very little seems to have moved on the dial, but when you look more closely, you can see the changes.

To add some context to the most notable difference, let’s recap on how this watch functions. This watch is not a world timer like Patek Philippe’s 5231 or Chopard’s L.U.C Time Traveler One. A world timer can show you the time in 24 different timezones at once if you know how to read it. A. Lange & Söhne’s Lange 1 Timezone is a dual timer, and it’ll show you two timezones only, the second timezone can be selected via the chapter ring inside the bezel which moves forward with the push of a button. This, in some ways, makes it more similar to Breguet’s Classique Hora Mundi, which also uses a city ring to advance the time. The difference there, though, is that the Hora Mundi shows one timezone and uses a pusher switch back and forth between home and away time, meanwhile, the Lange 1 Timezone shows both timezones simultaneously. 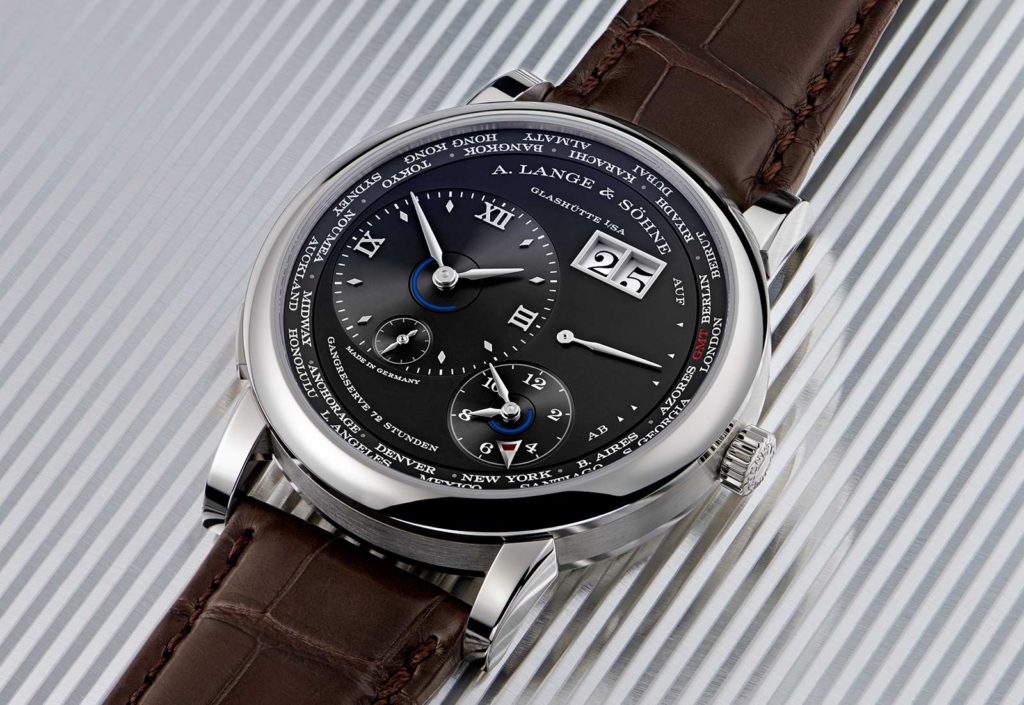 The Lange 1 Timezone stays true to the Lange 1 design ethos by separating the functions across the dial, well, nearly all of them. The home and local timezones have an independent hour and minute display which have been set as two dials of different size. On the Lange 1 Timezone, the pusher at 8 o’clock advances the city ring forwards, and in doing so also advances the hour hand on the smaller time dial, while the larger one remains unaffected. Both dials have a day/night indicator, which on the old model was a hand that slowly rotated. Now, the day/night indicators have been incorporated into the time dials and makeup two circular disks with a blue mark printed on them.

The day/night indicators now rely on the hour hand of the time dial to indicate whether it is, in fact, day or night, which posed a problem. The hour hand makes two rotations in 24 hours, so it would indicate that it was night time twice in one 24 hour period. To solve this, the day/night indicator rings also rotate, they perform one rotation in 24 hours, which means that when the hour hand has only completed one rotation of the dial, the blue night-time segment is out of the way. It’s a little hard to describe in writing, and I imagine a video of some sort would clear up any doubts. 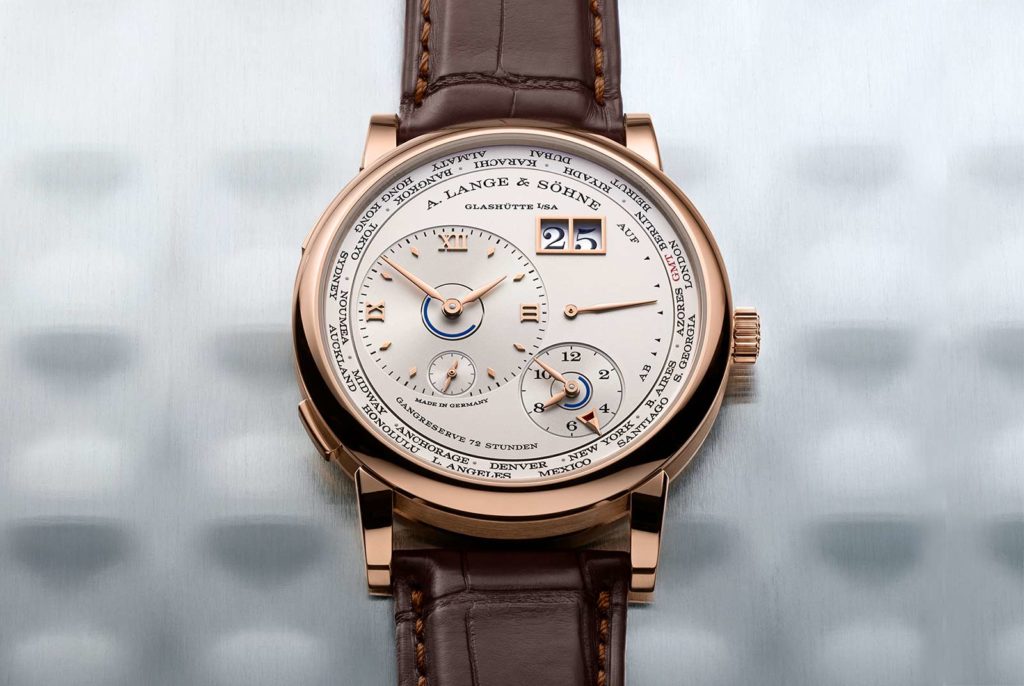 This is not the only innovation on the new Lange 1 Timezone. It now has a clever display that’s been integrated into the arrow used to point at the city ring, which can be found in the away-time dial. If the marker in the arrow turns red, then it means that the city selected on the city ring has a daylight saving time regime in place which you will need to adjust it for, depending on the time of year. If the marker remains white, then the city’s time remains the same all year round. Note that the watch itself cannot adjust for daylight saving time; you will need to change it yourself, which is easy to do via the crown.

The crown is rather intelligent and can perform a few different functions depending on how you interact with it. In its normal position sat flush against the case it winds the mainspring, the display for which can be seen below the Outsize date. Adjusting the time for the larger time dial is also synchronised to the smaller time dial, meaning that as you change the minutes and hours in the large dial, the small dial follows suit. This is useful for someone with OCD who likes to keep things neat, or, more likely, for someone who isn’t travelling anywhere and doesn’t need to time another timezone. 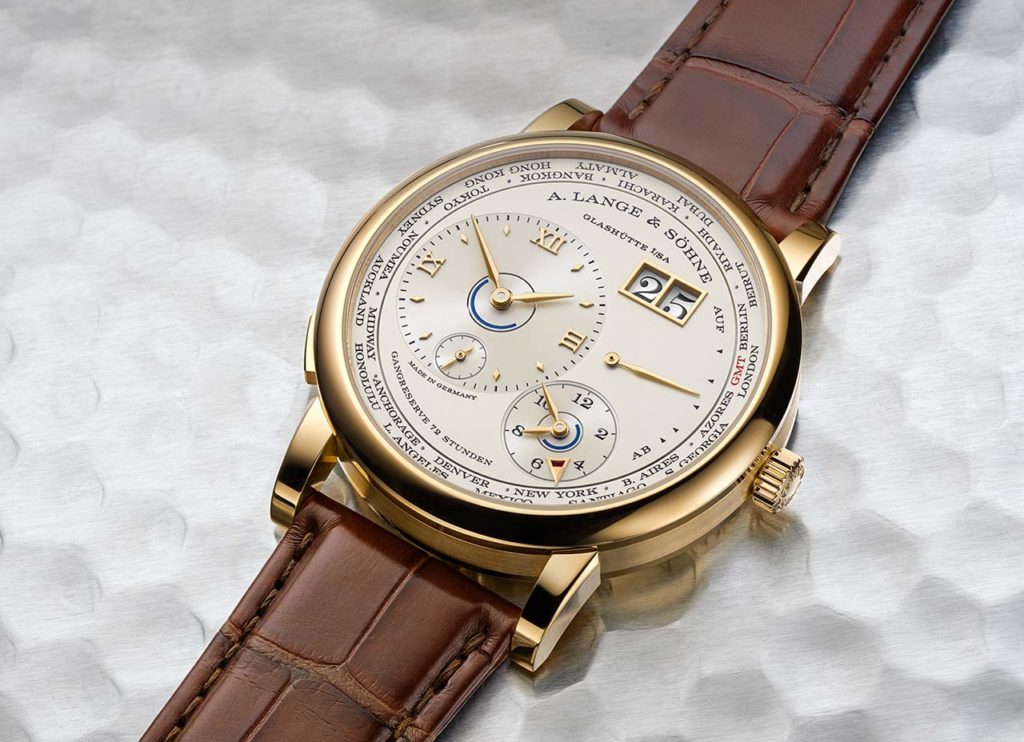 However, that’s not all the crown can do. If, for example, you’re staying in another timezone for a while, you can swap the times displayed on the dials, so the local time uses the larger time dial. This feature, taken from the outgoing Lange 1 Timezone, relies on the crown being pulled out to the second position, which is where you set the time. In this position, depressing the pusher at 8 o’clock will hold the hour hand of the second timezone in place, allowing you to set the time of the larger dial independently. The pusher at 10 o’clock will enable you to advance the Outsize date if you need to.

The movement inside the watch is all-new. It retains the 72-hour power reserve of the outgoing model, but now only uses one mainspring to achieve this. Also, the hairspring of the balance wheel is now crafted in-house by A. Lange & Söhne, a technical achievement gained only by developing new models (since the launch of the previous calibre L901 base, A.Lange & Söhne has developed 65 new calibres, an impressive feat). 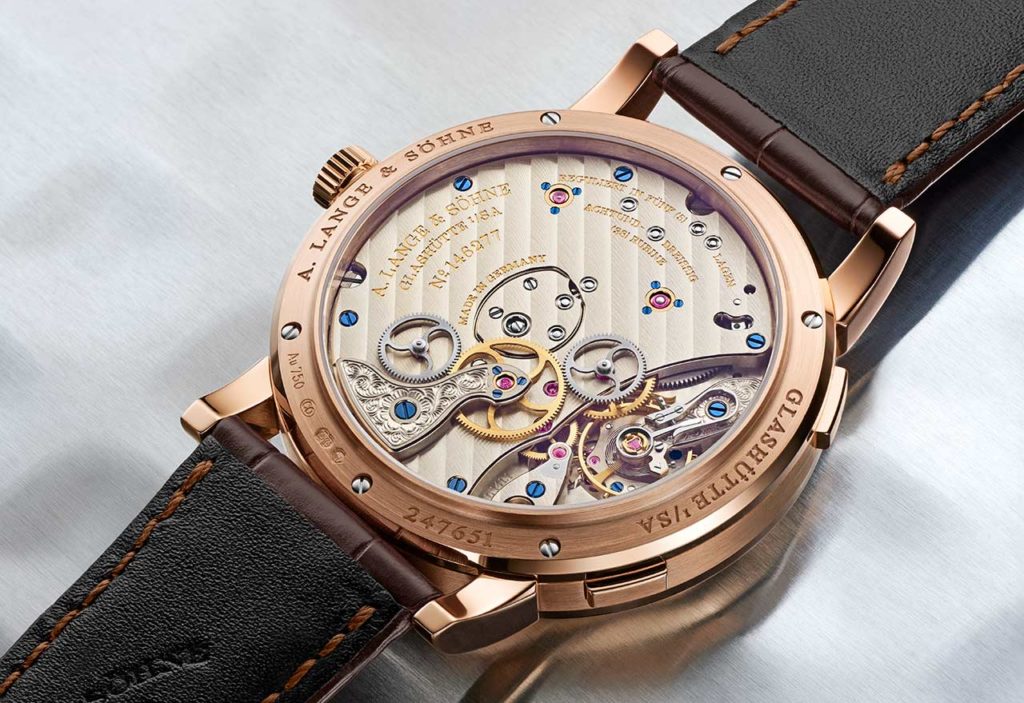 The movement in this watch is the calibre L141.1, and it has all the decoration you could dream of, as we’ve come to know A. Lange & Söhne for. The movement is crafted from untreated German silver, which will develop a lovely patina over time. There are 448 parts to this movement, as well as 38 jewels and three polished gold chatons which are a classier way of holding jewels in place. The watch doesn’t have a free-sprung balance as we saw in my Fortnight Review of the Odysseus, but the screw balance does still have some shock resistance built-in. The balance wheel oscillates at 3Hz or 21,600vph. The movement measures 34.1mm (15.12 lignes) in diameter and 6.7mm in thickness. Overall, the case measures in at 41.9mm in diameter and 10.9mm in thickness.

The pricing for these models is as follows: