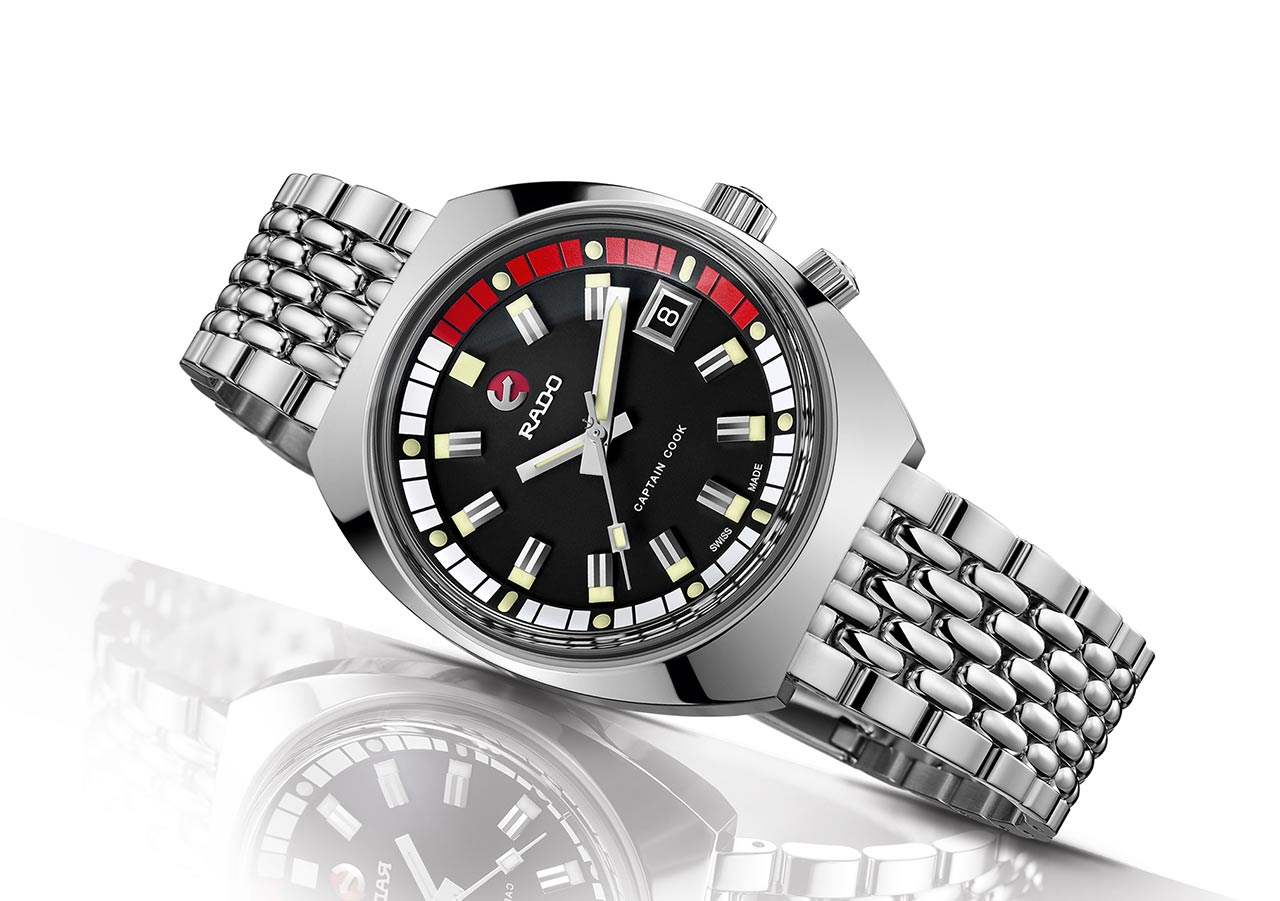 Back in 1962, Rado launched the Captain Cook Mark 2 watch, 220m water resistant diving watch with a slick case and attractive dial, although the fundamentals here were particularly noteworthy. Remember that the entire concept of a diving watch in this fashion had been around for less than ten years with the Blancpain Fifty Fathoms and Zodiac Sea Wolf in 1953, and then the Rolex Submariner in 1954. Two hundred and twenty meters is a significant depth, and to achieve that in a watch in the early Sixties is even more impressive. So impressive, in fact, that Rado has gone to the trouble of re-releasing it. 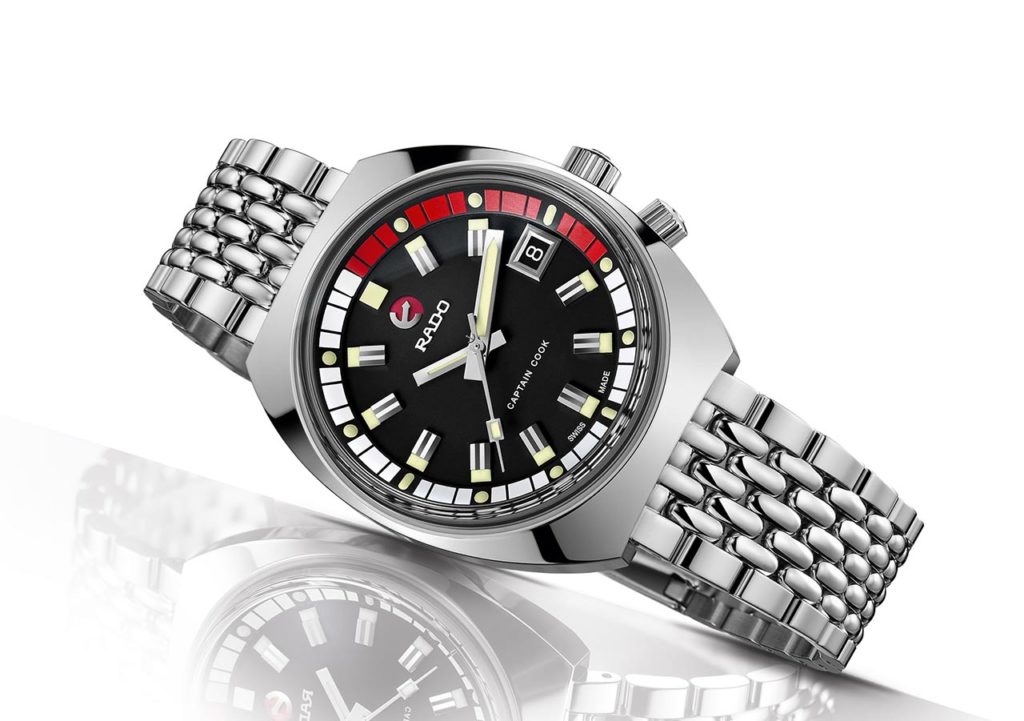 The new watch captures the look and feel of a vintage watch excellently. The bracelet (a quick change system lets you attach a NATO strap instead) is a good place to start for this, with chunky and brushed outer links encasing a series of polished ‘rice grain’ style links which are seen on the original, whether that used a Gay Frères made bracelet or not we are unsure. What we are sure of, though, is how well it works with the Sixties style case with its bulging domed crystal. 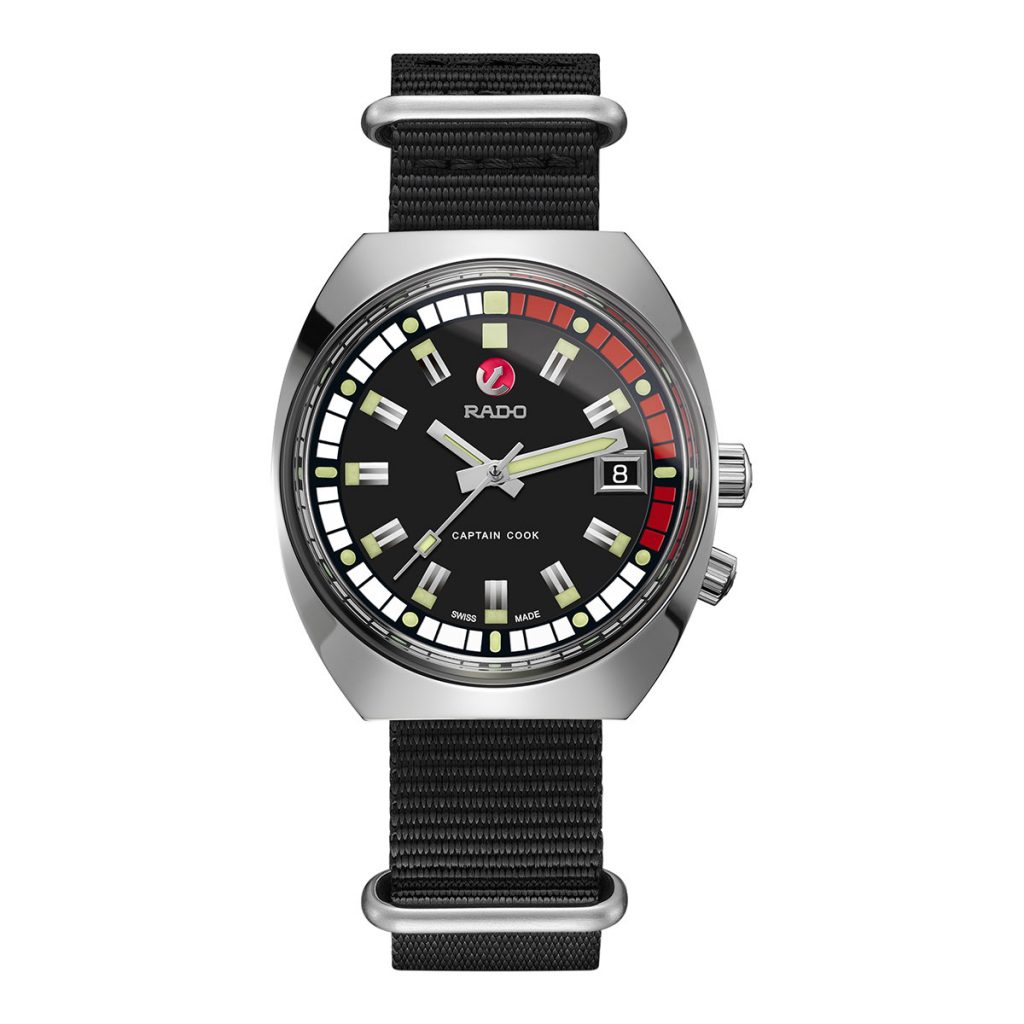 That unmistakable barrel shape we imagine when someone begins uttering the word ‘vintage’. The case on the Rado has been polished, so it will pick up scratches more easily. The side of the case is adorned with two crowns, the larger one at 3 O’clock sets the movement inside. The smaller crown placed at 4 O’clock sets the inner rotating bezel, the first 20 minutes of which have been painted red to give a total dive time of 80 minutes. 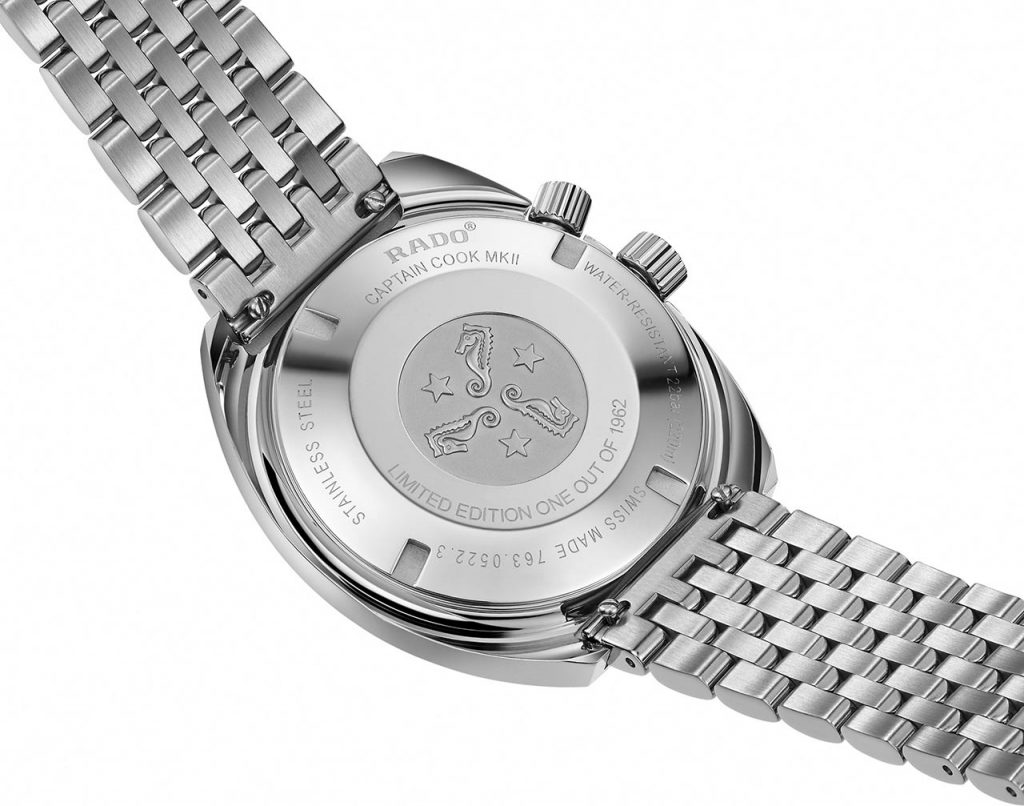 Covering the movement is a solid caseback with three seahorses embossed on the back to give the owner something to look at. Underneath that caseback is the impressive ETA C07.611 which runs at 4Hz and has an 80-hour power reserve and 25 jewels. This calibre is used in other Rado watches from the HyperChrome range, and also forms the base for Hamilton’s H-10 calibre. 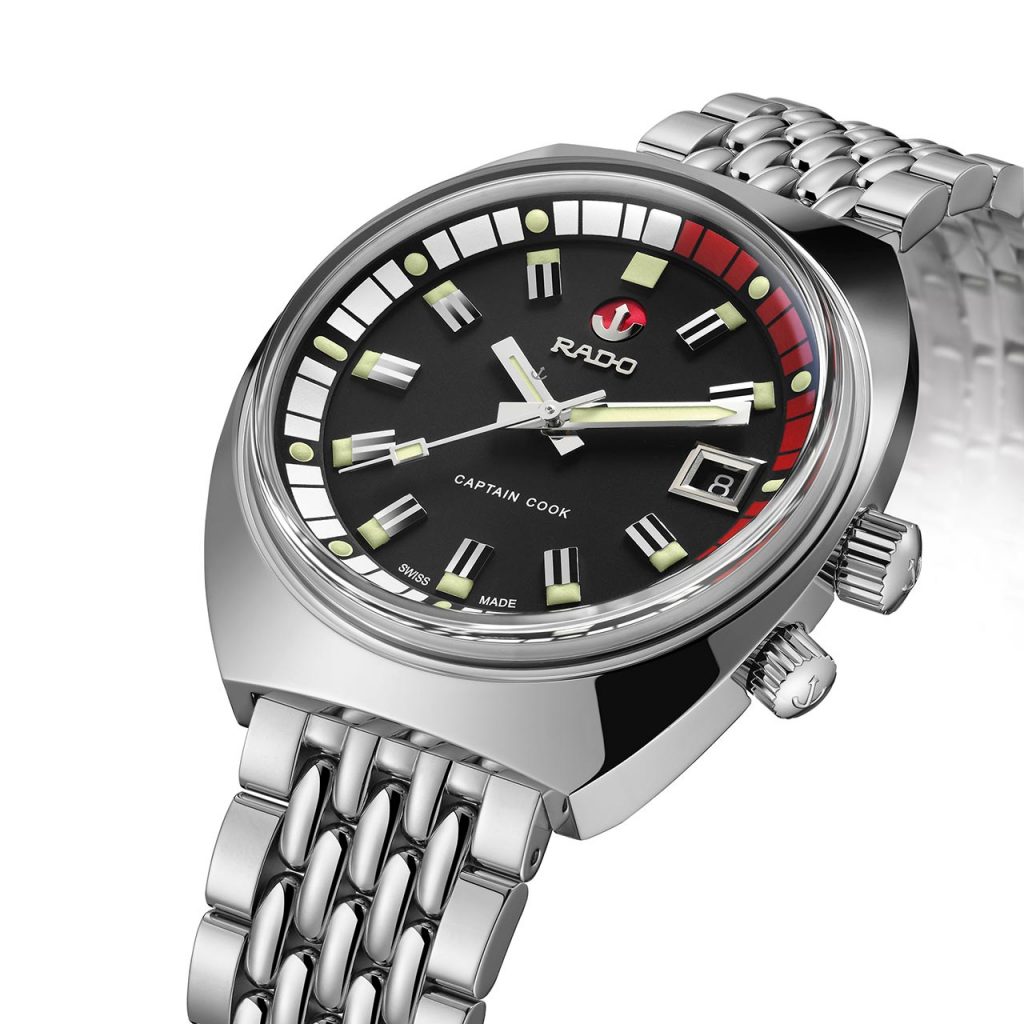 Perhaps what is most appealing about the new Captain Cook Mk2 watch, other than the fresh looks, is the low price of $2150. There will only be 1962 editions made, to denote the year it was introduced.