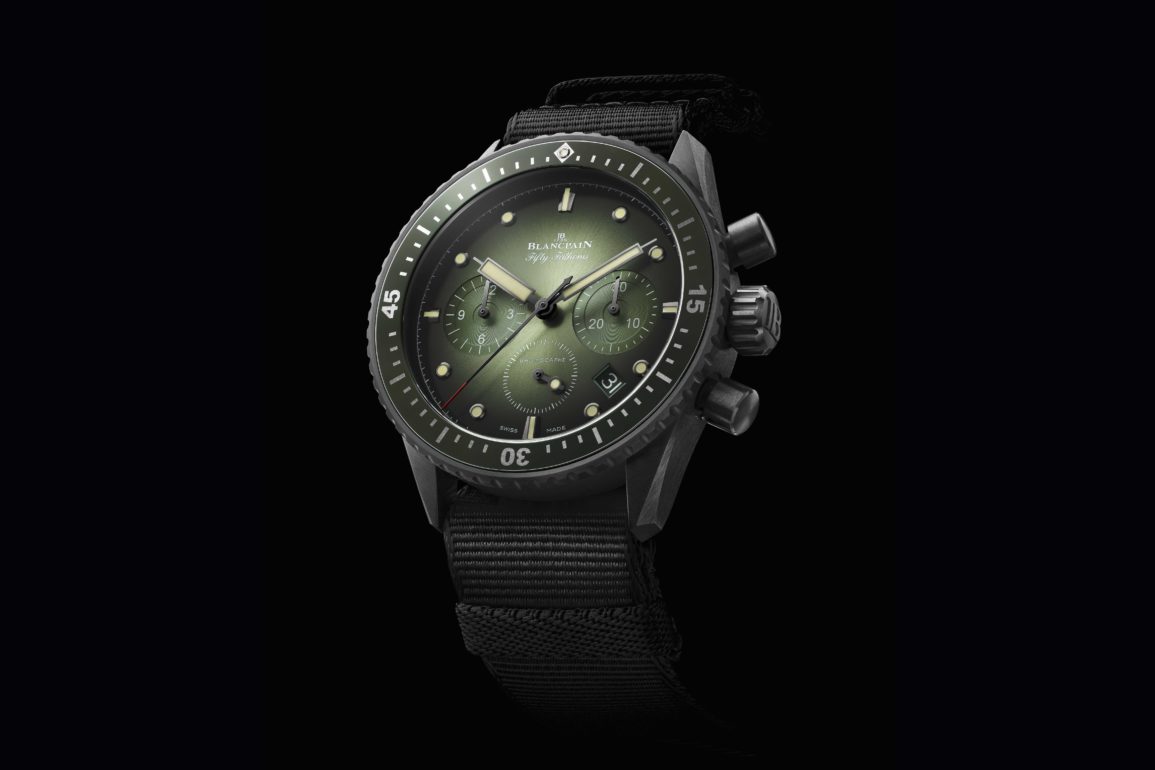 Hot on the heels of the Fifty Fathoms Day Date Desert Edition watch we saw on Monday, we’re now pleased to present the Fifty Fathoms Bathyscaphe Chronograph Flyback with a distinctive green colour. Blue has been the colour of the moment for a while now when it comes to watches. Recently, though, we’ve seen watchmakers introducing green watches, one of those traditional watchmakers that’s surprisingly ahead of the curve is Blancpain which has debuted another Fifty Fathoms model.

Based on the Fifty Fathoms Bathyscaphe, the new Chronograph Flyback features a green unidirectional diver’s bezel and green dial. Said dial has a sunburst effect radiating from the centre of it thanks to some hand finishing by the Blancpain manufacture. The Fifty Fathoms Bathyscaphe has always seemed to be the “affordable” Blancpain, the one you’d get if you can’t quite stomach the asking price of the big boy with the domed sapphire bezel. However, after playing around with a calendar version in their Bond Street boutique in London, I felt my views on it had changed. 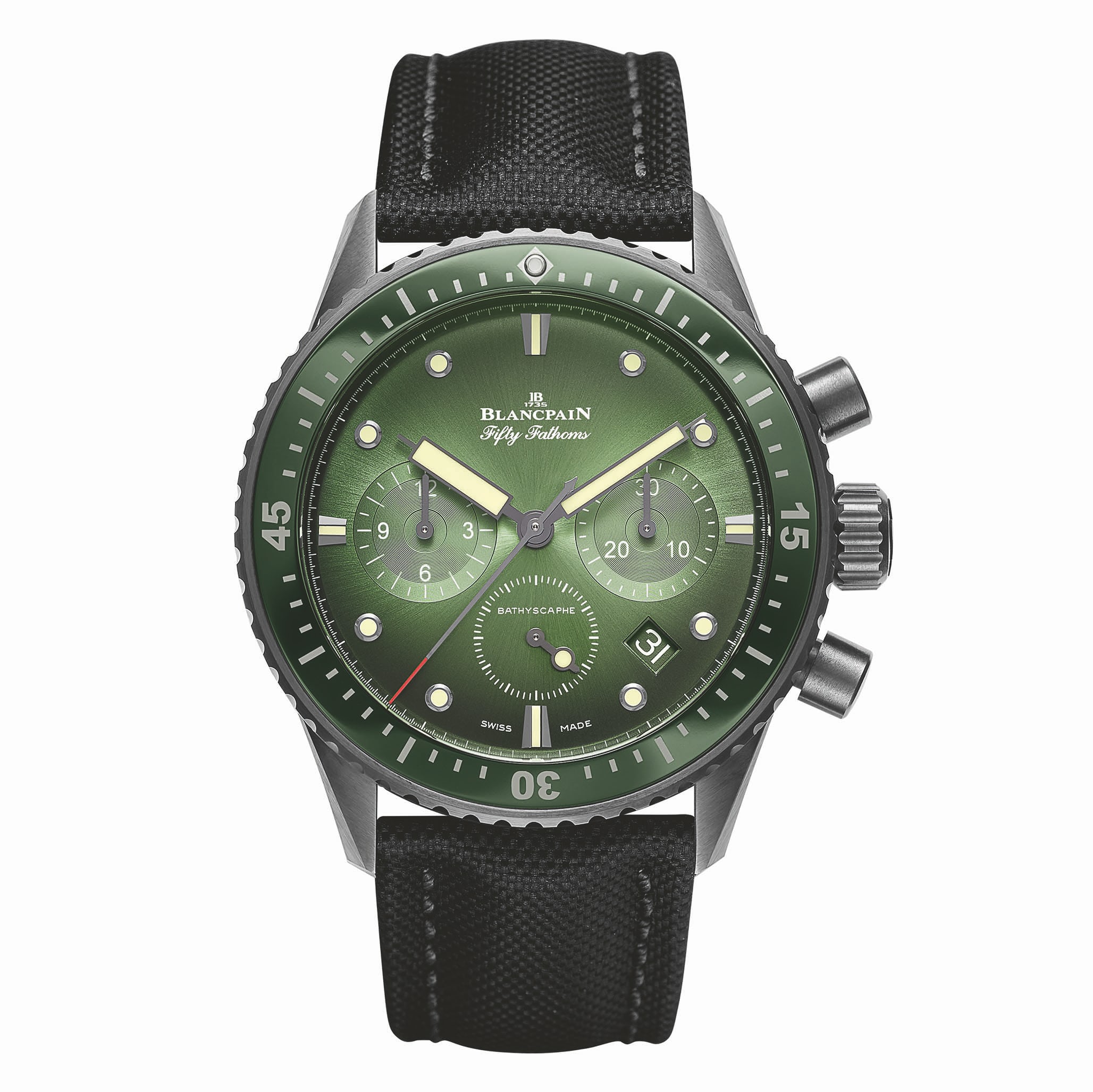 There’s a lot to like about the Bathyscaphe, the first thing being the size. The classic Fifty Fathoms is both large in diameter and very thick, with the chronograph models getting on for 45mm in diameter and an enormous 15.5mm thickness, that’s close to the Seamaster Planet Ocean Chronograph. That makes the Fifty Fathoms Bathyscaphe Chronograph Flyback’s 43.6mm x 15.25mm case seem positively microscopic. You won’t have a weight problem from this watch, though the case appears to be brushed titanium it’s actually made of ceramic. Weirdly, Blancpain’s press release says the case is black, I think something got lost in translation there. 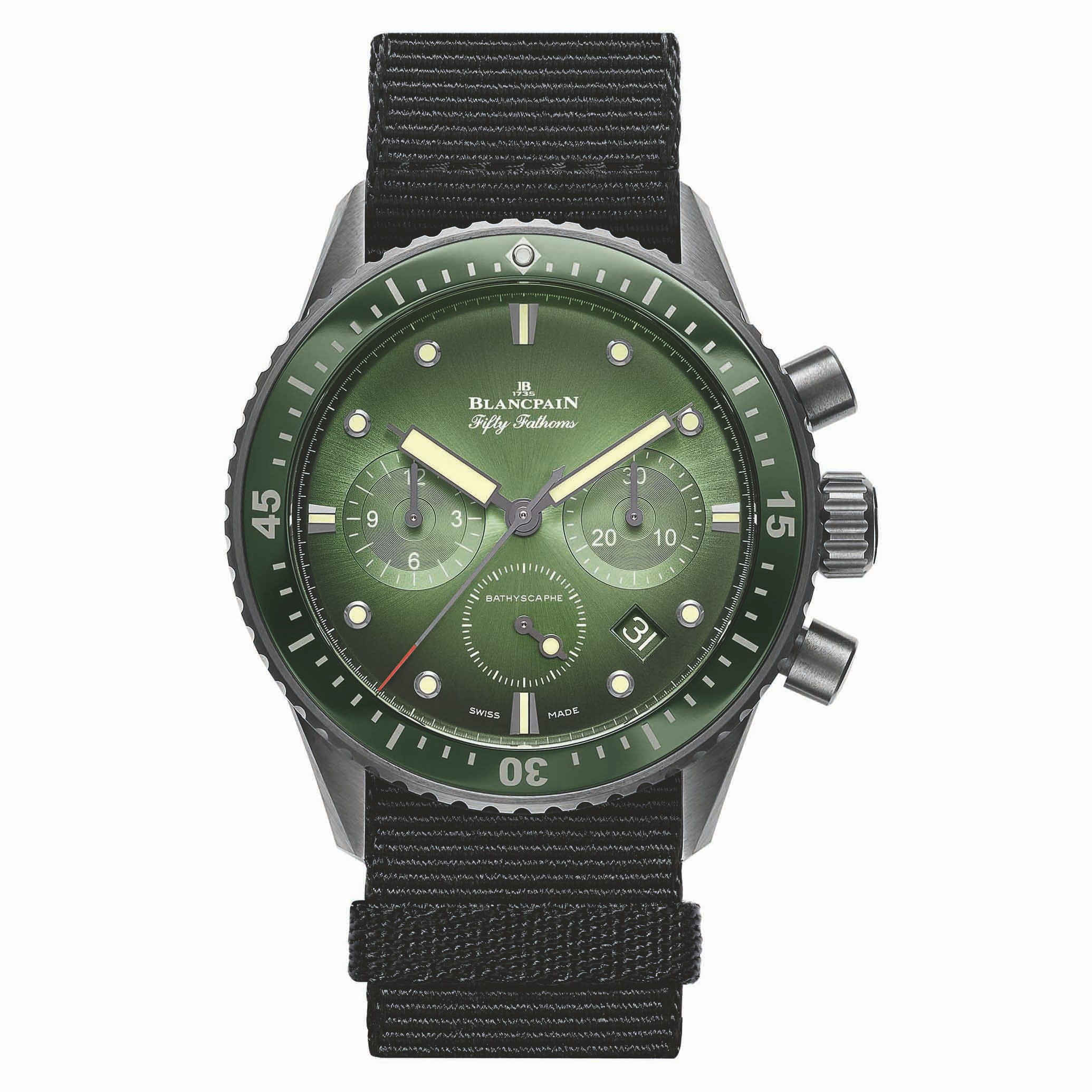 The watch is very stylish for a sports watch, but it is still a sports watch at heart. That means Blancpain has put some thought into the design of the mechanics of the watch. For instance, the chronograph pushers are safely operable when underwater. The only other company I can think of that does this with its watches is Blancpain’s Swatch-owned sister Omega, most chronographs are not safe to be used when submerged as their gasket design will allow water into the case. 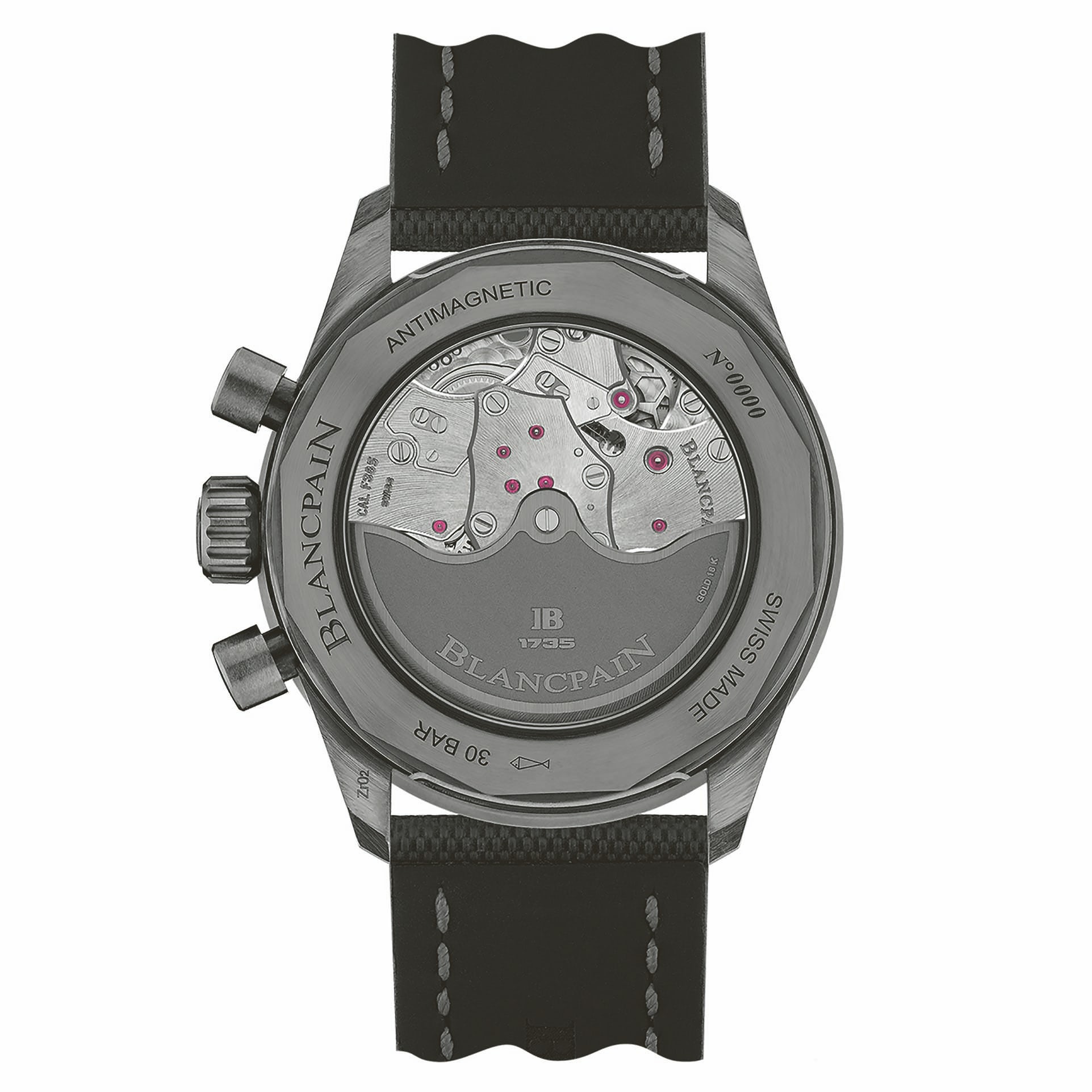 On display through the sapphire caseback of the watch is the calibre F385. It’s got all the mod-cons you could want from a modern chronograph movement. It features a vertical clutch which won’t get damaged if you leave the chronograph running all the time and a column wheel controls the chronograph and flyback functions, so the hands always operate smoothly even when flying back. It also has a 50-hour power reserve, and thanks to a 5Hz beat rate it is more than a match for the legendary Zenith El Primero movement. Except this one is housed in a robust and attractive case.

The price for this one is high as you’d expect of a Blancpain. If you want one of these, they aren’t limited in production numbers and will set you back $17,200. It does come on sailcloth strap, which is cool.