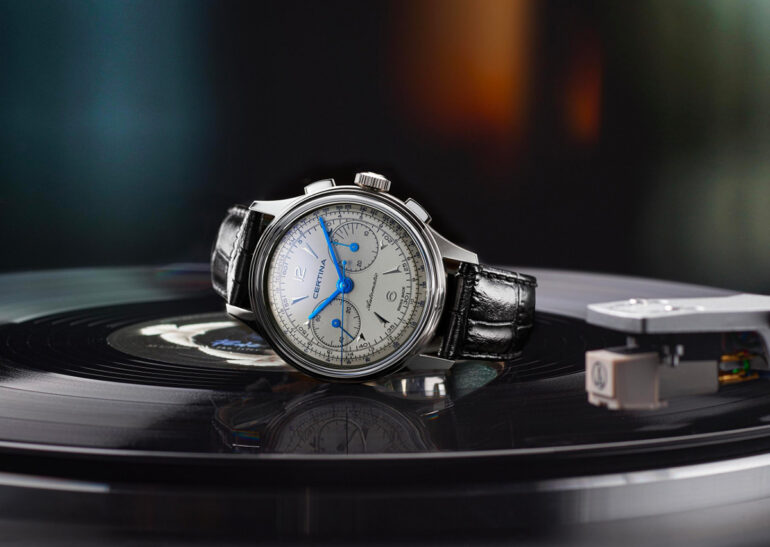 With a rich 130-year history, Certina, like many other popular brands, has gradually started making its presence felt in the rapidly growing vintage re-issue segment. During Baselworld 2017, Certina revealed the modern avatar of its popular 1967 dive watch, the DS PH200M. And now, the brand has expanded its Heritage catalog with a stunning recreation of an elegant chronograph from the 1940s. 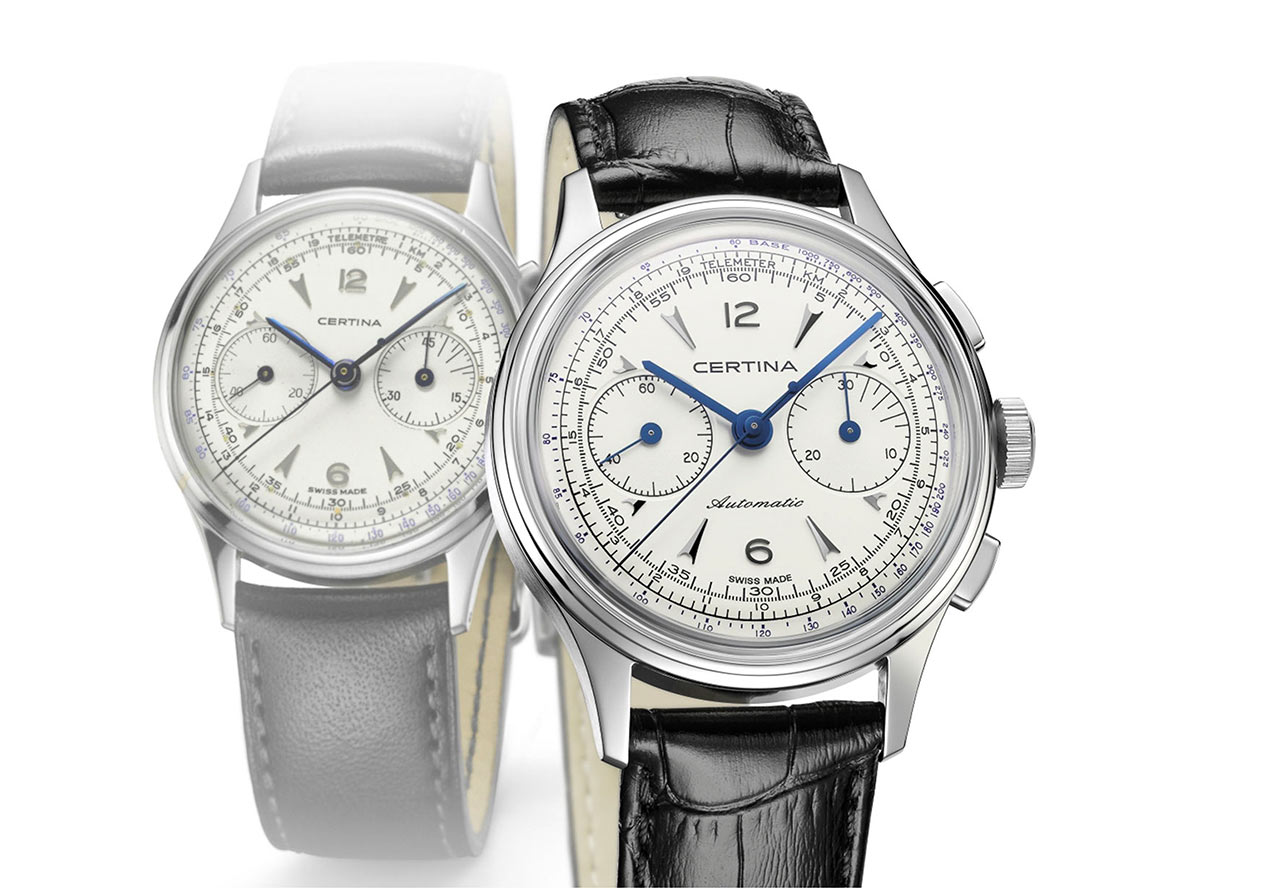 The Heritage game is about re-creating the magic of the past and Certina seems to have nailed it with the new Certina DS Automatic Chronograph by making a watch that sticks to the original recipe and looks virtually identical to its vintage inspiration. Presented in a subdued shade of silver, the dial, like the original reference, features a balanced twin-register layout, visually captivating thermally blued hands, and applied hour markings that are a combination of faceted triangles and numerals at 12 and 6. A black minute track surrounds the hour markers, which is followed by a Telemeter scale and a tachymeter scale in blue. While the layout looks familiar, what makes this piece special, in my opinion, is the way the dial has been domed towards the edges like the historic reference, creating some intriguing distortions when looked at from certain angles. Furthermore, to aid legibility, the tip of the minute hand has also been curved. 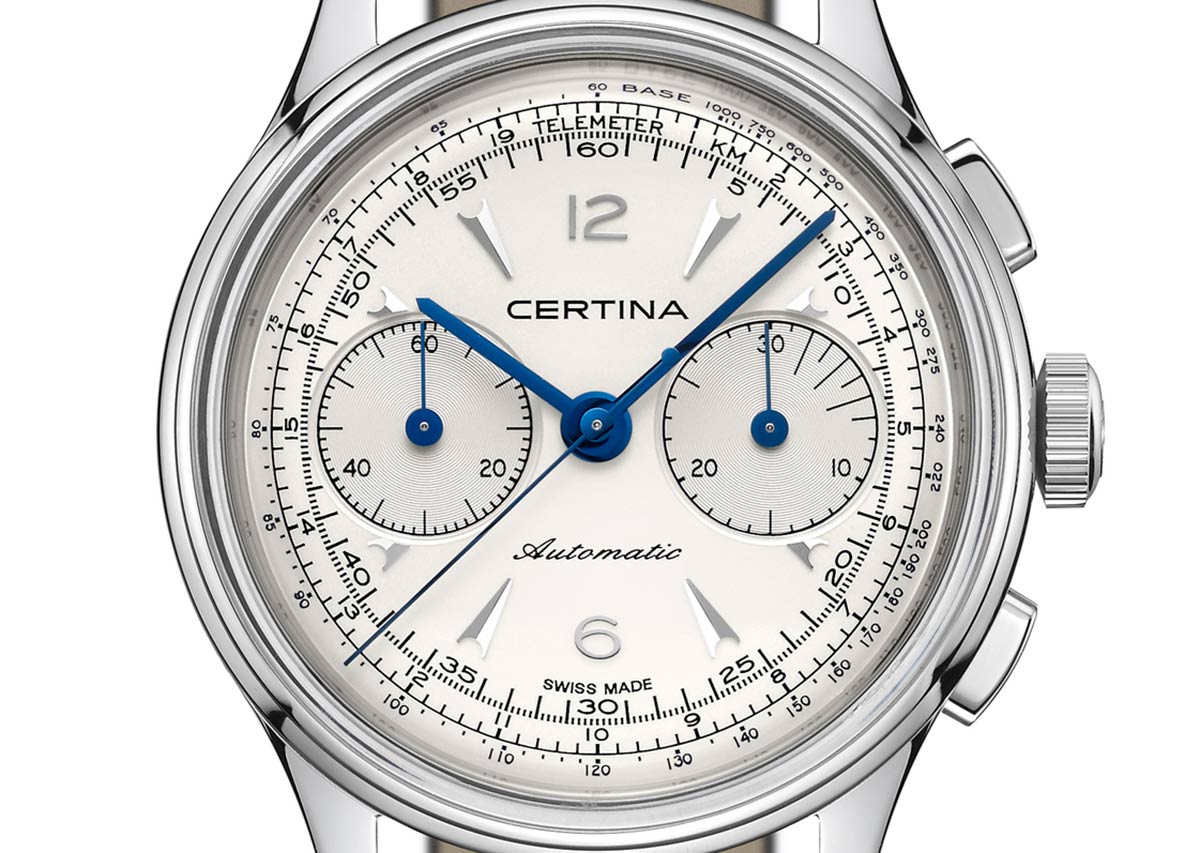 The case, like the dial, has been designed to look historically accurate, albeit with a few modern touches. It has been crafted from stainless steel and measures 42mm in diameter and has a thickness of around 13.9mm. As the dimensions suggest this watch is slightly larger as compared to its 36mm vintage sibling but is well-sized for a modern chronograph. Sitting atop the case is a fixed bezel and a beautiful box-shaped sapphire crystal to provide enhanced protection from scratches. The right side of the case is flanked by two rectangular pushers and a nice grippy crown, and there is also a healthy 100 meters of water resistance on offer. 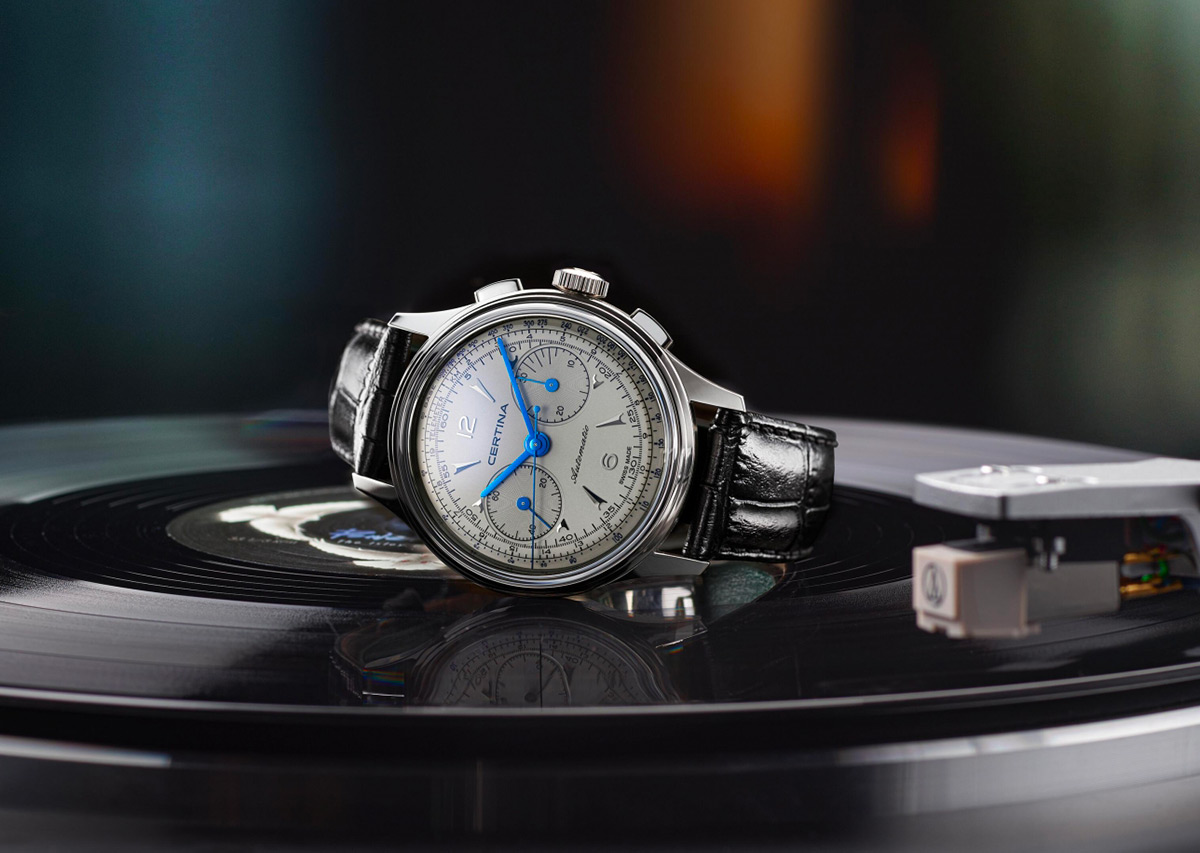 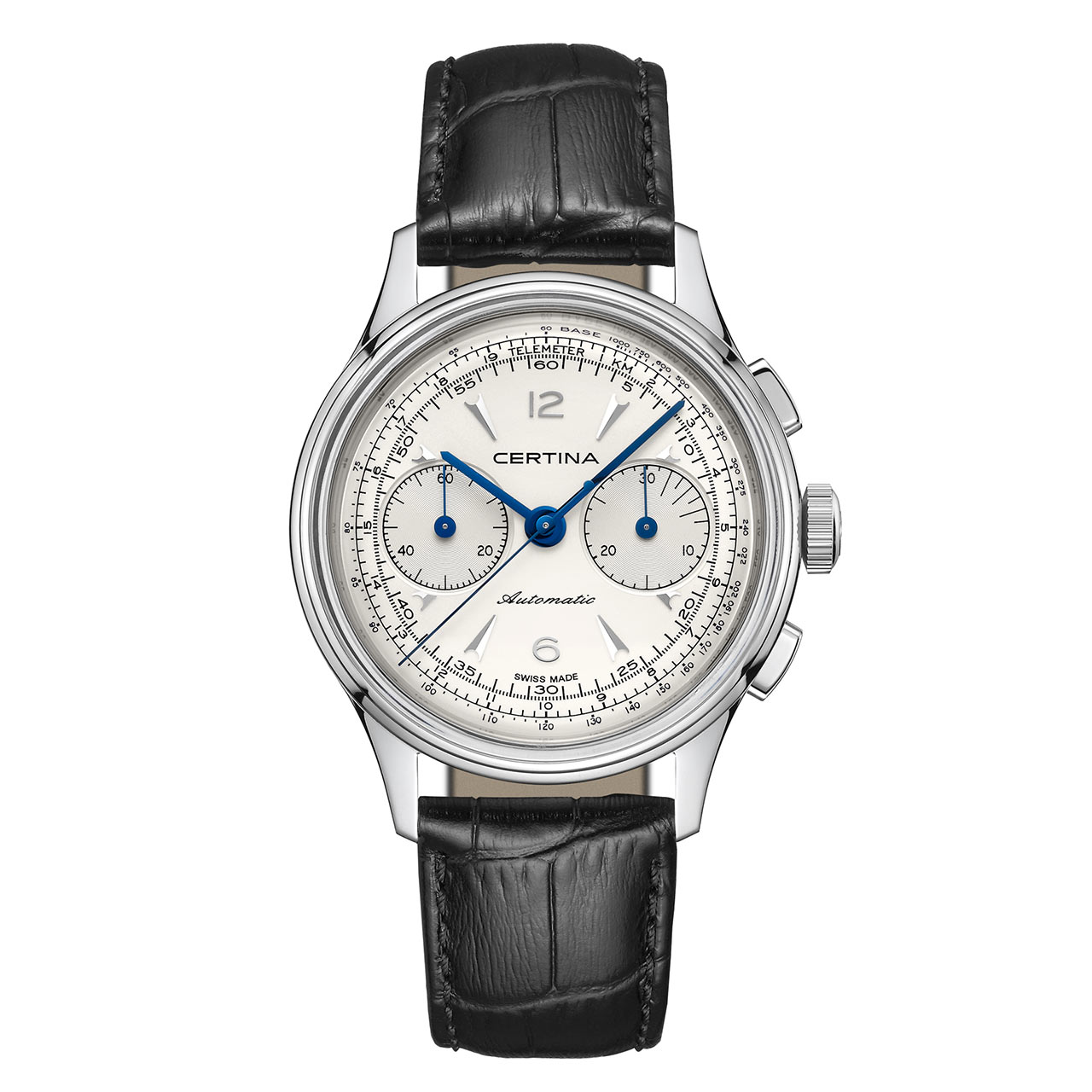 Ticking inside the new Certina DS automatic chronograph is the calibre A05.31. A heavily modified version of the venerable Valjoux 7750, the calibre A05.31 operates at 4Hz and offers a power reserve of around 60 hours, as opposed to around 48 hours of juice that one gets from the 7750. The A05.31 also comes equipped with a silicon hairspring for better anti-magnetic protection. And while it would have been great to see the movement, in a nod to the vintage spirit of this watch, it has been hidden underneath a closed case back that has been decorated with an old double C Certina logo. 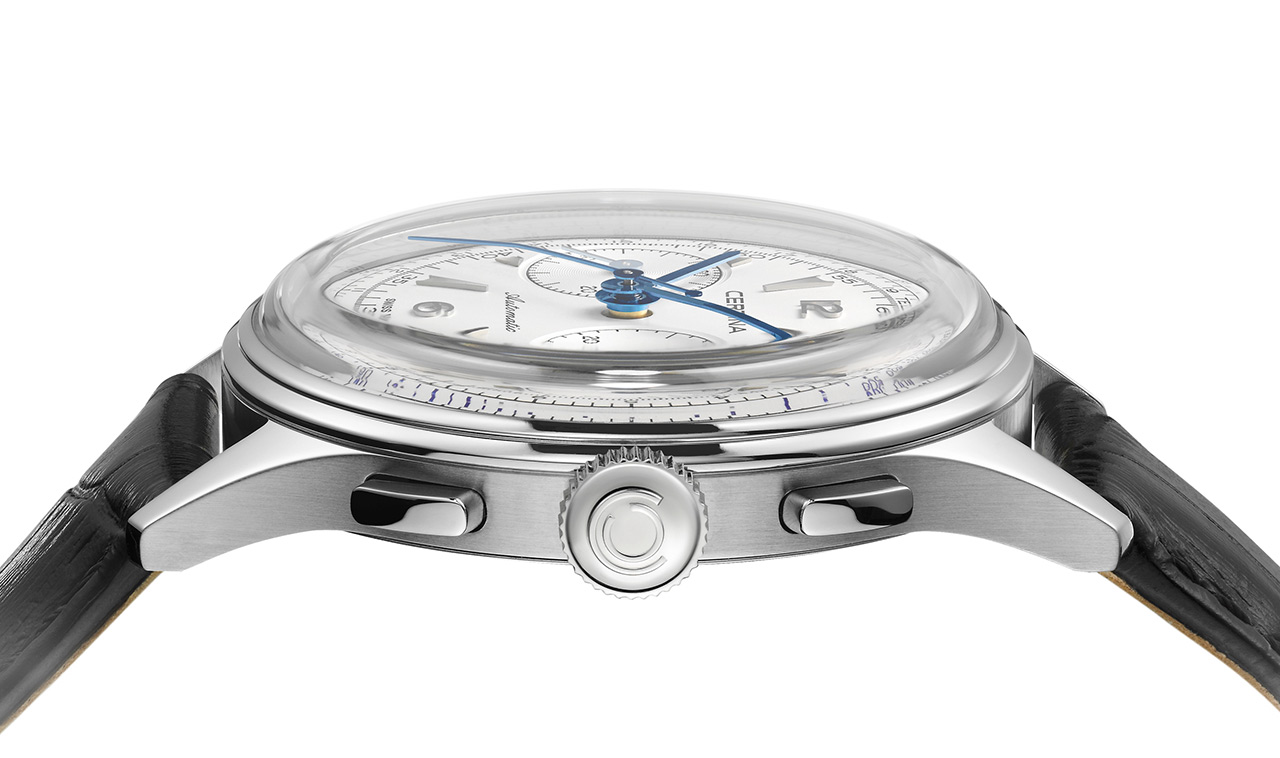 The new Certina DS Automatic Chronograph comes attached to a black leather strap with a quick-release system to facilitate easy change of straps, even though the lug width is an annoying 21mm. The retail price of the watch is EUR 1,920.