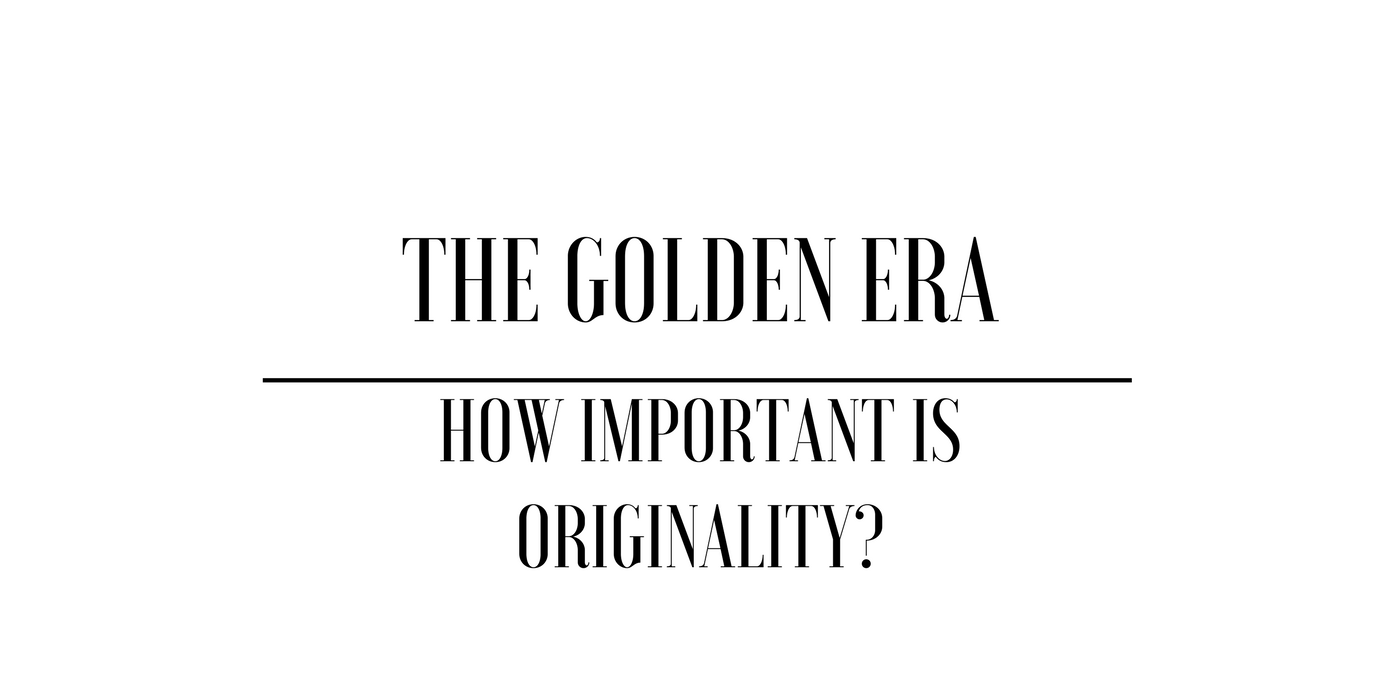 The Golden Era: How Important Is Originality?

Vintage watches are funny, most of them were made, bought and worn for and by people who saw them as a tool. A tool that helped them keep the time. A tool that would probably never have been invented or used of we had had some sort of inner clock. The people who wore watches in the 30’s, 40’s 50’s, 60’s and 70’s wore them until they broke, and in many cases, they were thrown away when they did. Other people gave them to a local watchmaker who would often use very creative methods of fixing it. This included filing down the inner portions of the case to make a crystal that was too big fit. Or refurbishing a dial that had been marked by the tooth of time. More wealthy people might have sent their watch back to the manufacturer or a reputable watchmaker who would use more professional ways of restoring the watch, such as finding or even manufacturing a crystal that fit the case, and fitting it with a new, original dial. In this golden era of watchmaking, it wasn’t too important that a watch stayed factory original, the most important aspect was that it worked. However, in recent times, originality has become very important to collectors of vintage watches. It’s often said that a 70% of a vintage watch’s value lies in the dial. This is not to say that a watch with a refurbished dial will lose 70% of its value, it is more of expressing just how important it is to a serious collector that the dial is original. With the prices and popularity of vintage watches exploding in recent years, the competition gets harder and harder. A big auction house usually won’t bother with a watch if it’s not 100% factory original. So what should you do then if the dial or hands of your watch is in such a bad condition it’s illegible? 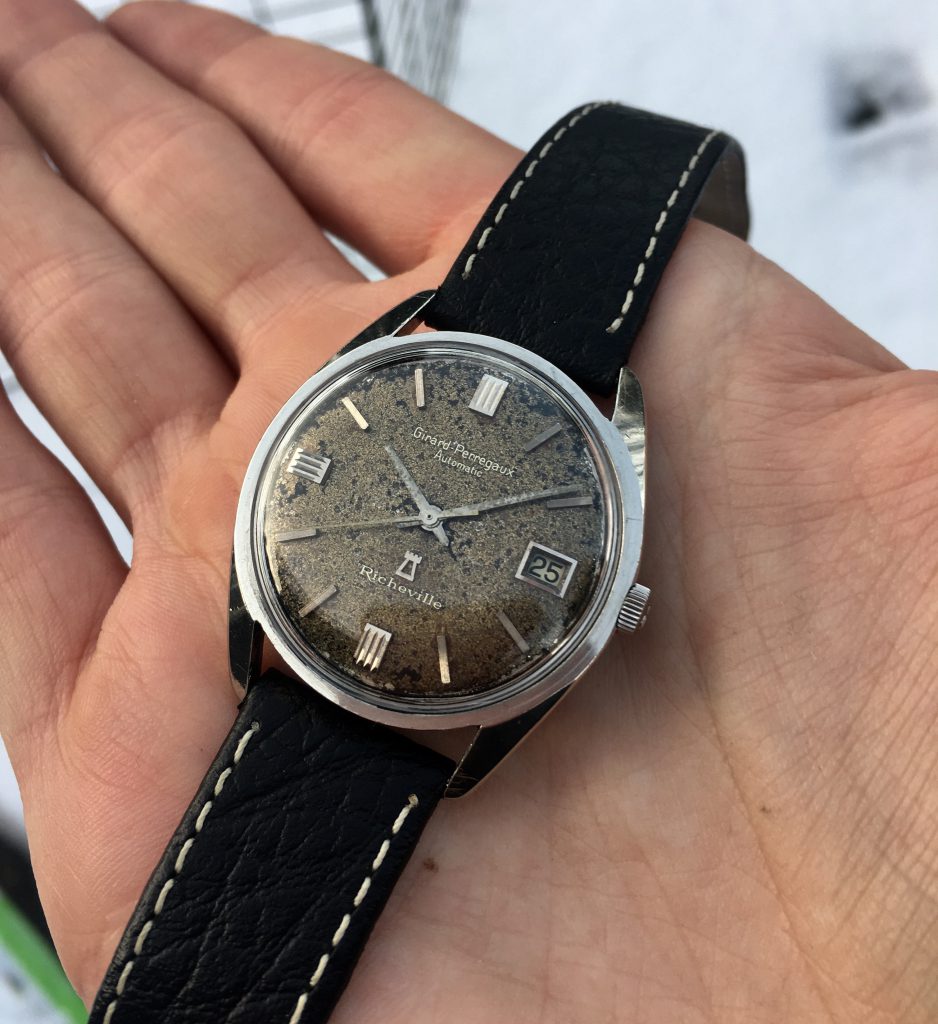 First of all, let’s have a look at just how important all the parts of a vintage watch are, because they are not equally important. These parts are mostly the visible parts like the case, dial, hands, and bezel. This is based on an original movement with an original case, if the movement or case is not original, I would advise anyone to steer clear of the watch. The dial is by far the most important part of almost any vintage watch. If the dial has been refurbished, replaced or is completely ruined, most serious collectors won’t touch it, and thus it will lose a lot of value, just how much depends on the watch and the current state of the dial. For example, a dial that has been refurbished by an amateur, where you can see many inaccuracies compared to an original one, will be worth less than the same watch with a professionally refurbished dial that is near identical to the original watch. The most important thing to me is that the seller is honest. This is Alpha and Omega. If the seller states that yes this watch is indeed refurbished and the price reflects on it, then that’s completely okay, but I, and most serious collectors will keep looking for a watch with an original dial, even if that means paying more for it. But in the end, it’s better to refurbish a dial that is completely illegible, than discarding it or not being able to read the time on it, because in the end, that’s what matters the most.

The hands are the second most important part of a vintage watch in my opinion, because they are, behind the dial, the most visually striking part of a watch. The first thing anyone notices are the dial and the hands. Again, value depends on of the watch, and the replacement hands. If the replacement hands are completely off-putting or does not fit the dial, of an otherwise very expensive and rare vintage piece, chances are it will drop significantly in price. But if the hands are very true to the original, maybe even made to specifically look original, then the price drop may not be as bad. There are a lot of manufacturers of parts that look vintage but are completely new. You can find vintage Rolexes with hands, bezels or even dials that have been replaced for a completely new, but vintage looking part. But then we run into another problem; the replacement parts are not even made by Rolex, in theory, they are fake. Let’s say you have a vintage 1665 Rolex Sea-Dweller, but the hands are completely disintegrated and about to fall off. Would you rather have Rolex fit a new pair of hands that are completely white, while the markers are golden brown, or would you fit a pair of aftermarket (not made by Rolex) hands that match the markers? Many collectors would frown upon fitting aftermarket hands to a vintage Rolex, but it would be very off putting to have a 1665 with a nice, golden brown dial and chalk white hands. There is no simple answer to this, and there is no right or wrong, but as with anything, no matter what you choose, make sure a potential buyer knows what you did before selling the watch.

Now to the crown, the crown of a watch is probably the part that is changed the most. This is because it experiences a lot more wear and tear than any other part of the watch. I would say that out of the three aspects I have mentioned so far, this is probably the one that affects the dial the least. But like the others, most serious vintage collectors will steer clear and find an example with an original crown. In the golden era of watchmaking, if a crown broke off or became wobbly, it would get thrown away and a replacement crown would be fitted. At this time most people would not care if the crown was original to the watch, as long as it fit and the watch could be wound again it didn’t matter to your average watch wearer. I will post two examples if vintage watches down below to visually show you what I’m talking about. 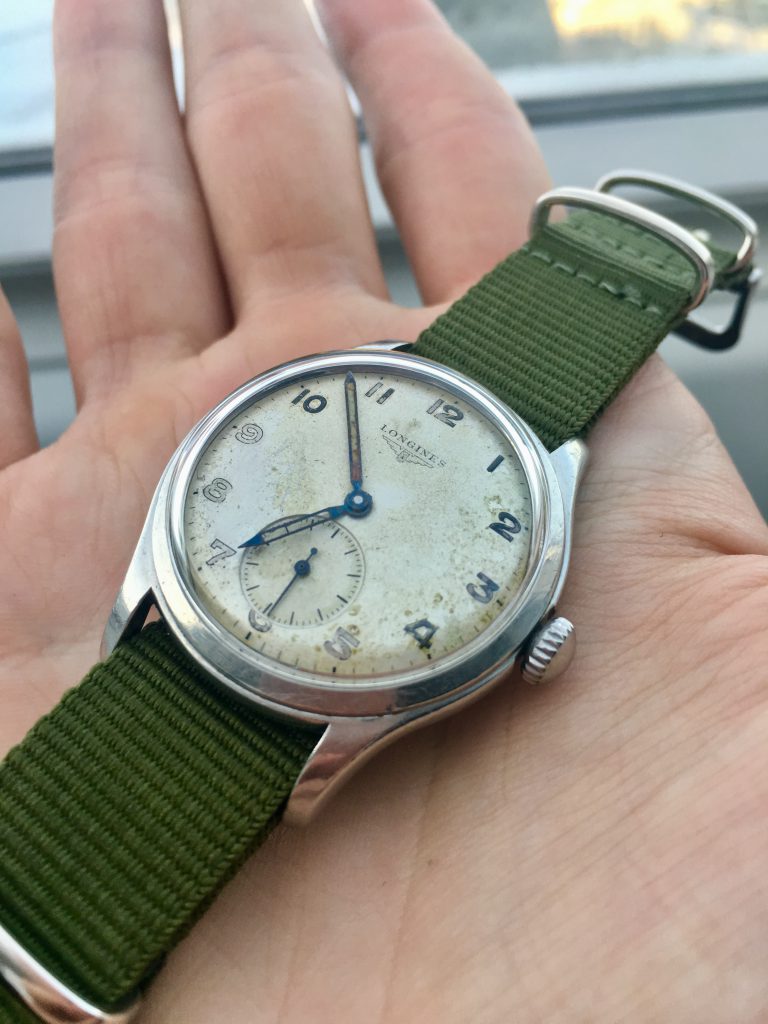 First, is this vintage Longines manufactured in 1951, as you can see, both the dial and hands have taken quite a beating over the 66 years this watch has been ‘alive’. The radium on the hour hand has completely disintegrated and the minute hand has quite a bit if rust on it. Five of the hour markers have almost completely disappeared and the dial is heavily patinated. A non watch-enthusiast would call this a dirty, old and worn out watch. But the dial is still highly legible and the hands can still move freely, so why would anyone want to change it? Some people might not like this patina, and would probably either steer clear or switch out the dial and hands for new ones. I have decided not to do this partially because I am a huge fan of patina but also because I’d like to keep it original. Some of our readers may notice that the crown is not original, this was most likely done many years ago as it shows quite a lot of wear and tear, and to be honest, it does not bother me on such an inexpensive watch. 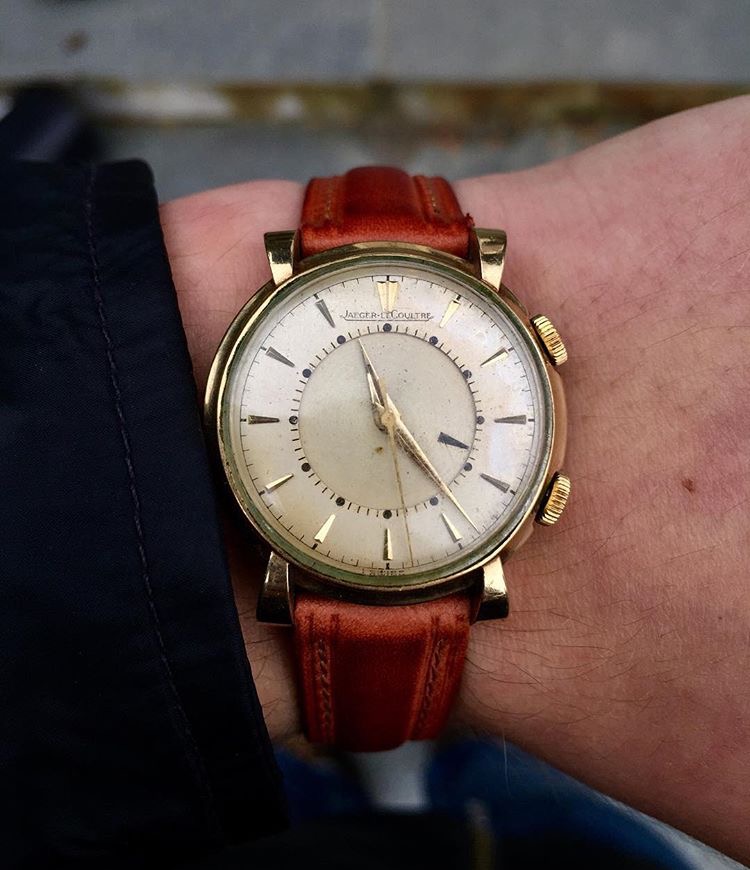 Now for our next example, we have a watch where original crown(s) has a huge impact on the value. This is a Jaeger-LeCoultre Memovox from 1955 with quite a lot of history behind it. This watch was purchased new in 1955 in West-Germany. It was purchased by a Jewish businessman who wanted to celebrate him moving to New York to start a grocery shop. This particular Jewish businessman had been freed from the Nazi concentration camp Ravensbrück only 10 years prior to 1955. He had been there for three years when the war finally ended in 1945. This was his first wristwatch. This is in pristine condition for its age with only minor patina on the dial, original hands, and most importantly, two original crowns. As these watches came with two signed crowns, it was very likely that at least one of them would break over the course of more than 50 years, and if one of them broke, it would stand out like a sore thumb to have a replacement crown that was not identical to the other. As this is a two-part dial, this was also twice as likely to break, and you will see a lot of these watches with unoriginal crowns or unoriginal dials. Therefore, it affects the value more than on other watches if the dial or crowns are not original.

To sum up, the affect an unoriginal part has on the value of a watch varies from watch to watch. Vintage watches in the higher price range will suffer a bigger hit to their value of something is not as it should be. But in the end, what matters the most, is how you, the wearer, feel about it. But do not, I repeat do not sell a watch with unoriginal parts without making sure they buyer knows about it. 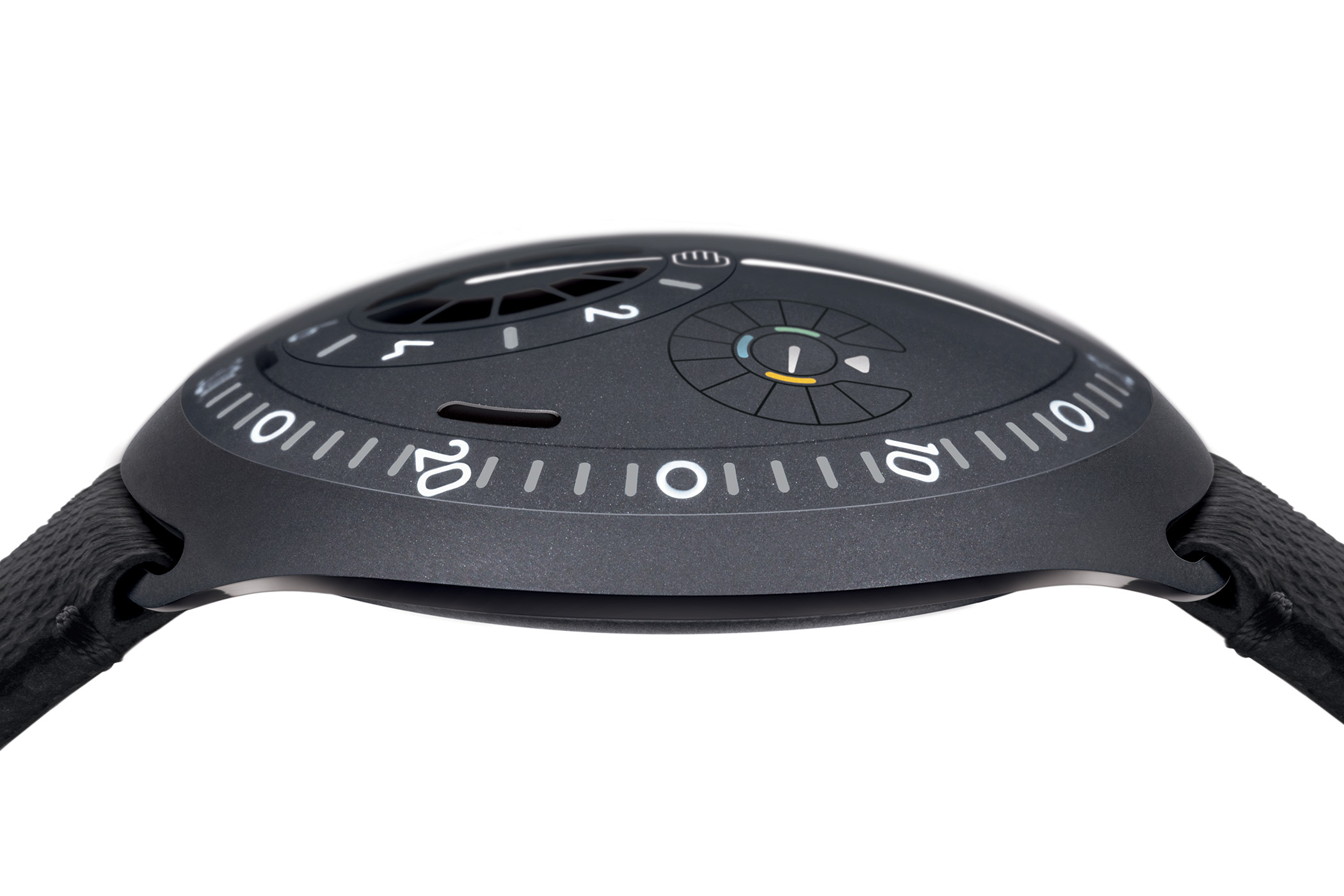