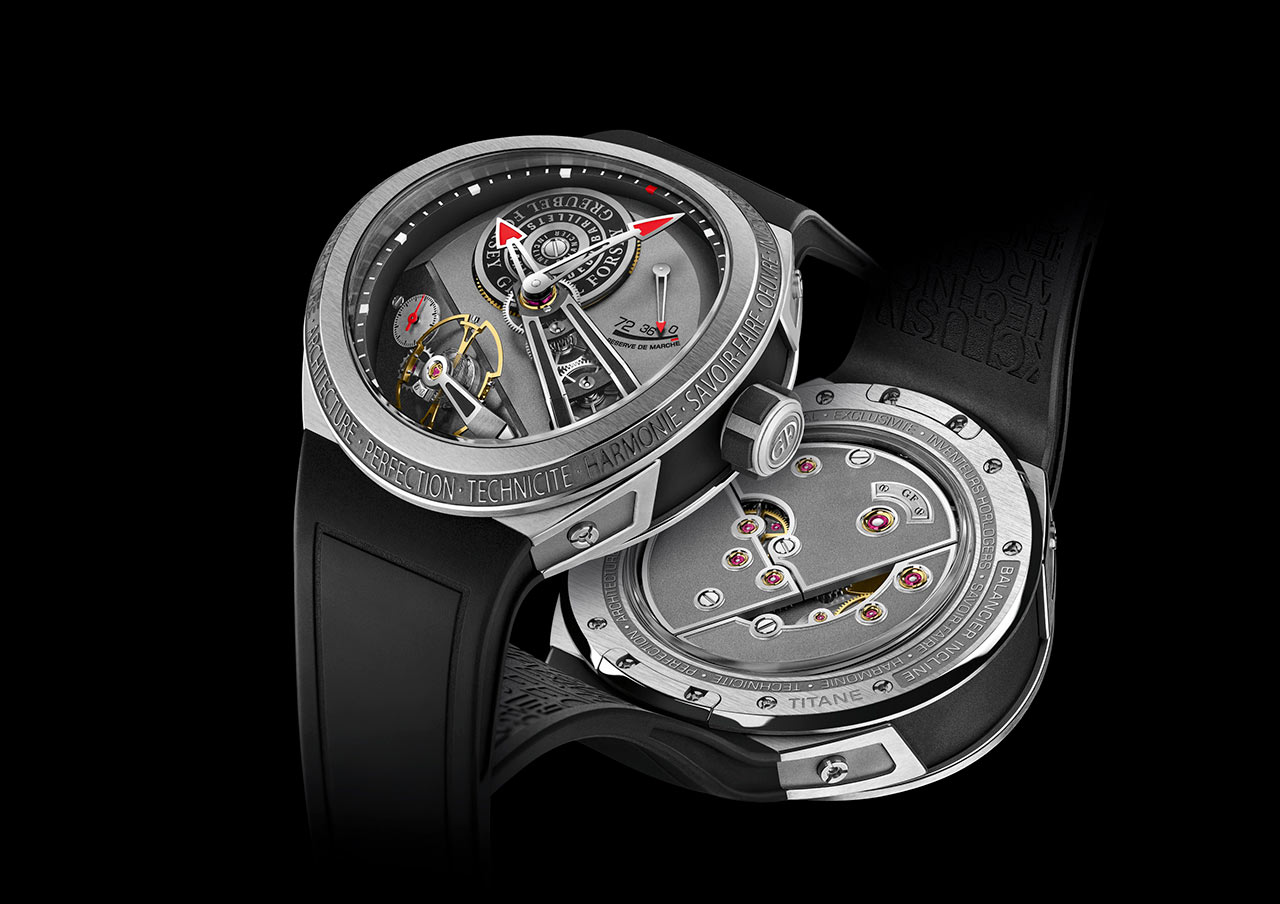 Given the fragility of the complicated mechanisms they showcase, Haute Horlogerie products are generally not designed to handle much abuse. However, a few brands such as Greubel Forsey are trying to change this, by developing watches such as the new Greubel Forsey Balancier S. This new watch features a rugged looking titanium case that is water-resistant to 100 meters and presents a sporty take on Greubel Forsey’s technical innovations. 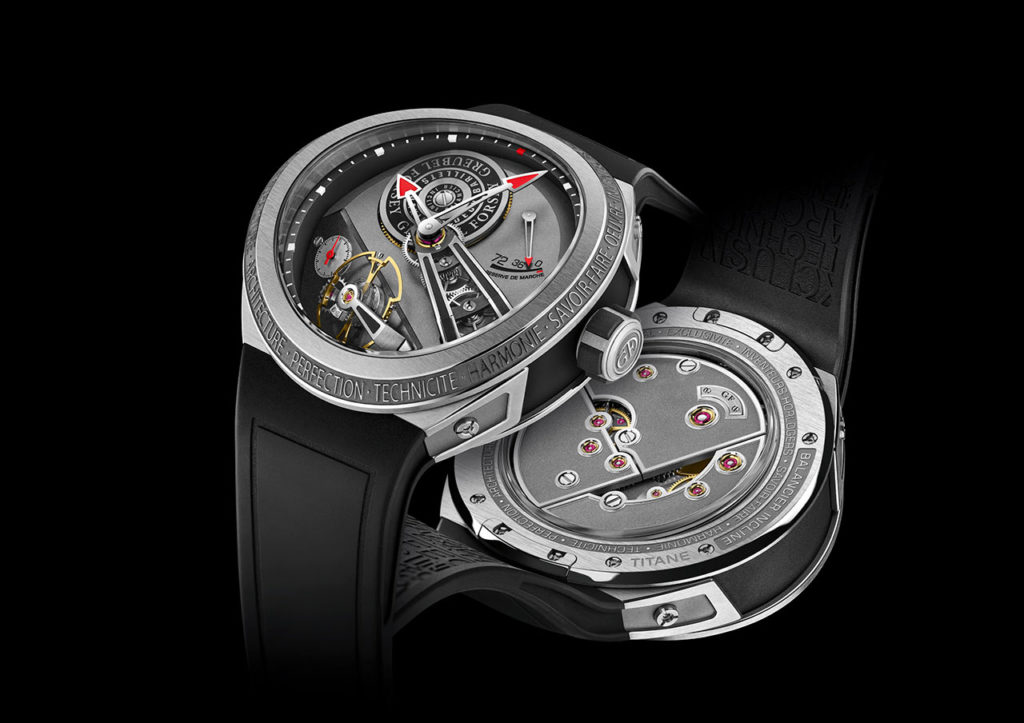 The first thing that immediately grabs attention on the Balancier S is the distinctive shape of its Titanium case. While it looks circular from the front, the case reveals its ovoid shape when it is looked at from other angles. But the story does not end here, as the folks at Greubel Forsey have worked hard to make this case look like a piece of art. For instance, a part of the bezel on top has been engraved with Greubel Forsey’s key values, and the rest of the case also exhibits a nice blend of several different finishes. Adorning the front, as well as the back of the case, are sapphire crystals that have customized to match the curvature of the case. As far as dimensions go, the case measures 45mm in diameter, but integrated lug design combined with the lightweight nature of titanium this watch should wear quite comfortably on a variety of wrists. 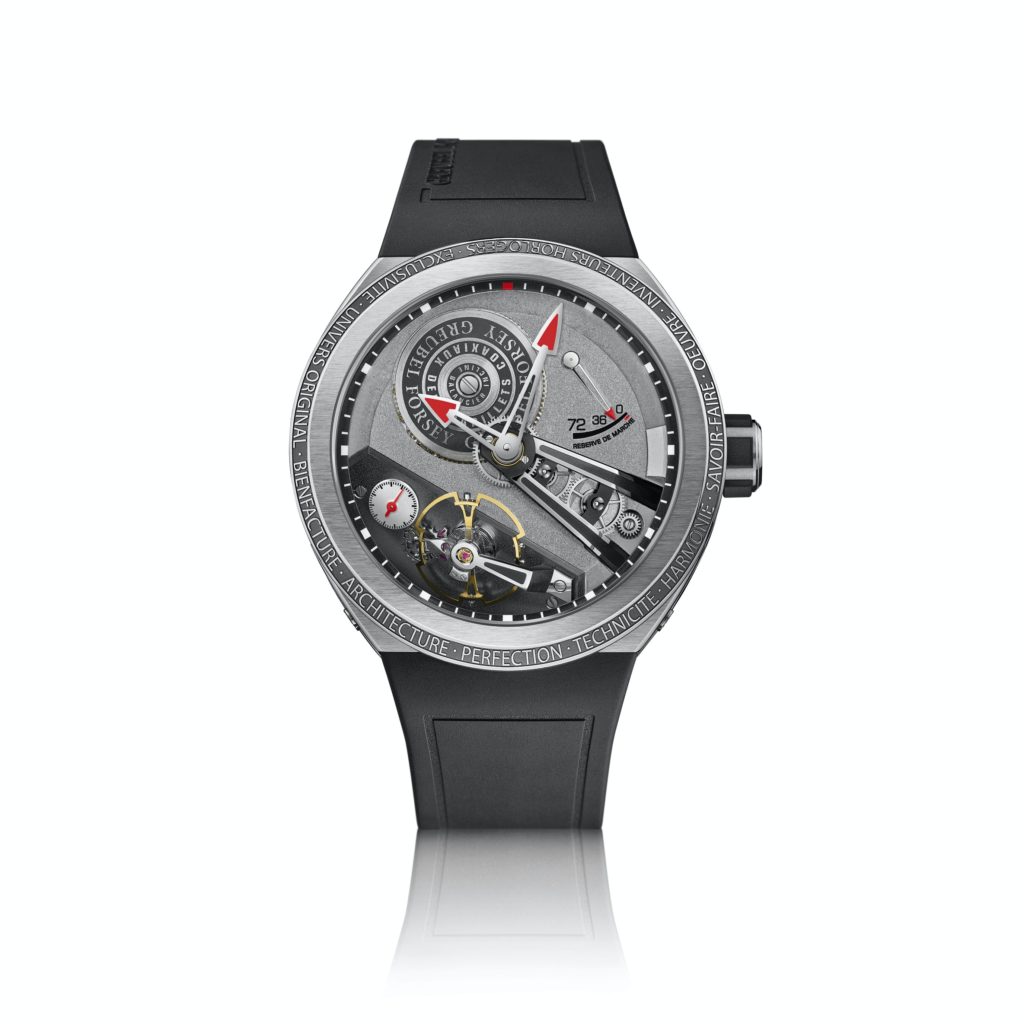 And to complement the non-conventional case, Greubel Forsey has given the Balancier S an equally dramatic-looking face. To begin with, the dial, like the case, has an unconventional design and comprises two halves. The larger upper half which is relatively flat houses the hand stack, twin-barrel assembly at 11 which features engraving like the one found on the bezel and a power reserve indicator. The lower half of the dial exhibits the brand’s technical competence. As can be seen in the pictures the entire section has been tilted at an angle of 30 degrees and houses the oversized balance wheel (measuring 12.6mm in diameter) assembly along with a small running seconds indicator. The incline not only makes a strong visual impact but also helps in achieving better chronometric performance. To create a further distinction between the two sections, the upper half has been presented in silver with a frosted finish whereas the inclined section has been blackened out. The use of red on the entire handset as well as the 12 O’clock marker adds a dash of color and sportiness to the dial. 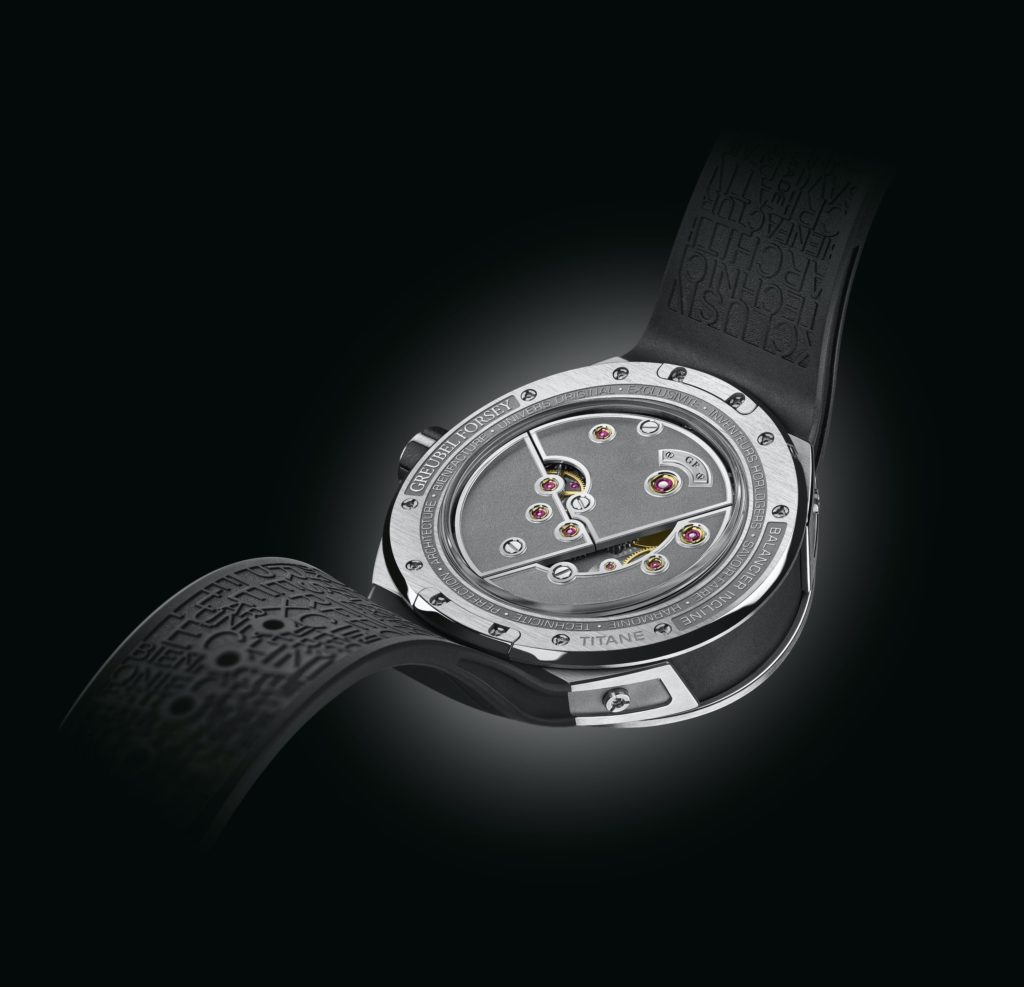 Powering the Balancier S is an in-house manually wound caliber. The movement has a unique architecture as it presents an exposed balance wheel mechanism on the dial side. Flipping the watch over reveals the bridges of the movement that have been neatly executed and given a beautiful frosted finish. The movement operates at a frequency of 3Hz and offers a power reserve of around 72 hours when fully wound.

The new Greubel Forsey Balancier S would come attached to a black rubber strap and would retail for CHF 195,000. Production would be limited to just 18 pieces.