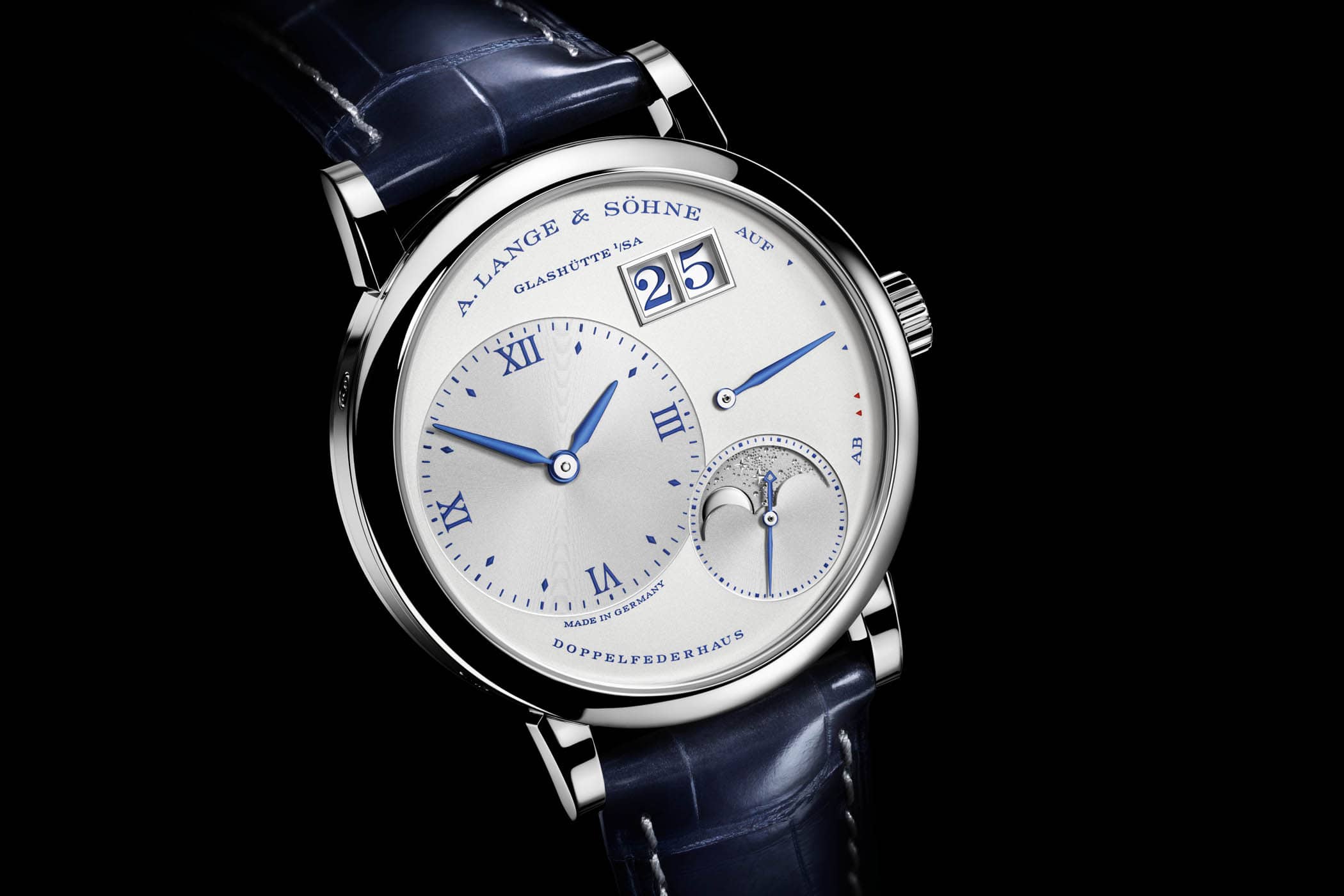 A. Lange & Söhne’s 10 watch tribute journey that celebrates the 25th anniversary of the Lange1 is about to conclude soon. Last month we showed you the Lange 1 Daymatic “25th anniversary”, the 8th tribute piece from the special collection and here we are today with the 9th installment, the Little Lange 1 Moon Phase “25th anniversary”. This watch delivers the Lange 1 experience in a compact package. 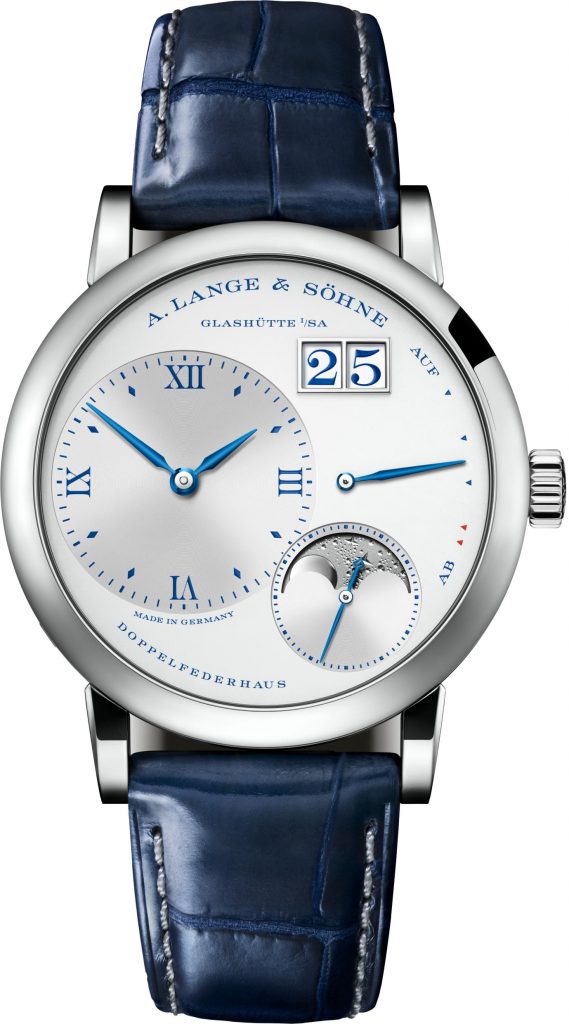 There is an old English agave which says, “Why to fix it when it ain’t broke” and A. Lange & Söhne certainly seem to have paid heed to it with the Lange 1. Design elements such as the asymmetrical dial layout, big date window, etc. that made the 1994 Original a success are still an integral part of the current Lange 1 family making it an instantly recognizable classic. That said the new Little Lange 1 25th Anniversary Edition comes with its share of goodies that make it stand out. First up is the argente colored dial which gives the watch a more modern appeal and is nicely complemented by several blue elements. Next is the little moon phase display which has been neatly integrated within the subsidiary seconds hand at 4. Furthermore, the lunar disc has been made using white gold and features hand-engraved stars showcasing nice attention to detail.

Staying true to its name the case on the Little Lange 1 has a discreet footprint and measures 36.8mm wide and 9.5mm tall. As the figures suggest this watch is primarily targeted towards people with smaller wrists or people who prefer wearing smaller watches. Size aside the case is similar to other watches from the Lange 1 anniversary models. It is constructed using 18k white gold and is finished to a high standard. 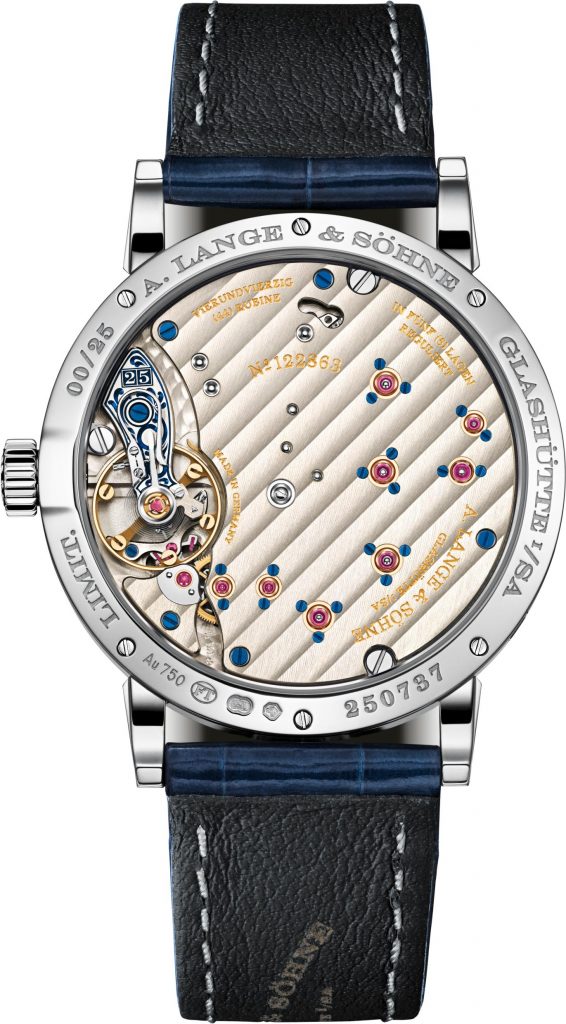 Powering the watch is A. Lange & Söhne’s in-house caliber L121.2. This is a hand-wound movement that operates at a frequency of 3Hz and offers a healthy power reserve of around 72 hours. In typical Lange fashion, the movement is exceptionally decorated. It features Glashütte striping, blued screws, finely polished bevels, and a hand-engraved balance cock with blue filling to name a few. It is a visual treat and can be enjoyed through the sapphire crystal exhibition case back.

In all the A. Lange & Söhne Little Lange 1 Moonphase “25th anniversary” watch is a great example of understated elegance. The watch would come mated to a blue alligator leather strap and would retail for EUR 42,300. Production would be limited to just 25 pieces.