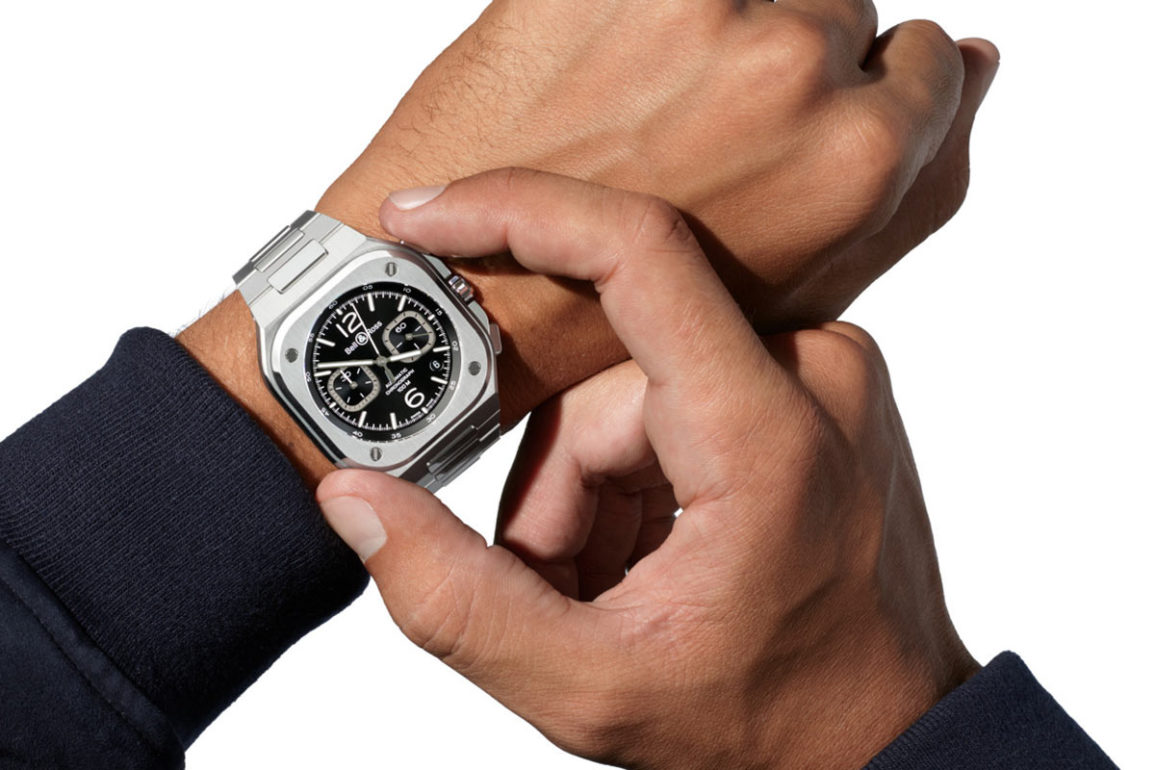 You may recall that over the past few years we’ve seen more and more brands get in on the integrated-bracelet smart/casual sports watch bandwagon. This train left the station back in the early 1970s with the Royal Oak from Audemars Piguet. The design language caught on and soon all members of the “Holy Trinity” had a smart/casual sports watch with an integrated bracelet and a design by Gérald Genta. Two brands, in particular, have recently released smart/casual sports watches that, for one reason or another, caught my attention. One brand is Chopard, which drew on its St Moritz as a base for the Alpine Eagle. The other is Bell & Ross, which doesn’t have the long history of any of the brands I’ve mentioned thus far, but it does have a niche market to itself. 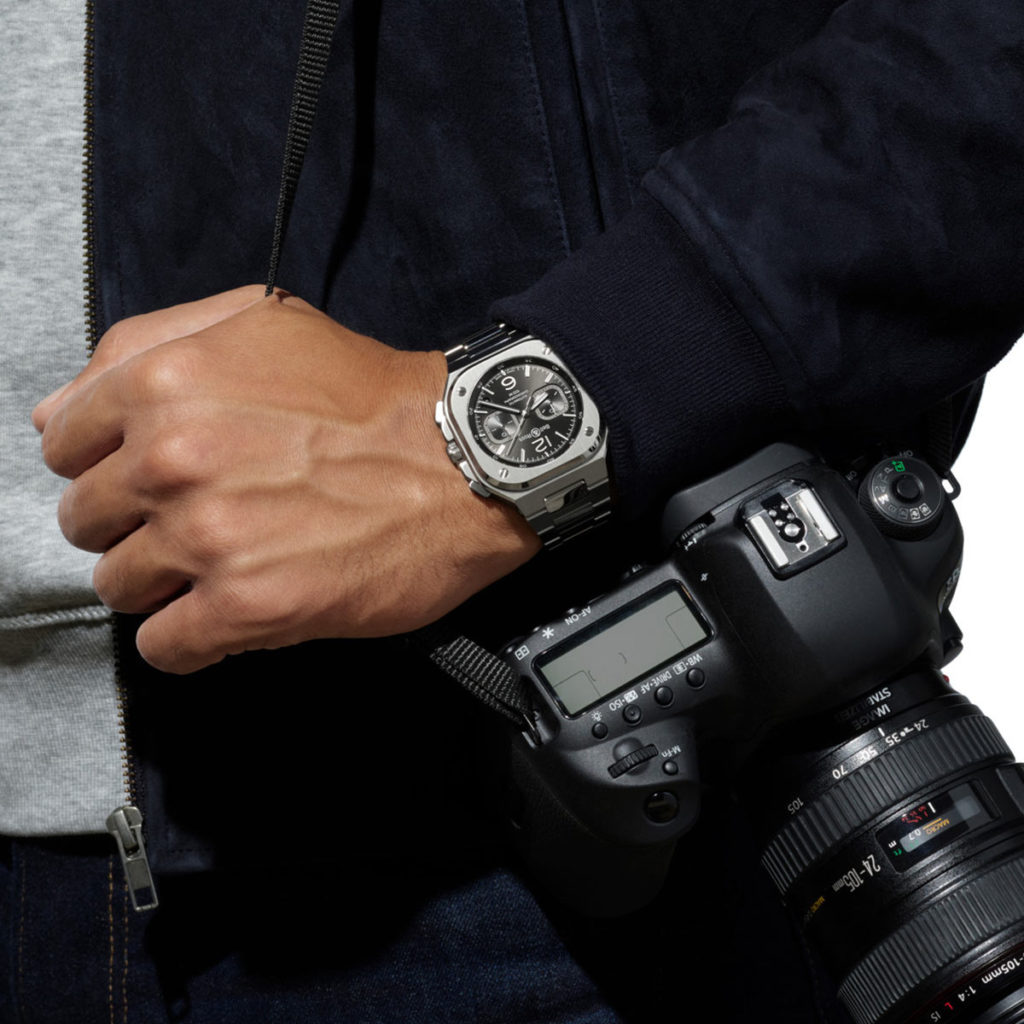 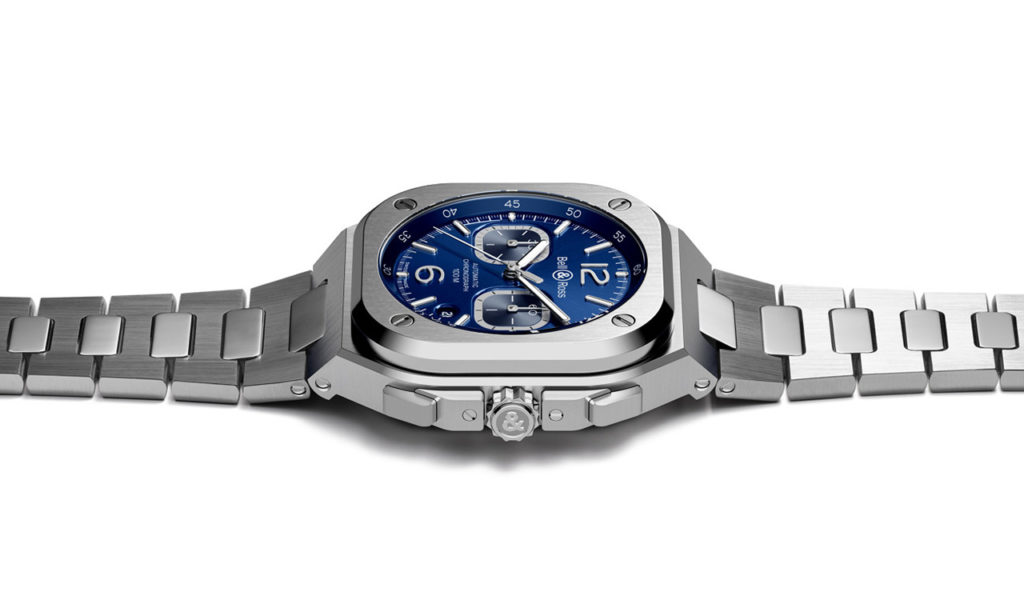 A couple of weeks ago we showed you the new Alpine Eagle XL Chronograph watches. Now, Bell & Ross has followed suit and issued its own chronograph variant of the BR 05, imaginatively called the BR 05 Chronograph. 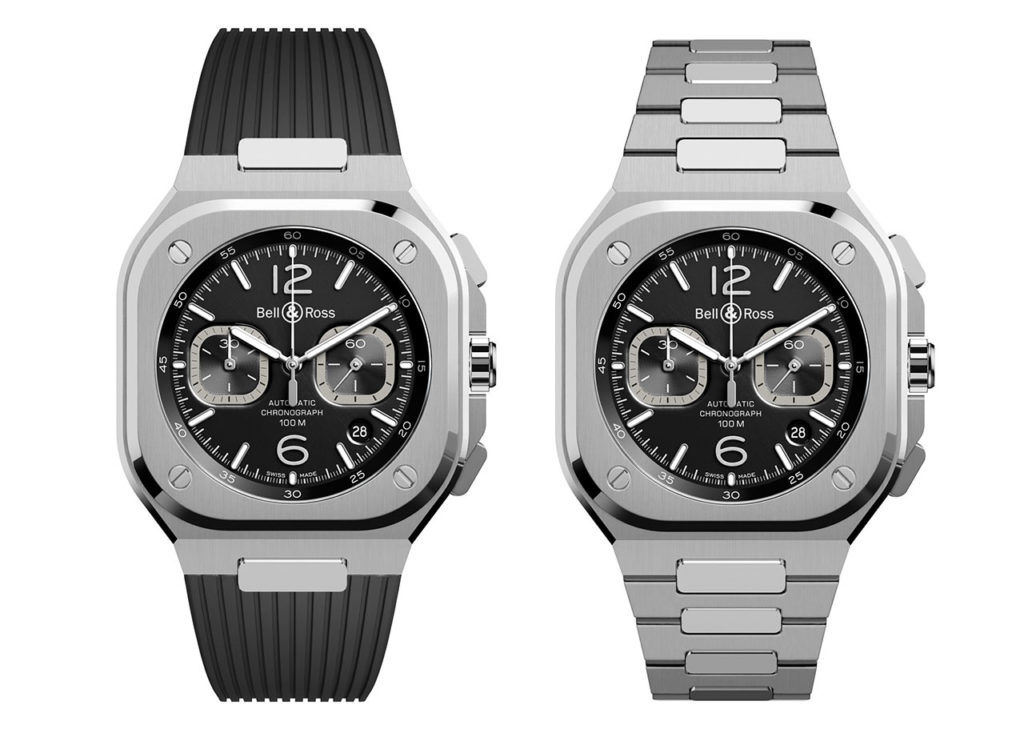 It features the same divisive looks as the original BR 05. The case has been crafted from stainless steel to be mostly square with rounded corners and a screw in each corner. It’s made up of many layers. The round crystal sits proud of the flat bezel, which itself sits atop the central portion of the case which features lines that taper towards the strap or bracelet. 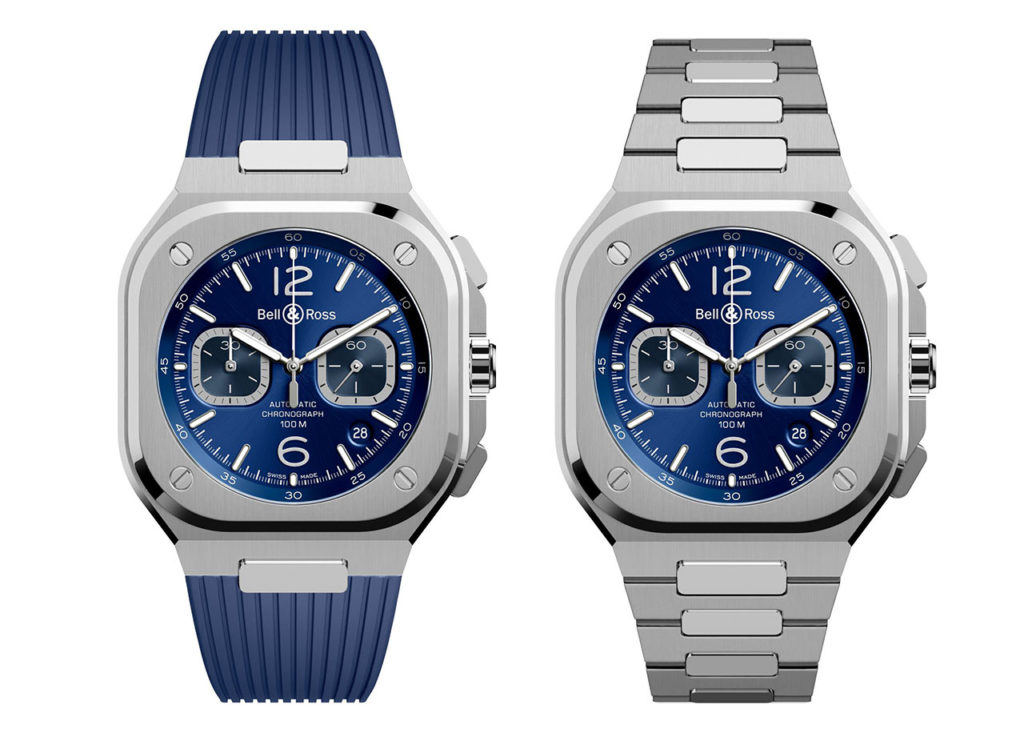 The watch comes with a choice of two colours, blue or black. Both of which have a sunray finish to the dial and can have a matching rubber strap or a steel bracelet. There are two chronograph subdials here, and they have their own sunray finish to them. I’m not sure about their legibility, though, there are few numerals on them to keep it clean, but they seem a little small. I like the squared hands on the subdials, though, they match the case design. There’s an offset date between 4 and 5 as well. 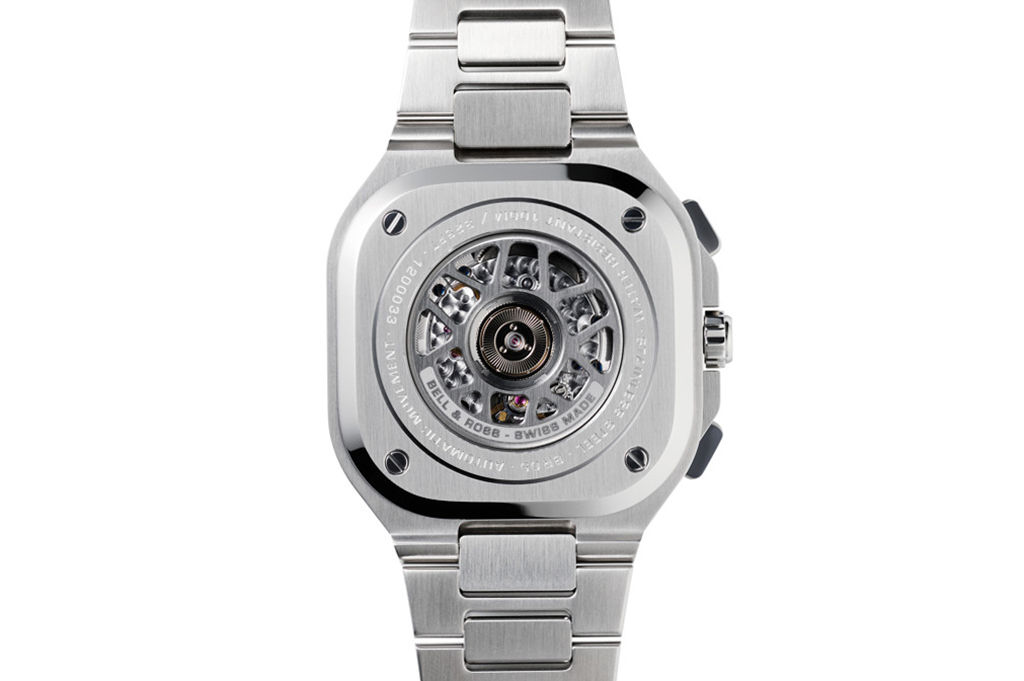 Inside the 42mm case is what Bell & Ross calls the calibre BR-CAL.301 but we know it as the ETA 2894-2. It’s mostly on display around the back, but an automatic rotor designed to look like a wheel covers the back part. The movement has a 41-hour power reserve and a 4Hz beat rate. 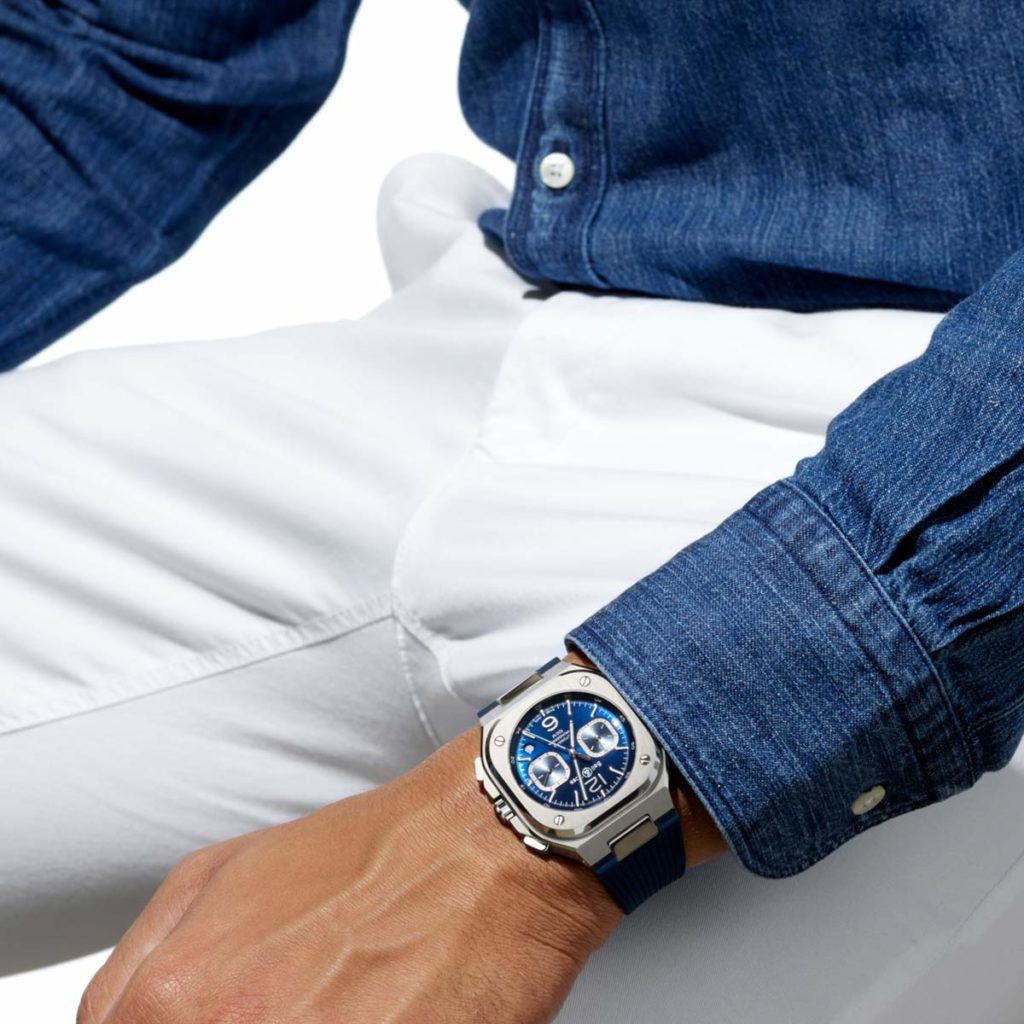 In terms of pricing, the BR 05 Chronograph will cost €5900 on the steel bracelet, though that price reduces to €5400 on the strap.