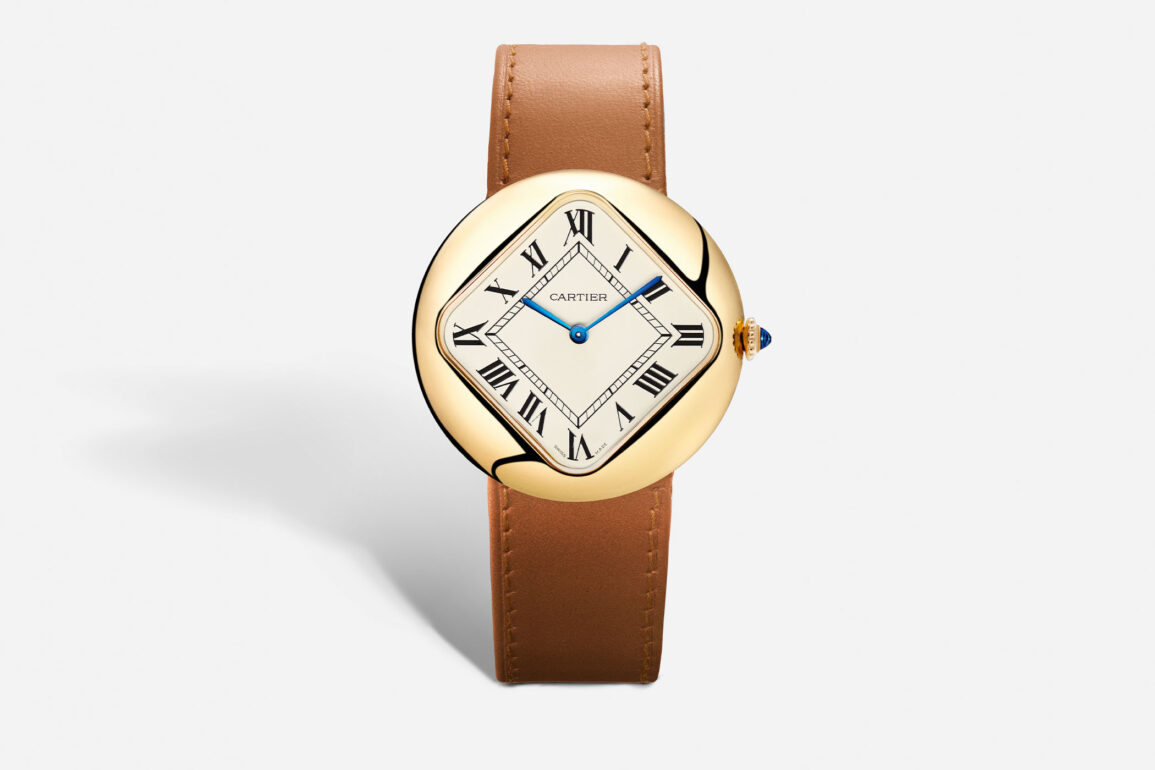 Cartier brings back Pebble “Baseball” to hit a home run in an elegant way.

Made in 1972 under Jean Jacques Cartier’s supervision and guidance, the “Pebble-Shaped Watch” as it used to be called, has startled watch enthusiasts with its unusual geometrical design. The design was simple yet impactful, it was just a circular shape serving as the case of the watch and a square on the circle serving as the dial. The square was rotated to 45° for good measure, creating an astonishing visual effect. Also sometimes known as the “baseball”, the Pebble is a member of the line of unusually shaped watches made by Cartier London in the late 1960s and early 1970s when it was still an autonomous company. It was so rare that only 6 pieces were made in their original run and while not all Pebbles were identical, they have an instantly recognizable shape. The rarity of the models has only added to the allure of the watch, as even until now these are highly sought-after pieces. The good news is that the original watch is now making a comeback as Cartier is reintroducing the Pebble again, putting the scarcity of the original in peril (not really). 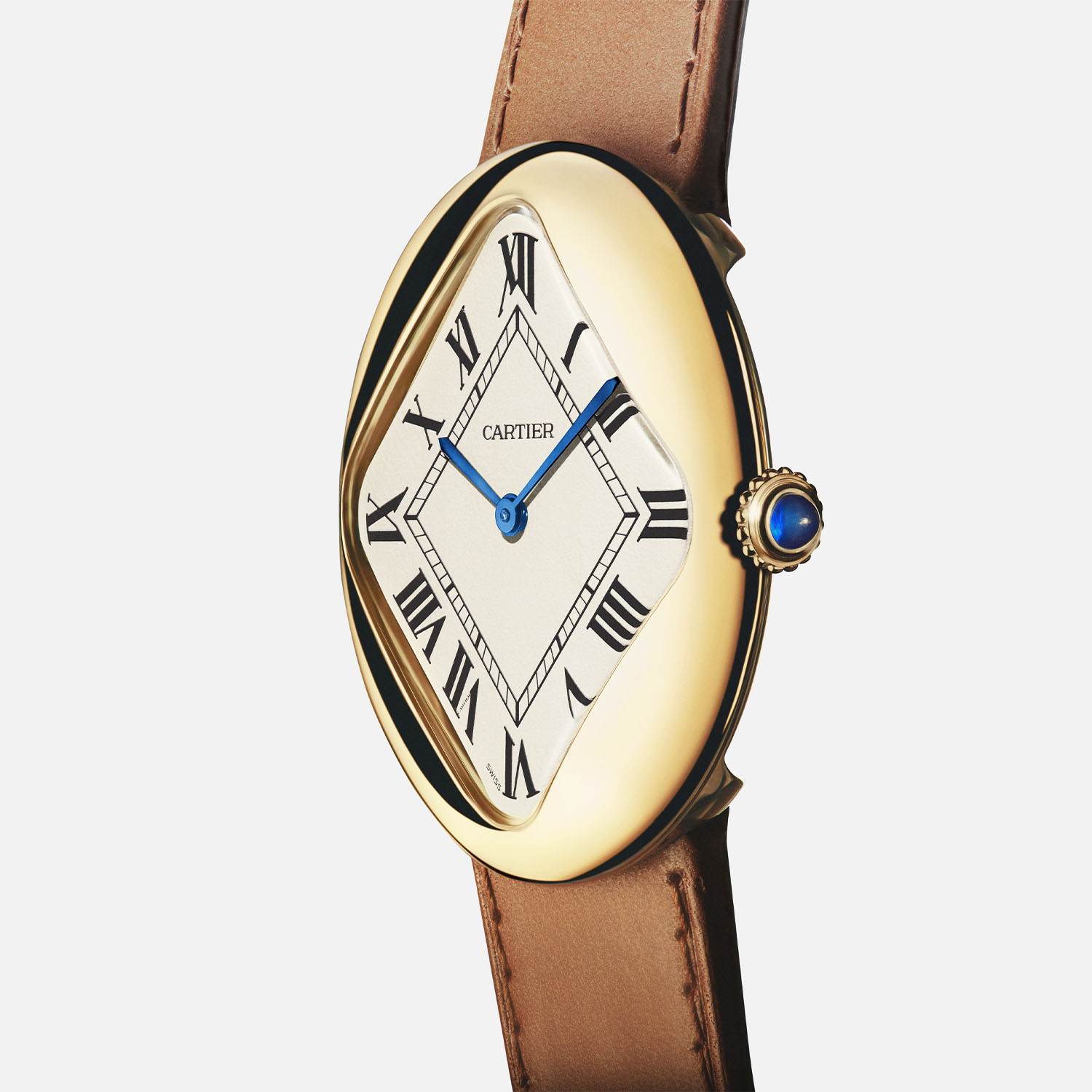 While the original was made from 18k white gold, this time around Cartier opted for 18k yellow gold for it. Despite a few minor adjustments in size, which is 36mm, it nevertheless combines round and square elements into a single design just as its predecessor did. 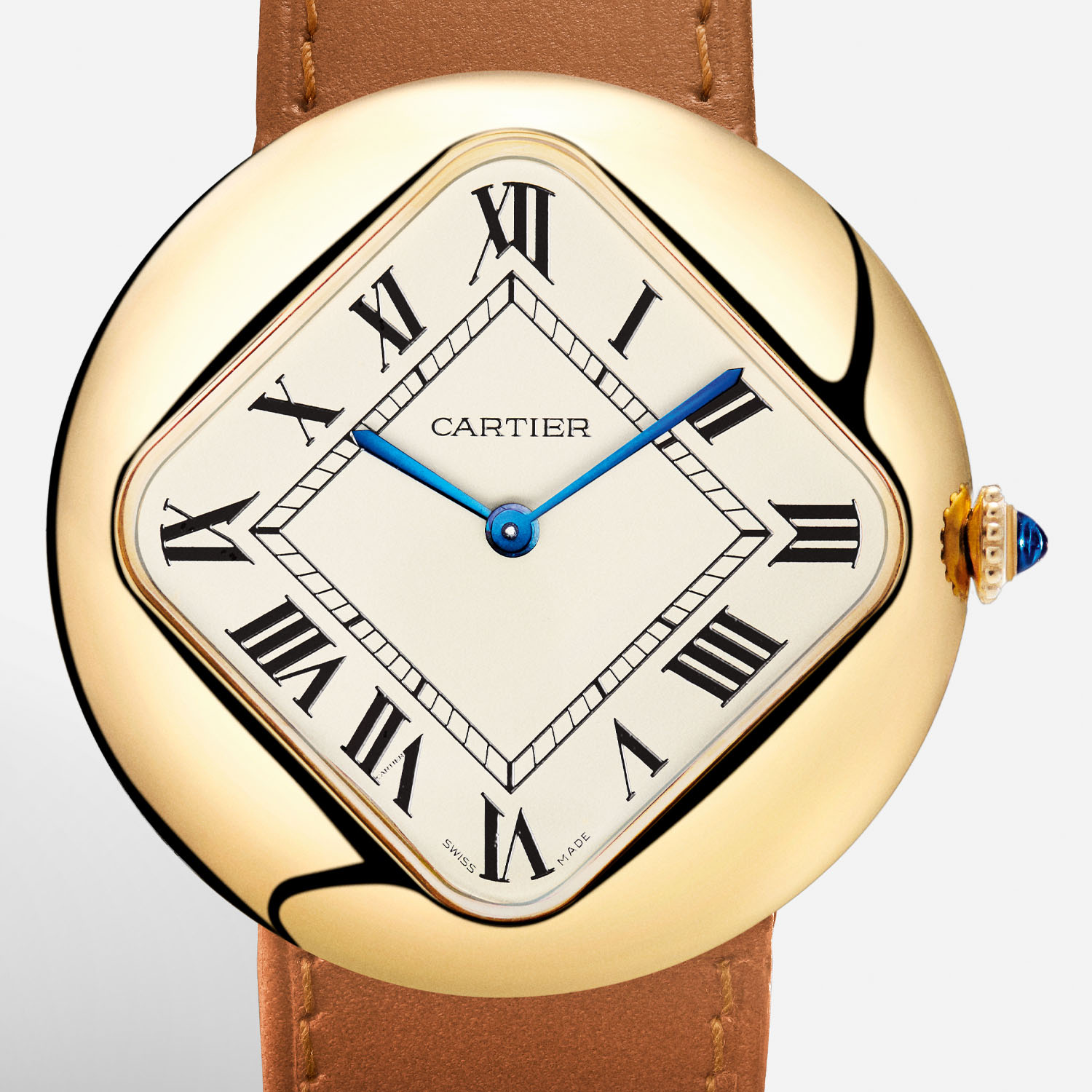 The tilted square on a circle dial is eye-catching due to its unique shape and geometry and it’s perhaps one of the most easily recognizable designs around. The beige opaline dial hosts the blued sword-shaped hands along with Roman numerals in vintage Cartier style. 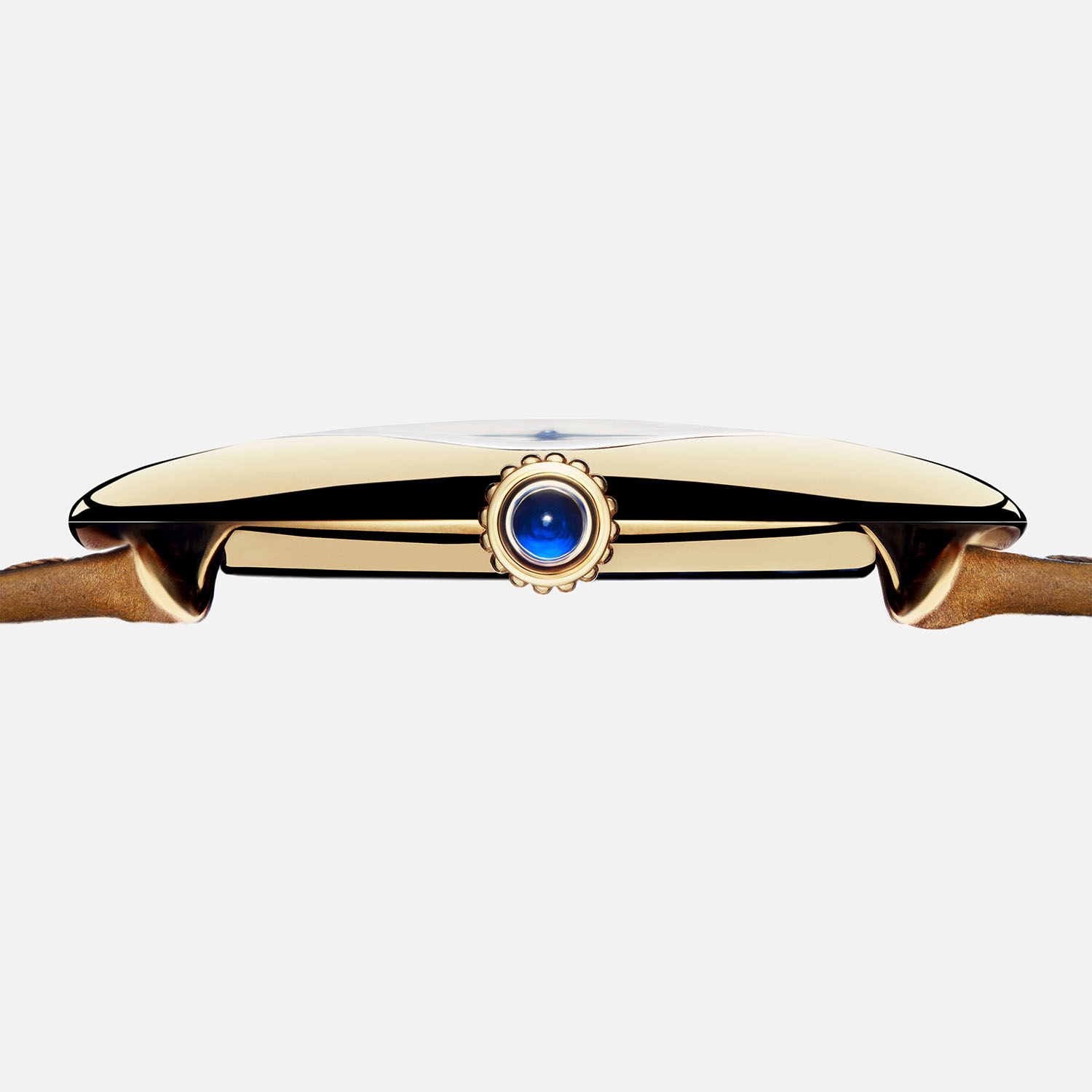 Beating inside the case is Cartier’s calibre 430 MC, a Piaget 430P-based manual wind movement. It is an ultra-thin movement with only 2.1mm in height, able to showcase hours and minutes, whilst beating at 3Hz and offering 40 hours of power reserve. 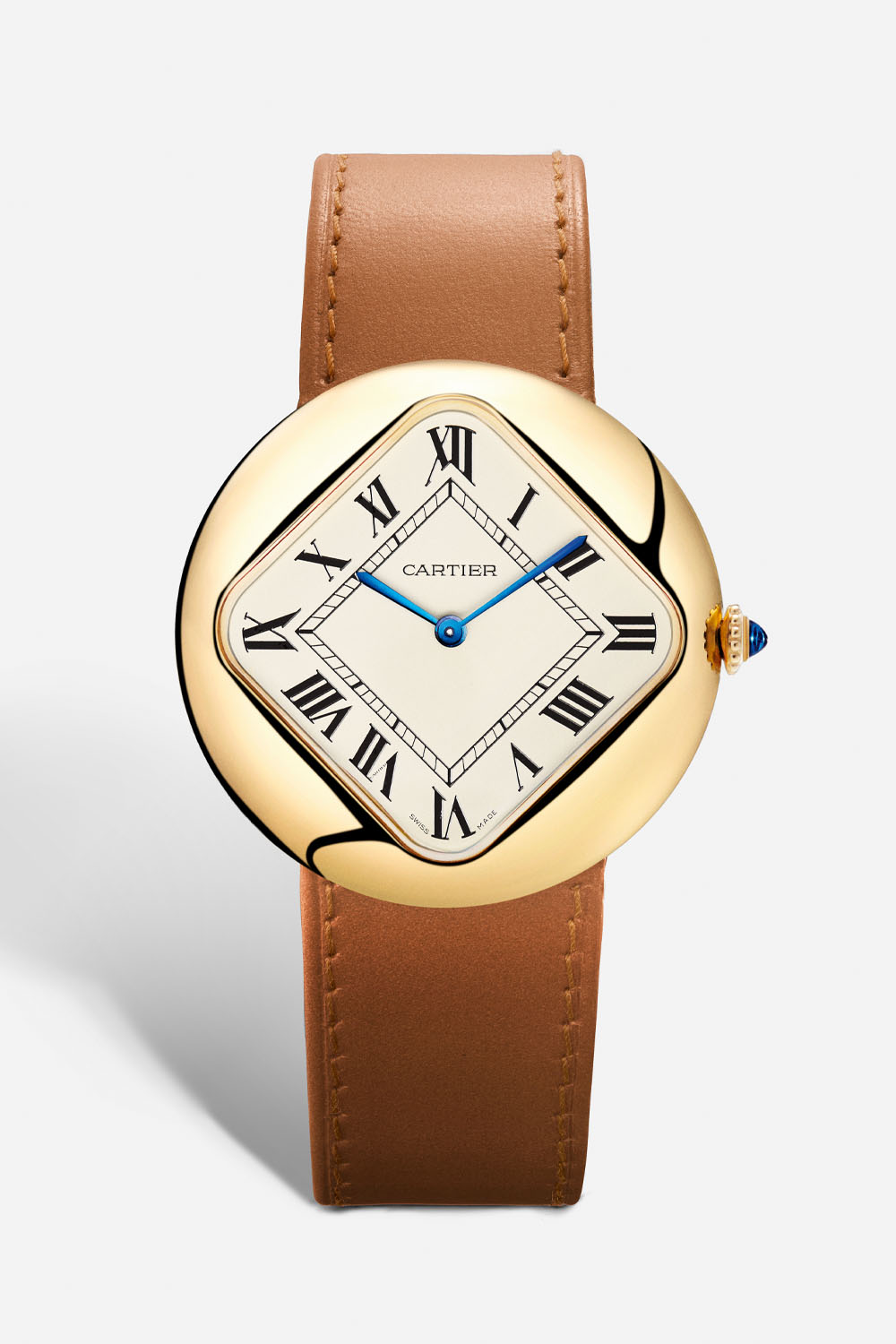 The 2022 Cartier Pebble-Shaped watch is offered on a beige smooth light brown calfskin strap with an 18K yellow gold ardillon buckle. It will be available starting in November and with a limited production run of 150 pieces and a price tag of EUR 40,000.