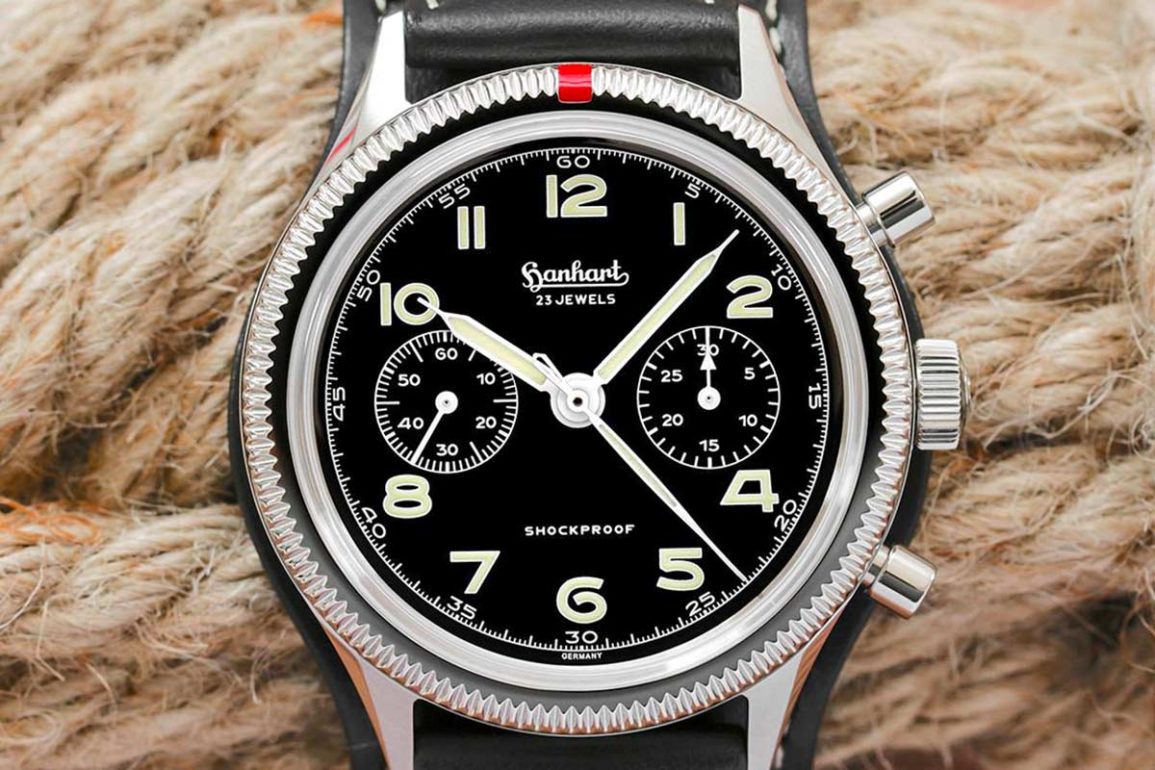 Historic watchmaker Hanhart is the latest brand to remake a past model.

Hanhart isn’t usually a brand we cover on WristReview, in fact, we’ve only covered them once, and that was four years ago. Hanhart is a brand with a neat history. Founded in Diessenhofen in 1882 in Switzerland, but it relocated to Schwenningen in south Germany in 20 years later. Pocket watches and wristwatches started taking over their product range in the early 1920s, and from 1938 the brand produced the Calibre 40 movement which was a single-pusher chronograph. In the 1950s, Hanhart started making the 417, a chronograph built for the German armed forces following strict criteria. You could see this as an evolution of the B-Uhr pilot’s watch, or Germany’s version to the Type 20 specifications seen in France. 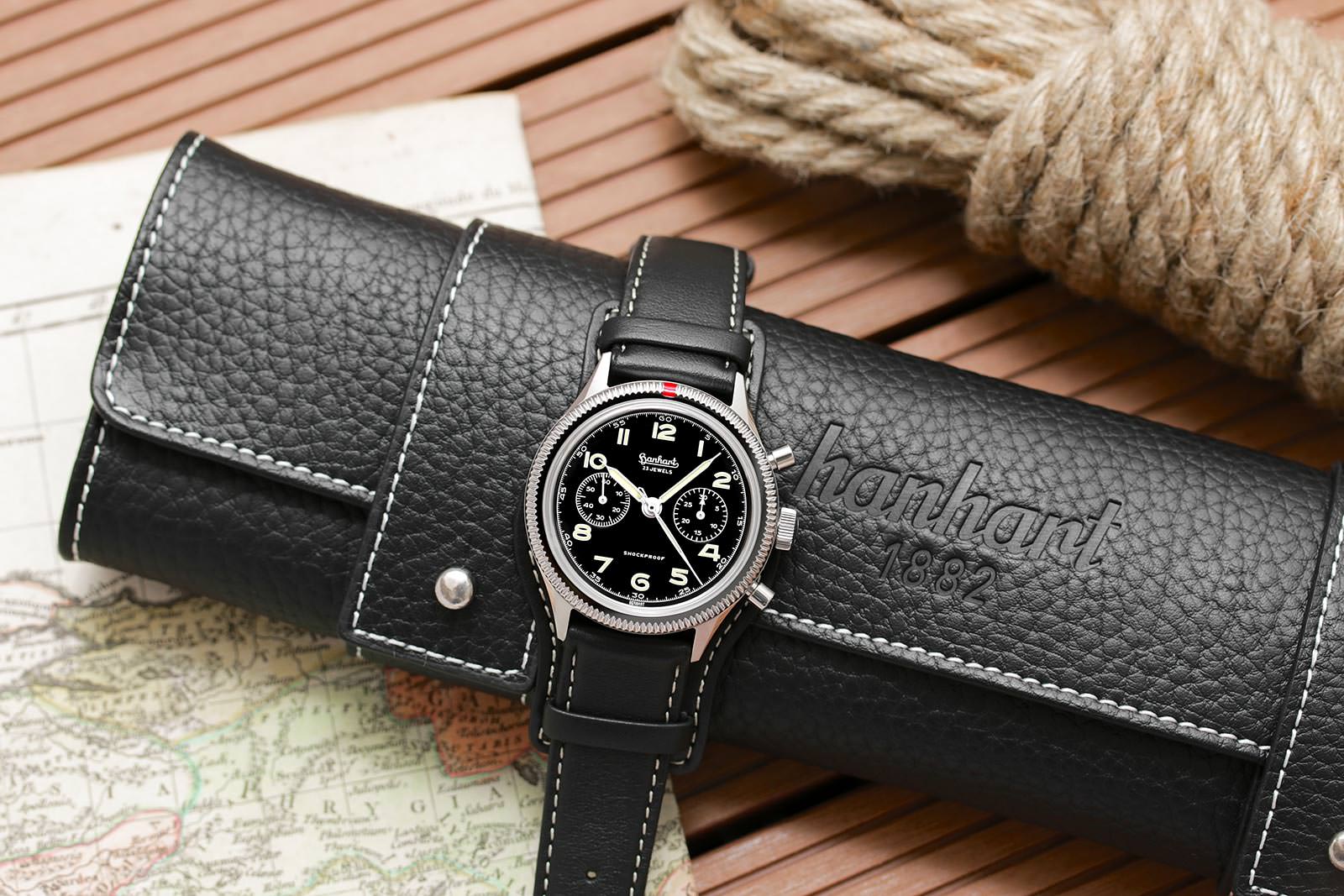 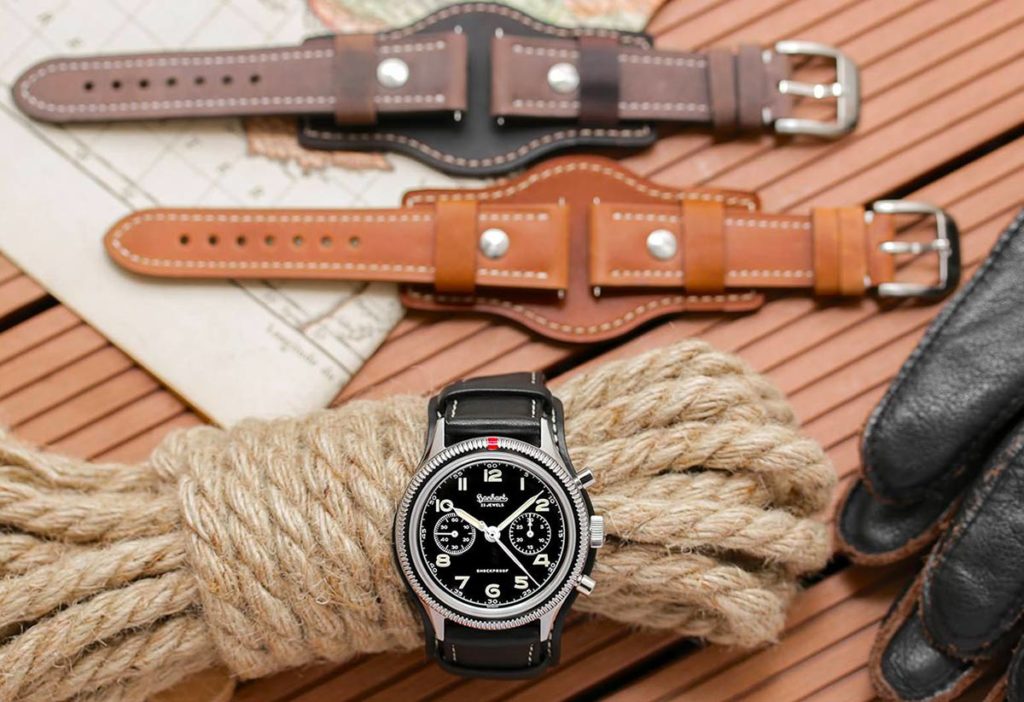 The 417ES is a rebirth of the 417, which is now a highly sought-after collectable with vintage enthusiasts. The 417ES seems to be mostly faithful to the original, although, a couple of things have changed on it. The crown appears to be a little thicker than before, the chronograph subregisters for the bicompax chronograph layout are closer to the centre than on the original and the word ‘Antimagnetic’ has been removed from the dial. Also, the counterbalance for the seconds hand is skeletonised. 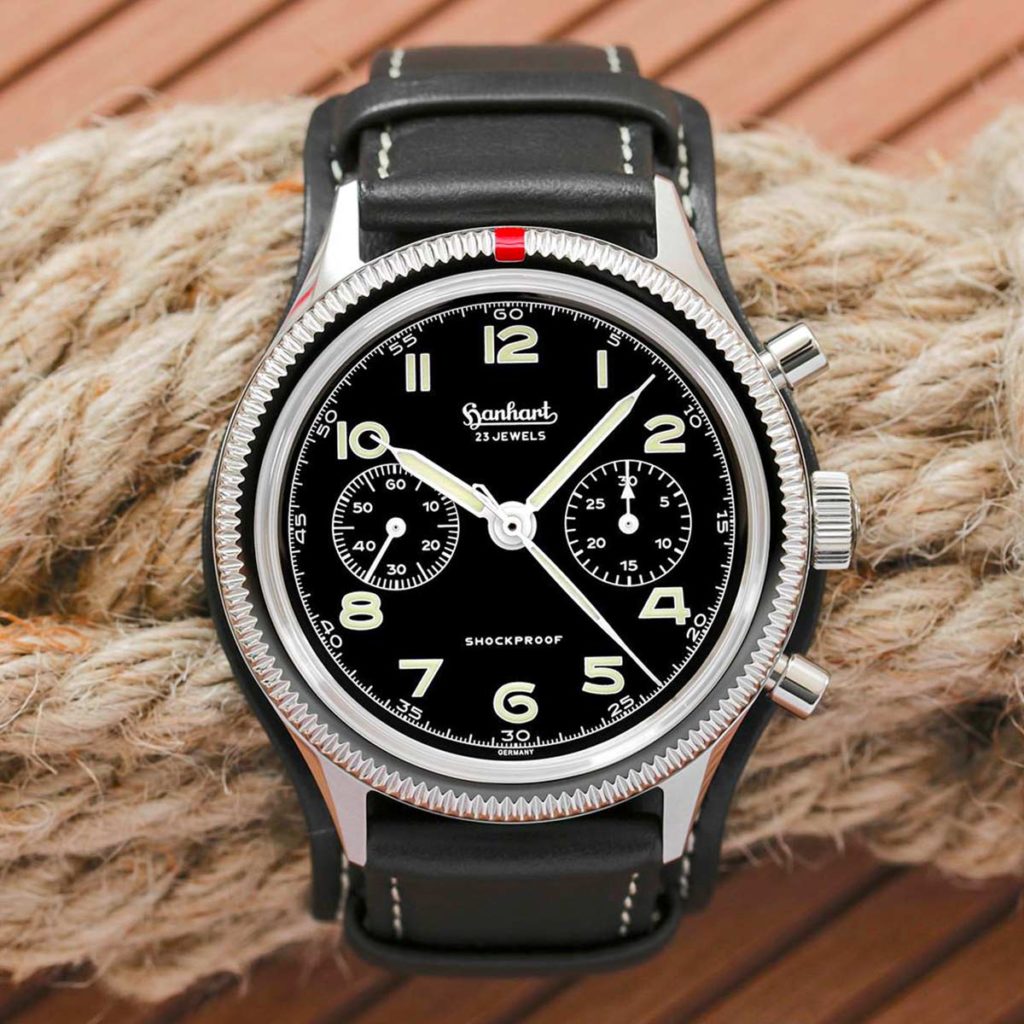 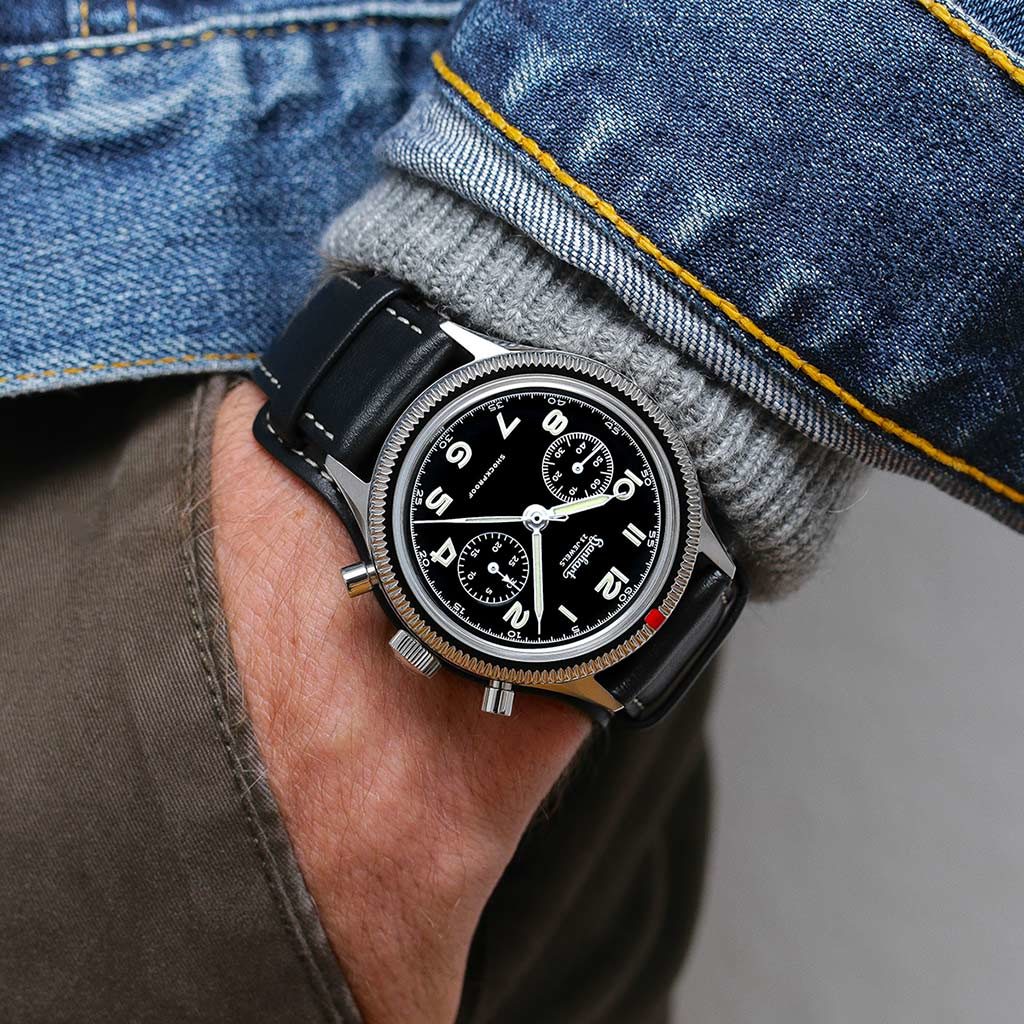 Apart from that, things seem to be very faithful to the original, and the watch layout is straightforward. A manually-wound chronograph is the only function on this piece, and thankfully Hanhart has managed to avoid putting a date window on it. The layout is designed to be legible and straightforward with lume applied to the hands and markers. There’s even a red marker for the bezel, so you remember the position you left it in. 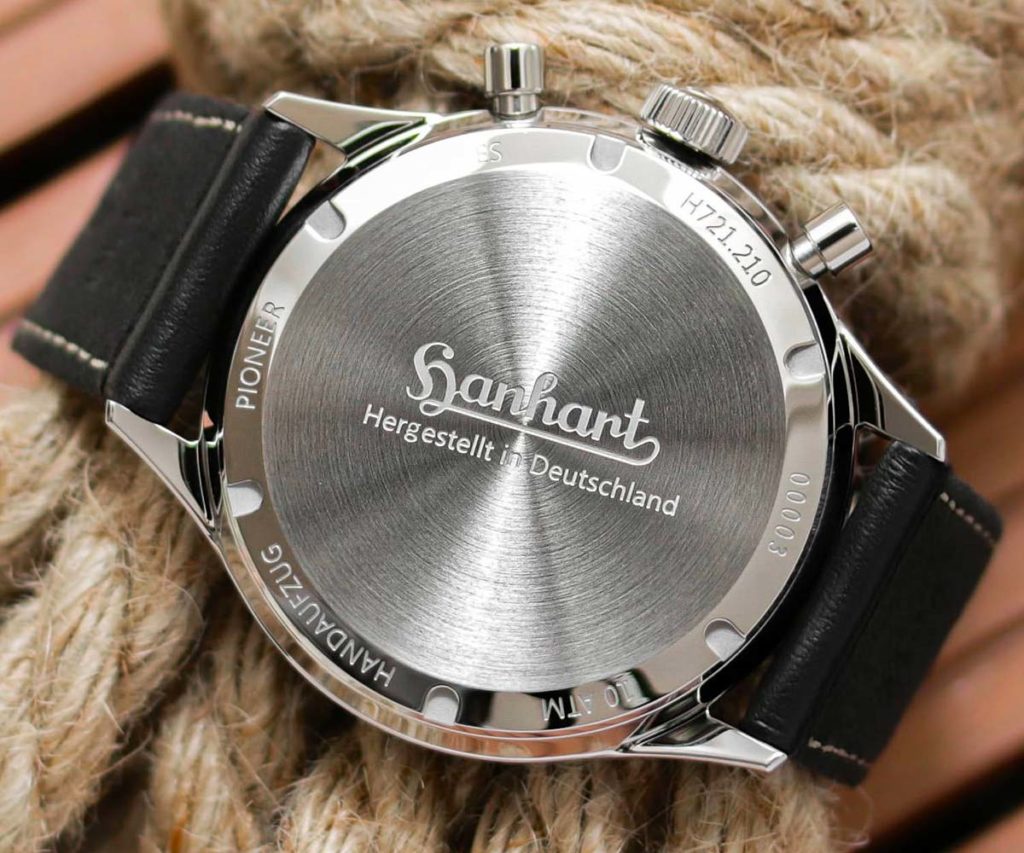 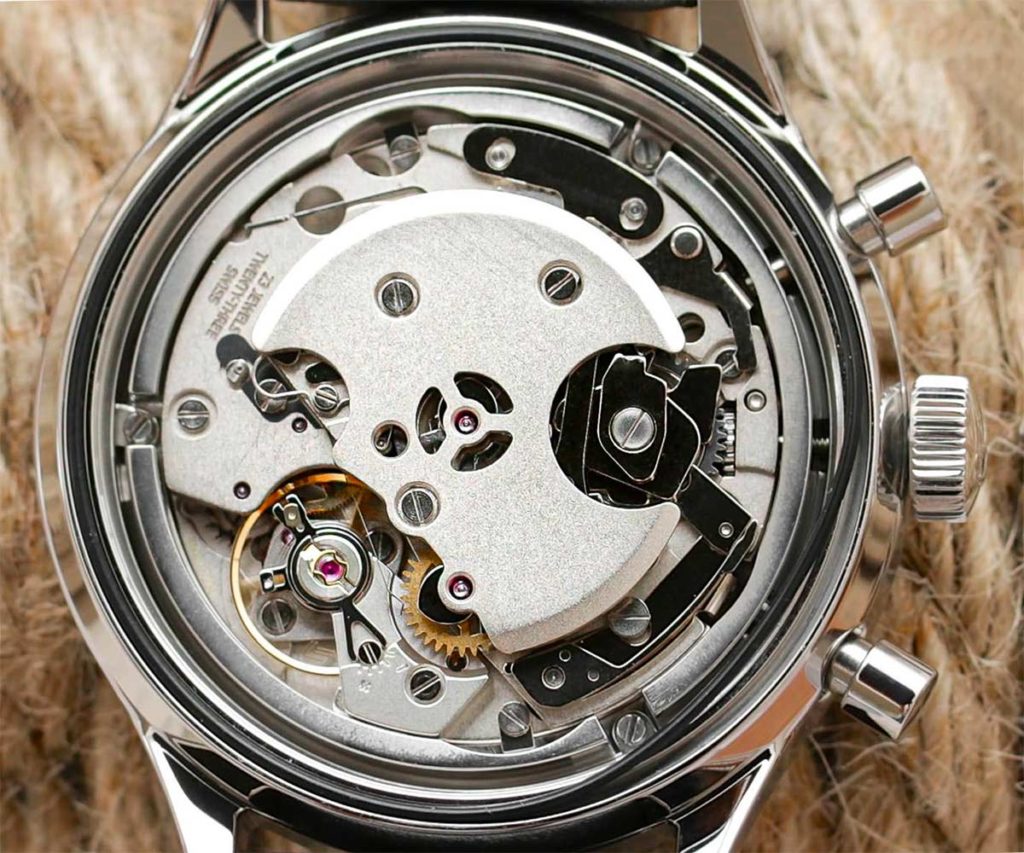 Underneath the engraved caseback is a Sellita SW 510. In this instance, the movement is hand-wound to be faithful to the original. This calibre has an oscillation rate of 4Hz and a power reserve of at least 58 hours (presumably without the chronograph running). It uses traditional cams and levers for its operation, no column wheels or vertical clutches in sight, but it is reliable and robust, making it fit for purpose. 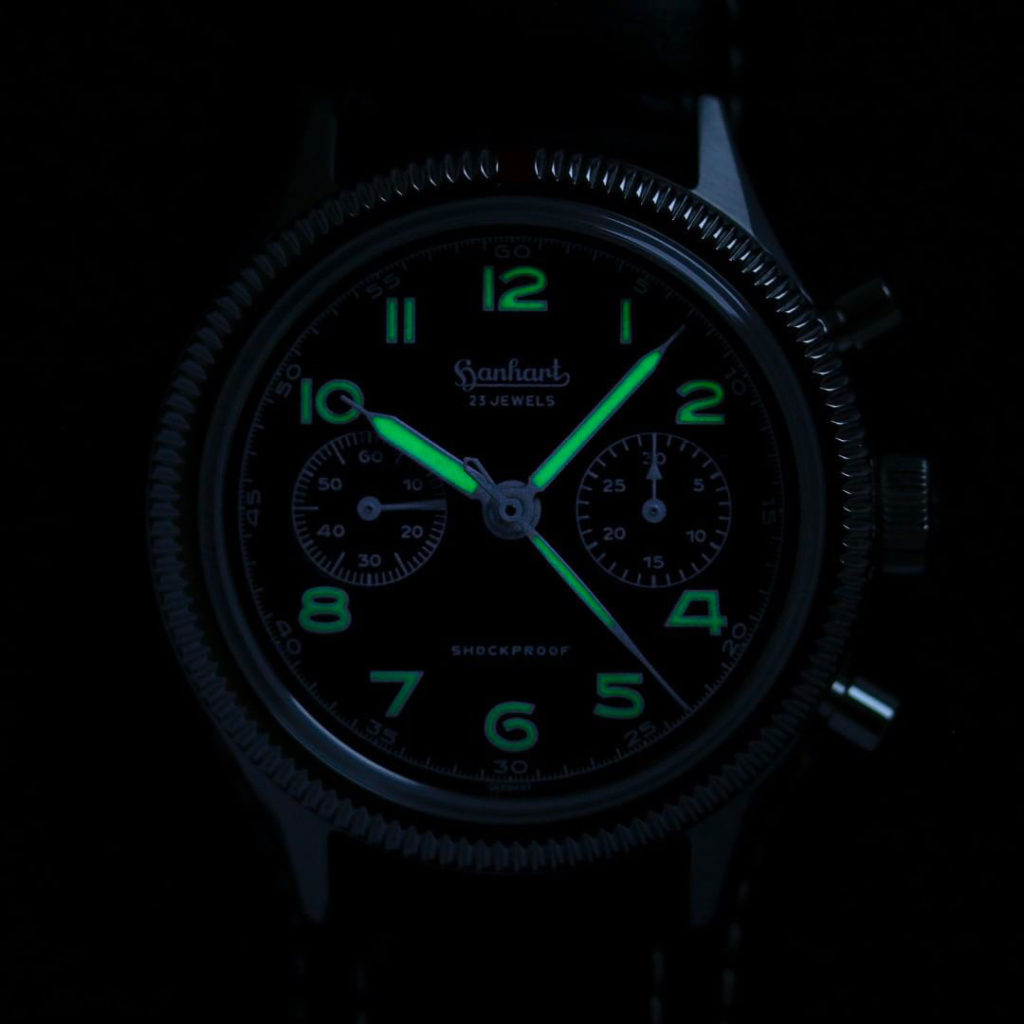 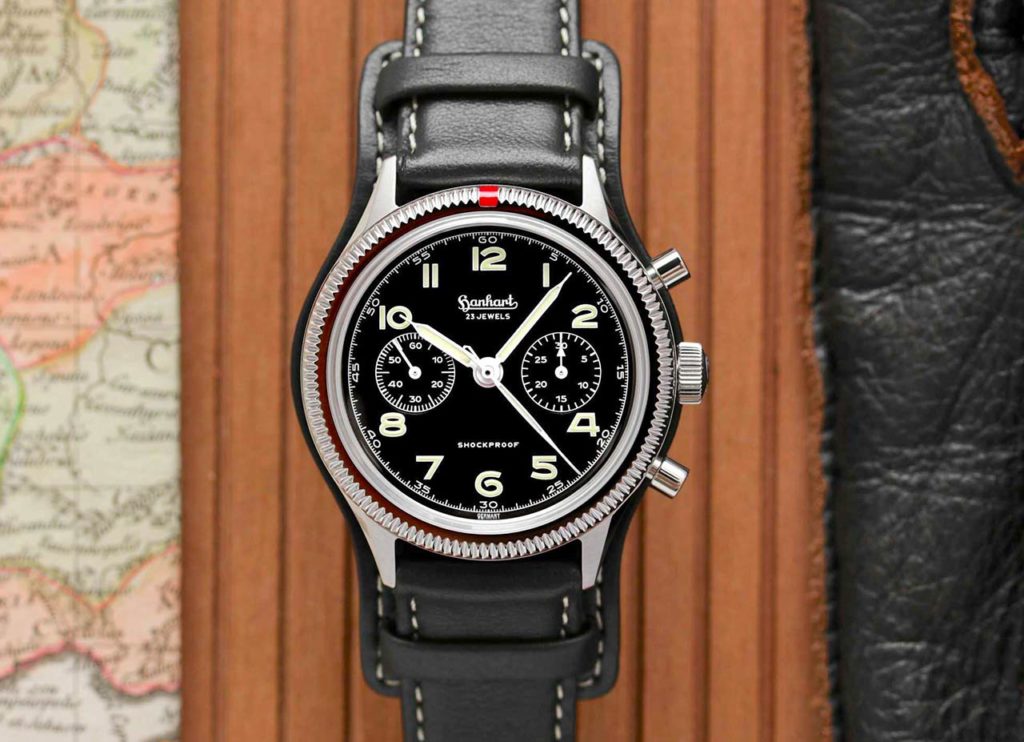 The 42mm x 13.3mm case is connected to a leather “Bund” strap which extends to the sides of the case to give it a retro-vintage feel. There’s also some white stitching for contrast, and the inside of the strap is lined with Alcantara to make it a more comfortable wear. The watch is not limited in production and costs €1790, including a 19% tax.