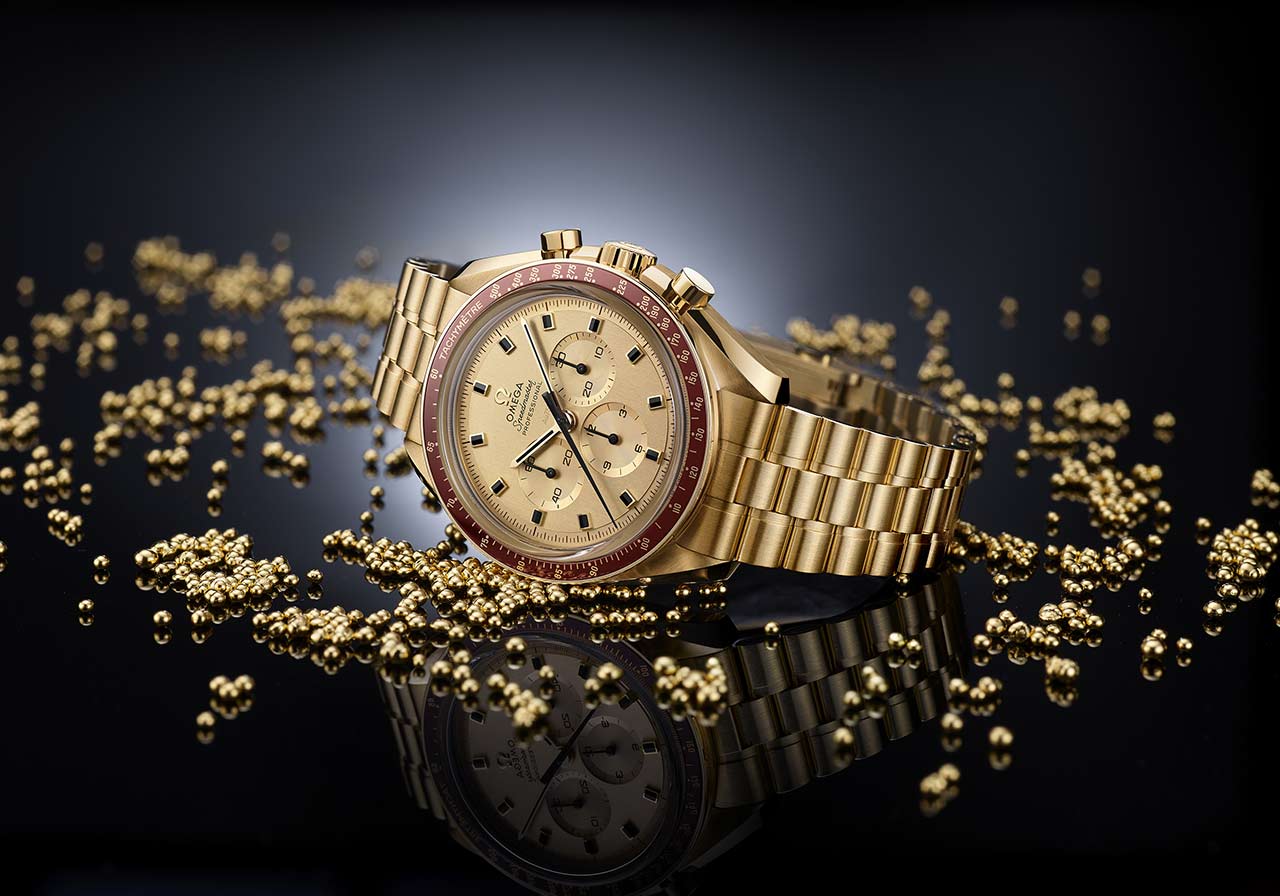 Okay, so we all know that this year is the 50th anniversary of the Moon landings. I’ve mentioned it in previous articles, it was on a recent episode of The Grand Tour, and it’s bound to make the news some point. That also means that Omega, a brand that is no stranger to celebrating something, gets to let its hair down. And rightly so if I may add, for this is the 50th anniversary of the first watch to go to the moon, and it was a Speedmaster after all. But rather than remake the watch that landed on the moon (which, let’s face it, has hardly changed at least externally), Omega has instead decided to remake possibly the coolest of all the Speedmasters, the ref.BA145.0220. 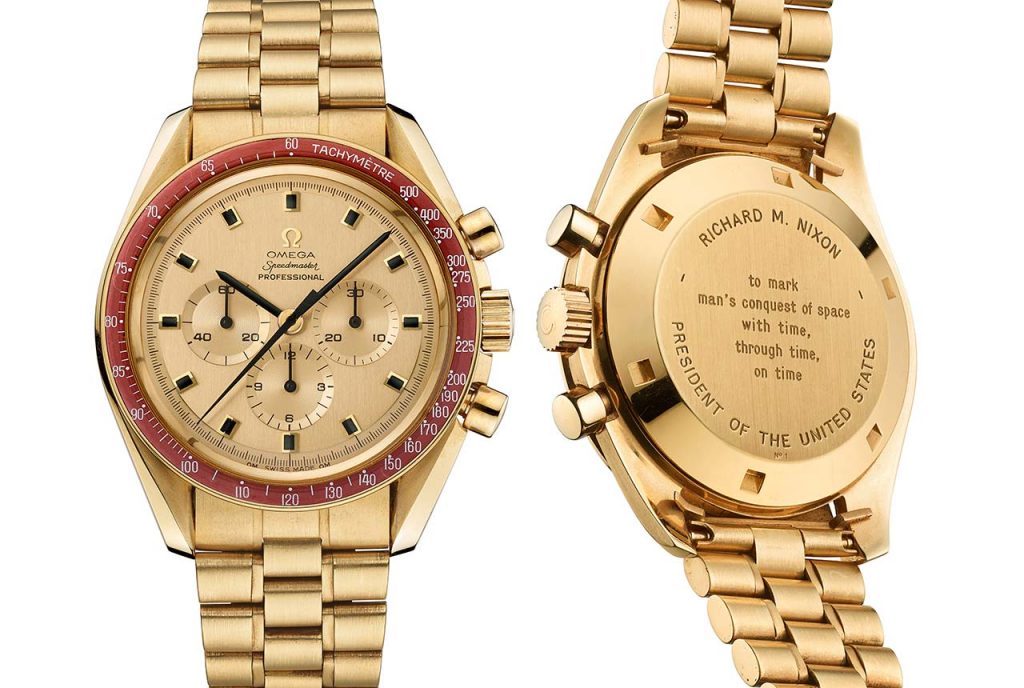 The ref.BA145.0220 was a limited production watch of just 1014 pieces, with two being presented to the then current President and Vice President of the USA, Richard Nixon and Spiro Agnew (they had to politely decline due to compliance reasons). A few others were handed to NASA astronauts and the crews of Apollo 14 and Apollo 17 and the leaders of the Swiss watch industry. The remaining 967 watches were sold to the general public, and they had a manually wound calibre 861 movement from Lemania. The case and bracelet were made of yellow gold. 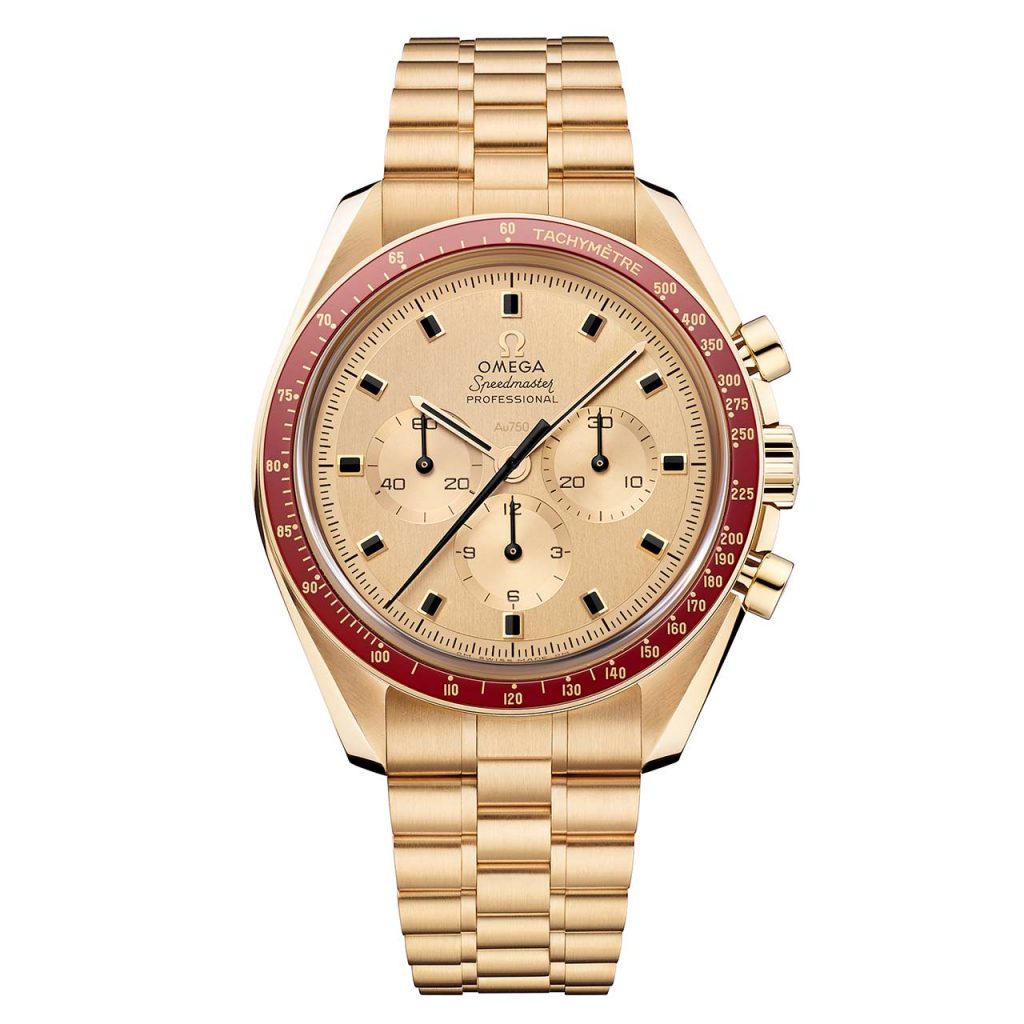 This new model, the ref. 310.60.42.50.99.001, does not have any yellow gold in the case at all. In fact, the 42mm case and bracelet are made of a brand new alloy which Omega is calling ‘Moonshine’ gold. Yeah, they meant the glow from the moon (the second brightest thing in the sky), not illegal alcohol, but you would be the coolest maker of illegal alcohol if you had one of these (don’t make alcohol illegally, please). Similar to Omega’s SEDNA gold, Moonshine gold sacrifices the pure golden colour to make a longer lasting alloy. In this case, gold is mixed with palladium, which makes it slightly paler than standard yellow gold, but should help reduce the effect of fading and tarnishing over time. 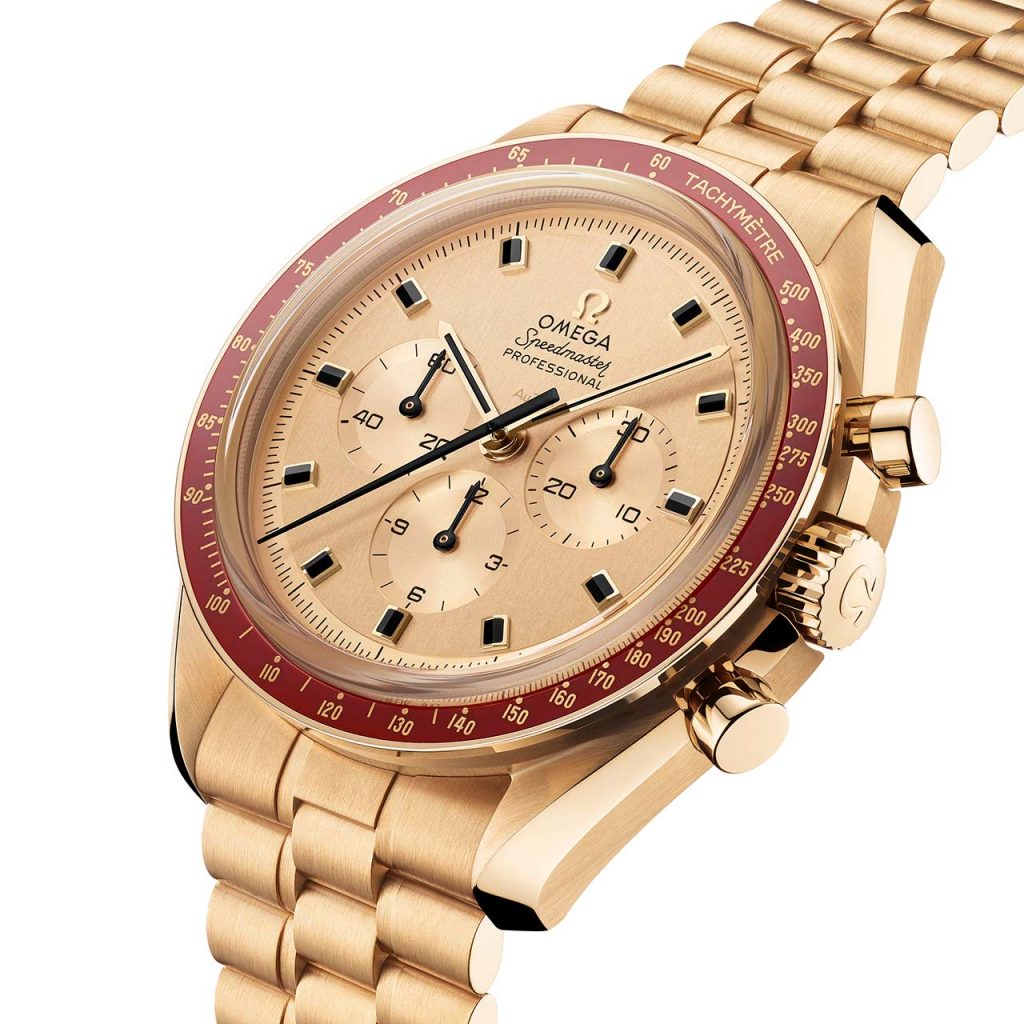 The burgundy bezel of the original has been elevated here, too, using Omega’s ceragold technology. Using the same process as Liquidmetal, gold and ceramic are heated to the degree that the materials form a chemical bond and become one piece. The dial is precisely as it was on the original, with a vertical brushing, black varnished hands and onyx markers and a vintage style Omega logo. The only addition here is the Au750 engraving. 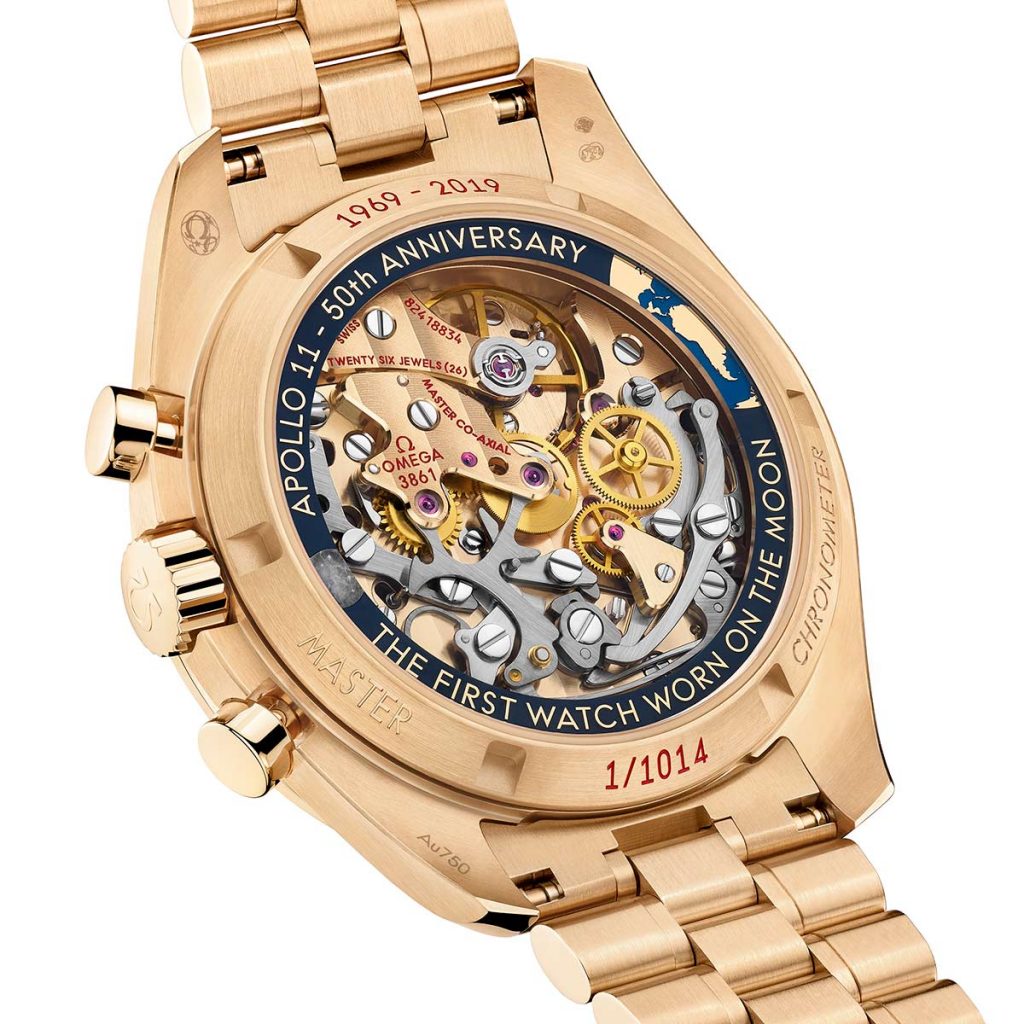 On the backside of the watch is the calibre 3861, which is based on the 1861, used in the current Moonwatch, and then Moonshine gold plated to become the 3861. It’s beautiful here and manually wound too. Don’t think that this one’s all show and no poke, though, as the balance is an Si14 (silicone) balance, connected to a Co-Axial escapement, something which doesn’t usually feature in this movement. This watch has been certified as a Master Chronometer. Encompassing the movement on display is a ring with commemorative text, a gold picture of the Earth and opposite that a small piece of the Moon.

This watch is, of course, a limited edition. Like the original, it’s also limited to 1014 pieces, each of which cost 32,000 Swiss Francs.