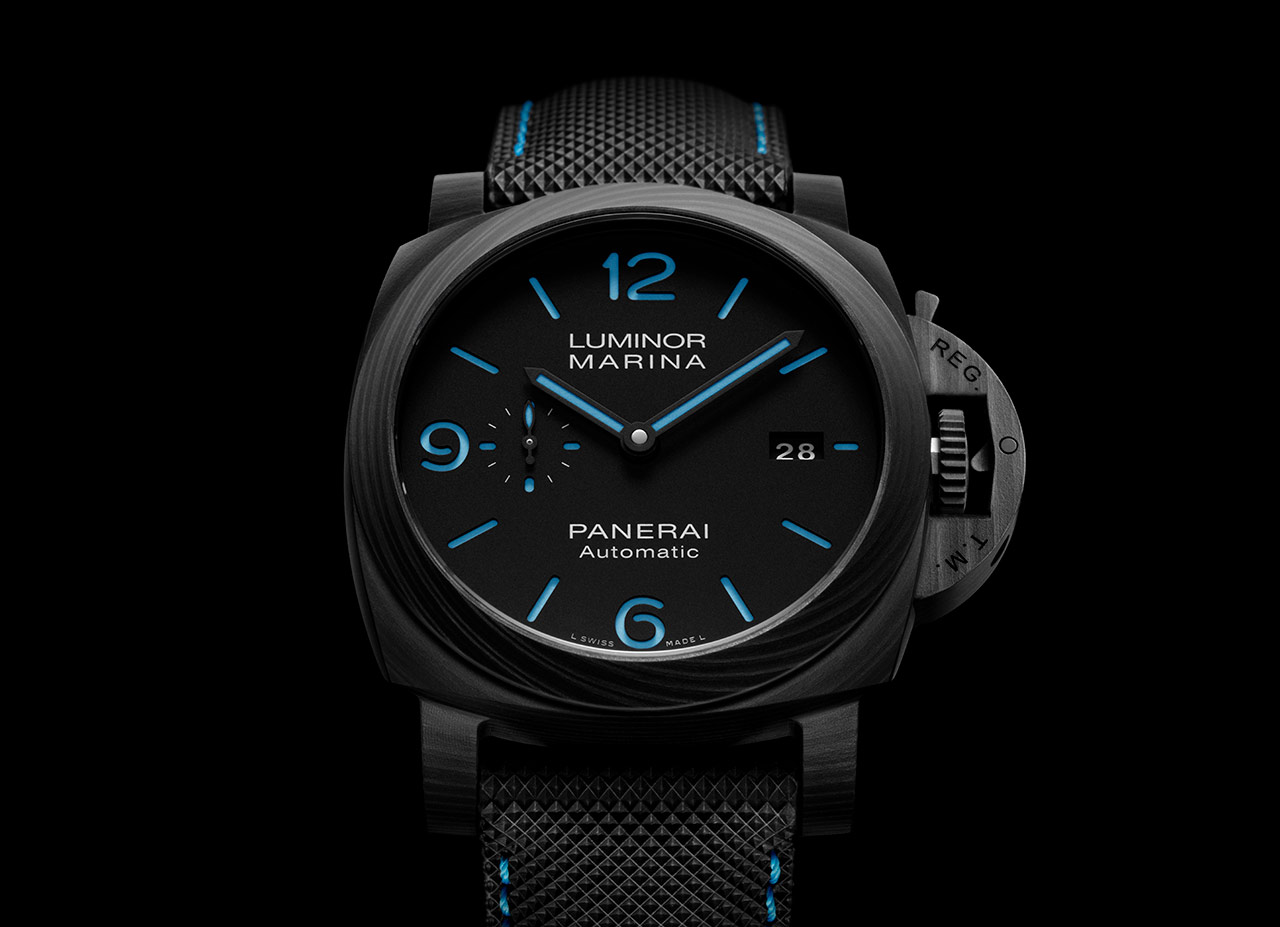 My visit to Panerai’s manufacture (which can be found documented here) revealed one thing for sure, well technically it was a few, but only one is relevant here. That thing is that Panerai takes its materials research very seriously, it’s heavily invested in developing new ways of making and forming existing materials, as well as using pioneering techniques to enhance its range of products. Think watches like the Carbotech and the BMG Tech pieces, which use almost space-age materials in their cases. In fact, Carbotech is the subject of this new watch from the brand.

We’re used to seeing it on the Submersible line of watches. However, we’re not used to seeing Carbotech in the Luminor line. The new Luminor Carbotech PAM01661 follows on from the design language of the Luminor 1950 Carbotech LAB ID watch. That means we get a sandwich dial with blue SuperLumiNova mixing with the black Carbotech case to almost resemble something that belongs in a Tron movie. 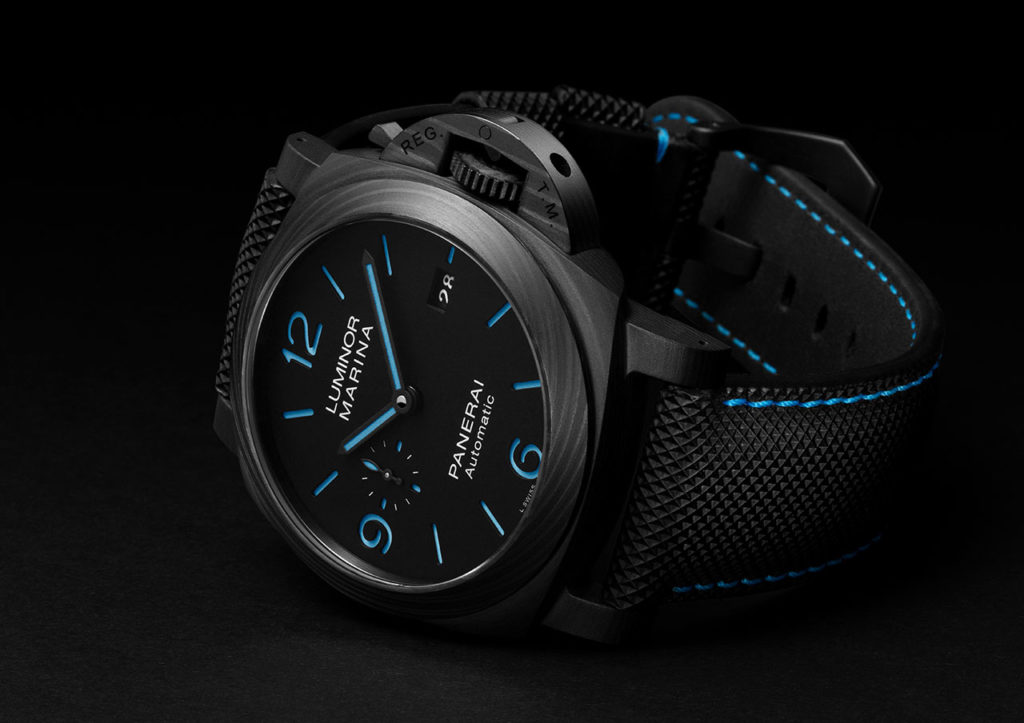 The main draw to the new Luminor PAM01661 watch, and indeed the main reason it’ll cost more, is the Carbotech case. Carbotech is a Panerai exclusive material made of sheets of a substance called PEEK (Polyether Ether Ketone) with thin layers of carbon fibre under high pressure with a regulated temperature. These sheets form into one solid block with a unique pattern. Due to the random nature of, well, nature, every Carbotech case has a different design on it. It’s also extremely resistant to shocks and corrosives too, and the case provides the watch with a water resistance of 300m plus Panerai’s 25% safety margin. 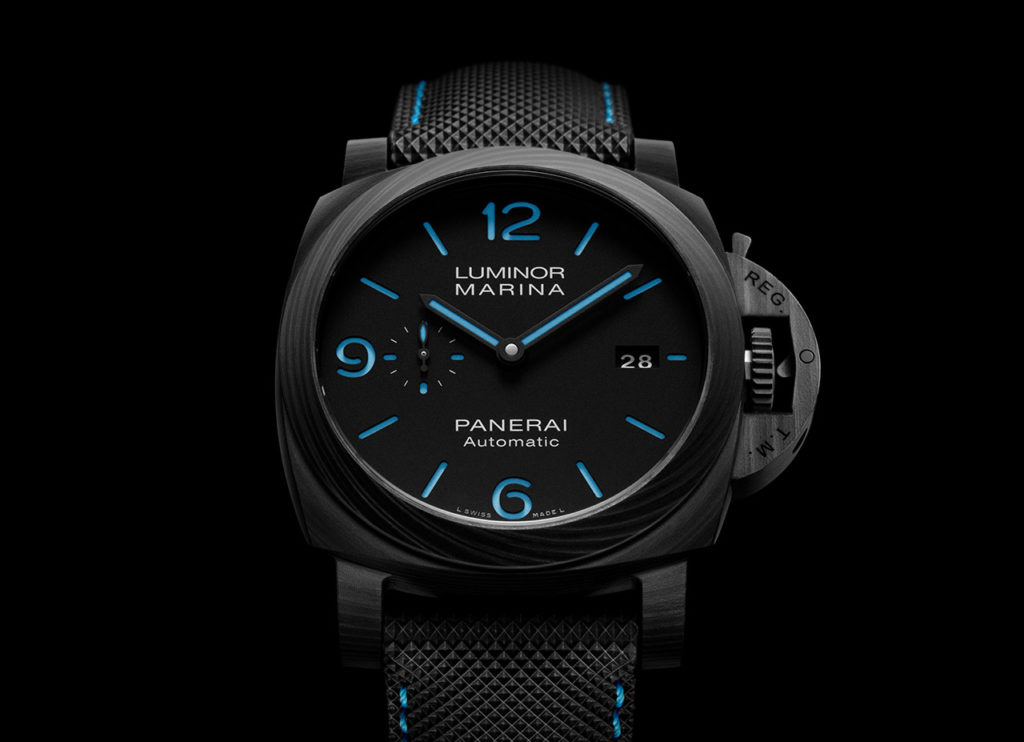 Inside the case is the calibre P.9010, developed and built-in Panerai’s factory in Neuchâtel. The automatic movement is 6mm thick and has a power reserve of 72 hours, a beat rate of 4Hz and a date window too. It’s also made of precisely 200 parts and features a jump hour for time setting. It also features Panerai’s standard level of finishing, which is industrial but not without charm. 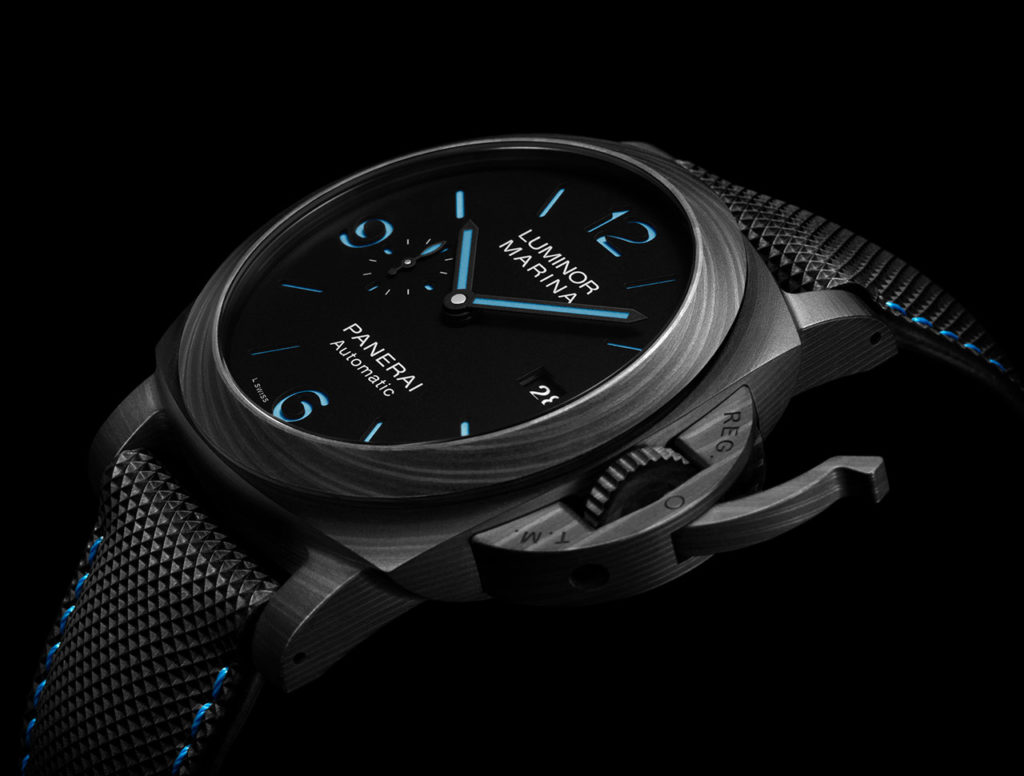 As I mentioned earlier, the 44mm Carbotech case is the primary source of the high cost of this piece. The retail price is €12,500, but it comes on Panerai’s black and blue “Sportech” strap which Panerai says is made of a “rubber-like material”. Who knew.