Panerai that is inseparable from it military history have released their first automatic calibre to be fitted inside a Radiomir 1940 and also Panerai’s first in-house movement with a micro rotor. Yes you heard that correct! 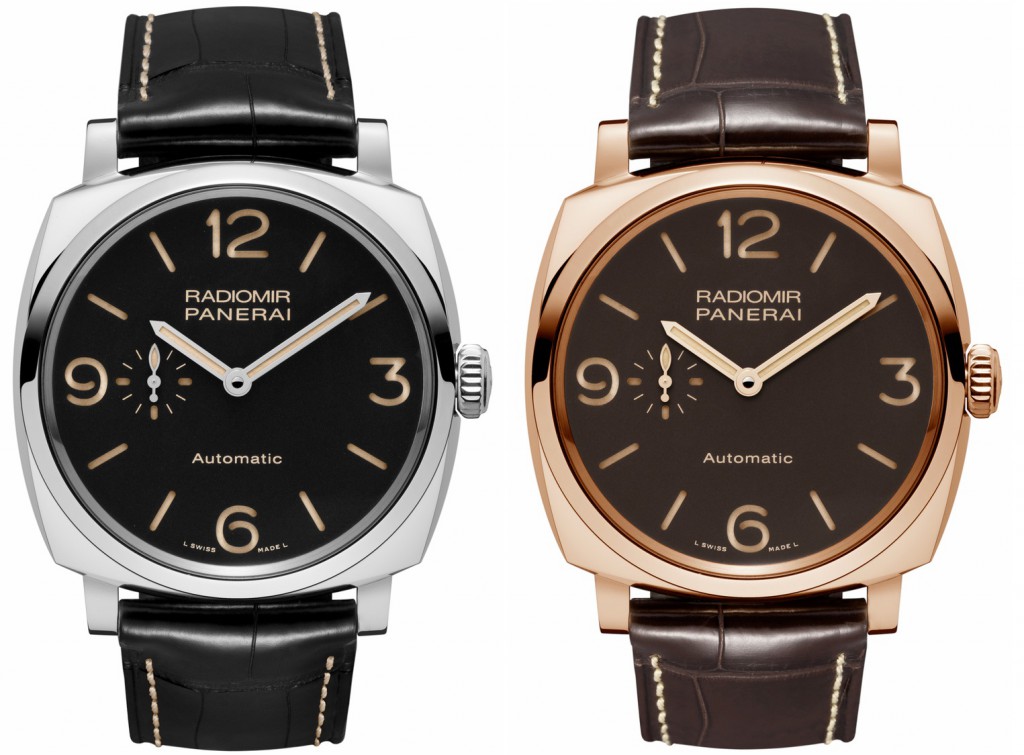 The Panerai 1940 automatic comes in two versions steel or red gold, both are housed in a 45mm case which sits nicely on the wrist thanks to the cushion-shaped case and the lugs being changed from so-called wire lugs on the traditional well know Radiomir to normal straight lugs on the 1940.

Dials on both versions are same with cut out numerals and baton indices, small second hand is placed at the usual Panerai place of 9’o clock placed underneath the main dial and covered completely with luminescent so to ensure it shines brightly at night, steel version comes with a deep black dial to match the steel perfectly as with the red gold has a brown dial marrying nicely to the warm feel of the gold. Crown is a screw-down with Panerai logo embossed but if I was being honest would have loved to have seen their trademarked crown protector on it instead as personally think the crown looks too small. 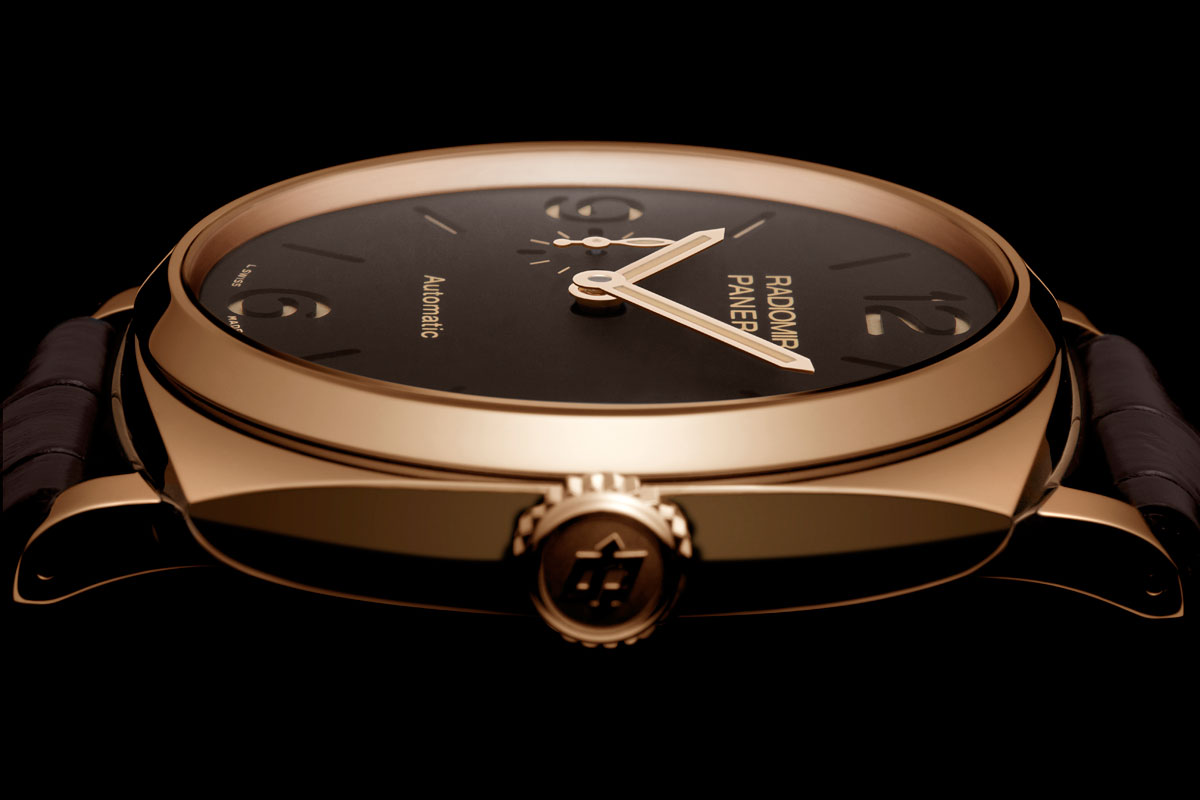 Movement is the new calibre P4000 movement which Panerai say is completely developed and made in the manufacture at Neuchatel, it features a large bridge with small micro rotor mounted off centre which I think looks great as doesn’t obscure the view of the movement with 31 jewels and a hacking seconds mechanism to stop second hand when the crow is pulled out.

Panerai have released two version of the movement to perfectly match the aesthetics of each piece stainless steel has horizontally brushed finished, blue engraving and a micro rotor of tungsten with their logo on. 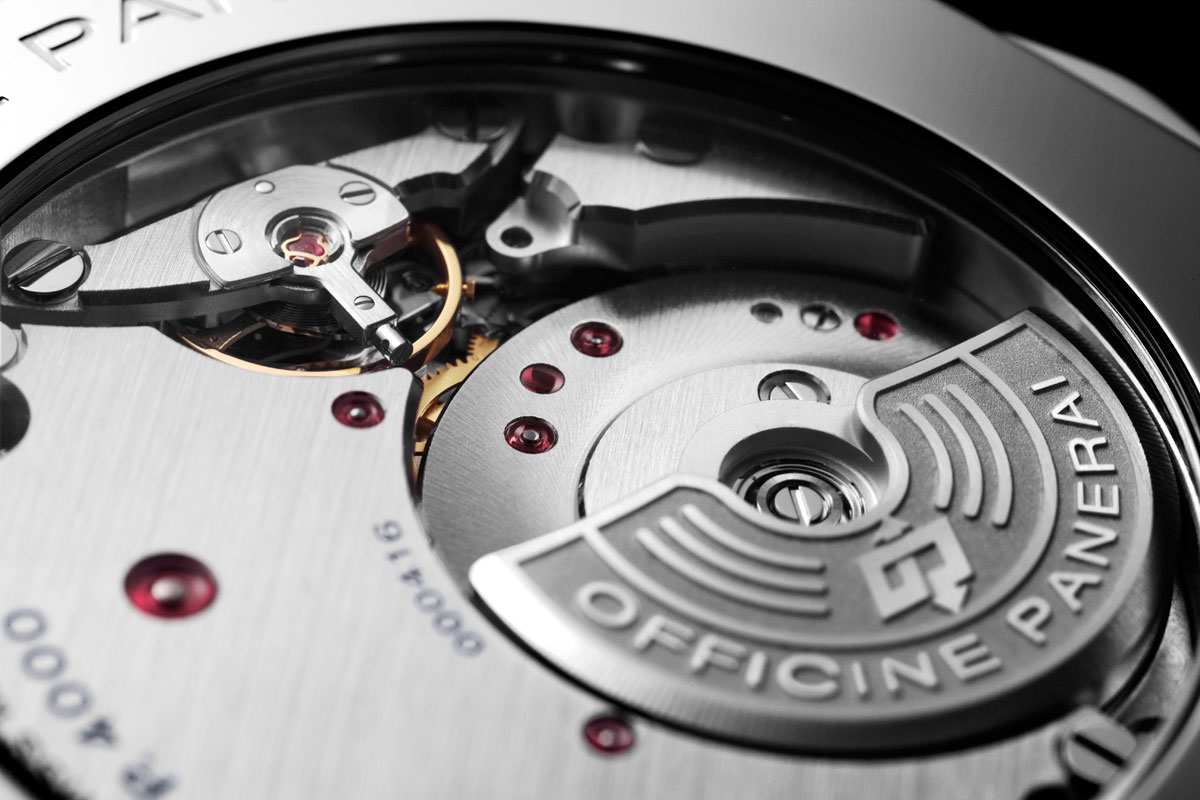 Both pieces feature an exhibition case back so the wearer can peer into its heart. The first Radiomir 1940 automatic come on two types of alligator strap depending on the version you have either black with white stitching for steel or brown and white stitching on red gold, with a rumoured price of £6,650 for steel and £15,500 for rose gold.

Personally I like Panerai with its bold military presences large cases and large crown, their new in-house movement looks great especially with the micro rotor giving a clean look. But I just feel there is something missing from it that I can’t put my finger on it, is it the straight lugs instead of wire or the small crown I just don’t know, maybe when I hold in my hand I will but for now I will carry on wondering what. For more info, please visit panerai.com