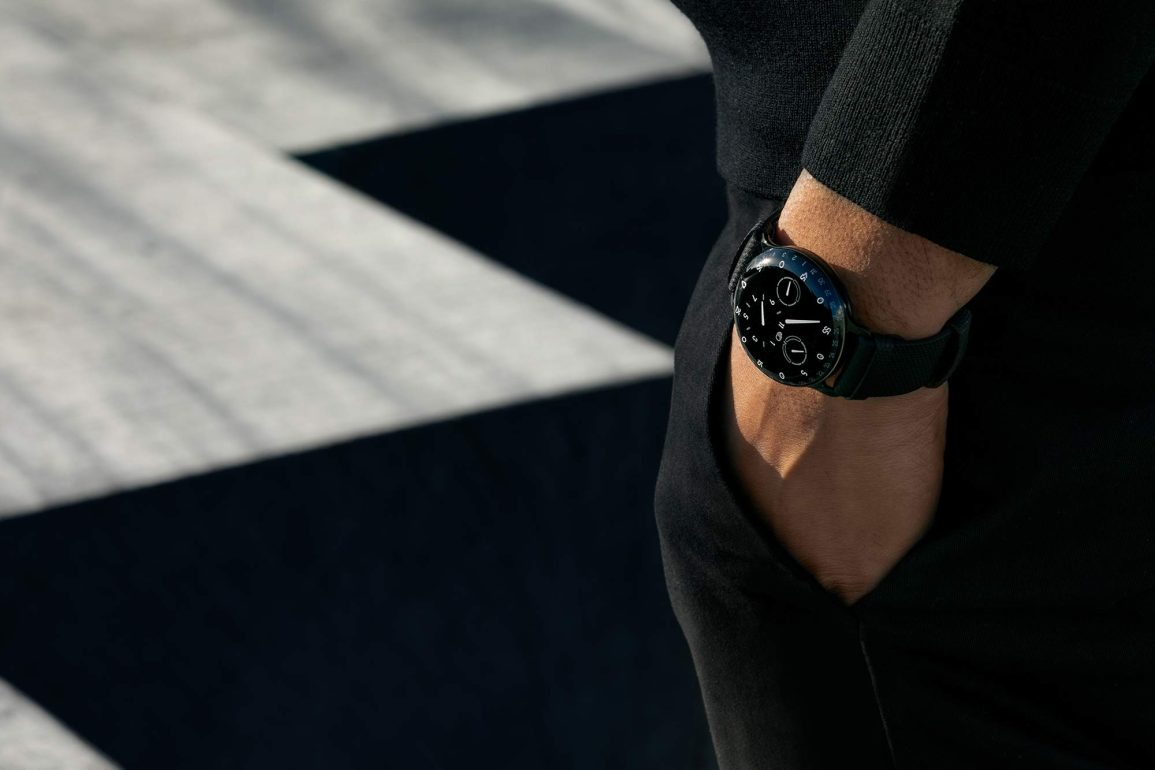 Ressence throws its hat into the all-black ring.

All black watches are the new thing at the moment, well, not new new, but they’re newly popular once more. I could peddle my own self propaganda here and say it was my article on WristReview featuring the Top 5 all black watches that caused this, but I’d know in my heart that it simply wasn’t true. Designing products takes years, so I know I’d be lying to you. Ressence is the latest to join the crowd of black watches and have done so in their usually quirky way. A Ressence watch is unlike any other watch, if you thought this was some crazy smartwatch with a curved edge screen like we see on Samsung’s flagship Galaxy phones, I honestly wouldn’t be surprised. 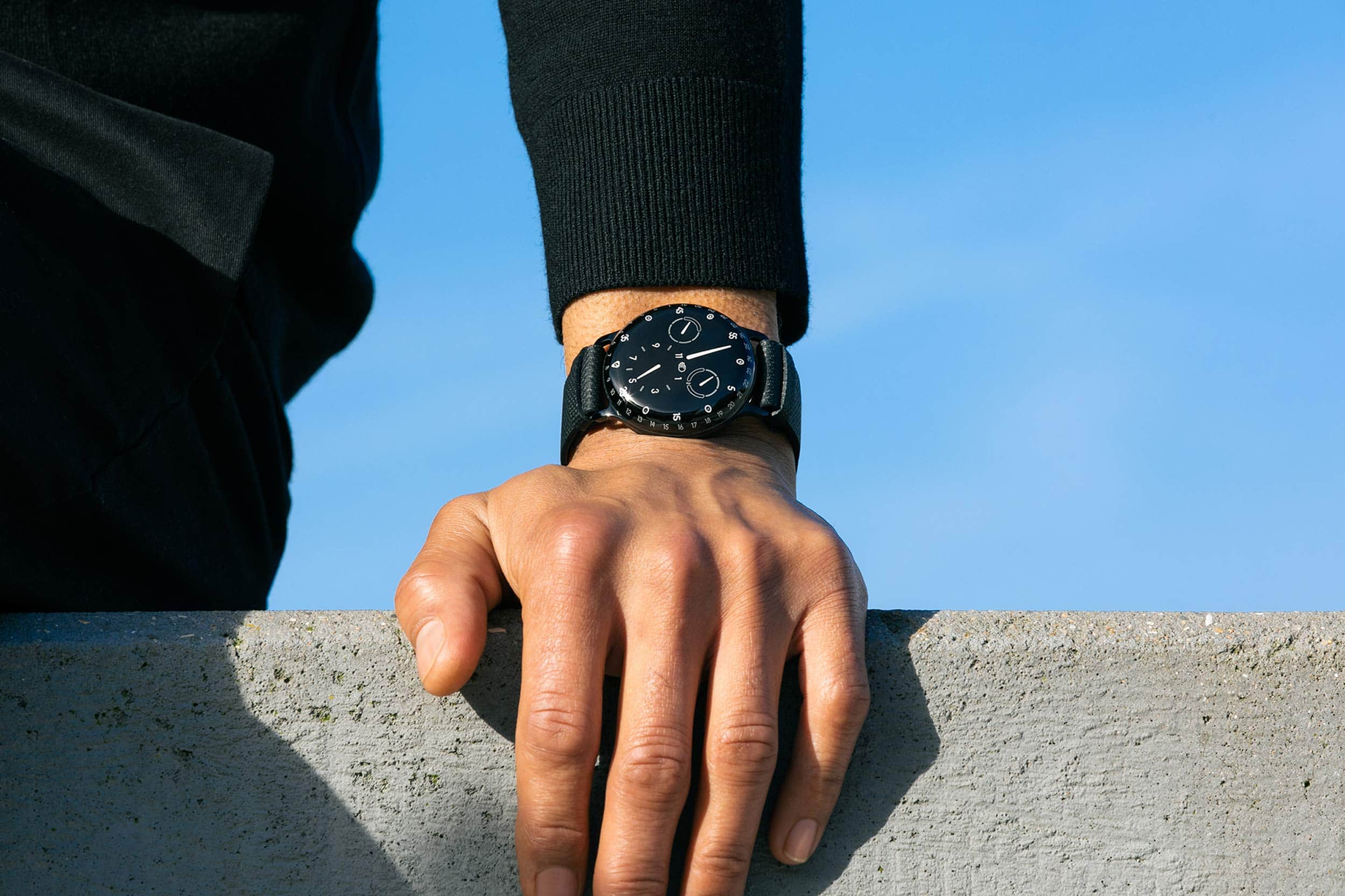 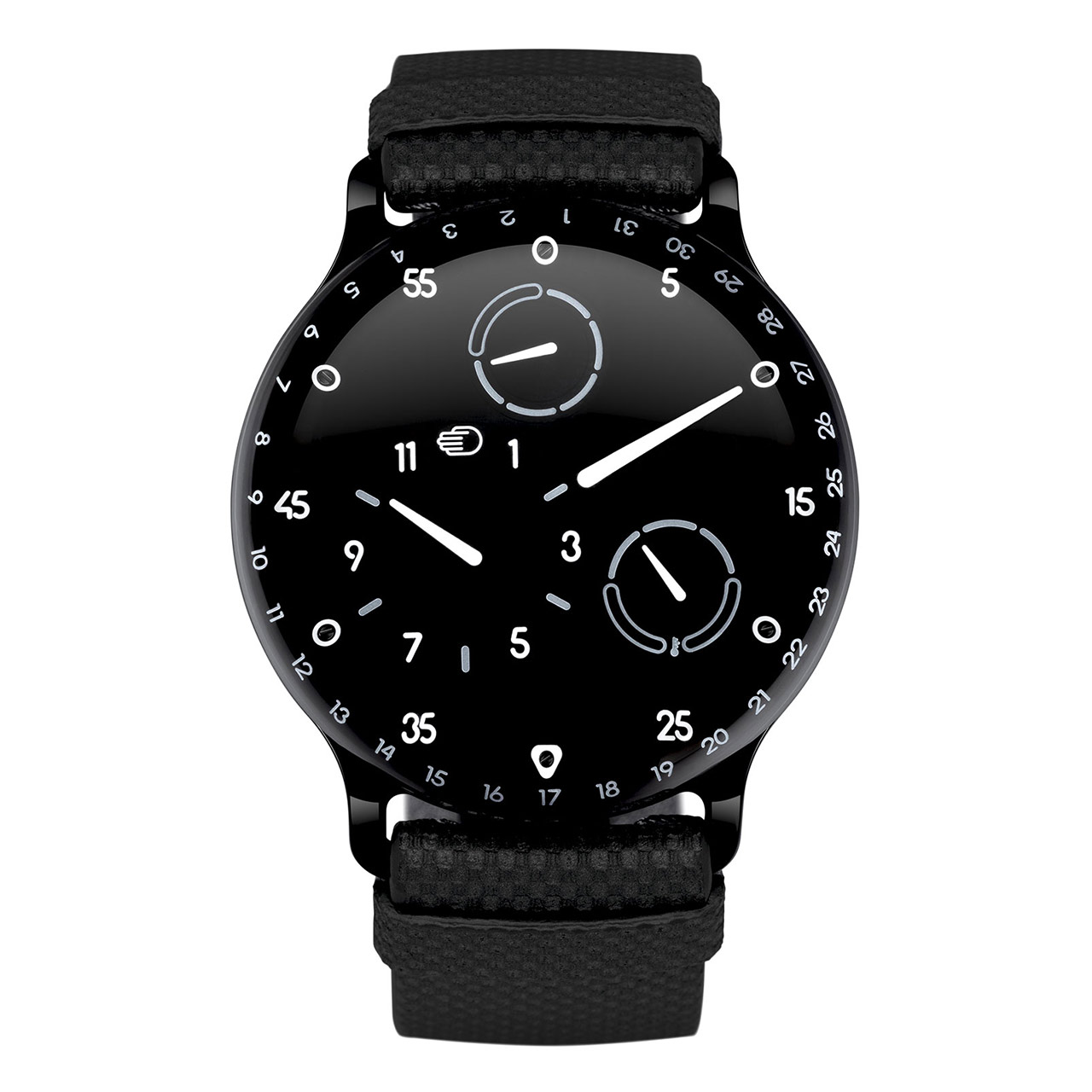 It looks very much out there. Thankfully, it’s not all that difficult to work with. The most fun thing about this is that the entire dial moves around. I can’t really demonstrate this to you, it’s best done in a video, but I can describe it. Encompassing everything is a date ring which has a pointer at 6 O’clock on the watch. The really thick white hand that seems to be by itself is the minute hand, easy stuff so far. Sitting behind that at all times is the time dial, which has some numerals, a hand and the Ressence logo, which is also a hand. Above the minutes hand in the photos is the seconds indicator, and below it in the pictures is an oil temperature gauge. I say these things because Ressence uses oil underneath the crystal to distort the image, so it looks all 3D, and it moves around as well. 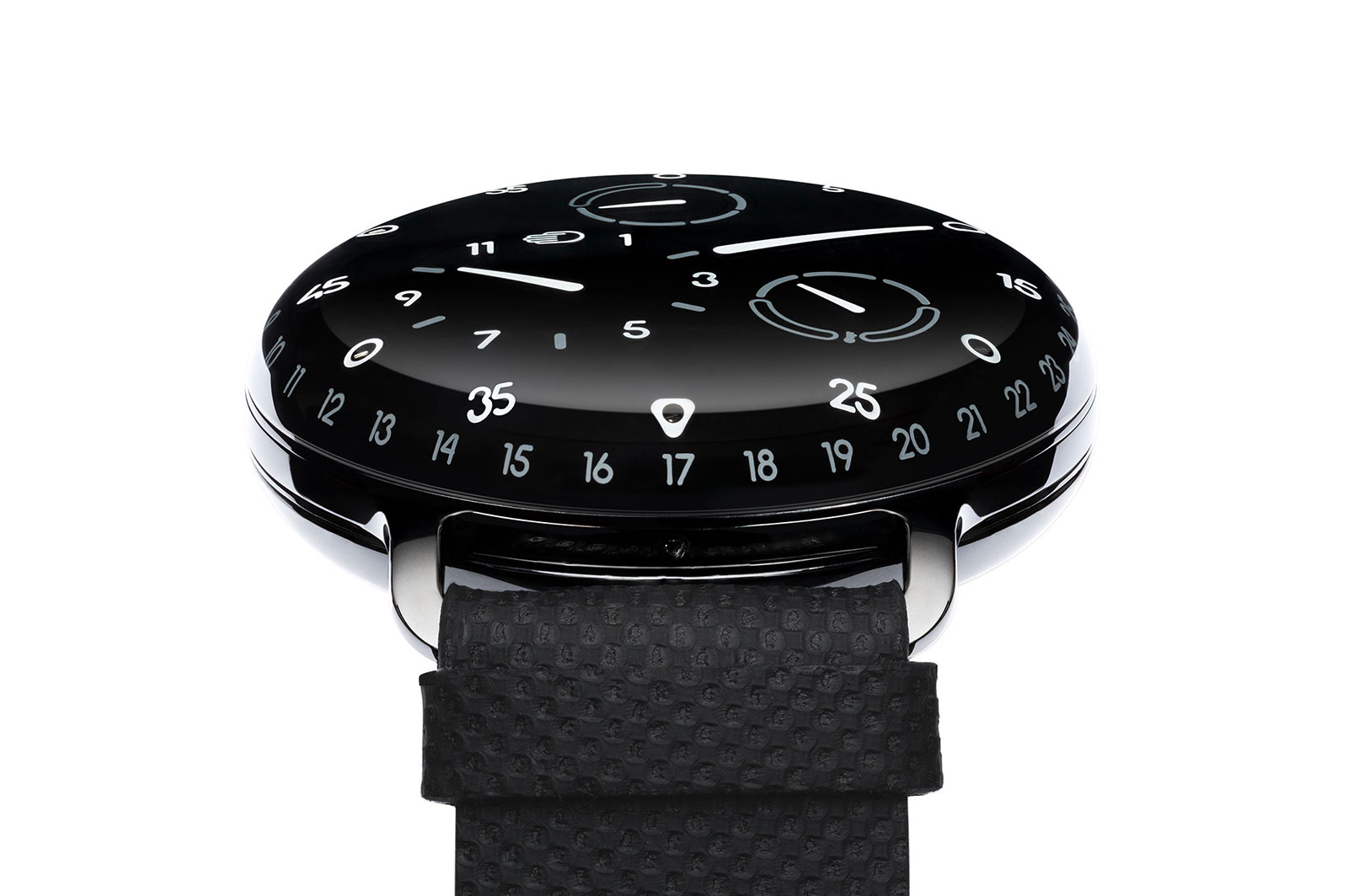 The “dial”, if you want to call it that, is set on planetary gears, which Ressence calls ROCS, the Ressence Orbital Convex System. 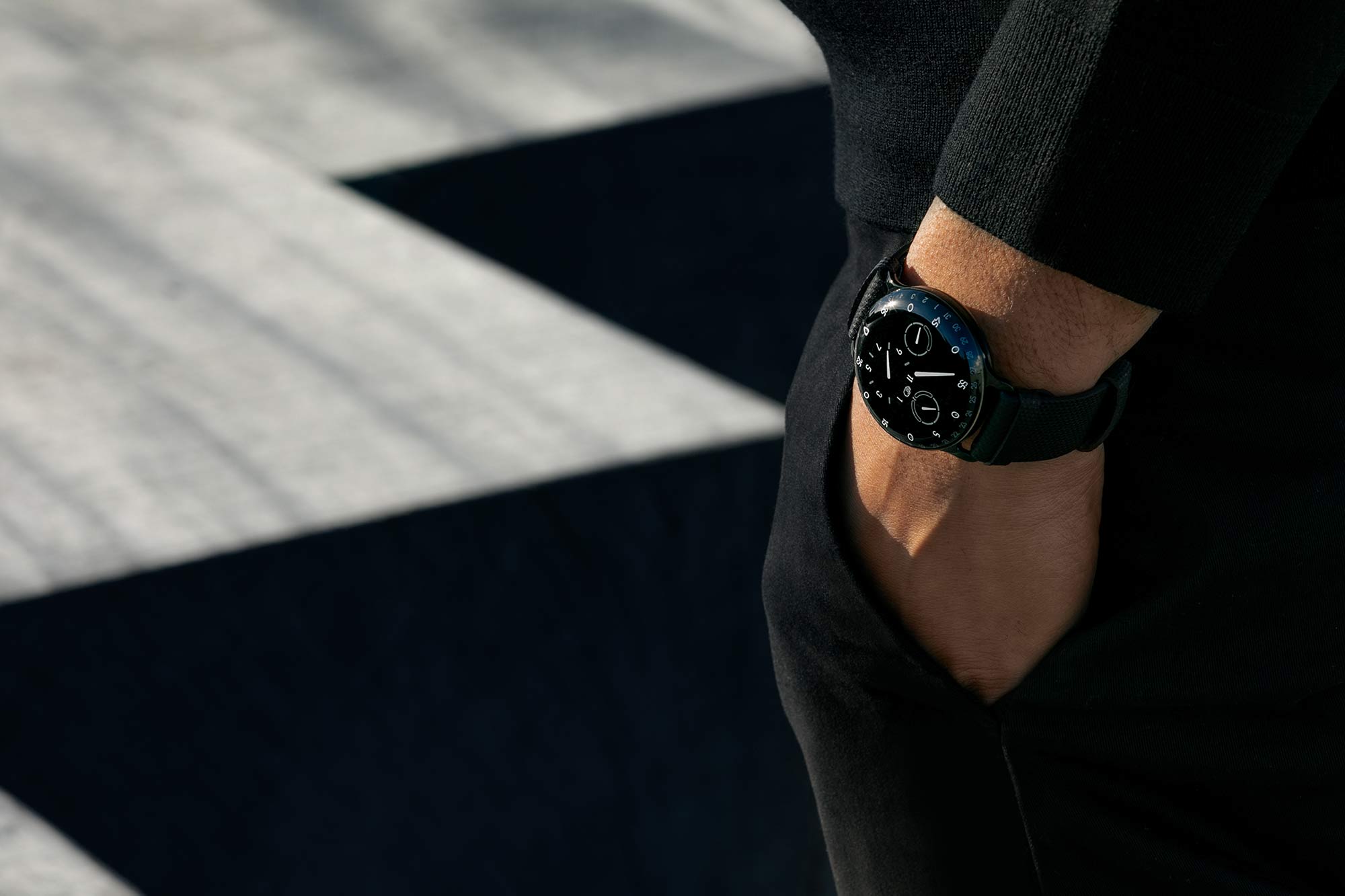 In layman’s terms, it moves the dial around, which moves the minutes hand, all the subdials like the oil temperature gauge (which is required as oil that is too thick or too thin can affect efficiency) and hour indicator are always vertically aligned wherever they are on the dial. 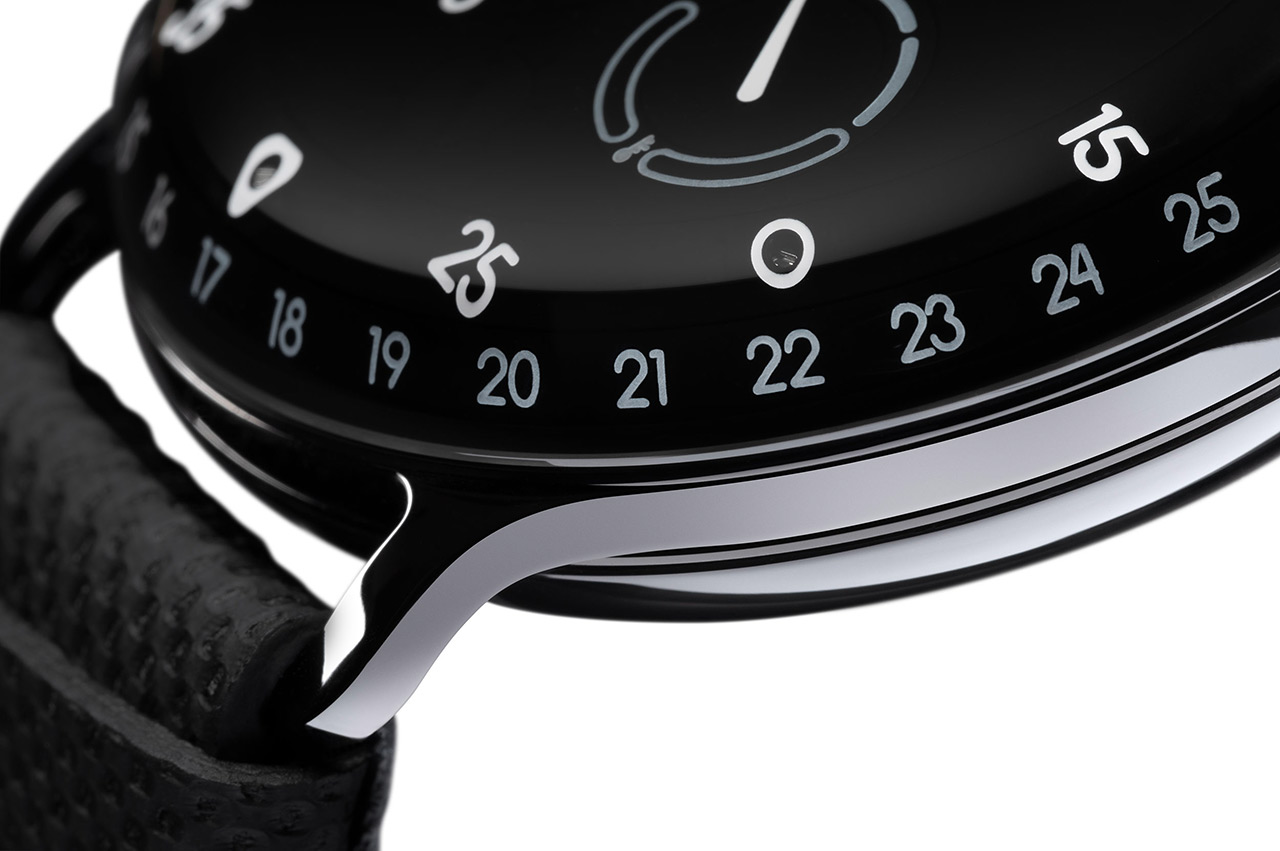 Powering all this is, surprisingly, a customised ETA 2824/2 base movement. Ressence is not a movement manufacturer, per se. It makes parts to add to them, though, so the ETA movement is a good and reliable base. It also is a good demonstration of how far a serially-produced movement can actually go too. A good lesson then for the snobs who see ETA movements as unworthy, even though their movements have been reliably powering watches for decades. The 4Hz beat rate doesn’t change, but the power reserve is 36-hours, slightly less than a date version of the 2824-2 typically has, but it needs to move a lot more around. 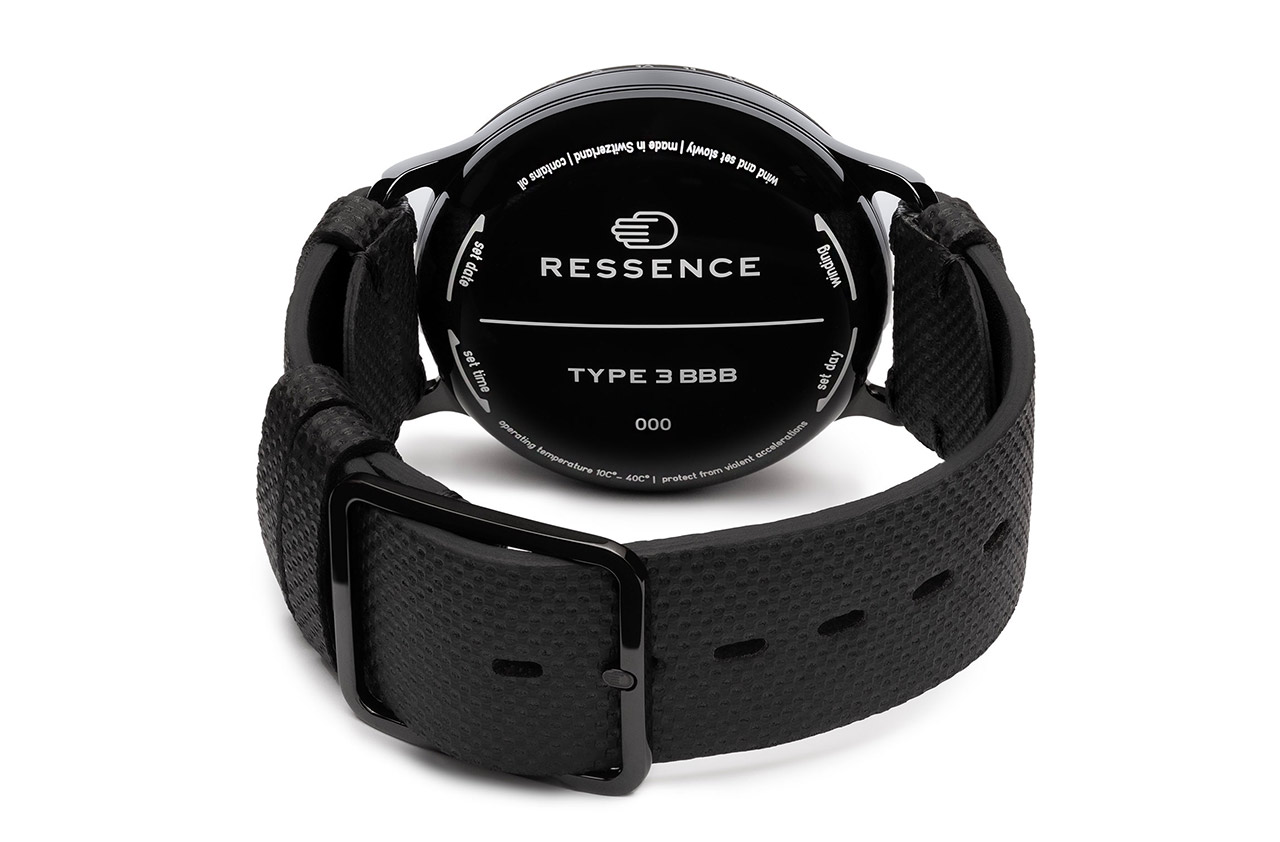 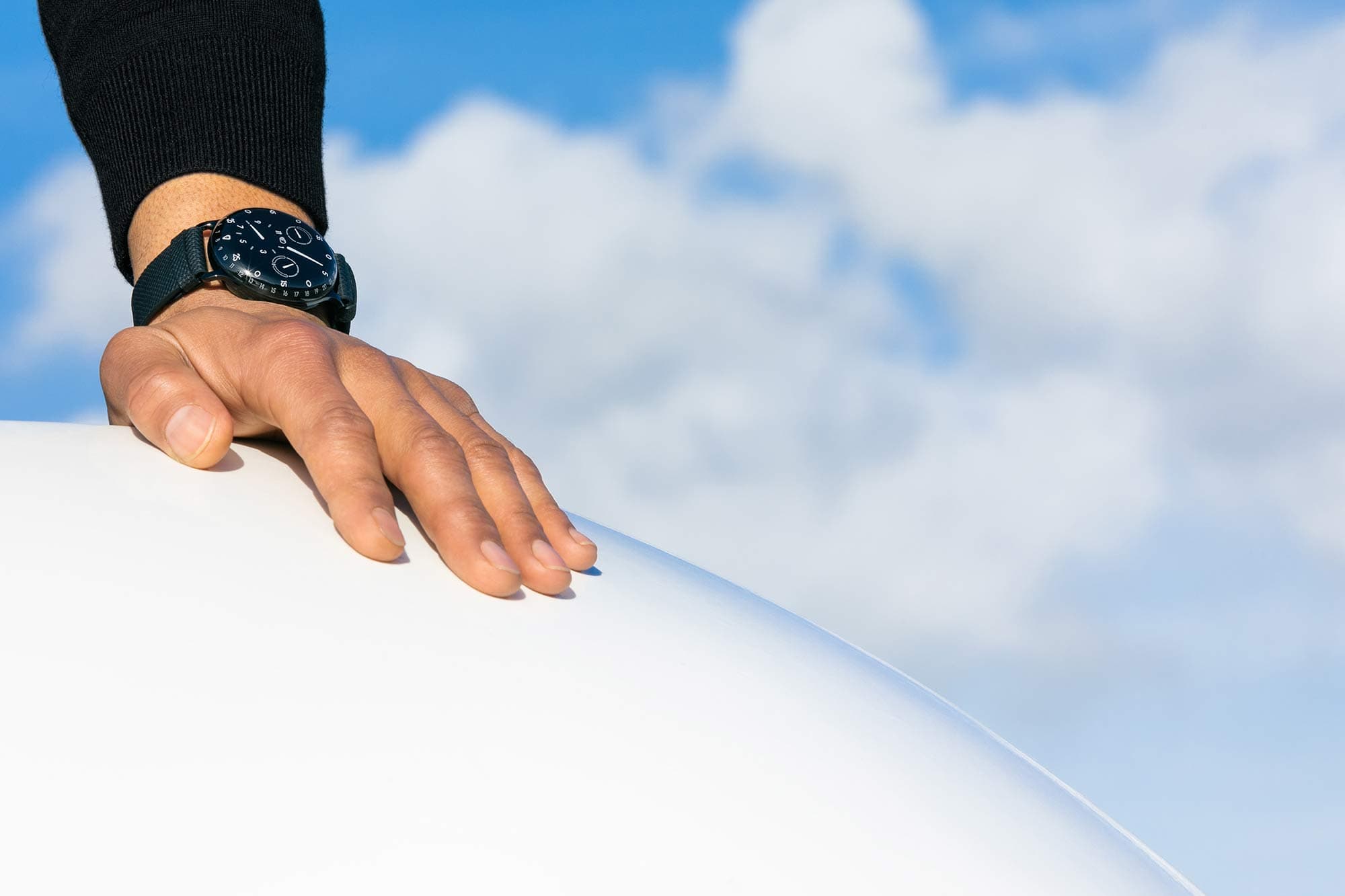 That extra “stuff” is also why this watch is quite big. It measures 44mm x 15mm. Luckily, most of that is taken up by the cool and unusual sapphire crystal display. Although, there is a black base plate made of DLC coated titanium, and when connected to a black strap and with the black and white dial, you can see where the Type 3BBB gets its name, quite literally Type 3 Black Black Black. Neat, huh? This watch is a limited edition; Ressence is making it until the end of 2022, and then it’s gone. The price is CHF36,800 before tax.