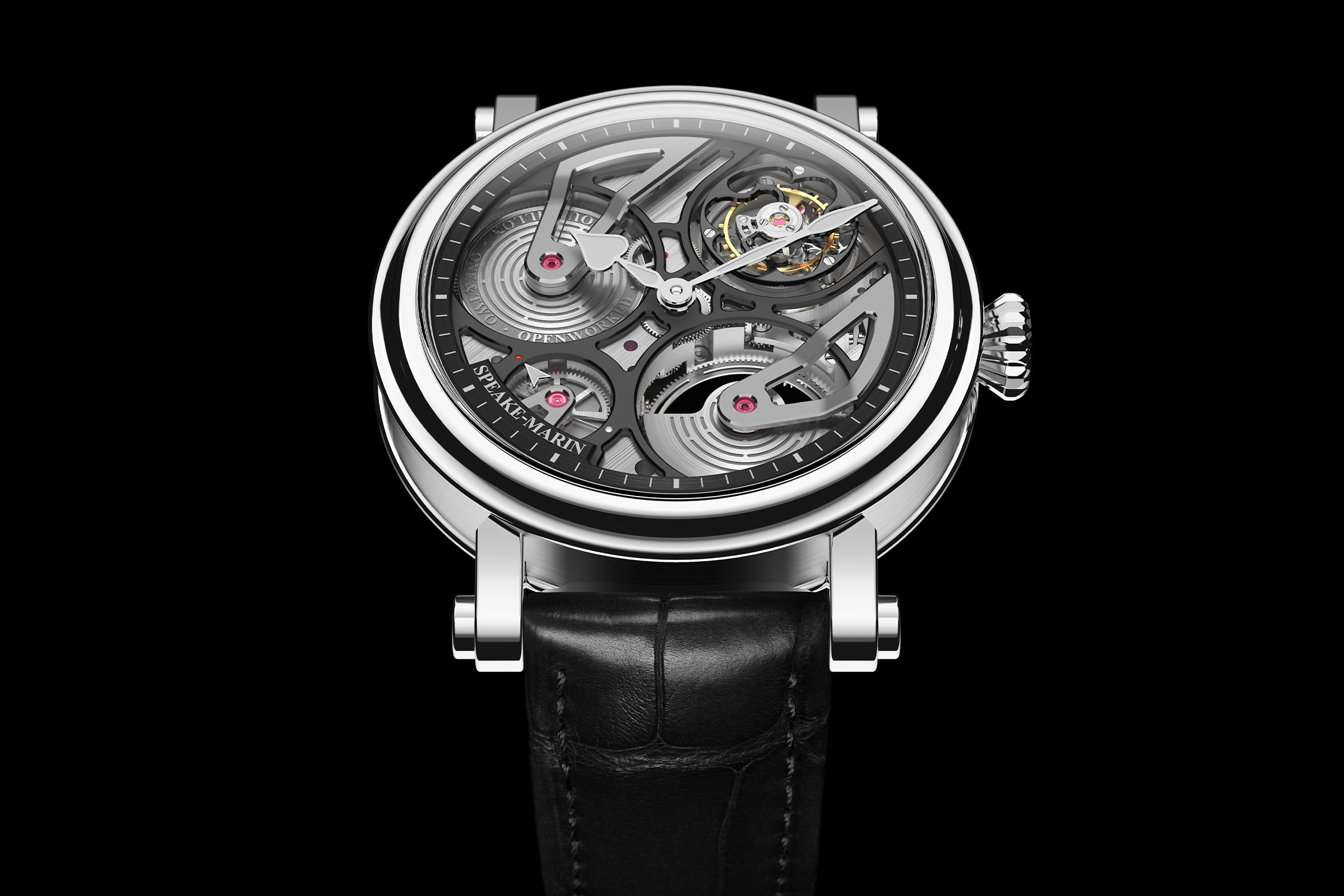 Peter Speake-Marin is a very popular independent watchmaker who was a part of the group of friends who worked at Audemars Piguet Renaud Papi and then went off and did amazing things for themselves. People like Kari Voutilainen, who makes incredible watches, and Anthony de Haas, A. Lange & Söhne’s product director. The new One&Two Openworked features the hallmarks of an independently produced wristwatch. 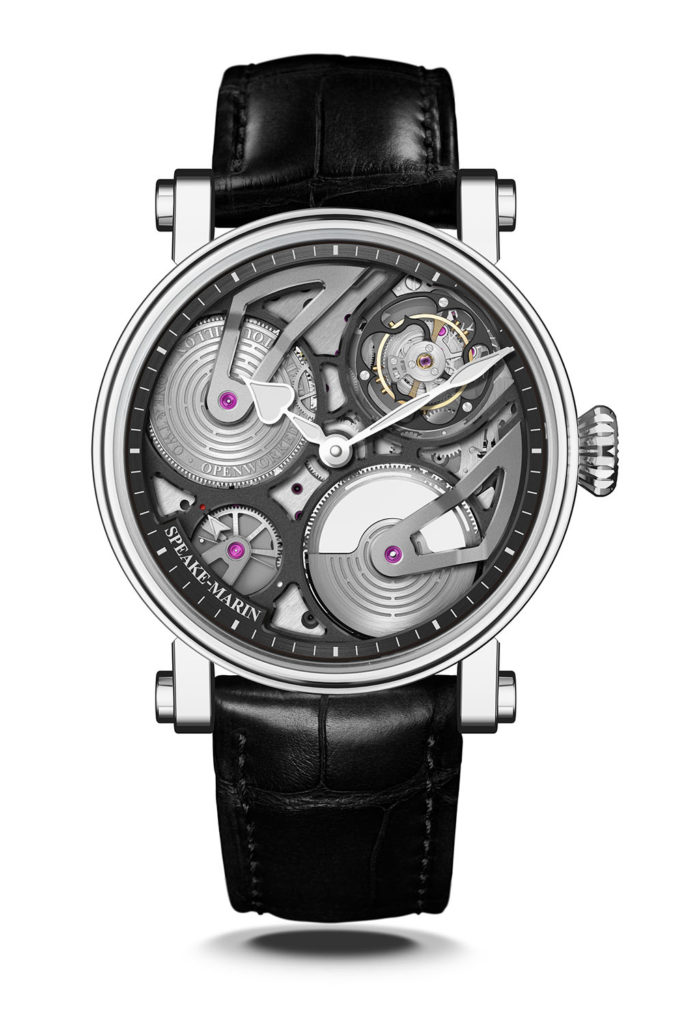 The design is bold, with contrasting black and silver components to give the dial depth and appeal, while fine chamfering polishes off the movement nicely. The micro-rotor is positioned so that it’s visible to the wearer while on the wrist, a design move that the likes of Romain Gauthier, Roger Dubuis and Schwarz Etienne make the most of with their watches. The top of the 60-second flying tourbillon features the Speake-Marin logo and is finished in black. You also get to see the top of the spring barrel, which is connected to a power reserve. The design for the hands is called ” spade-and-whip” and have been given a generous coating of Super-LumiNova. 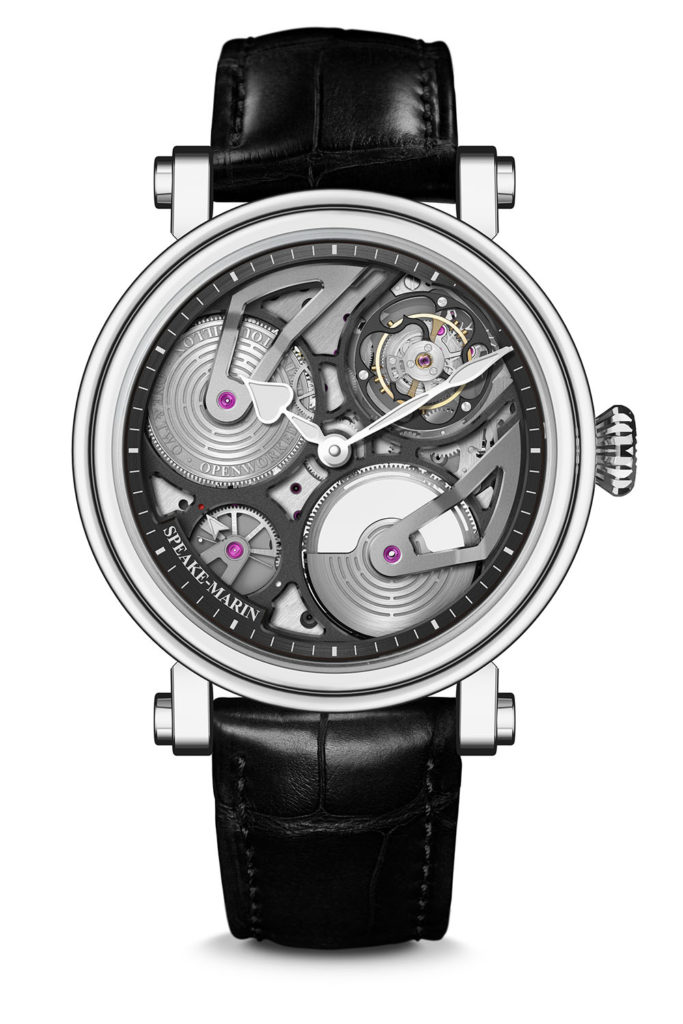 The calibre is called the SMA05 and is an in-house made movement with a 3Hz beat rate and a power reserve of 72 hours. It comes in a titanium case which has been both brushed and polished, a hard effect to achieve with titanium and comes in two sizes. The first is 38mm in diameter and will cost CHF54,500 to buy. The second us 42mm across, and costs slightly more at CHF55,000. There’s hardly a difference between them, the case thickens slightly at the bezel, and that’s about it. The new One&Two Openworked Flying Tourbillon Titanium comes on a black alligator leather strap which has a titanium folding buckle as well. There will be only five examples of each size of this watch, so if you’re a fan of Speake-Marin, then you don’t have long!