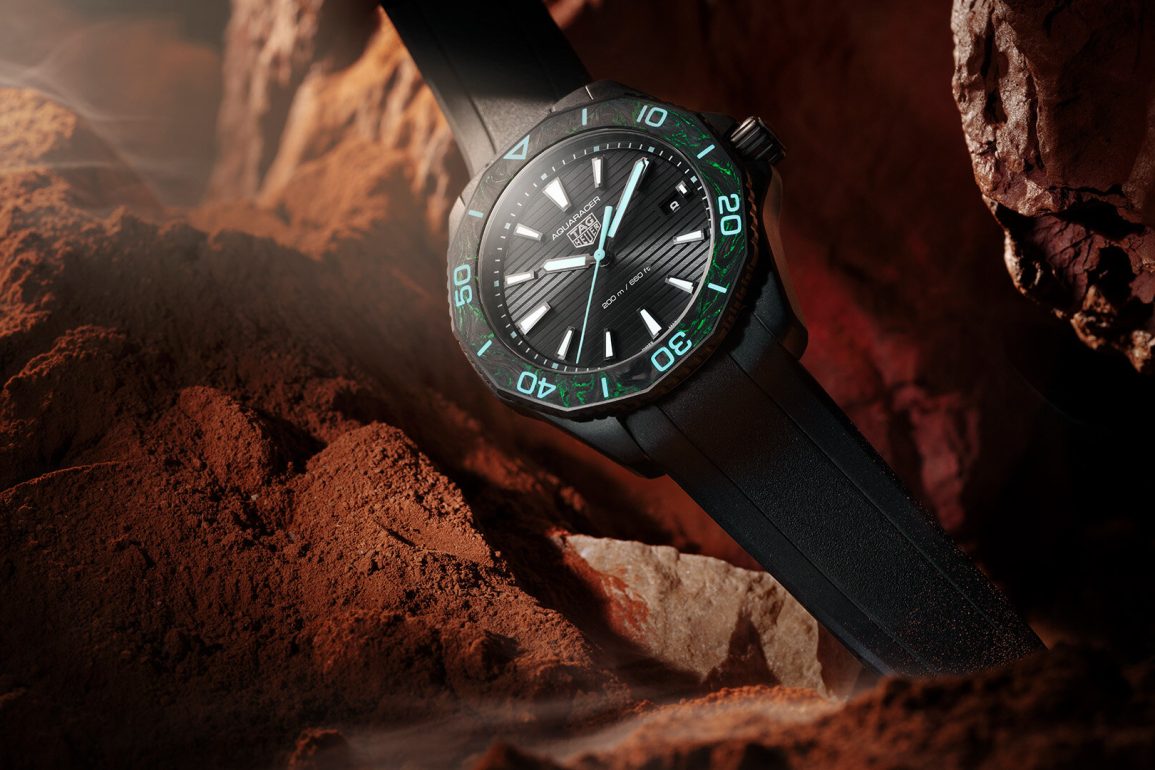 As I seem to have been WristReview’s TAG Heuer correspondent for Watches & Wonders Geneva this year, it’s only fitting that I show you a couple more of their Aquaracer watches. As the show begins to wind down and the lights begin to fade, it will soon be time to look back on this year’s successes. 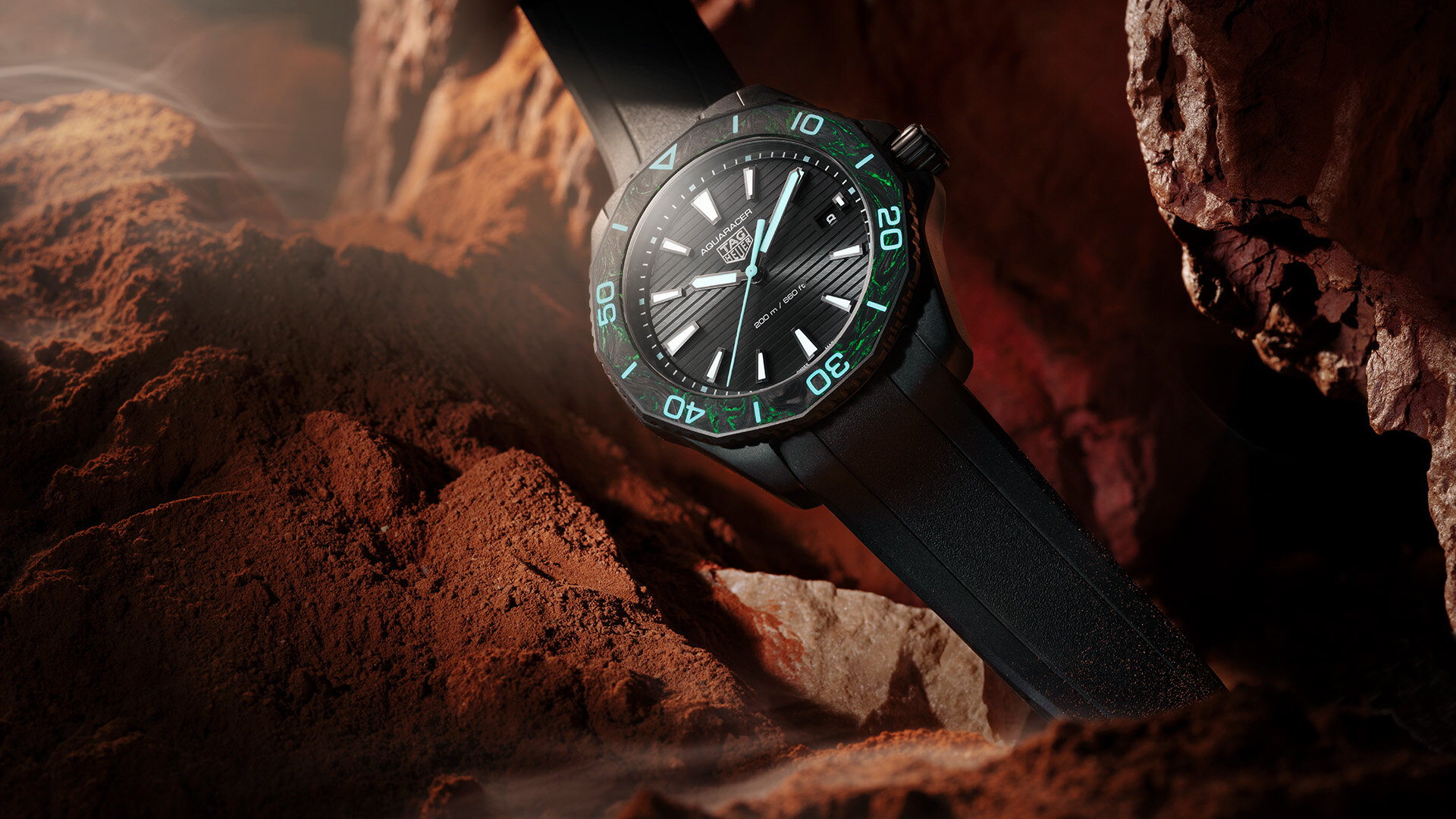 Before we do that, let’s look at some new watches. The first is the Aquaracer Professional 200 Solargraph. Given the name, you can probably figure out the special feature of this watch, but if you haven’t yet I’ll give you a hint: it’s battery operated. That’s right, TAG Heuer’s new watch is charged up by solar power, much like Citizen’s Eco-Drive watches. To be clear, I have no idea whether TAG Heuer developed this by themselves, they’re not saying much. 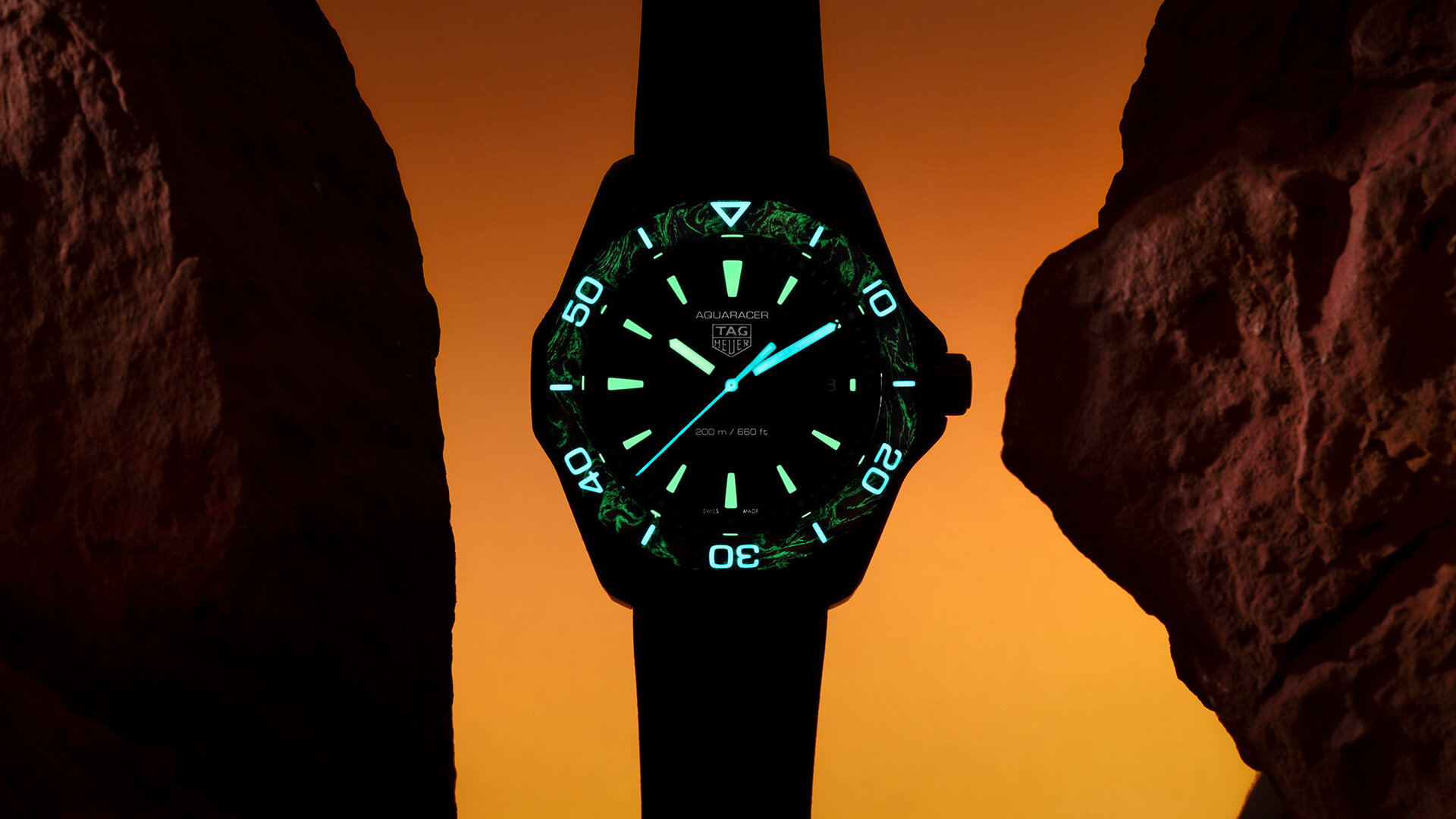 What I can say is that you wouldn’t be able to tell it’s solar-powered by looking at the dial. It keeps the same clean diving display with sizeable hands and markers as well as horizontal lines. It’s also got a lumed bezel. TAG Heuer says the watch will run for up to six months in total darkness, so no need to worry about winding it. It’s also got a 5-year warranty once it’s registered. Coming in a 40mm black DLC-coated stainless steel case, this watch will cost €2800, which is a little pricier than I was expecting. Available in October. 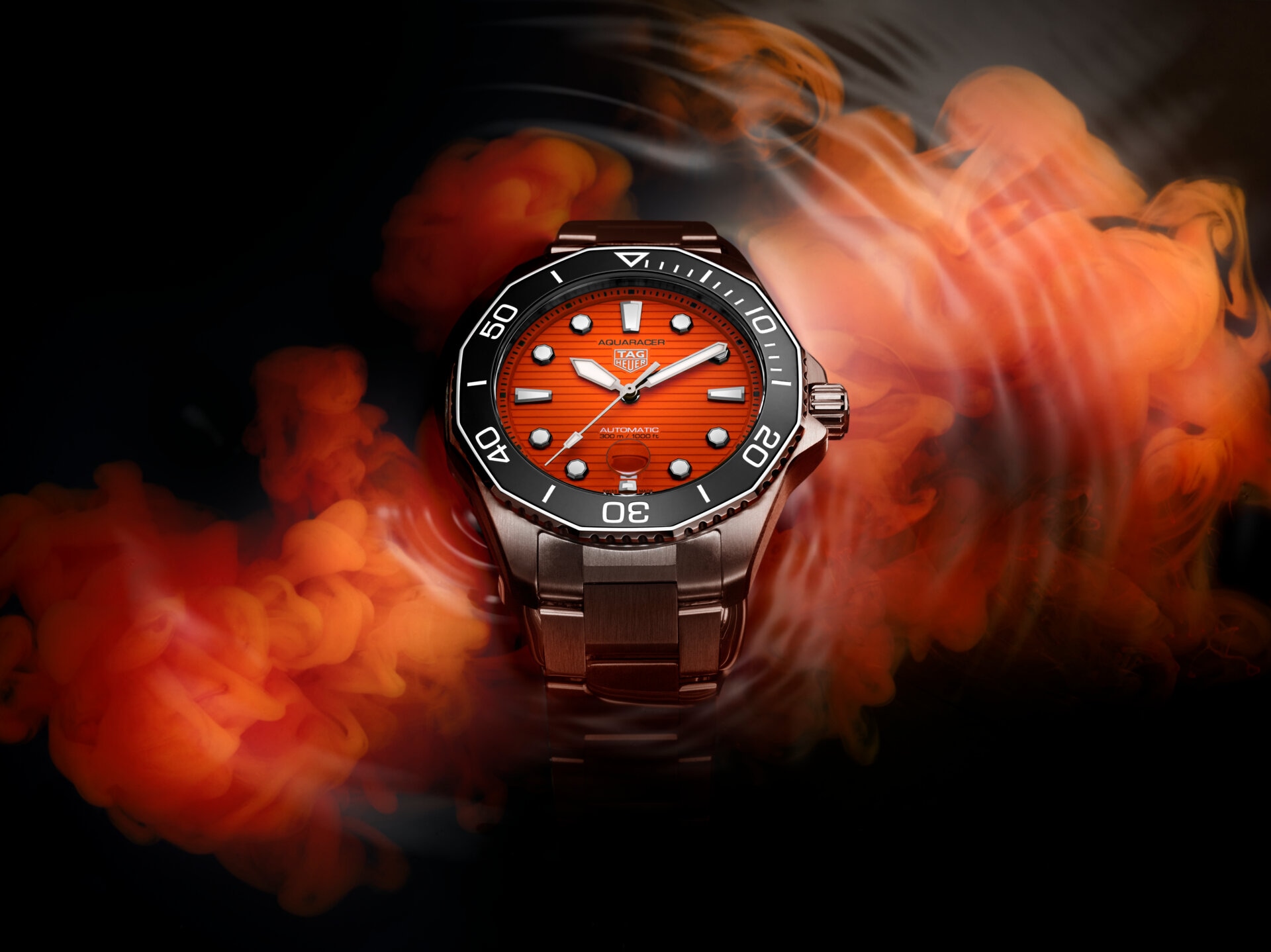 Also in the release pack is a new extremely sharp and extremely orange Aquaracer 300m variant. It’s not majorly different from the existing lineup apart from the really eye-catching dial colour, it’s hard not to get lost in the orangeness. It has a 43mm stainless steel case with a stainless steel bracelet and ceramic bezel. Inside is the self-winding TAG Heuer Calibre 5, which is based on either a Sellita or ETA depending on production timeframes. Either way, it will have a 42-hour power reserve and a price tag of €3100. Available in May. Visit TAG Heuer here.