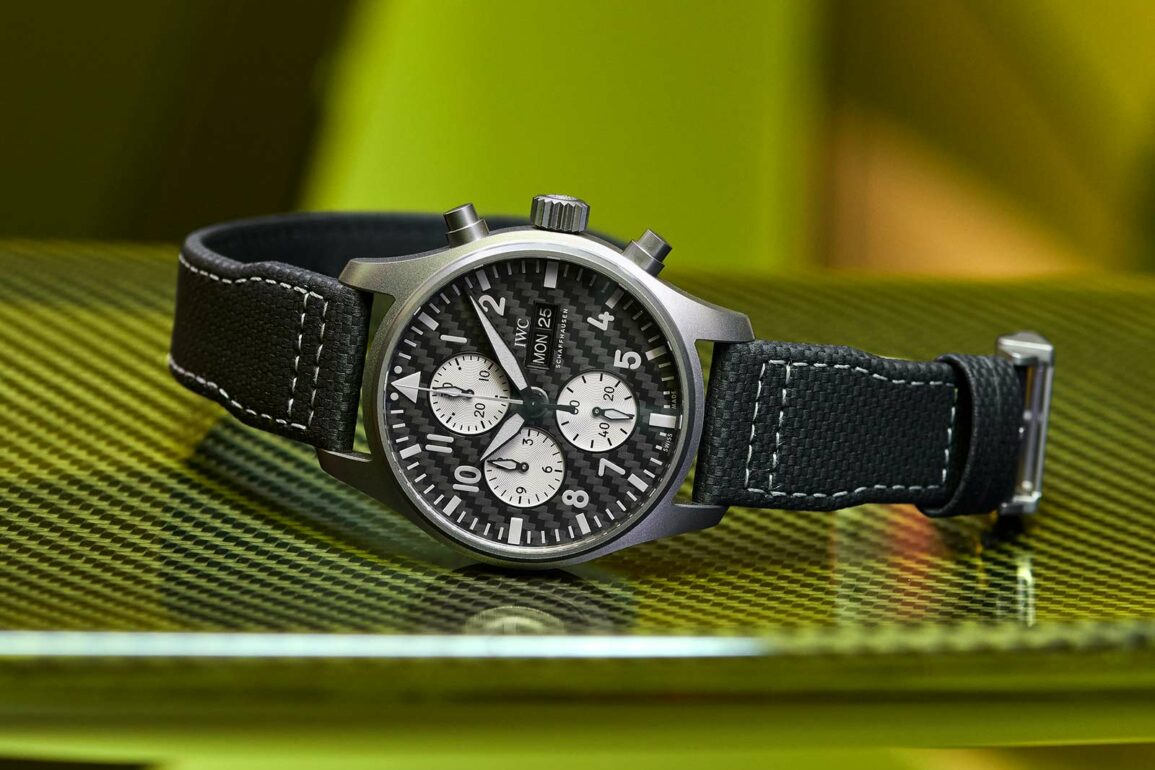 Did you know that IWC works alongside Mercedes-Benz? If you’re a fan of Formula 1, then you almost certainly did. IWC was clever and printed one of its watches on the wrists of the suits worn by Lewis Hamilton and Valtteri Bottas. The IWC logo is also present on the sides of the Mercedes team’s front splitters. If you weren’t a Formula 1 fan but owned a Mercedes-Benz made in about 2009 onwards, you’ll also probably know that IWC and Mercedes-Benz work together, as many of their cars came fitted with an IWC clock in the dashboard. It’s clear then that IWC and Mercedes-Benz work together a lot on their cars, but not much happens at IWC to mark their partnership, until now. 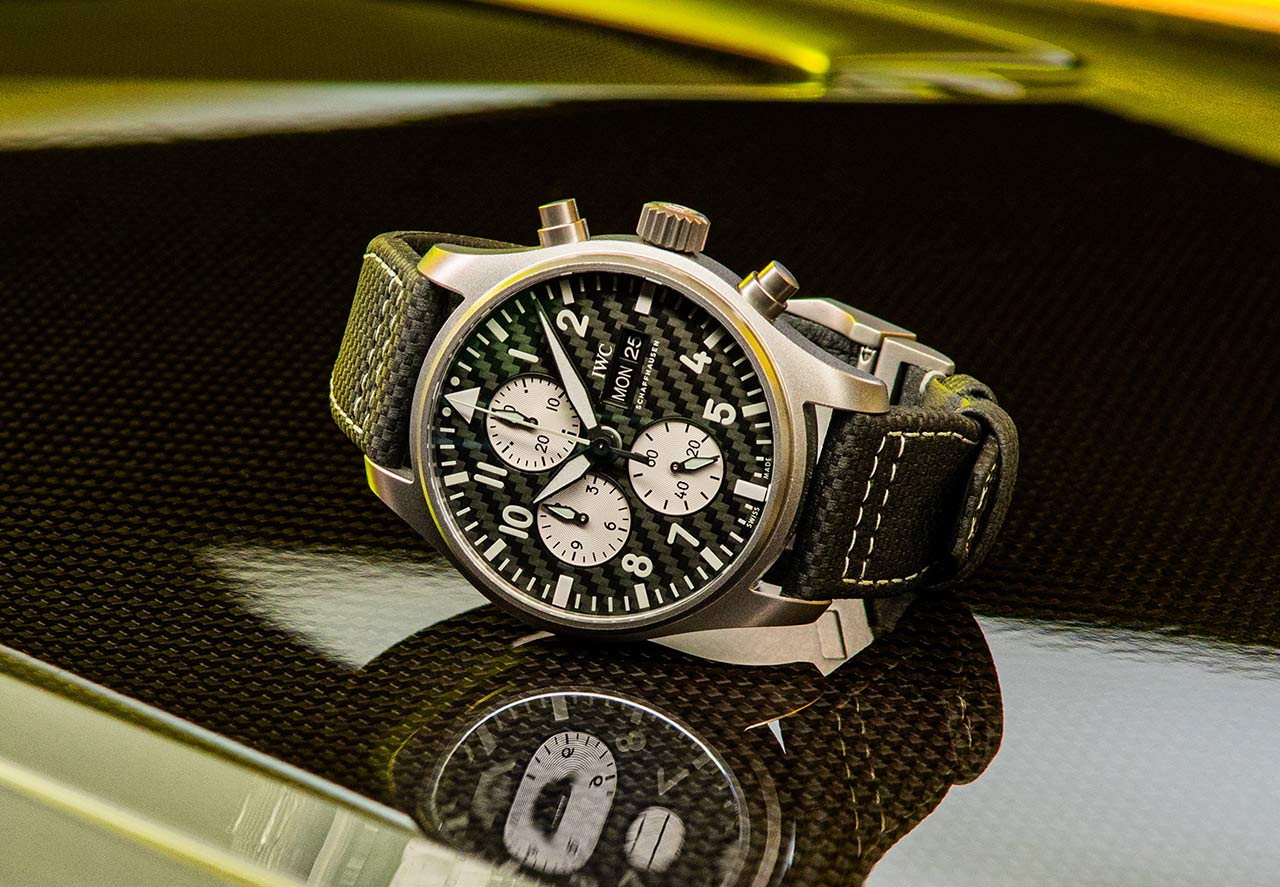 The new Pilot’s Watch Chronograph Edition AMG turbocharges the standard Pilot’s Watch with a carbon fibre weave dial and a case finish inspired by Mercedes-Benz’ latest range of paint colours. This particular one is inspired by a colour called Selenite Grey Magno, the term ‘Magno’ is Mercedes’ way of calling a satin paint job, just a little more reflective than outright matte paint but very distinctive compared to the standard paint range. The case itself is made of titanium and measures 43mm x 14.9mm with a water-resistance rating of 60m. 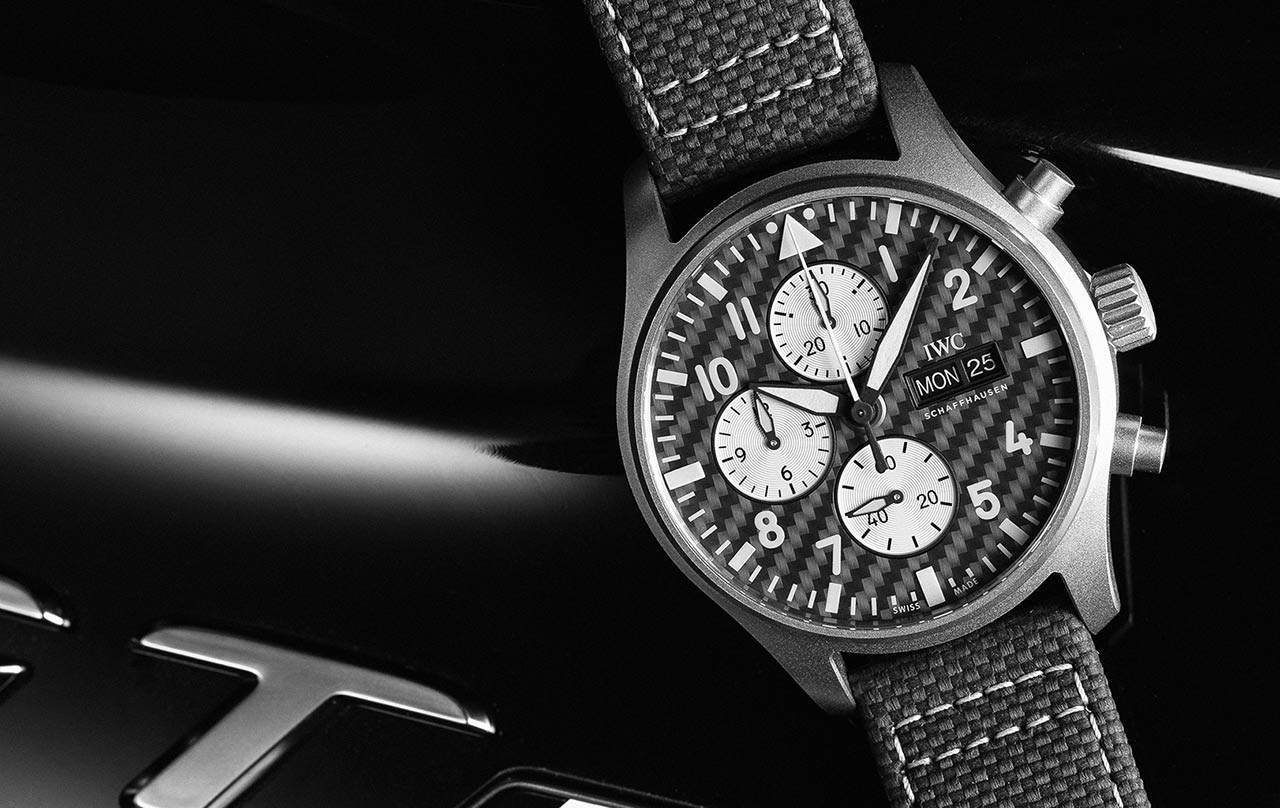 You can tell this is made for a German carmaker, the watch is devoid of any colours other than shades of silver and grey, the favourite colours of German carmakers and their customers. At least the subdials feature concentric sunburst guilloché, and the watch has a day-date feature, which help break things up and attract attention. I have a feeling the carbon fibre weave on the dial will attract a lot of attention in the window of IWC retailers. 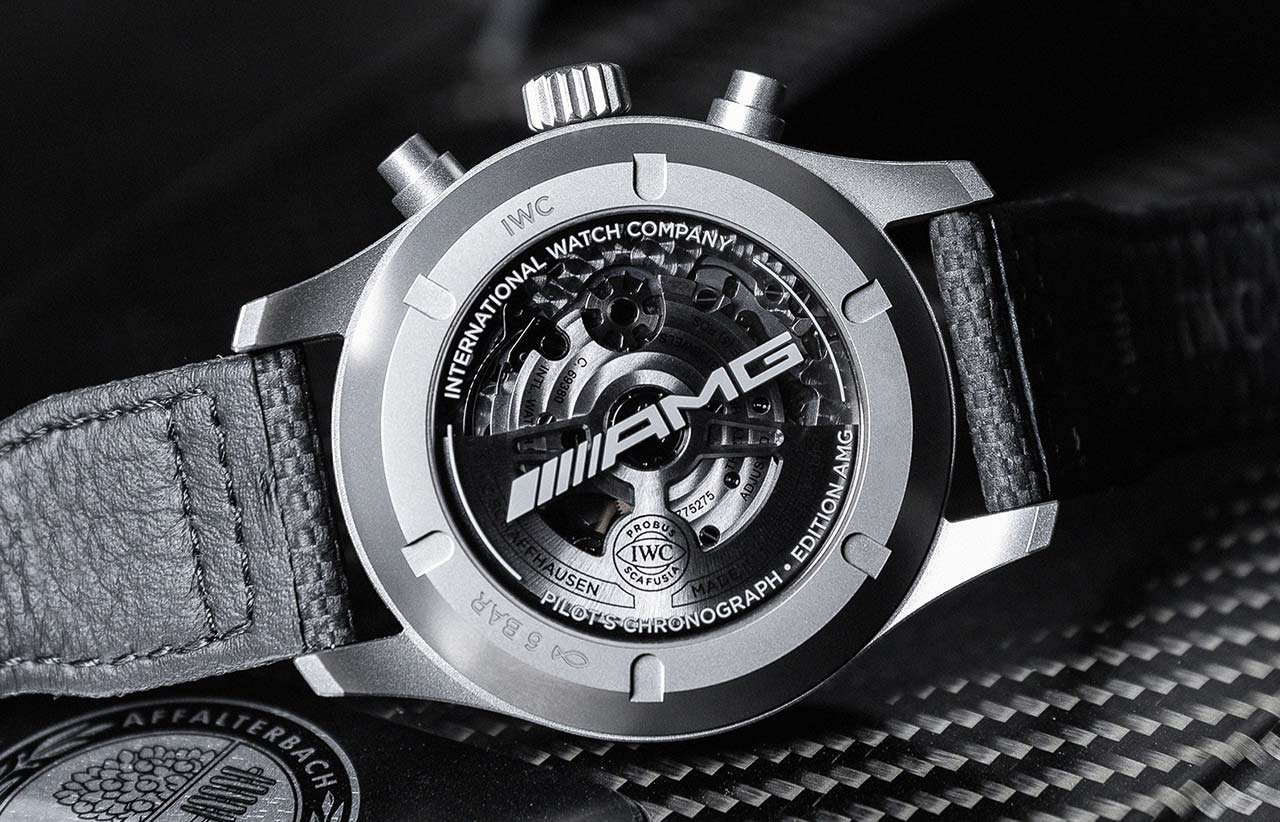 Around the back of the watch is the beating heart, the in-house calibre 69385. The movement features a 4Hz beat rate and a power reserve of 46-hours. There’s also a column-wheel controlling the chronograph for more precise-feeling pushers, and IWC has finished the movement nicely with circular polishing on the rotor and movement plates. This is sat under a tinted sapphire crystal with the AMG logo on it. Typically, as you probably know, I’m against printing on sapphire crystals, but as IWC has also tinted the sapphire crystal, it means the AMG logo at least stands out well. It doesn’t seem like such an abrupt interruption. 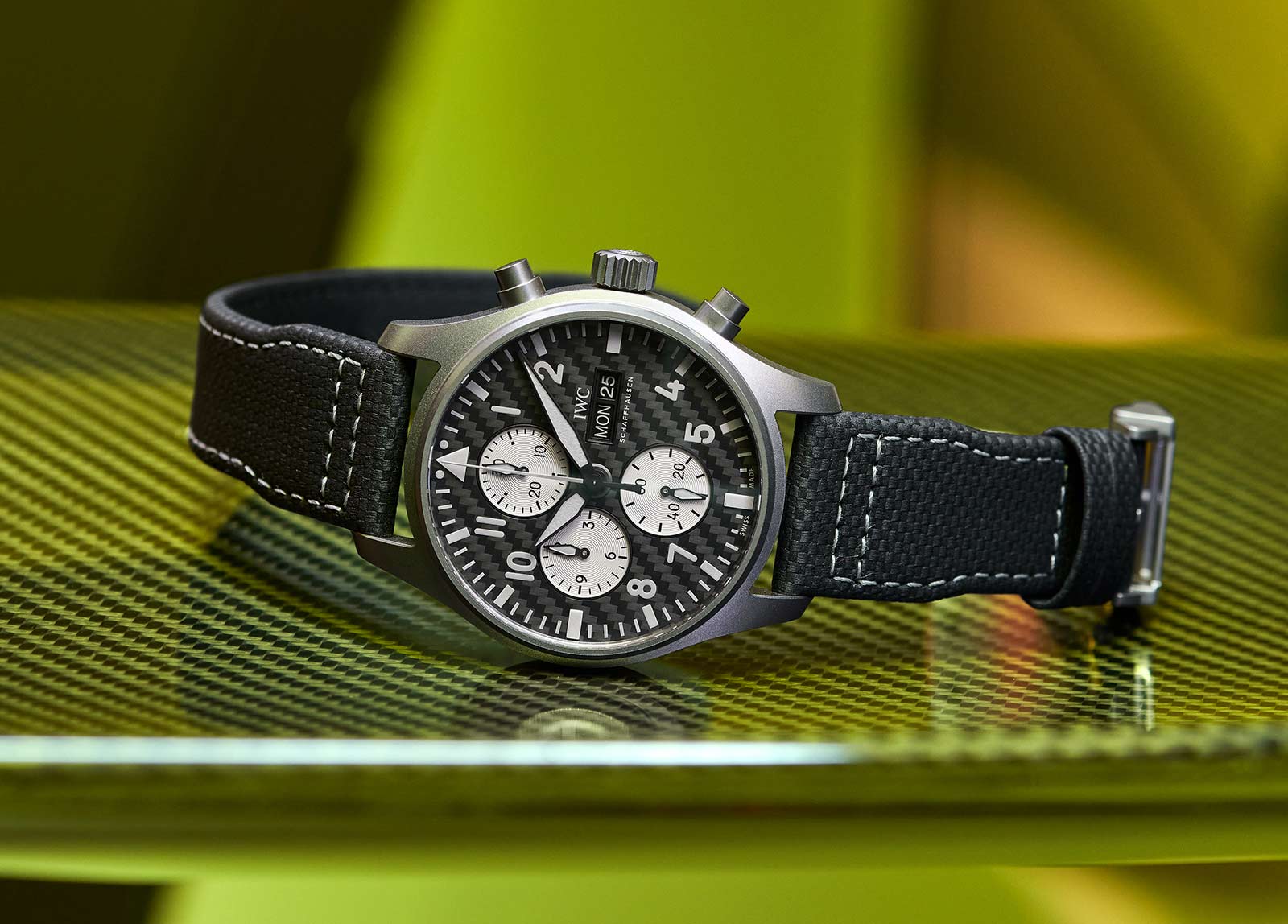 The watch comes on an embossed leather strap and folding clasp with prices starting at €10,100. Unlike other watches such as the Breitling for Bentley range, it seems more likely that a Mercedes-Benz owner will also have this watch. Usually, anyone buying a car’s branded merchandise does so because they can’t afford the car. I can see this being very profitable for IWC and also Mercedes-Benz.