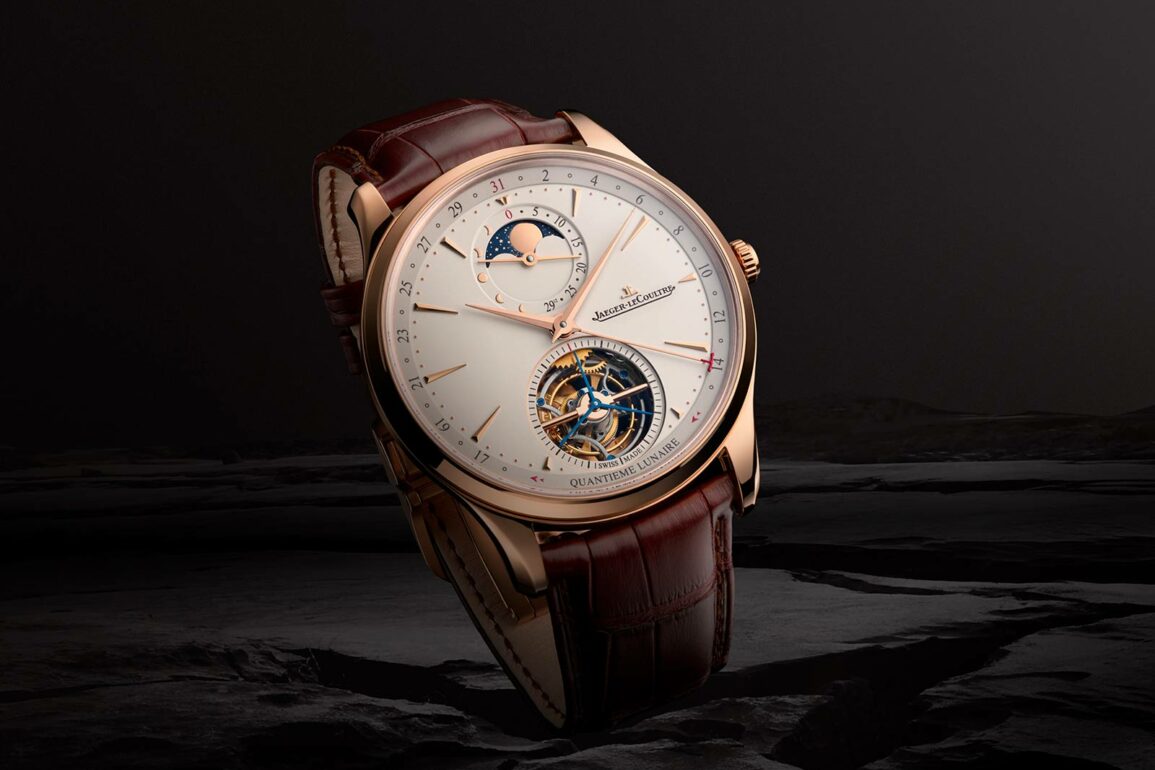 This is one of the most quietly brilliant watches on the market.

Don’t you love it when a brand makes something attractive looking that you know you can’t afford? Well, I don’t love it that much, but I can still appreciate the work that went into it. Jaeger-LeCoultre is presenting us with a new piece that’s going into its range of ‘Master’ watches. This one, dubbed the Master Ultra Thin Tourbillon Moon, is the latest in a long line of excellent watches that show restraint is an art form in and of itself. 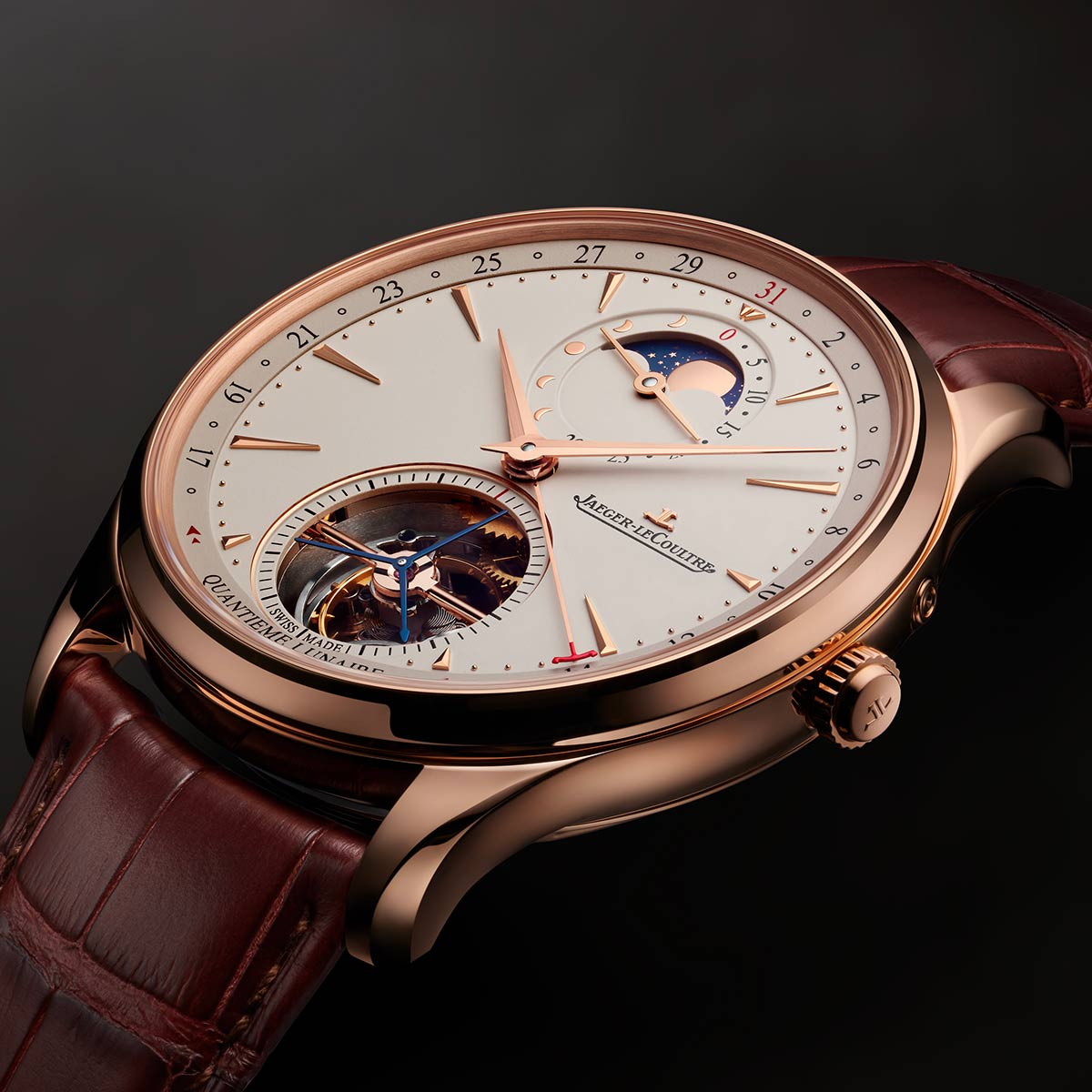 When I say restraint, I mean restraint in terms of decoration, not design. It would be easy to write something in the comments about how this is not restrained because there’s a tourbillon on display and it’s made of gold and whatnot (yes, I do read your comments), but that rather misses the point. Haute horlogerie can show off what makes it haute and still be subdued. This Master Ultra Thin requires you to hunt around for extravagant detailing. 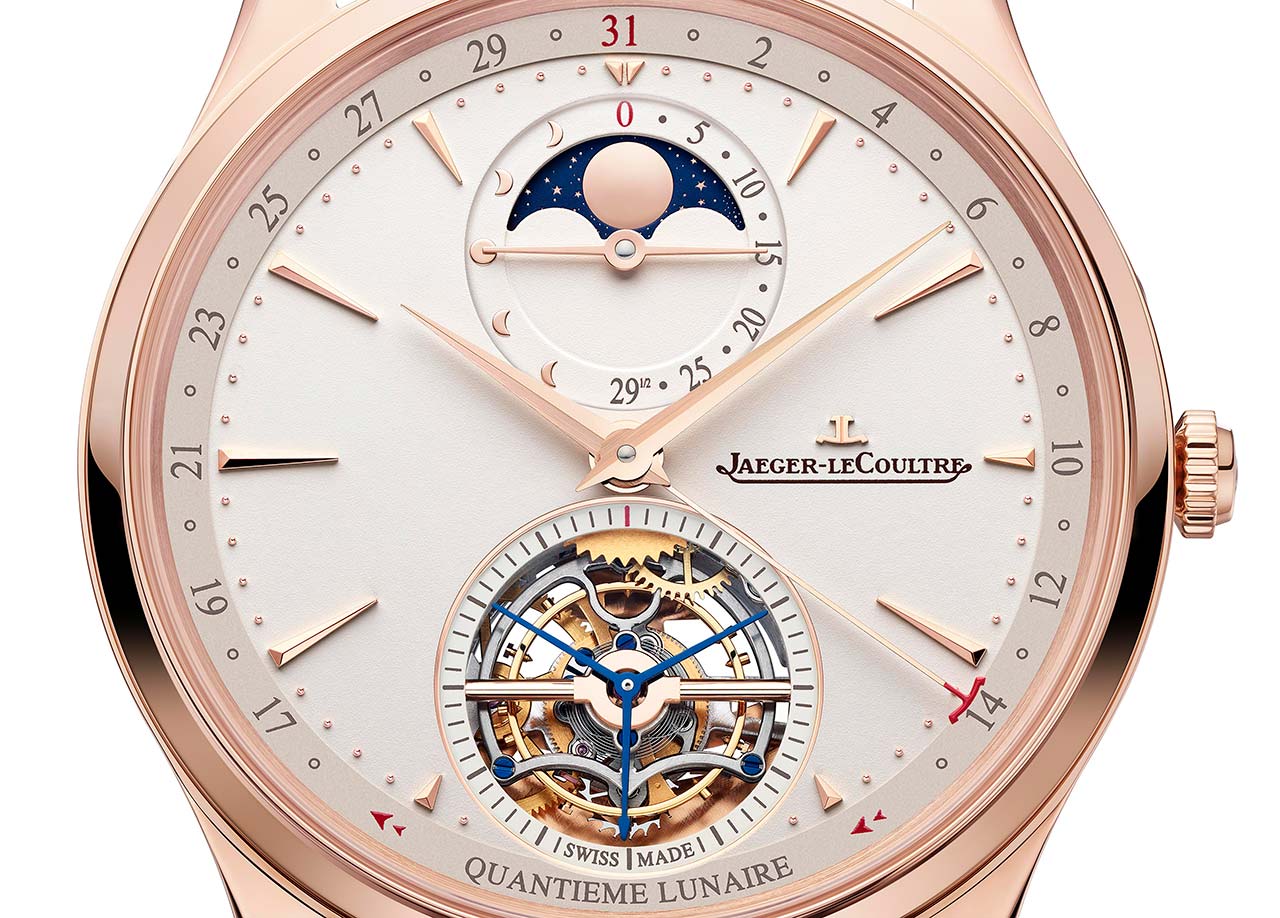 There’s no super high-end engraving on the dial, just a simple eggshell-coloured semi-gloss finish, but there are extras on the dial that help it stand out. The JL logo is made of gold and affixed to the dial, as are the markers for the hours. The hands are also made of gold and are dauphine-shaped with polishing. At 12 O’clock is a moonphase indicator which shows you the current phase of the moon in two ways, the traditional method featuring a spinning disc and a double-ended hand which shows the moon’s phase on the left (using applied graphics, of course) and the age on the right. Believe it or not, this moonphase is serving a dual purpose, as the traditional display shows the phase of the moon for the northern hemisphere and the new display with the double-ended hand shows the moonphase for the southern hemisphere. This is probably the most subdued way of showing two pieces of information in the same subdial that I’ve seen. 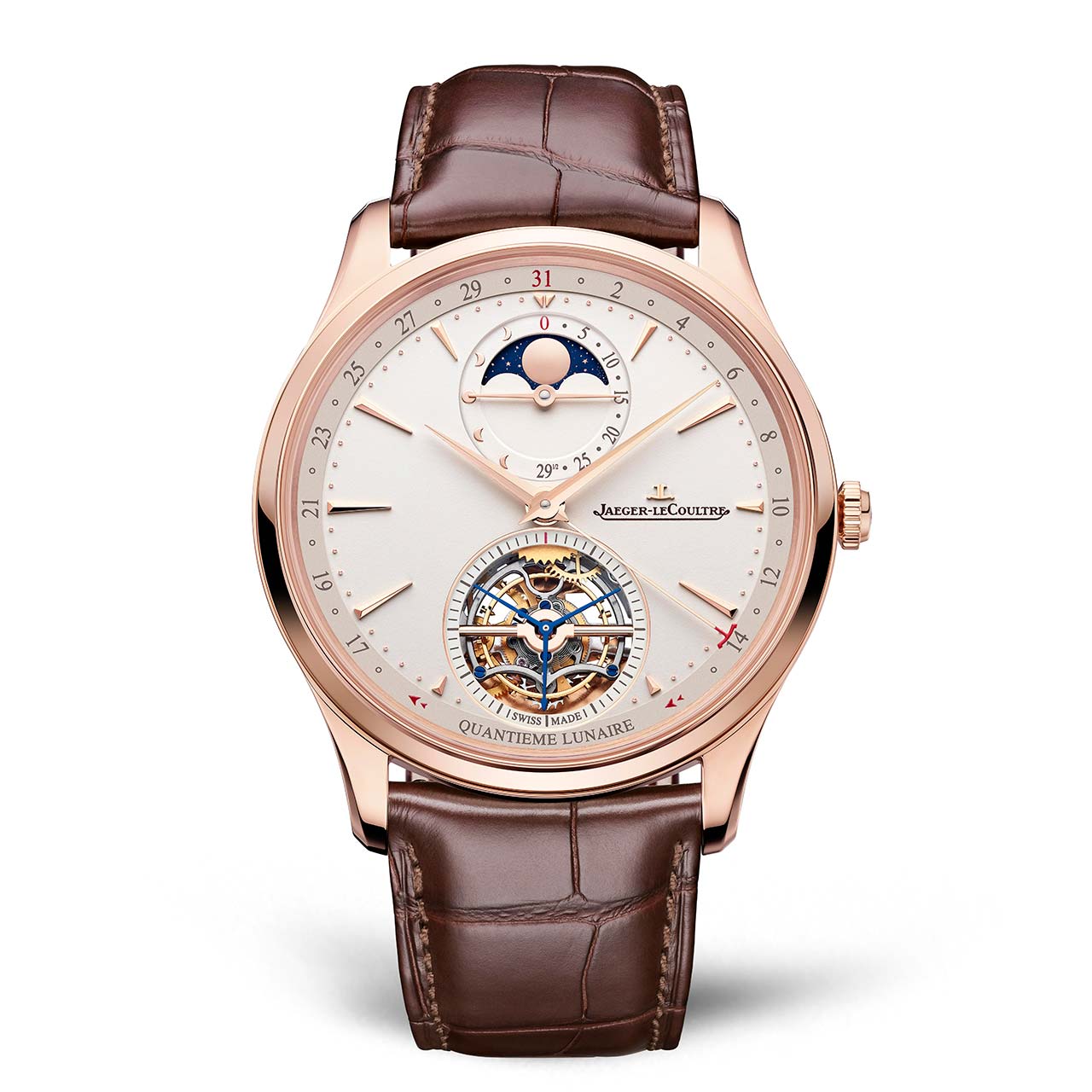 At 6 O’clock and on full view is the part that really demonstrates Jaeger-LeCoultre’s mastery of high-level mechanics, a tourbillon. Following brand tradition, this tourbillon features a blue hand with three spokes, one of which has an arrow at the point and marks out the passing of the seconds. The tourbillon cage is made from titanium and, combined with the tourbillon and escapement mechanisms, weighs in at an astoundingly (un)heavy 0.3 grams. And yet, it’s still been finished with the same level of care as the rest of the watch. The tourbillon is secured in place with a pink gold bridge which, you guessed it, has been polished to perfection. 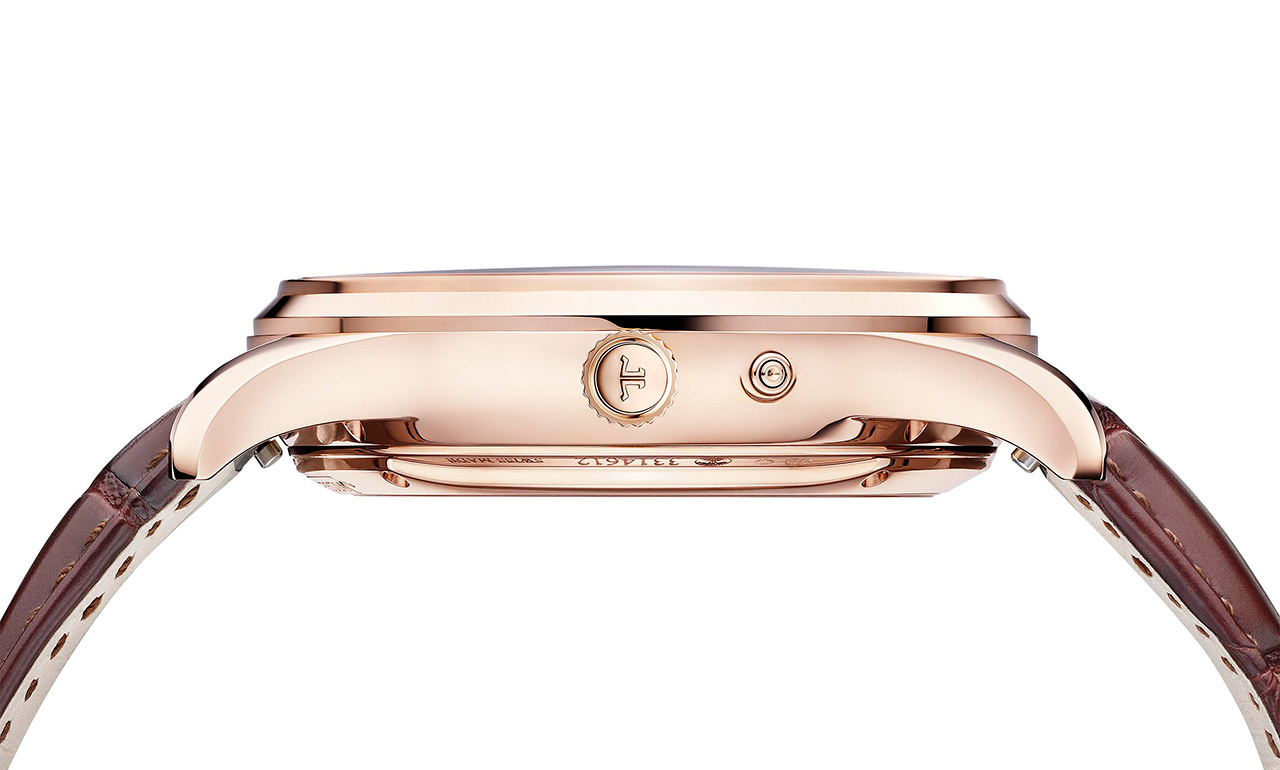 Interestingly, the red-tipped hand on the dial that shows the date around the periphery of the said dial doesn’t obstruct the tourbillon. When moving from the 15th to the 16th, the hand jumps across the tourbillon and continues on the other side of it, as denoted by the arrows on the inner-flange ring and the way the markers are set out. It’s a little detail, but it shows the brand’s attention to detail. 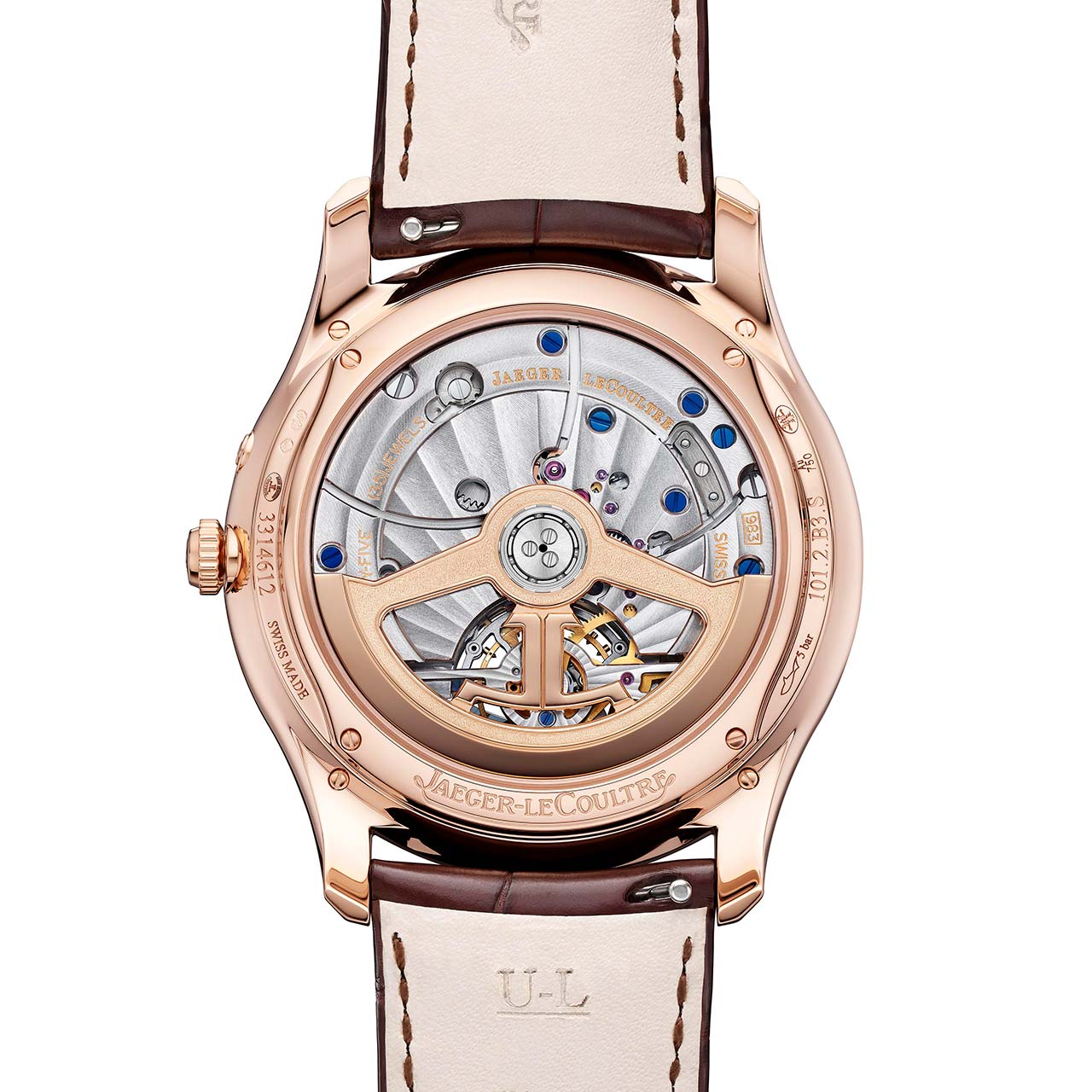 Around the back of the watch is an automatic calibre 983. It has a power reserve of 45 hours (don’t forget it’s powering the escapement, the moonphase and date system and the tourbillon cage, a lot for a little spring) and a beat rate of 4Hz. It’s been finished to the high standards one can expect from Jaeger-LeCoultre with Côtes de Genève waves seemingly exploding outwards from the tourbillon cage. The rotor is also crafted from a single block of pink gold.

So, there we are, a quick look at one of the most quietly inventive watches around right now. It doesn’t re-write the rulebook on how we think about watches from a theoretical and philosophical viewpoint. But, this new Master Ultra Thin does exemplify the reason why this brand is nicknamed “the watchmaker’s watchmaker”.

The case is made of what Jaeger-LeCoultre calls “Le Grande Rose Gold”, which in essence means it won’t lose its colour over time as regular rose gold can do. The case also measures in at 41.5mm x 12.1mm and features a pusher next to the crown allowing you to adjust the date with ease. The price for one of these sits at $88,500, excluding sales tax. 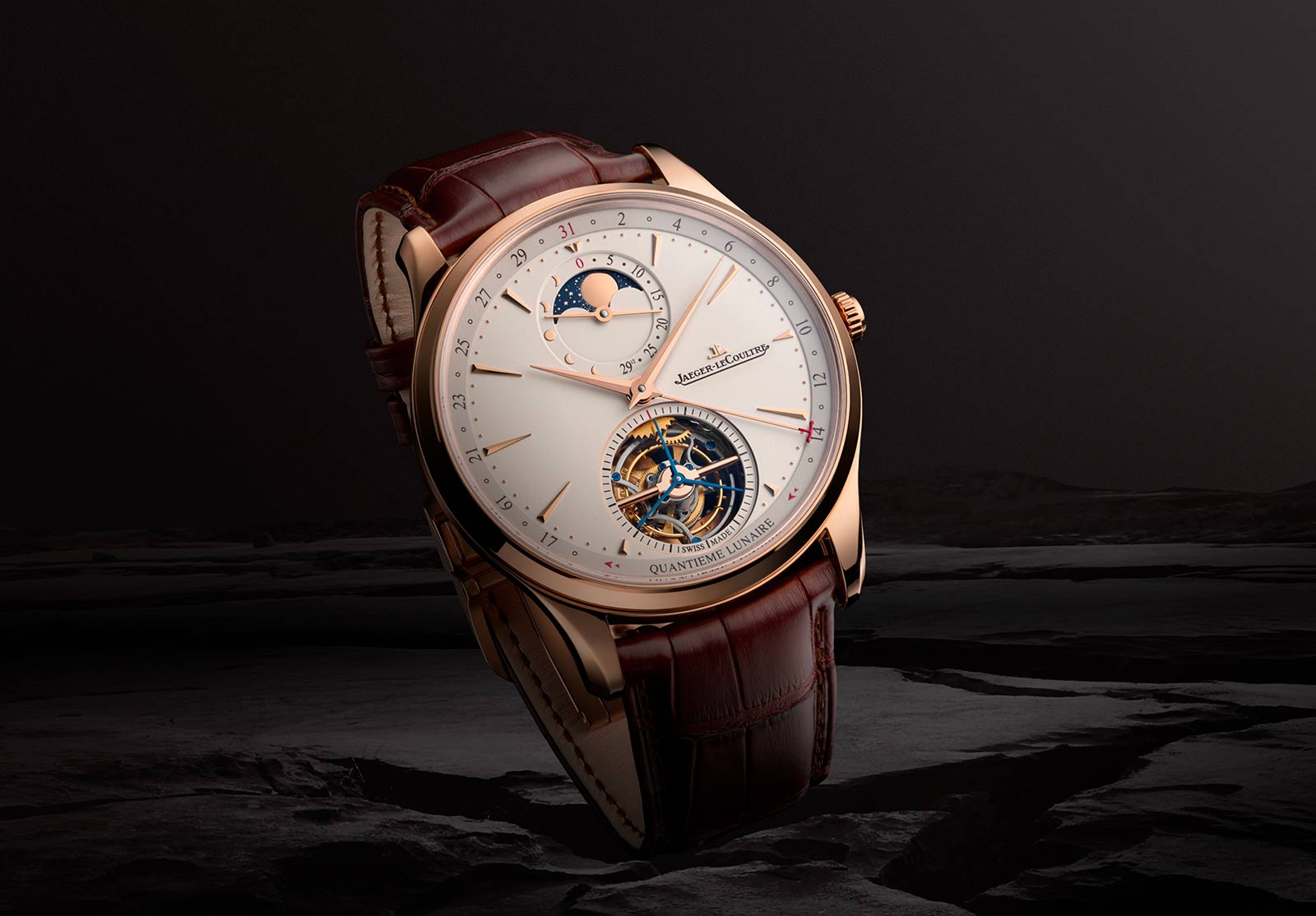 In terms of subtle engineering brilliance, I’d say this up there with A. Lange & Söhne’s Richard Lange Tourbillon “Pour Le Mérite”, which has some excellent features such as a stop-seconds function when the crown is pulled out and the section of the dial that appears and disappears as needed to show off the tourbillon in its entirety. I don’t know if the Jaeger-LeCoultre is right on that level horologically, but it has some unique tricks up its sleeve as well that demonstrate the people designing it cared about what they were making, which is more than can be said for the brands making those $1000 tourbillon watches..