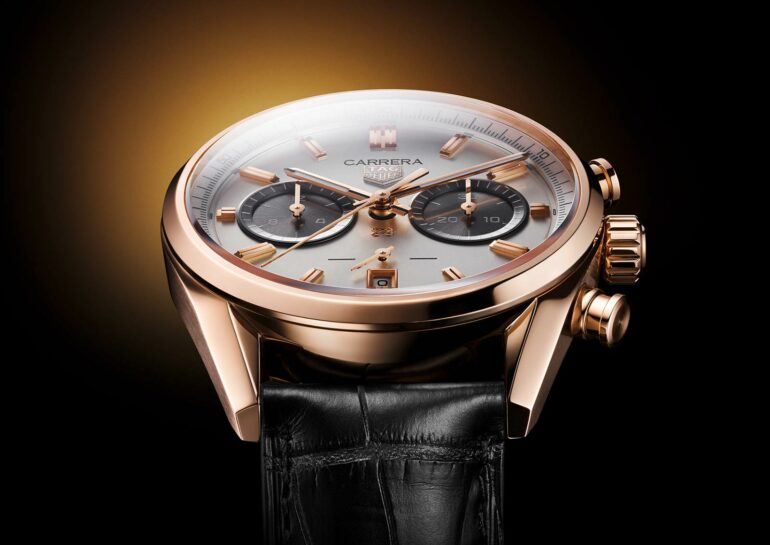 On Thursday the 19th of November, Jack Heuer turned 88. Oh, who is Jack Heuer? He’s the great-grandson of Edouard Heuer, the man who founded what is now called TAG Heuer. Jack Heuer is known primarily for the Carrera, which was a project he spearheaded when in charge of the company. Today, the Carrera is a mainstay of the brand, and it’s TAG Heuer’s round-cased sports watch with a myriad of movements and colours. To celebrate Jack’s 88th birthday, TAG Heuer has released this limited edition version of the Carrera Chronograph. 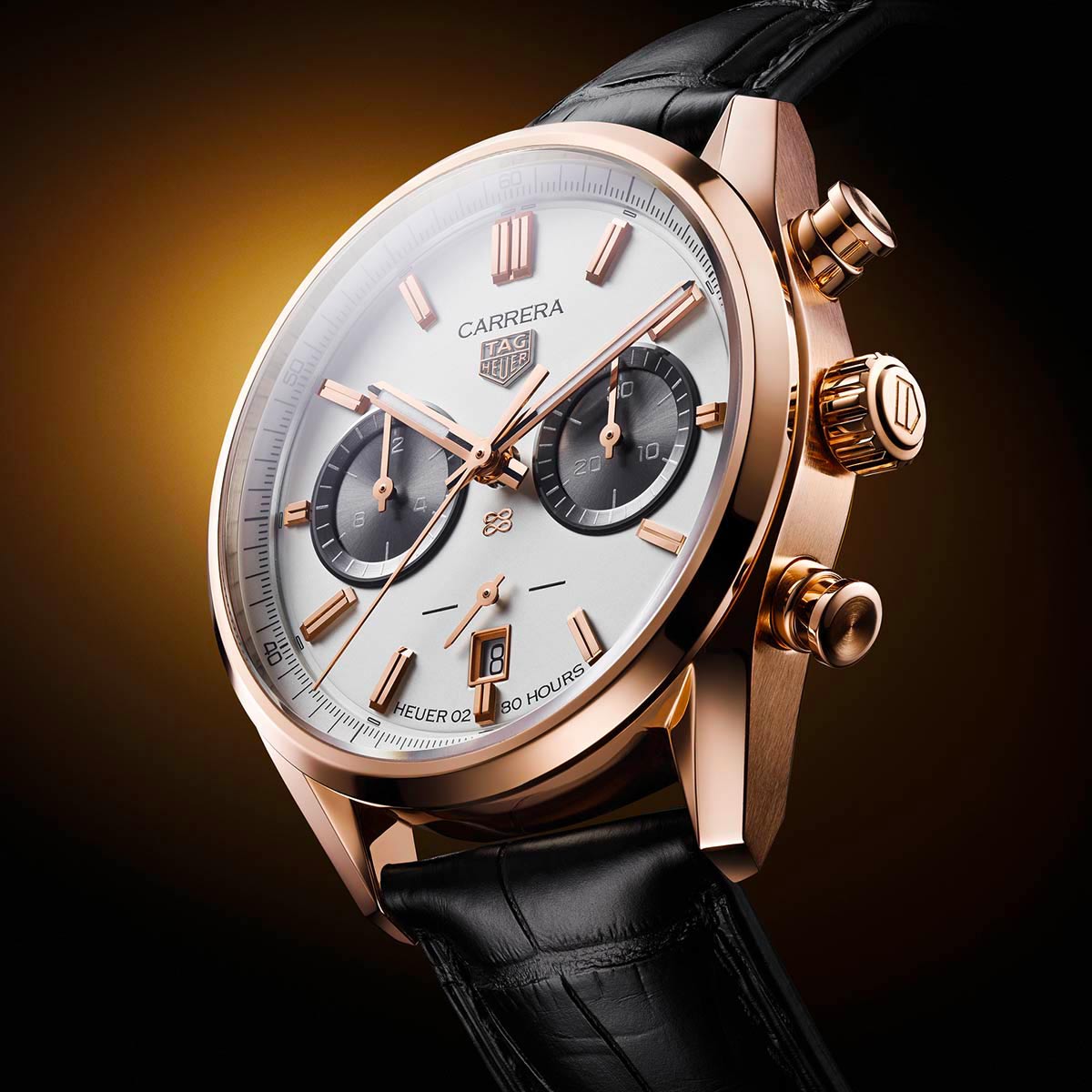 It’s been inspired mostly by Jack Heuer’s favourite Carrera model, the 1158CHN. Granted, it’s only “inspired by” the 1158CHN in its design. Whereas the 1158CHN has a gold case with a cushion shape and champagne dial, the new Carrera Jack Heuer Birthday limited edition has a more contemporary round case with a silvery dial. It keeps up the panda style with black subdials which have been changed slightly to make them more legible while keeping a similar style. There’s also a running seconds hand, and everything’s generally thicker than on the 1158CHN. 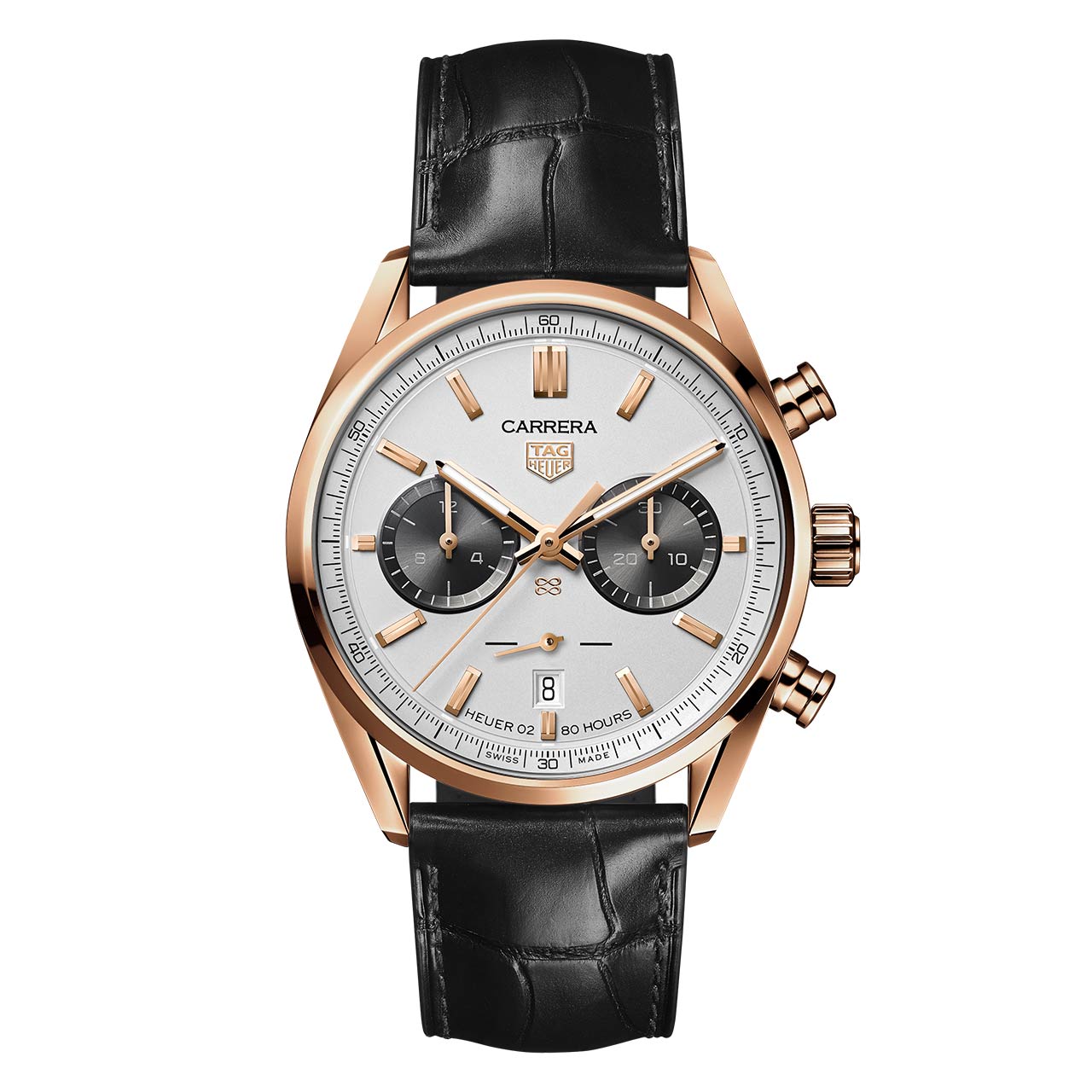 The watch is presented with a 42mm case that’s water-resistant to 100m and made of 18k rose gold. I like how it looks overall, although one could argue it’s a little more generic than the 1158CHN. As well as having a round case, the crown for the movement is on the same side as the chronograph pushers. That’s to accommodate for the movement inside it, which is the TAG Heuer calibre 02. 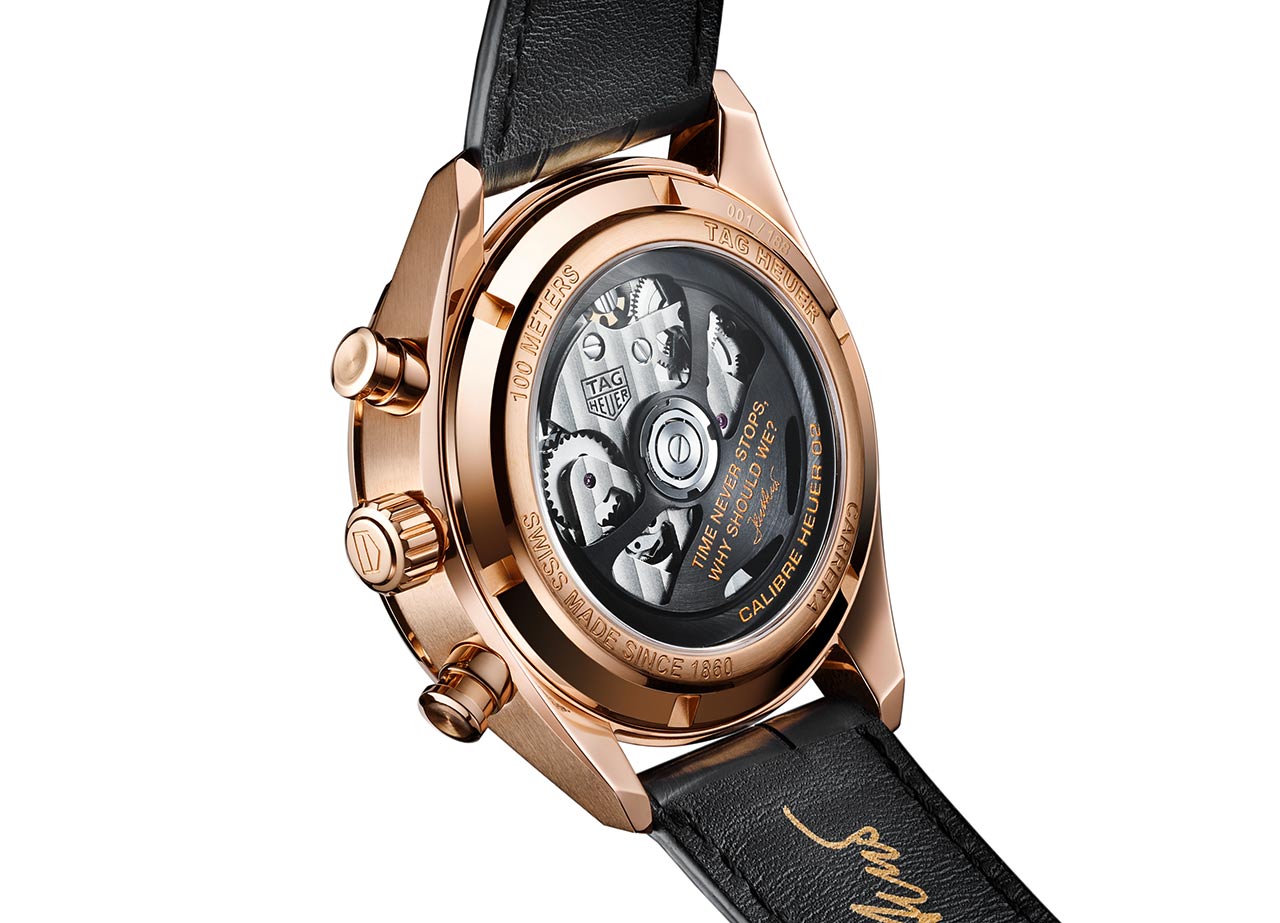 The Heuer 02 represented a new benchmark for TAG Heuer when it launched. It features the striping you’d expect from higher-end brands as well as a column wheel for the chronograph. It’s also got a 4Hz beat rate and a long power reserve of 80 hours. For this version, the blackened rotor has been customised. Instead of the usual design which looks quite like a wheel found on a sports car, this one has a plaque at the centre bearing the Jack Heuer quote “Time never stops, so why should we?” as well as a signature. As a tribute to Jack Heuer’s age and his infinite value to TAG Heuer’s history, a double infinity symbol has been added to the dial below the centre which looks like two 8s when viewed from the side. 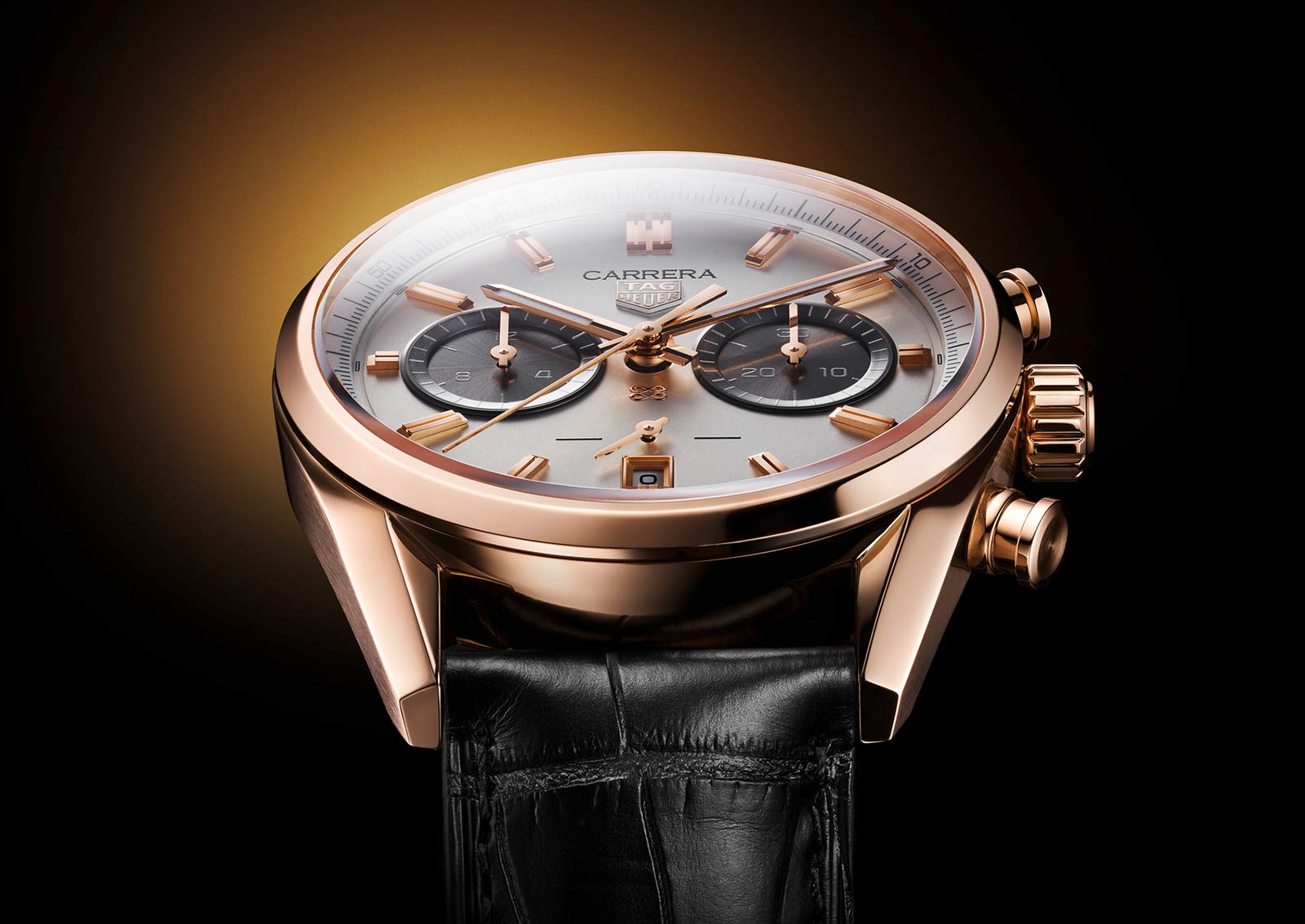 This limited edition features the reference CBN2041.FC8306 and is available to pre-order now with delivery expected to be March 2021. It’ll cost you CHF18,000.