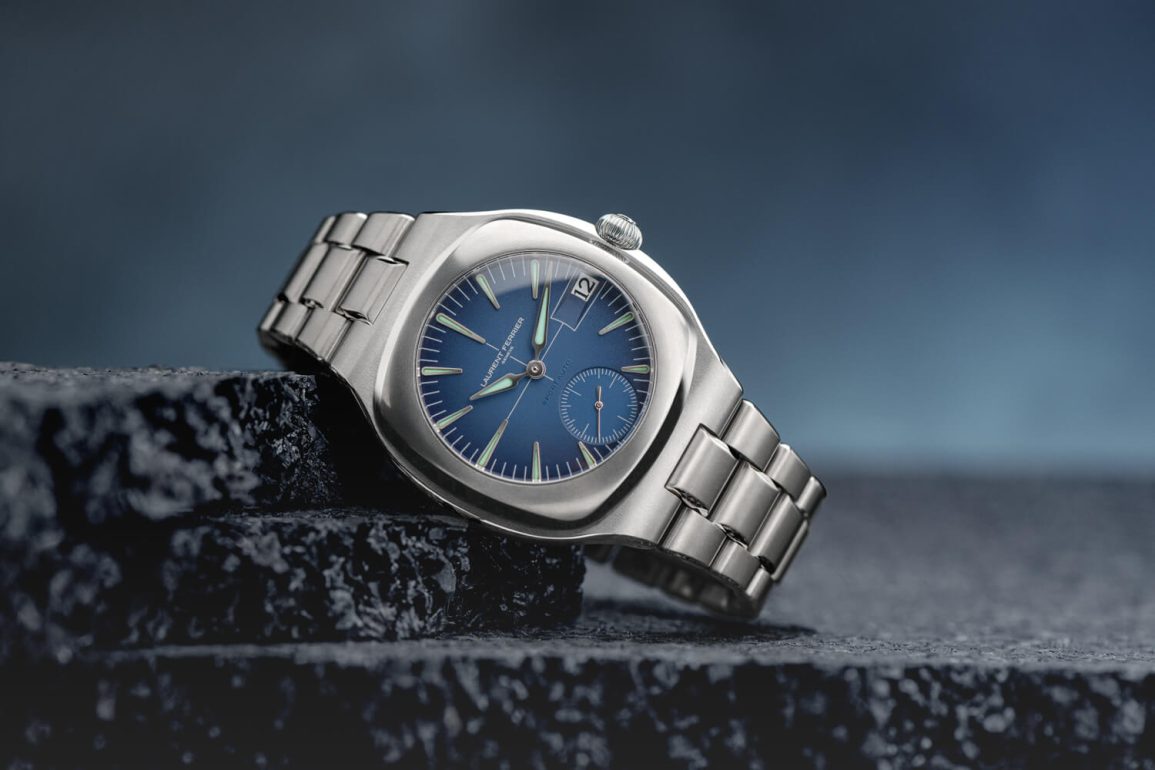 Laurent Ferrier is one of the highest level indie watchmakers around. Seeing a new one is rare, and seeing one in the wild is rarer still. However, today, we’re able to bring you coverage of a brand new addition to the collection, the Sport Auto. Back in the day, Laurent Ferrier was an endurance racing driver alongside his friend François Servanin, competing in races including the most prestigious of them all: the 24 Hours of Le Mans. It’s a little known fact that he was actually in some of the same races as Paul Newman. 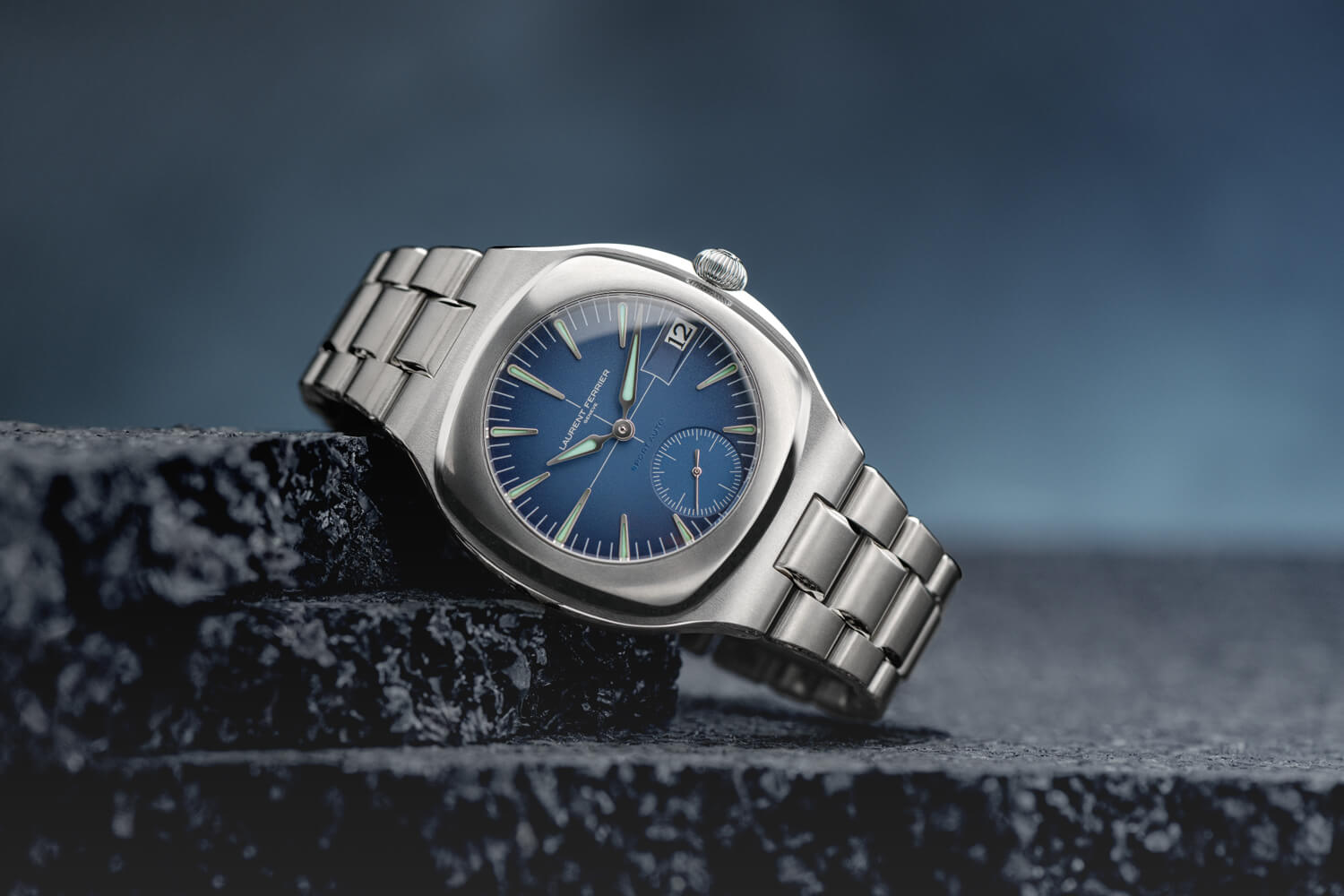 “Let’s go back to 9 June 1979, on the Sarthe circuit, at Le Mans. François and I were about to start the iconic 24 Hours of Le Mans race. Although we had participated in this race together for a number of years, tension was still running high. We started 20th on the starting line. We were among the top of Group 5, thanks to my qualifying time of 3:55.080. It was 2 p.m.: the race was about to start. François took the decisive start, determined to impose our Porsche 935 Turbo in the standings. 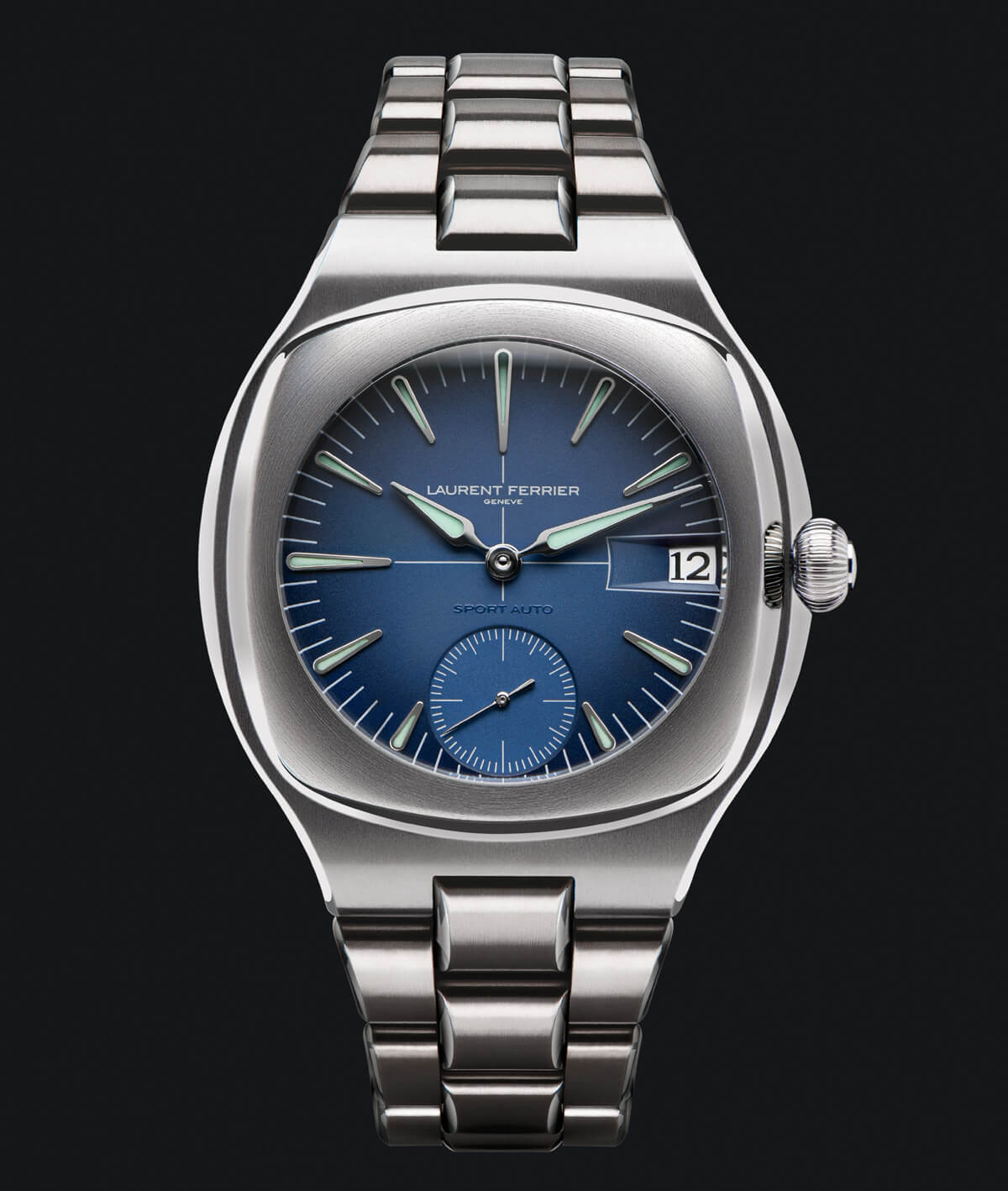 After 24 hours of racing, 292 laps, 3,988.254 kilometres covered, a top speed of 312 km/h in the Mulsane (sic) straight, a rainy night but a dazzling sunrise, stress at its peak, 24 pit stops for various supplies, repairs and changes of driver, it was 10 June 1979, at 3 p.m. and François Trisconi, our teammate, finally made it across the finish line. We were 3rd overall, just behind a certain Paul Newman. A remarkable achievement for three amateur drivers like us! “

Ferrier’s gift of a Patek Philippe Nautilus to Servanin back then started the Maison Laurent Ferrier (although it wasn’t immediate), as Servanin challenged Ferrier to make a watch. It’s probably also the watch that inspired Laurent Ferrier to create the Tourbillon Grand Sport in 2019, the pricey precursor to the Auto Sport.

While the Auto Sport does not have the tourbillon movement of the Tourbillon Grand Sport, it does retain the case shape. A throwback to when things were brown, TVs were tiny and being important meant your dad drove a GXL model Ford Cortina. The lines of the Auto Sport are pleasingly squared but in all the right places. The centre of the case curves outwards, true, but the bezel which holds the sapphire crystal in place has that bulbous square design reminiscent of Panerai’s cushion-shaped watches. There’s also an onion-style crown that stands out. Not sure why that shape, in particular, was used, but it does fit with the roundedness of this watch. The case measures 41.5mm x 12.7mm and is made from grade 5 titanium. 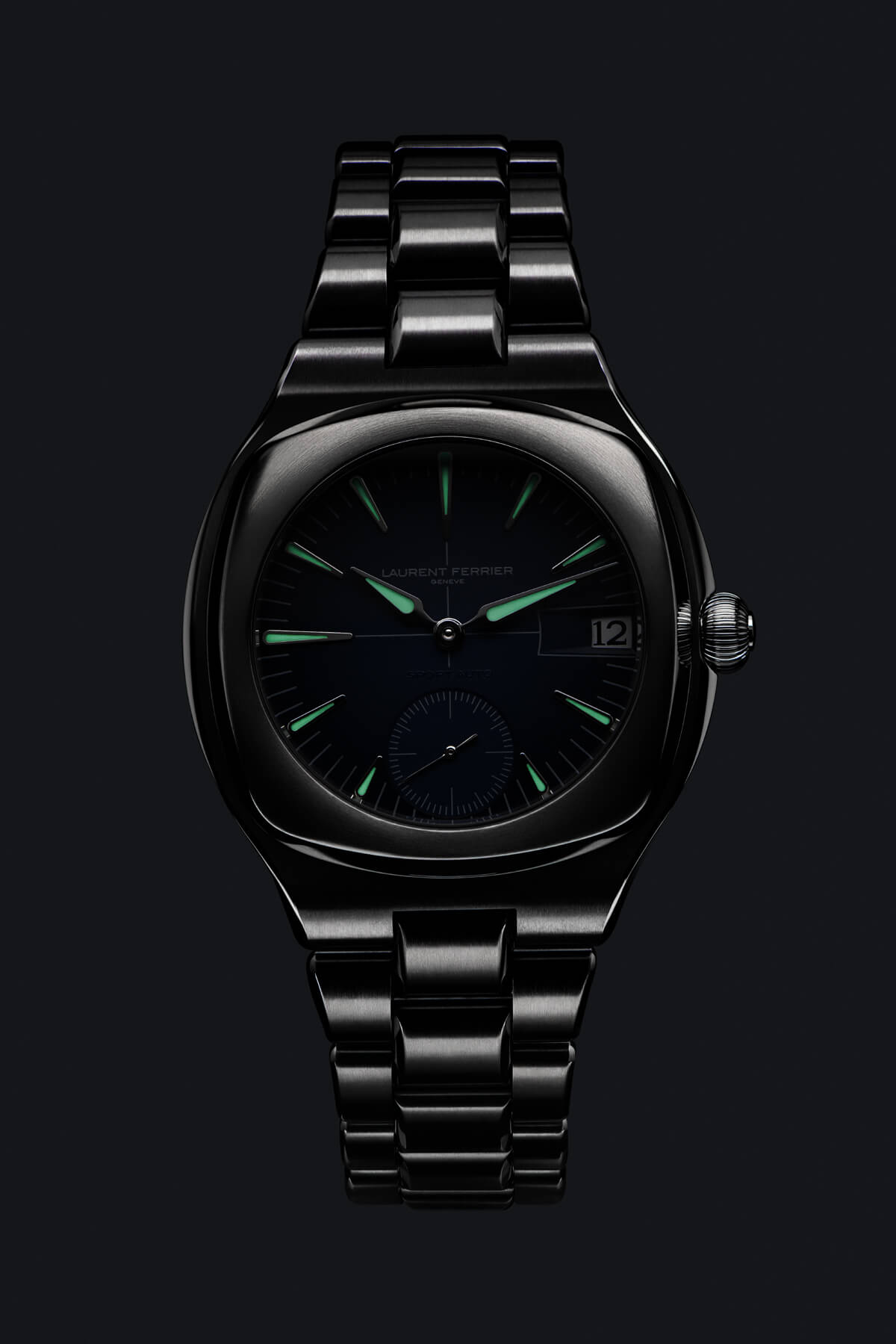 The dial is pleasingly simple, too, with chunky lance-shaped hands and applied SuperLumiNova, there’s not much going on, but the details that are there are more than enough to keep your interest. I like how the cutout of the date window fades into it, and the white backdrop does seem to make it easily readable (I haven’t had a hands-on yet, so I can’t guarantee that). A small seconds dial is also on hand to class the place up, and I like that the name is written on the dial, but in blue, so it’s not too crowded or shouty about itself. 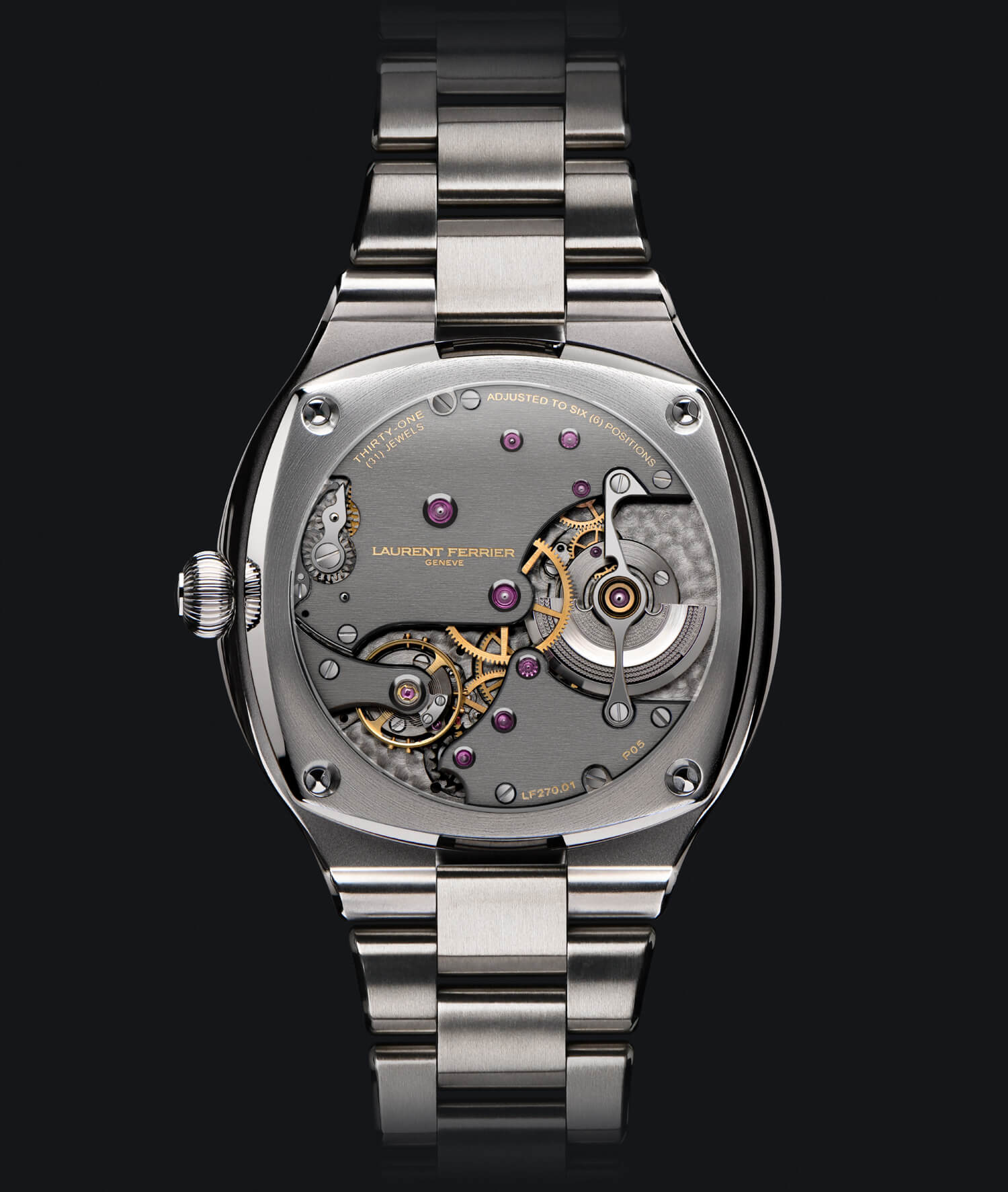 Visible through a sapphire caseback is the self-winding calibre LF270.01. It has a power reserve of 72-hours and a 4Hz beat rate. Good, that’s the boring stuff done, now let’s all appreciate the look of it for a moment. It’s made up of 215 components, and Laurent Ferrier says that 139 manual finishing operations went into it. As you can see, the work paid off. Beautifully clean bevels, dead straight stripes and mirror polishing over the hand-engraved micro-rotor give this movement a level of finish that makes the so-called “holy trinity” look like it’s their first day. I really hope to see this in person sometime, and I hope I have my camera and macro lens with me that day! 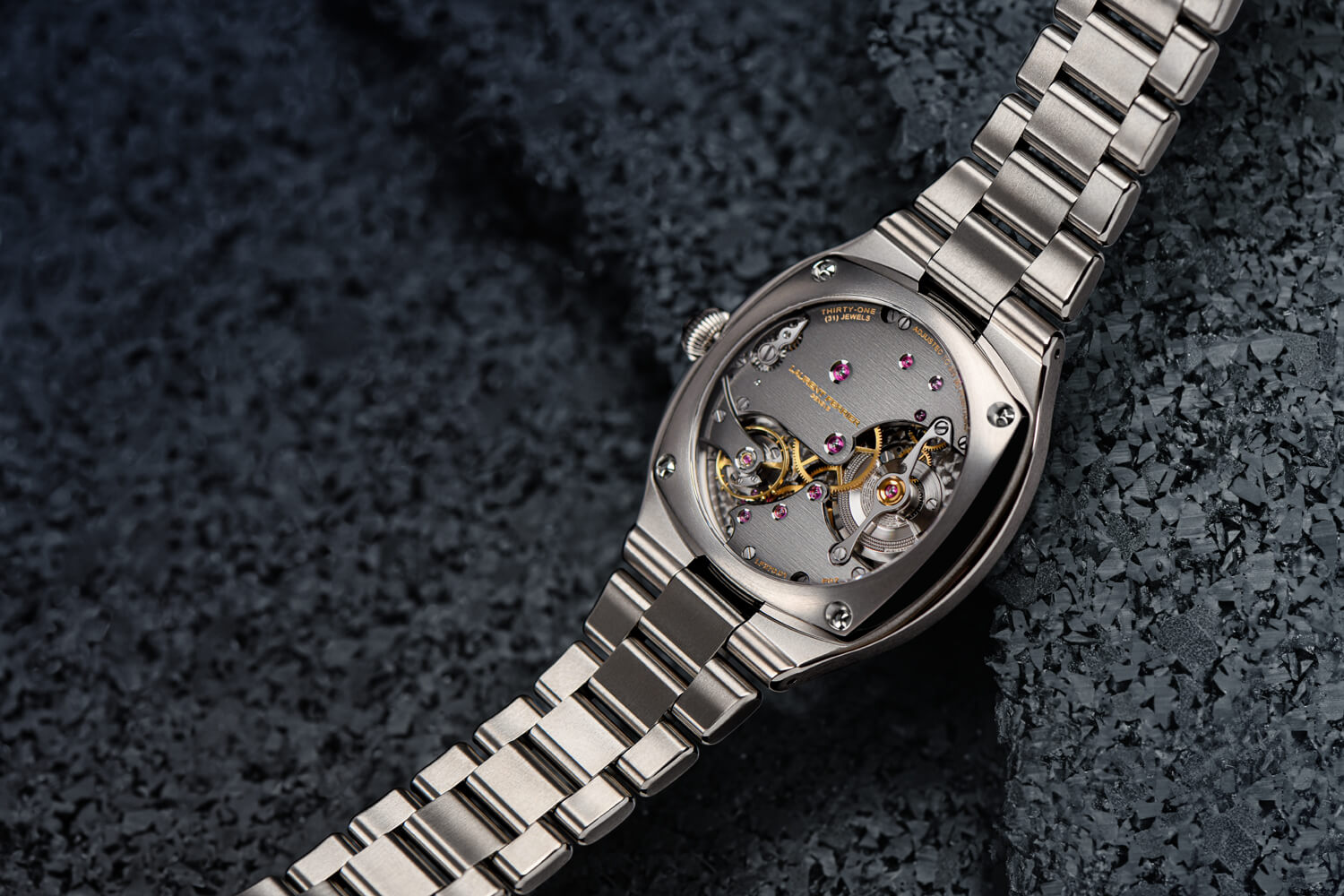 There’s been no word on availability yet, but expect it to be super low. That doesn’t mean we can’t appreciate the new Auto Sport for what it is: a jewel in the crown of the integrated-bracelet sports watch market, even if it is titanium instead of stainless steel. The price is CHF46,000 before tax.