Innovation is what we do here on WristReview. Looking forwards, diagonally, sideways and even behind us to make sure we don’t miss anything, so we’re surely not going to skip this. While the Space Pirate may not necessarily re-invent the tourbillon, it does re-tell the story of how time should be displayed. 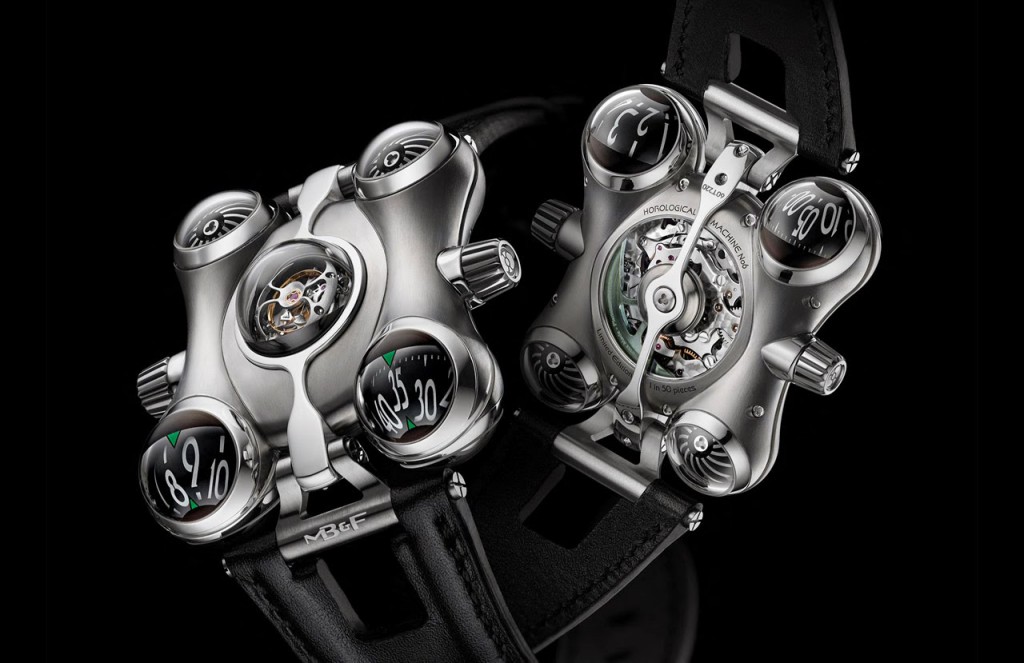 The HM6 Space Pirate takes inspiration from Japanese cartoons, known as anime, Japanimation or just those cartoons with massive eyes tiny mouths and angular heads. I don’t understand them either but I do know that some of that super happy fun fun sauce made it’s way to Switzerland and into this watch. I wouldn’t try taking the watch apart to find it, mind you. 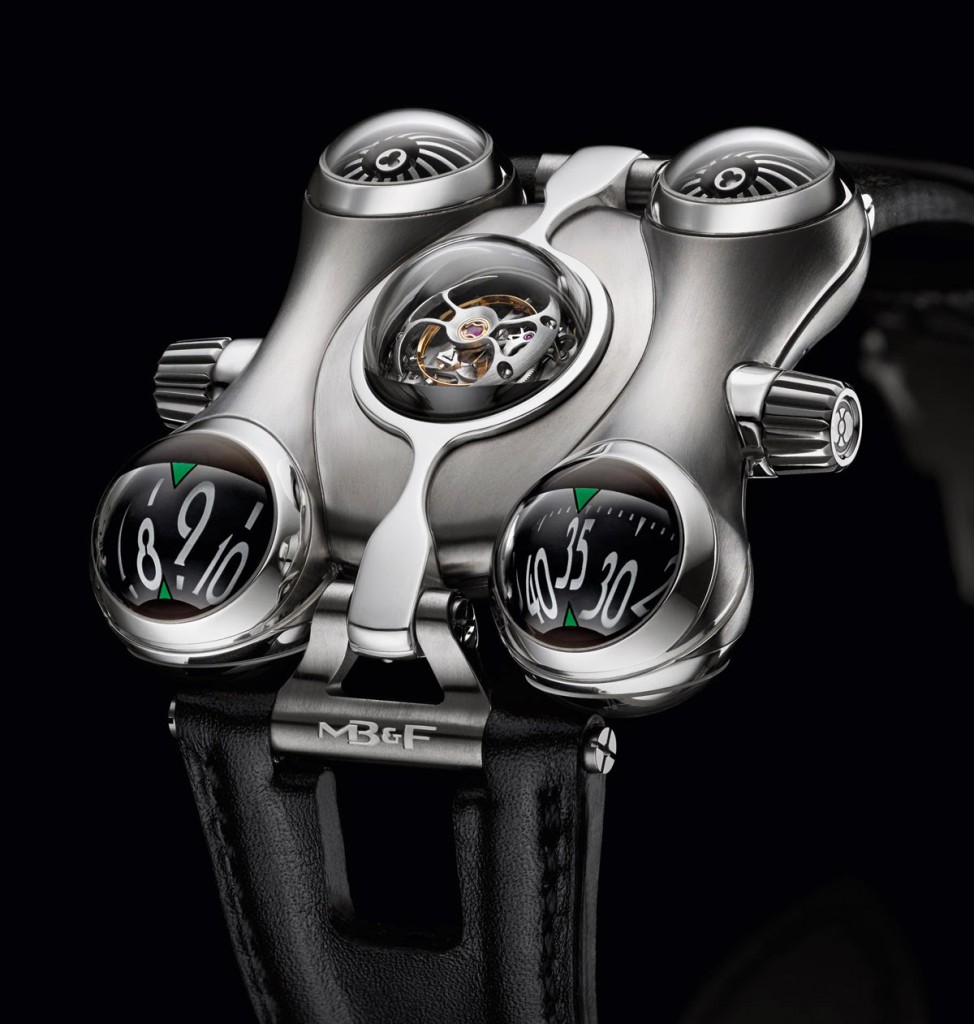 If we look at the watch we can see that it’s split up into 5 different bubbles or domes. The two at the bottom display the time, the dome on the left showing hours and on the right minutes. In the central dome is a flying tourbillon and it’s been decorated to look like it’s been clamped down at the top and bottom of the watch. Then there’s the twin turbines at the top. They don’t really serve a purpose other than decoration but they’re cool all the same. They’re connected to the special movement inside the watch which means they’ll spin when the automatic rotor does. 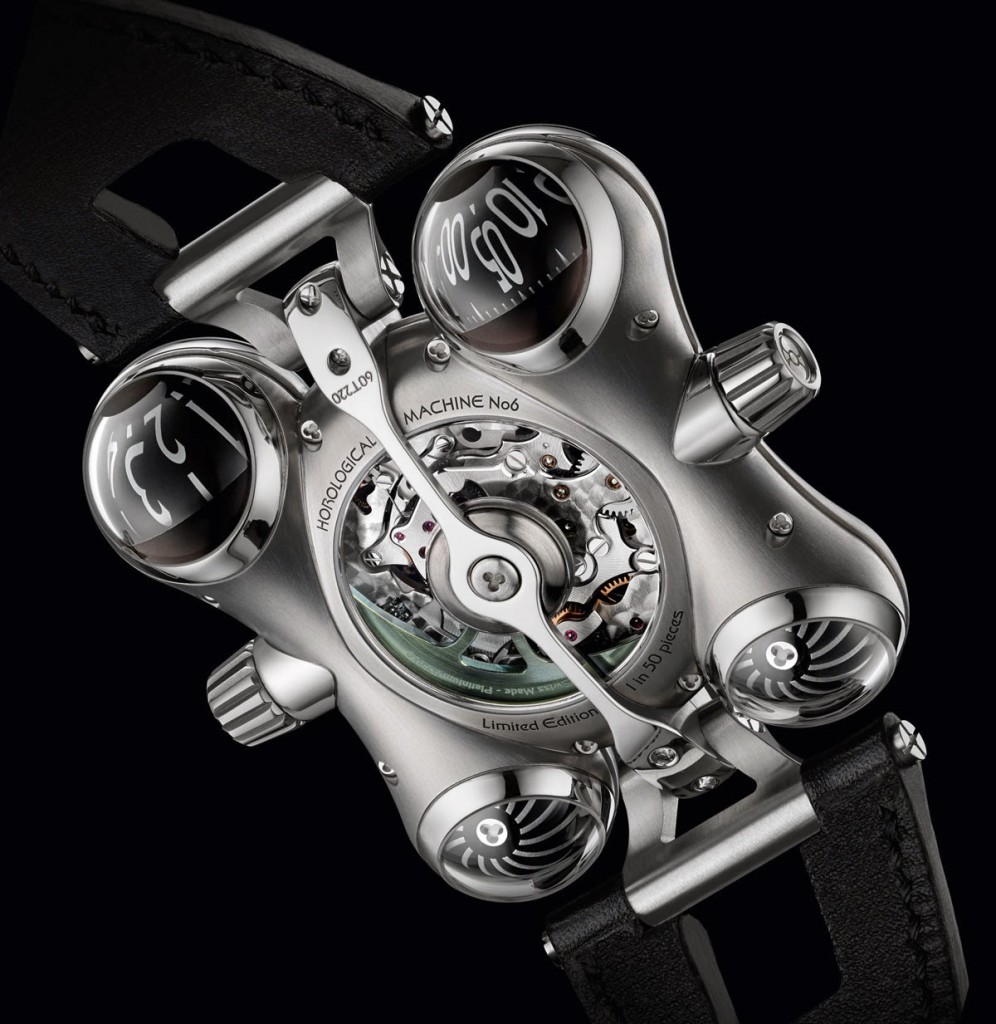 Speaking of which, you can find it on the back of this odd shaped watch. Beneath the window sits the classically MB&F style automatic rotor. As I said in the Carbonmacrolon article, which you can read here, it’s actual effectiveness as an automatic rotor is questionable as the rotor is supposed to be unbalanced so it’ll wind, but this appears to be balanced. Anyway, it’s pretty but if you really wanted it but don’t have the cash for an MB&F then the Swatch Sistem51 while not as exquisite also has it’s own uniquely styled rotor. 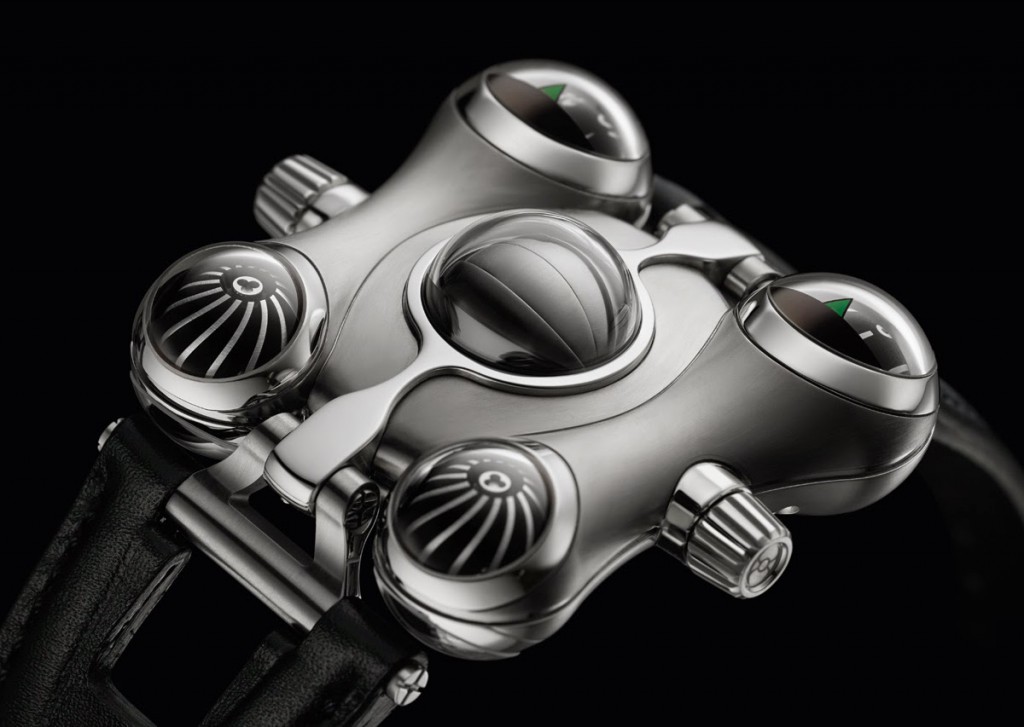 There’s the standard crown that is used to adjust the time but then there’s the crown on the other side. Already there’s that feeling that MB&F has done something nutty with this watch, as with the Legacy Machines where parts of the movement are displayed floating above the dial. Yeah that craziness has pretty much returned with the Space Pirate. Going with that space base style theme the tourbillon has it’s own solar storm shields. To raise the shields, turn the other crown until you see the shields appear, then you can live in the safe knowledge that the tourbillon isn’t going to be vaporised by solar storms. Or something like that anyway, but it could come in handy if you’re walking around in the rougher end of Bond Street, where the Rolexes and Cartiers prowl.

So the MB&F HM6 Space Pirate. The designer watch with a silly name and a predictably massive price tag. Actually, that’s only an assumption because we actually weren’t told. It’s ok though because this piece is so limited in production anyway.  Who cares about MB&F’s design inspiration anyway? This watch would entice the kind of rich person who has fun and does silly things for the entertainment of others and themselves. For more info, please visit mbandf.com