Horological art at its very best. 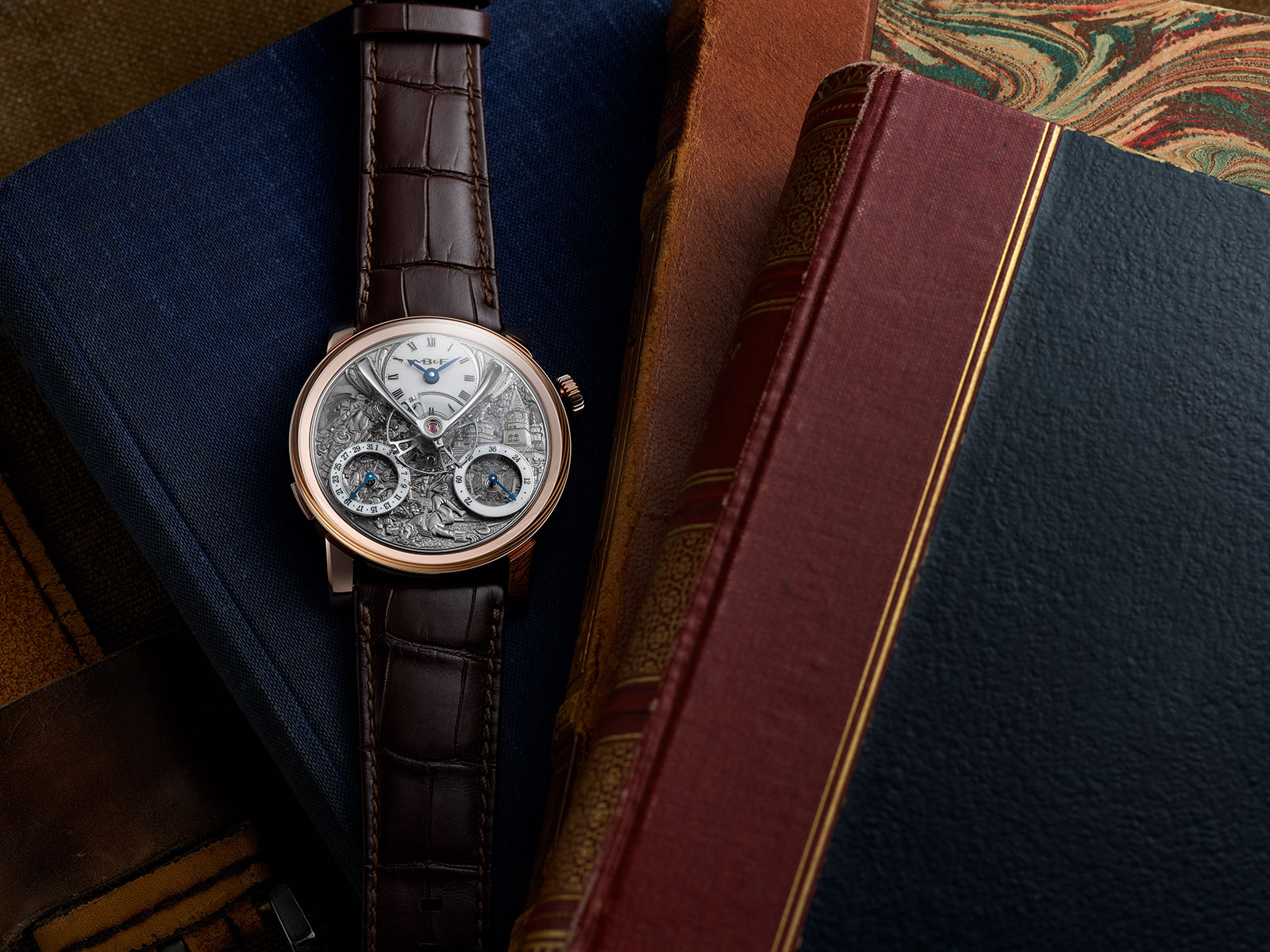 MB&F is a brand that specializes in creating Haute Horlogerie products that showcase an exquisite blend of art and horology. The latest masterpiece from the house of MB&F is the LM Split Escapement ‘Eddy Jaquet’ Limited edition: a series of eight unique watches. Created in collaboration with master engraver Eddy Jaquet, these new watches capture the essence of the eight famous books from French novelist Jules Verne. 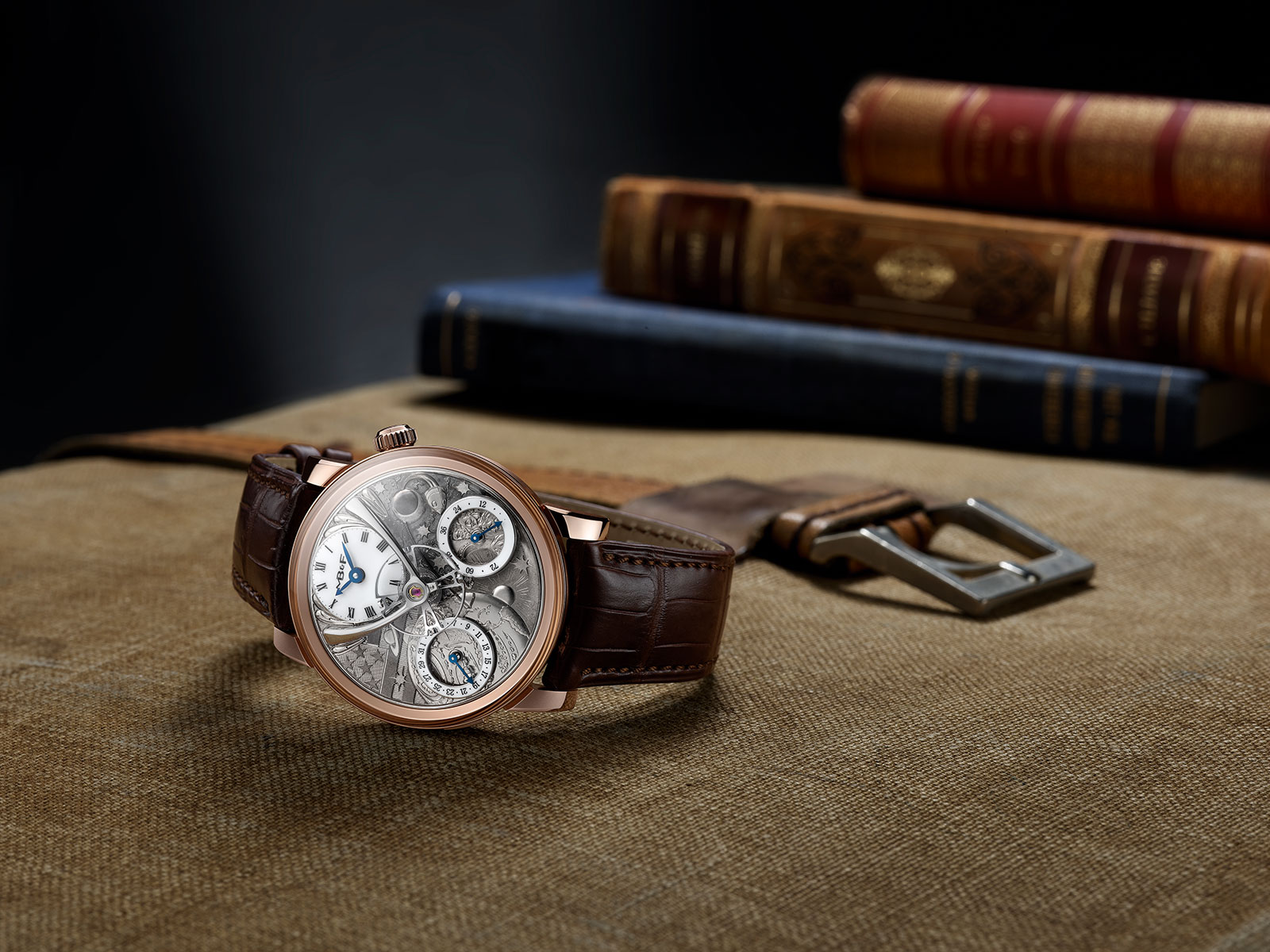 One good look at the expressive dials of the LM Split Escapement ‘Eddy Jaquet’ Watches is all it takes to gauge that there is a master artisan at work here. Born in 1975, in a small village on the outskirts of Neufchâtel, Eddy has been practicing the art of engraving dials uninterrupted since 1987. The inspiration behind the dials of these eight unique watches are eight stories from prolific French writer Jules Verne: Twenty Thousand Leagues Under the Sea, From the Earth to The Moon, Around the World in Eighty Days, Five Weeks in A Balloon, The Adventures of Captain Hatteras, Journey to The Centre Of the Earth, Michael Strogoff and Robur The Conqueror. 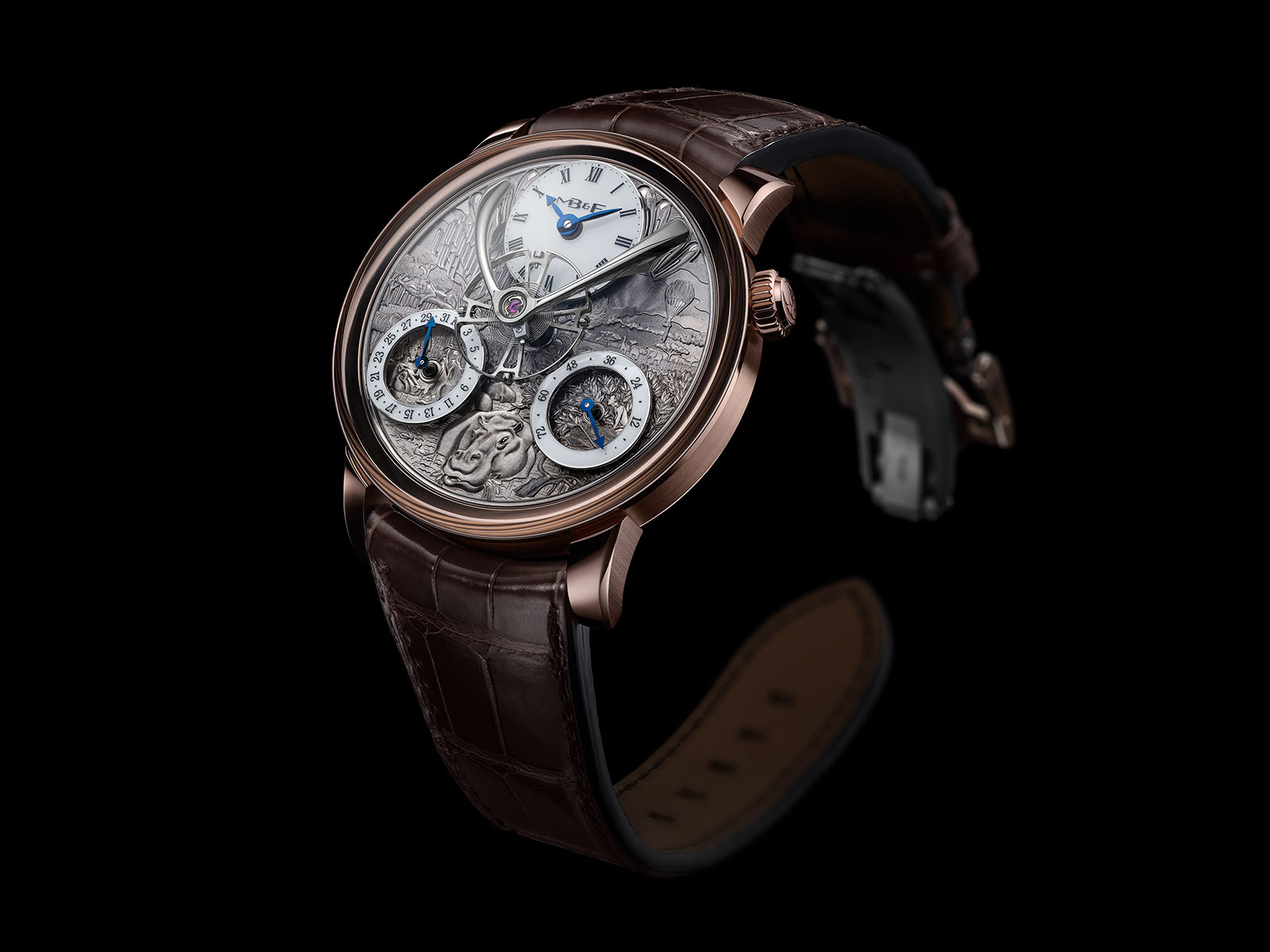 To create these dials, Eddy went through every novel thoroughly, following which he hand-engraved important scenes from each story using a full range of engraving techniques which includes carefully applying a dark rhodium alloy by hand to adjust the shading of each detail according to the scene. One of the challenges that Eddy faced was the varying thickness of the dial. While in some instances the thickness of 1.15mm provided Eddy the opportunity to engrave play with depth, in other instances the limiting depth of .35mm made him work with a lighter hand to maintain the aesthetic cohesiveness. 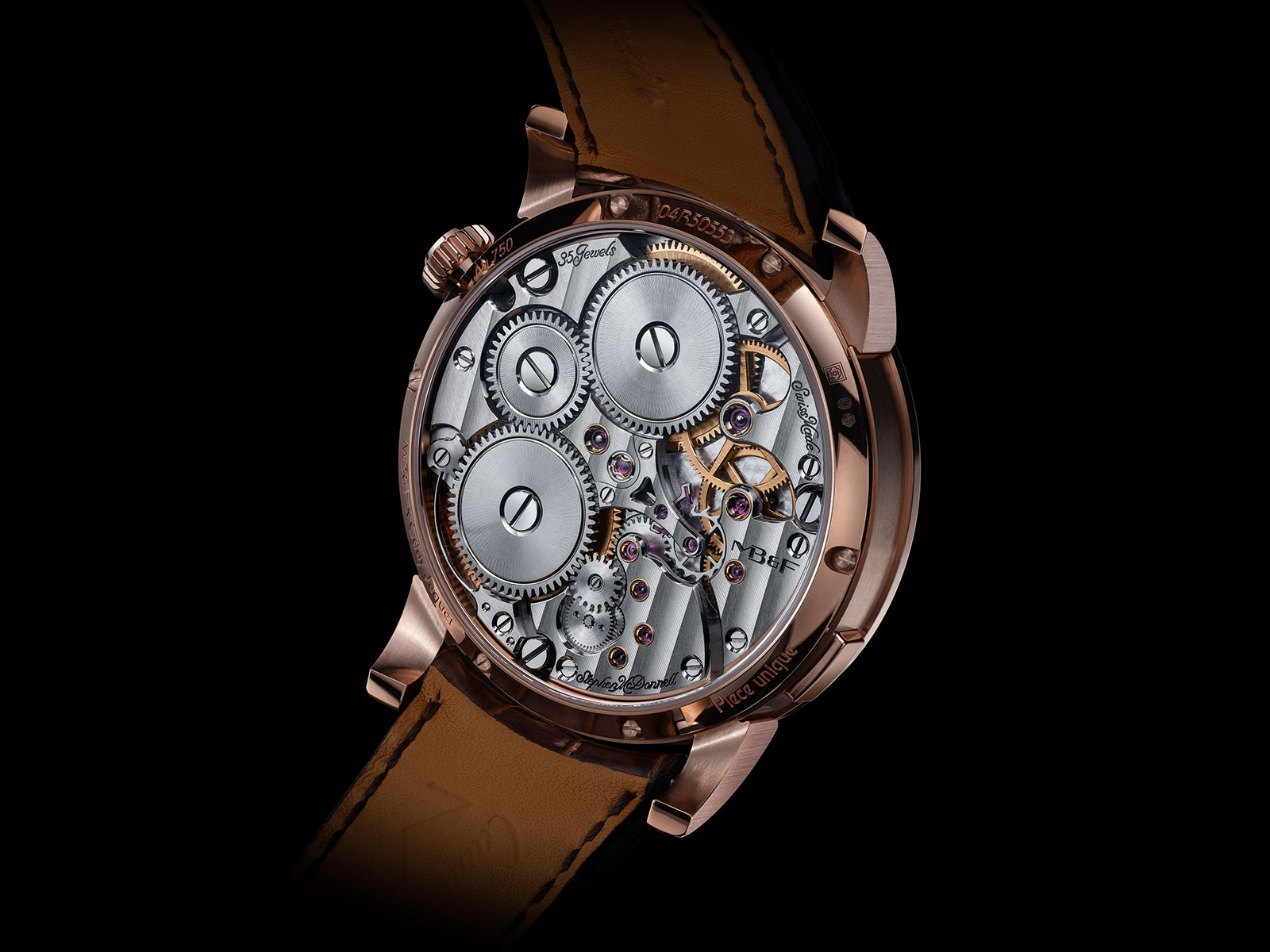 Placed above these breathtaking visuals is the familiar yet equally stunning triple-dial LM Split Escapement layout. Positioned at 12 is a white lacquered dial that can tell the time using a combination of Roman numerals and those beautiful blued hands. At the 4’O clock and 8’O clock, positions are the power reserve and date dials that have been hollowed out on this instance for the wearer to enjoy Eddy’s work. And finally suspended in the air, in the middle of all this action is the balance wheel of the movement, which seems to oscillate without any visible intake of energy. The remaining parts of the hand-wound movement can be viewed through the sapphire crystal case back by flipping the watch over. Like the dial, the hand-wound movement has also been beautifully hand-finished and features Geneva stripes, polished bevels, and hand-made engravings. The movement operates at a frequency of 2.5 Hz and offers a power reserve of 72 hours.

The new MB&F LM Split Escapement ‘Eddy Jaquet’ watches come with a 44.5mm 18k red gold case which is attached to a brown alligator strap. Each piece is priced at USD 162,000 and as per MB&F, all watches have already been sold.