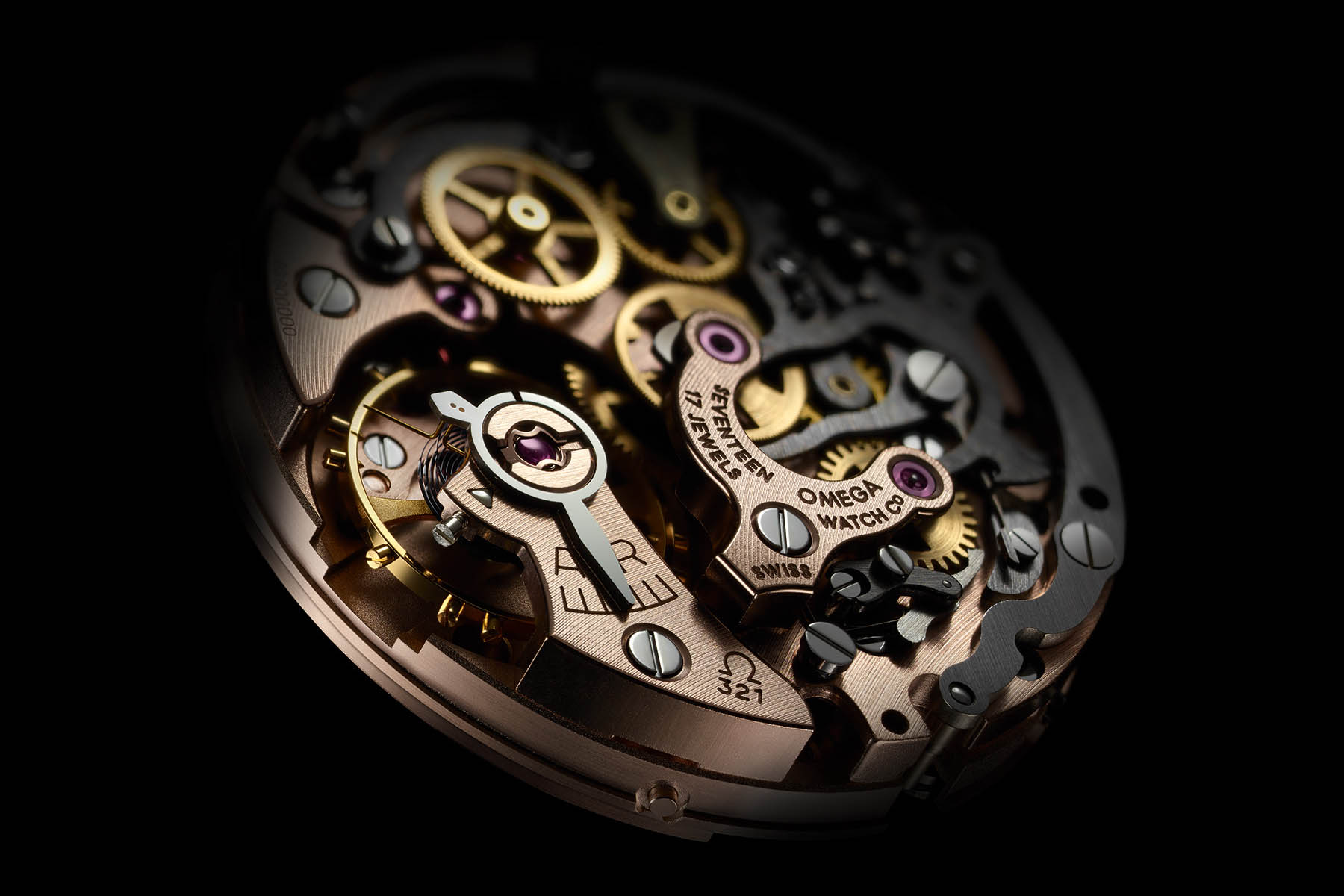 One of the most iconic watches of all time is undoubtedly the Omega Speedmaster watch, which as pretty much every single watch person on the planet knows, went to the moon. This year we will celebrate the 50th anniversary of the Apollo 11 mission which, in 1969, transported the first men to the Earth’s natural satellite the moon, and they were all wearing the Speedmaster. The 321 movement was the original movement that passed all of NASA’s tests inside the Speedmaster watch, which was given to the astronauts that went to the moon. Have you got that? It went to the moon. 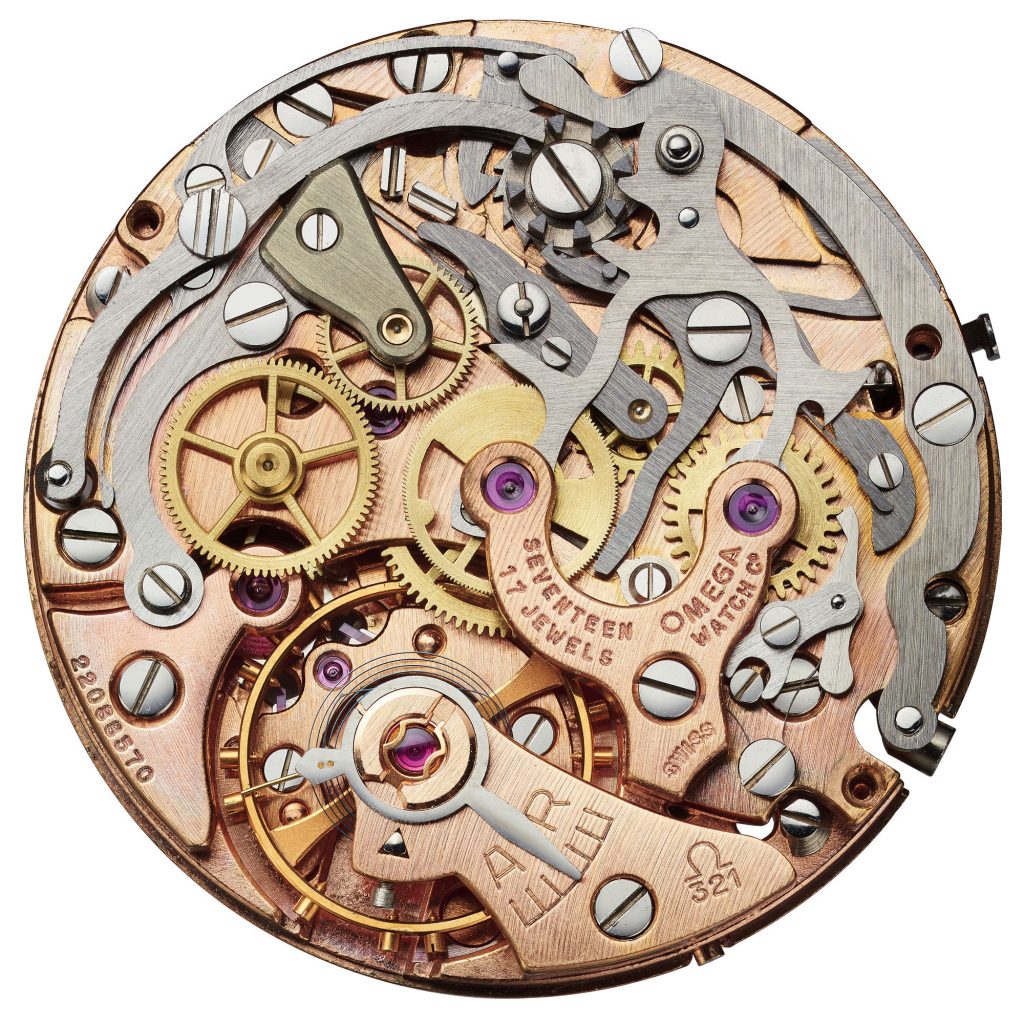 The thing is, though, is the reintroduction of this movement particularly relevant? If your take on modern horology is more focused on quantifiable statistics such as accuracy per day then the answer is, no. Omega already makes a fantastic movement with a column wheel chronograph, and an automatic winding system which can come with a moonphase should you want it and their Co-Axial escapement, it’s called the calibre 9300. Yet, everyone has gone up in arms about the 321 coming back.

The reason for this is simple: nostalgia. The old cliché “they don’t make ’em like they used to” comes straight to mind with this, yet Omega isn’t making it like they used to either. Watchmaking has moved on, though I have no specific information on how the movement was actually made, other than by a team of “researchers, developers and historians, as well as the finest craftsmen and experienced watchmakers”, when a 321 calibre watch is made the same watchmaker will oversee production of the entire piece, including cases and straps. Overall it took them two years to bring this movement back into production, using the codename Alaska 11 (Alaska was a codename used by Omega for its secretive projects for NASA back in the 60s and 70s). We can only presume that it took them this long because they had to find ways to integrate new oils and so forth into the workings of the movement, otherwise, why did it take two years to recreate something which they’ve made before? 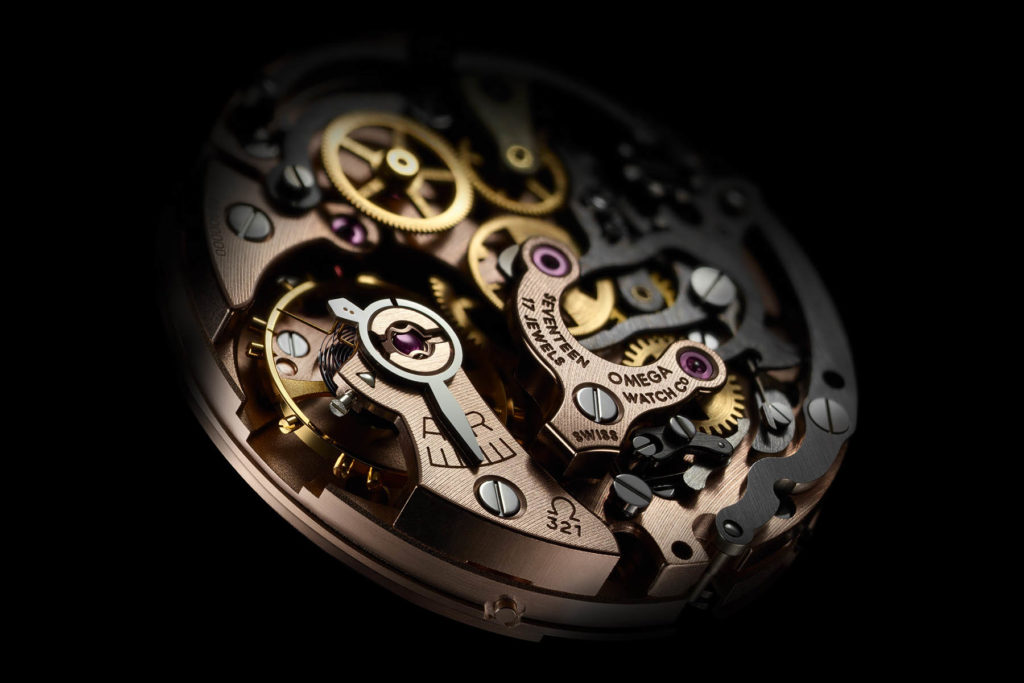 We hope that Omega uses this 321 in more than just the infamous amount of limited edition watches that it’s sure to bring out this year, even if there is limited but indefinite production of the watch. It’s bound to be more expensive, too, the 321 calibre has a column wheel system in it, unlike the 861, 1861 and 1866 moonphase variants that followed it which used cams. It could become a nice part of a ‘high-end Omega’ style sub-company which makes other complications as well, like L.U.Chopard is to Chopard. Omega has done high-end watches before, and their Deville Tourbillon is an excellent example of this.

I am quite excited by the prospect of the 321 and what Omega will do with it. I hope they keep it down to Earth with their marketing and expectations. We don’t need a load of yuppies to come and ruin the reputation of what is undoubtedly one of the most revered calibres of all time with their ideas of class and fake coffees. Omega needs to keep it real with this in order to make the relaunch a success, and they mustn’t forget that the original 321 was built to take on all kinds of sports before finding its way among the stars. Don’t let it be sucked into all the nonsense about being retro. Hopefully, in another 50 years, people will look back at all the accomplishments it achieved in today’s iteration as a mark of success for the brand and not as an inaccurate crash down memory lane. Don’t forget, most of the people who are likely to buy this watch were too young or hadn’t been born when man landed on the moon, let them make their own story with it. I do think that whatever the end watch looks like it could be cool to see it in a Bond watch, but that’s just me. Visit Omega here.