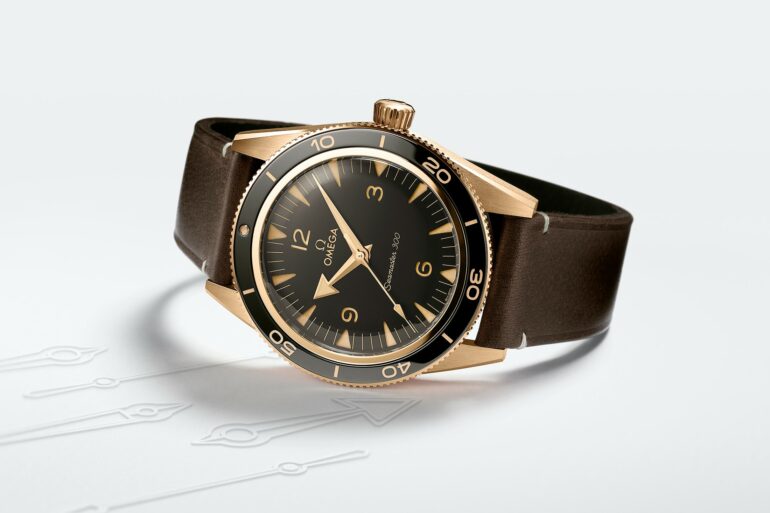 Omega updates one of its most understated Seamaster watches.

You remember that Omega used to make a watch called the Seamaster 300, and we all thought it was their James Bond diver? Well, the ‘Bond’ Seamaster is actually called the Seamaster Diver 300m; the OG Seamaster 300 was a handsome diving watch that got overshadowed by its bigger and meatier Seamaster brethren. But, in a world where people are more aware of the increasingly popular trend of mindlessly buying something expensive and flashing it on Instagram, more and more seek alternatives that have meaning. The Seamaster 300 is a viable alternative to Omega’s popular watches, and it’s just been updated.

At first glance, you’d be forgiven for thinking that Omega hasn’t changed anything, but it takes a keen eye and some side-by-side comparison photos to spot the differences, and there are quite a few. 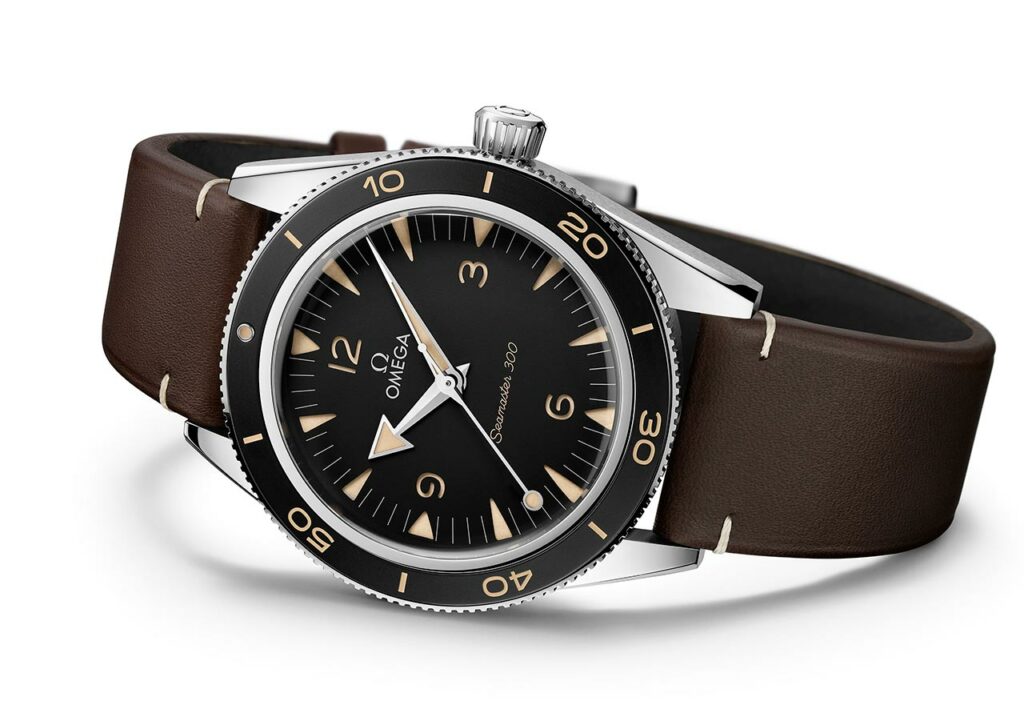 Let’s start with the most obvious. Omega likes to polish its dressier watches, and while this is still a Seamaster through and through, it’s definitely aimed at the less active side of diving (if there is such a thing). Omega’s changed the polishing around on the new watches, so now, if you have one on a bracelet, the outer parts of the links are polished, and the centre is brushed. They’ve also changed the shape of the lumed triangular markers very slightly, although you’d be forgiven for not noticing. What you will see is the lollipop seconds hand, a unique feature of the special edition ‘Spectre’ Seamaster 300, is now standard on the updated range. Omega has also removed the ‘Master Co-Axial Chronometer text in favour of a cleaner vintage-inspired cursive ‘Seamaster 300’. They’ve moved to a traditional ‘Sandwich’ construction for the dial, the same that Panerai uses on its watches. A layer of lume is applied to a plate, and then a dial with cutouts shaped like markers is placed on top resulting in more depth. 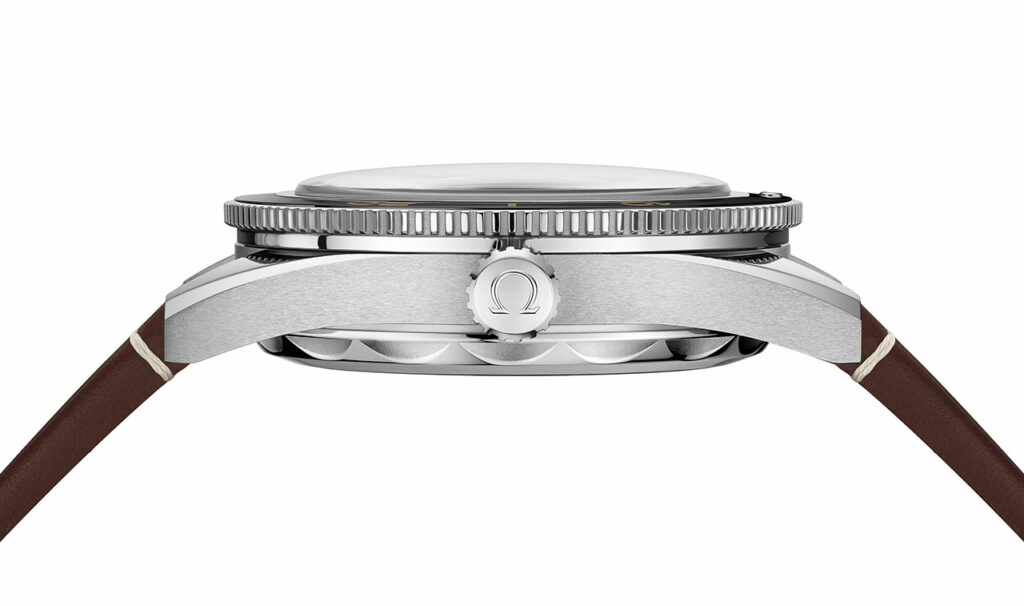 They’ve also changed the shape of the crown. I’m not sure why they did this as it looks a little weird given this watch is all about graceful curves and straight lines. Maybe it’s an easier shape to grip while wearing gloves. Omega hasn’t changed the width of the bezel, which is perfectly matched to the design. It’s made from aluminium that’s been treated for increased hardness, and the numbers now have lume in them too for a remarkable appearance. 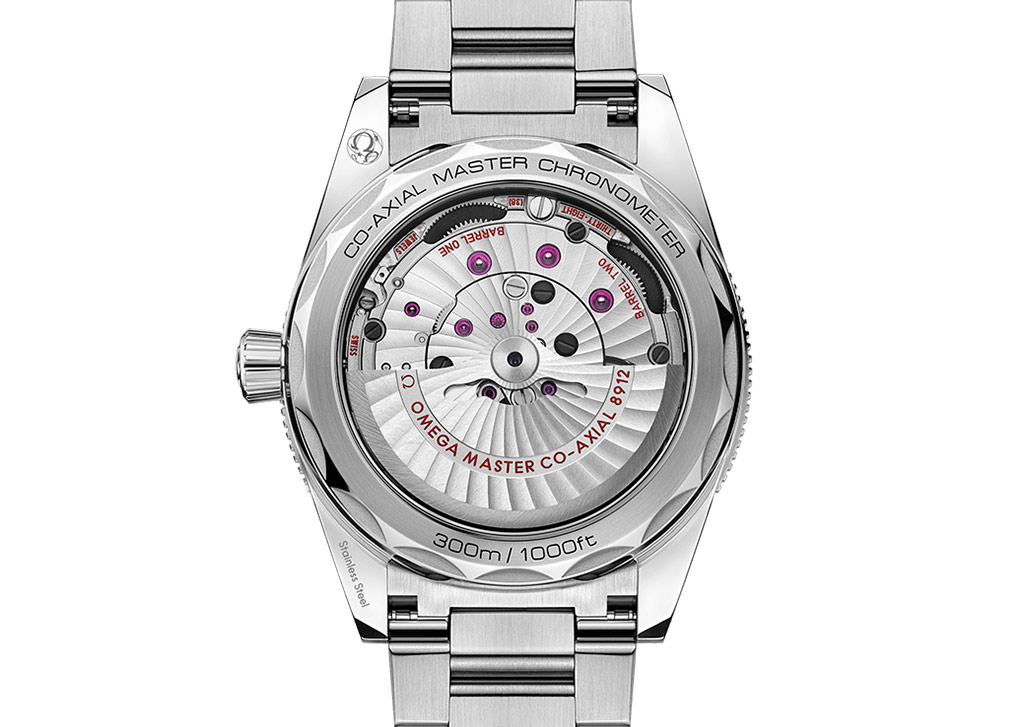 Inside the 41mm diameter case sits the calibre 8912, a no-date version of the METAS-certified calibre 8900. For a mass-producer of watches like Omega, it’s a pretty rare movement as its only uses thus far have been in the updated Seamaster PloProf and the Seamaster Planet Ocean Ultra Deep. It beats at 3.5Hz and has a 60-hour power reserve and a co-axial escapement. 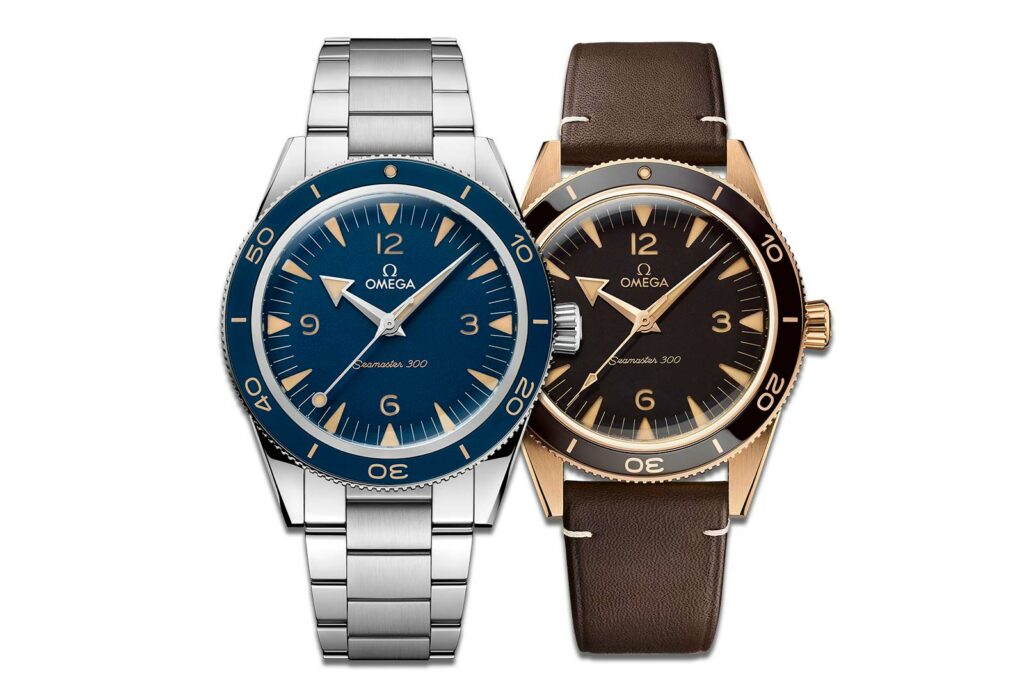 Omega is offering several variants of the new Seamaster 300. Either blue or black are available as choices for the dial and bezel colours (no mixing and matching, though) with a steel bracelet or leather strap choice. These are priced at €6500 and €6200 respectively. If you wanted to bling it up a bit, Omega also makes the Seamaster 300 in a new alloy called ‘Bronze Gold’. This patent-pending alloy mixes bronze with metals such as gold, silver, and palladium. It creates a soft pink hue without the same patination levels you get from a case that’s just bronze. The price for this watch (on leather strap only) is €11,500. All of these prices include VAT.