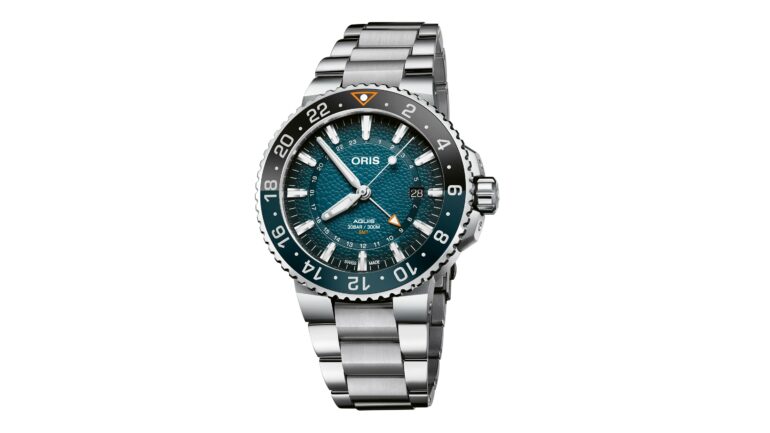 Another new Oris with a noble intent to preserve marine life.

Continuing with its efforts to preserve the ocean and sea waters, Swiss brand Oris has now launched the new Oris Whale Shark Limited Edition watch. This time around Oris is on a mission to save the biggest fish in the ocean, the whale sharks, which were declared as an endangered species by the International Union for Conservation of Nature (IUCN) in 2016. 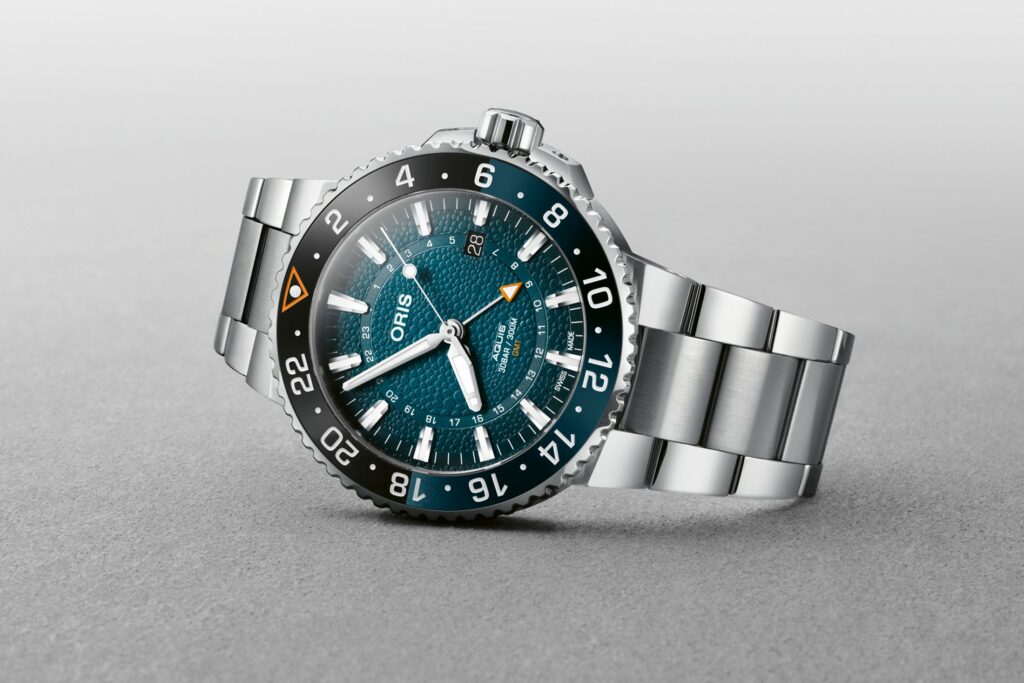 Like many previously released limited-edition Aquis watches, the Whale Shark limited edition also features a blue dial, however, this watch, in my opinion, has one of the most visually intriguing dials I have ever come across. Presented in a muted greenish-blue shade, the dial has been given a matt finish and features a distinctive dotted pattern that is inspired by the pale gray spots found on the body of a whale shark. The texture adds a ton of character to the dial, which is further accentuated by a gradient effect, that appears lighter at the center and darkens towards the outer periphery. The layout is similar to the one found on the Aquis GMT.  Deeply filled luminous hour markers form the hour index, the minute track constitutes white printed has marks, a circular chapter ring on the inside features a 24- hour scale to track an additional time zone, and finally, there is a date window at the 3 o’clock position. The dial has also been given a nice pop of color through the Orange-tipped GMT hand and the GMT text above 6. 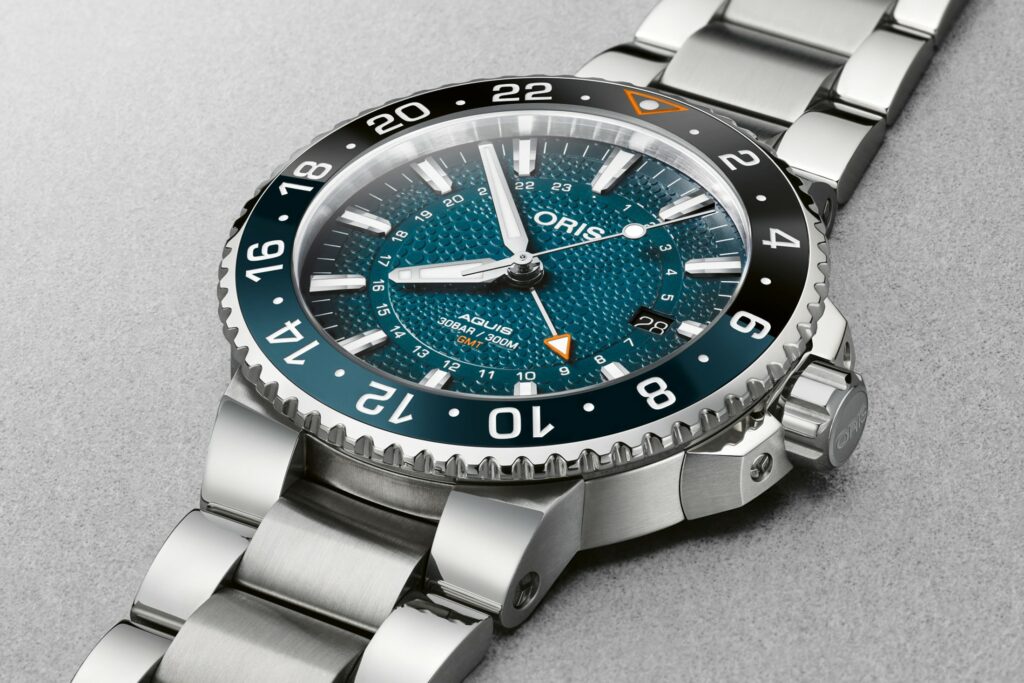 Measuring 43mm in diameter, the kettle-shaped case is milled from 316 L stainless steel. While on the larger side, the chunky lungs do not extend too far from the case, creating a wearable lug to lug distance of around 50mm. Present on top of the case is a bi-directional bezel with a black and blue ceramic insert. Once again, like the dial, you get a 24-hour scale engraved on the bezel that can be used to track the third time-zone. The case is water-resistant to a healthy 300 meters, which is ensured using the threaded crown at 3. 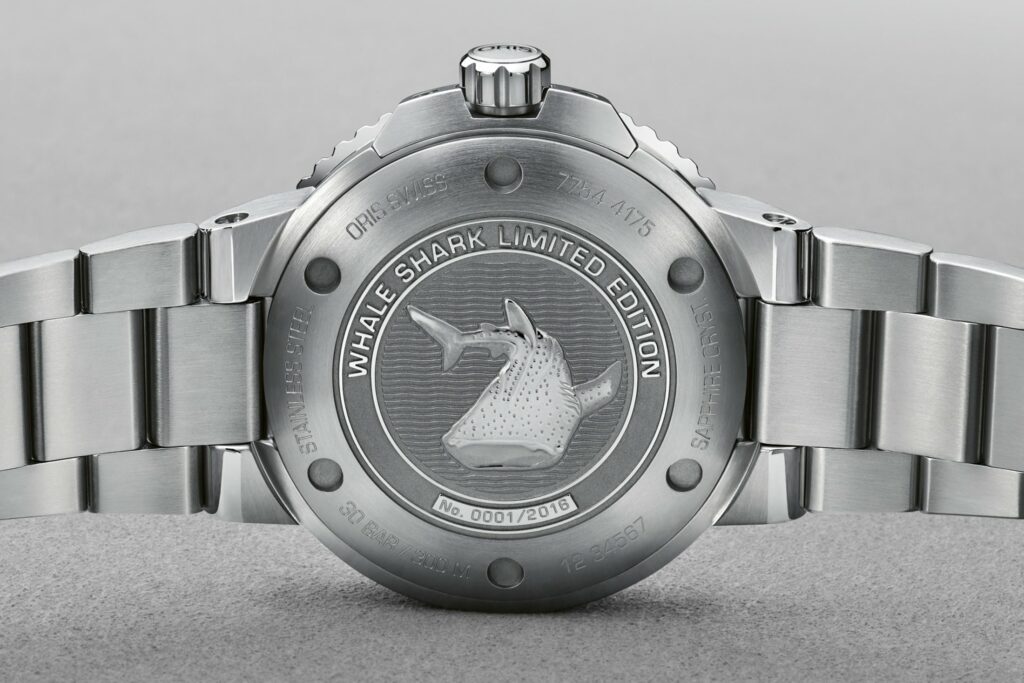 Turning the watch over one gets to see a closed case back that has been deeply stamped with the picture of a whale shark swimming in the ocean along with the text ‘Whale Shark Limited Edition’ and the limited-edition number. Ticking underneath the case back is the Oris calibre 798. This is an automatic movement that is based on the Sellita SW 330-1 that operates at 4 Hz and offers a power reserve of around 42 hours.

Only 2016 pieces of the new Oris Aquis Whale Shark Limited edition would ever be made. The retail price of this piece is USD 3,200.