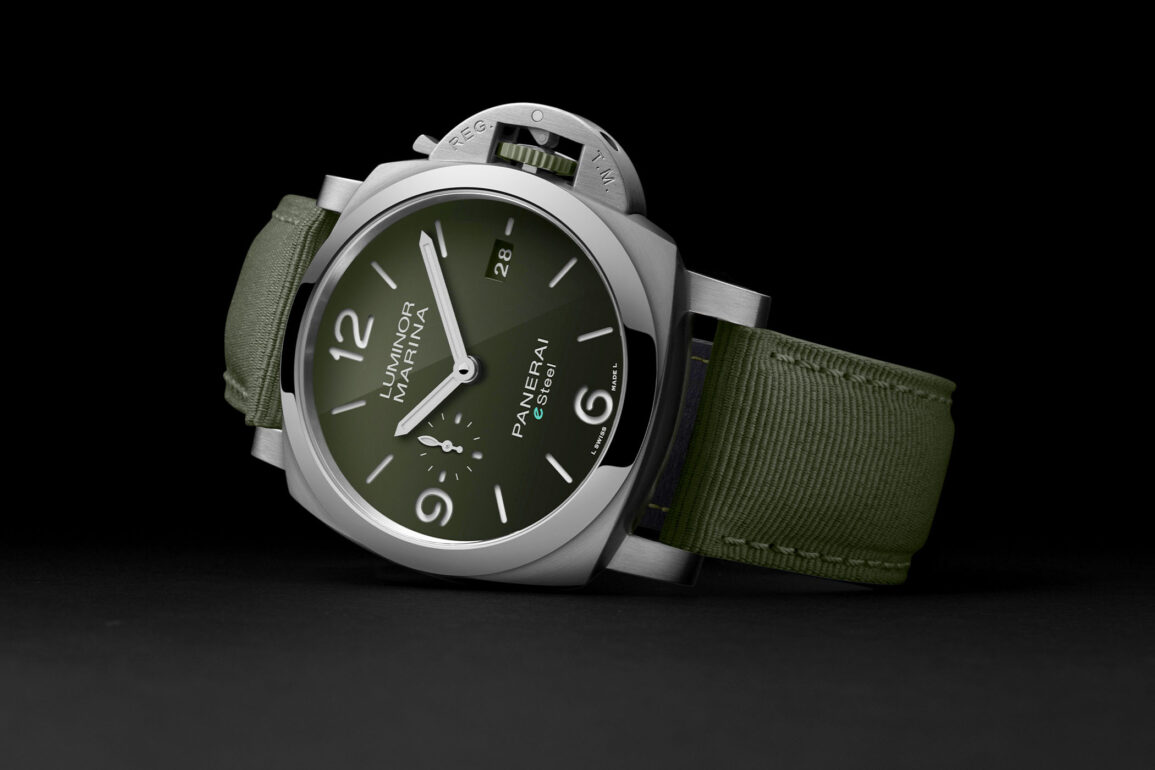 Recycling has been a part of human life since at least the 4th century BC, although it really took off in the 1970s. Recycling is the process of converting old products into new ones using only what was in the old product. Not having to mine any more metals presents considerable financial and ecological savings, but the luxury watch industry has been extremely slow to act until the past two years or so. Now, we’re seeing an influx of watches made from recycled materials, particularly plastics which don’t naturally biodegrade. Panerai has gone a step further today and produced its first line of watches from eSteel, a new alloy made from 54.8% recycled steel. 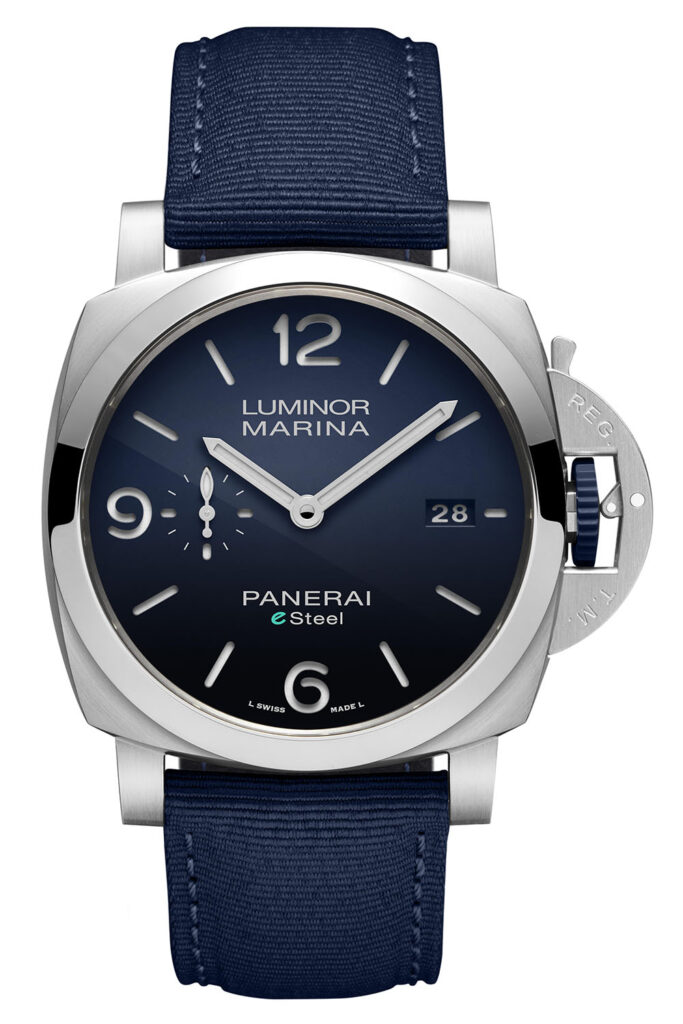 Panerai is releasing three Luminor Marina in three different colours: blue (Blu Profonda), grey (Grigio Roccia) and green (Verde Smeraldo). All of them come with a crown inside the trademark crown-guard which is rubberised in the same colour as the dial, and the straps also match the dial colour and are themselves made from recycled PET (plastic). I don’t know why Panerai put the Internet Explorer logo on the dial, except to announce that these are brand new. I expect that as Panerai integrates eSteel into their model range, they’ll phase this logo out. I hope that they do make use of eSteel in all of their watches in the future. It could be a significant selling point for them in the same way that Chopard only uses Fairmined gold these days. 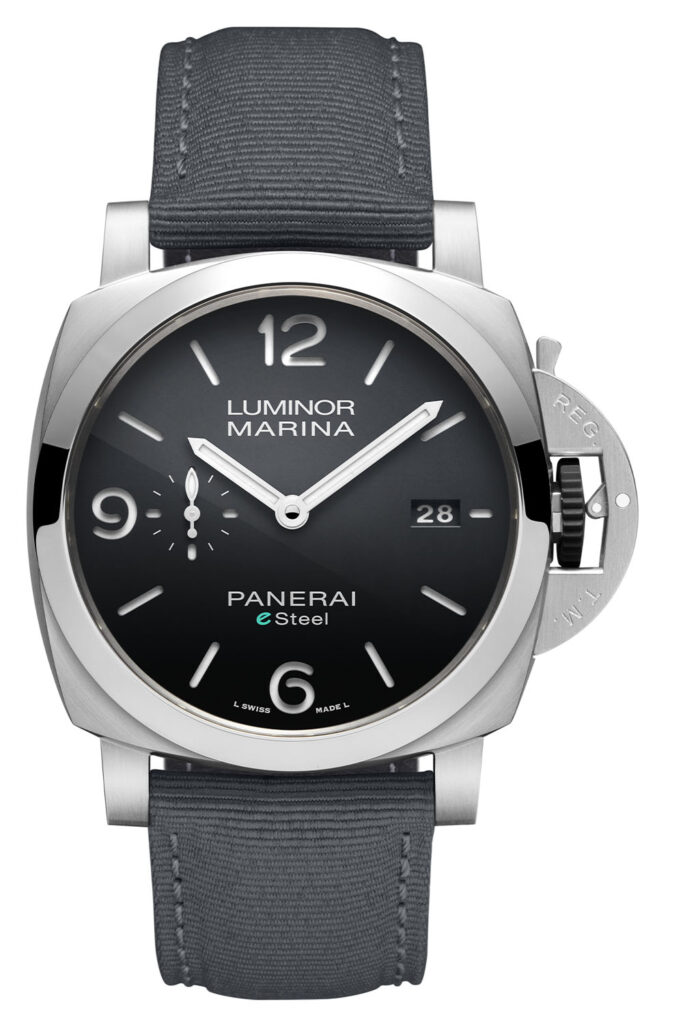 Inside the 44mm x 15.45mm watches sits the calibre P.9010, an in-house made movement with automatic winding and a long 72-hour power reserve. Expect nothing but Panerai’s solid reliability from this movement; the in-house calibres are generally tough as nails. 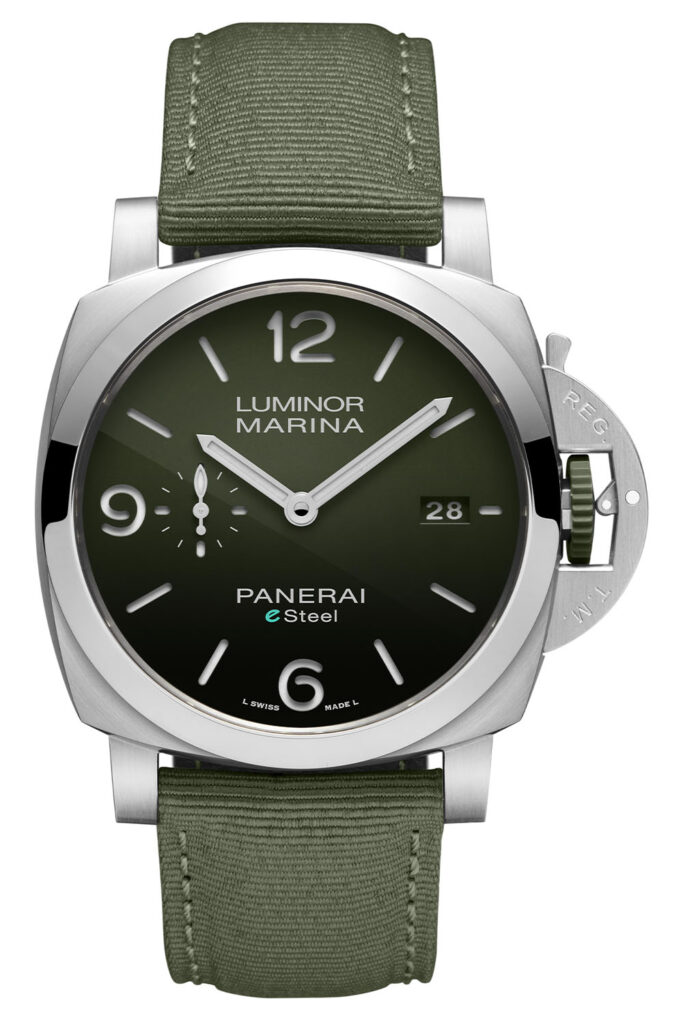 These watches will come on sale in October at a price of $8700 and are not expected to be limited in production.