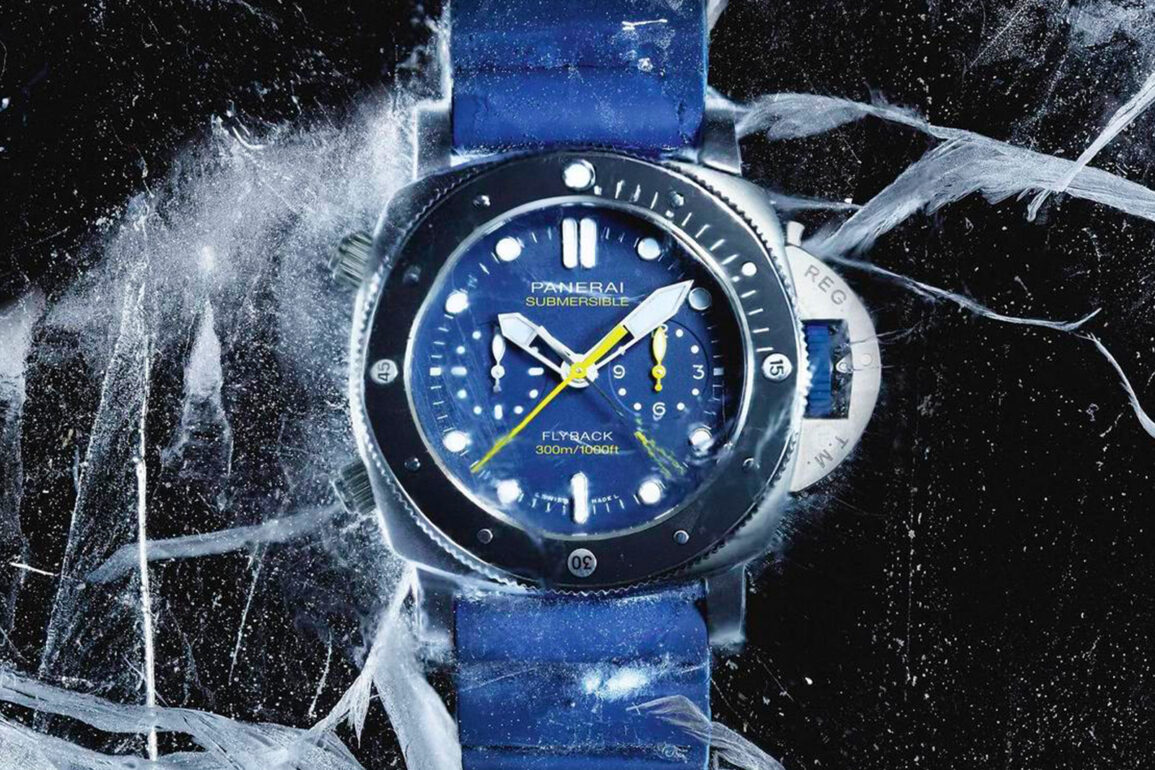 Mike Horn's next adventure involves taking on this 47mm beast.

Panerai has recently worked with Mike Horn, a professional explorer. He rose to fame in the early noughties after completing an eighteen-month journey around the Earth’s equator without using any motorised transport. Panerai released some watches bearing his name in 2019 with some rather attractive Submersible variants with new bezels and cases made of EcoTitanium. However, he has been working with the brand since before 2019. In May of last year, Panerai unveiled the Submersible EcoPangaea Tourbillon GMT, a huge, handsome and complex diver. 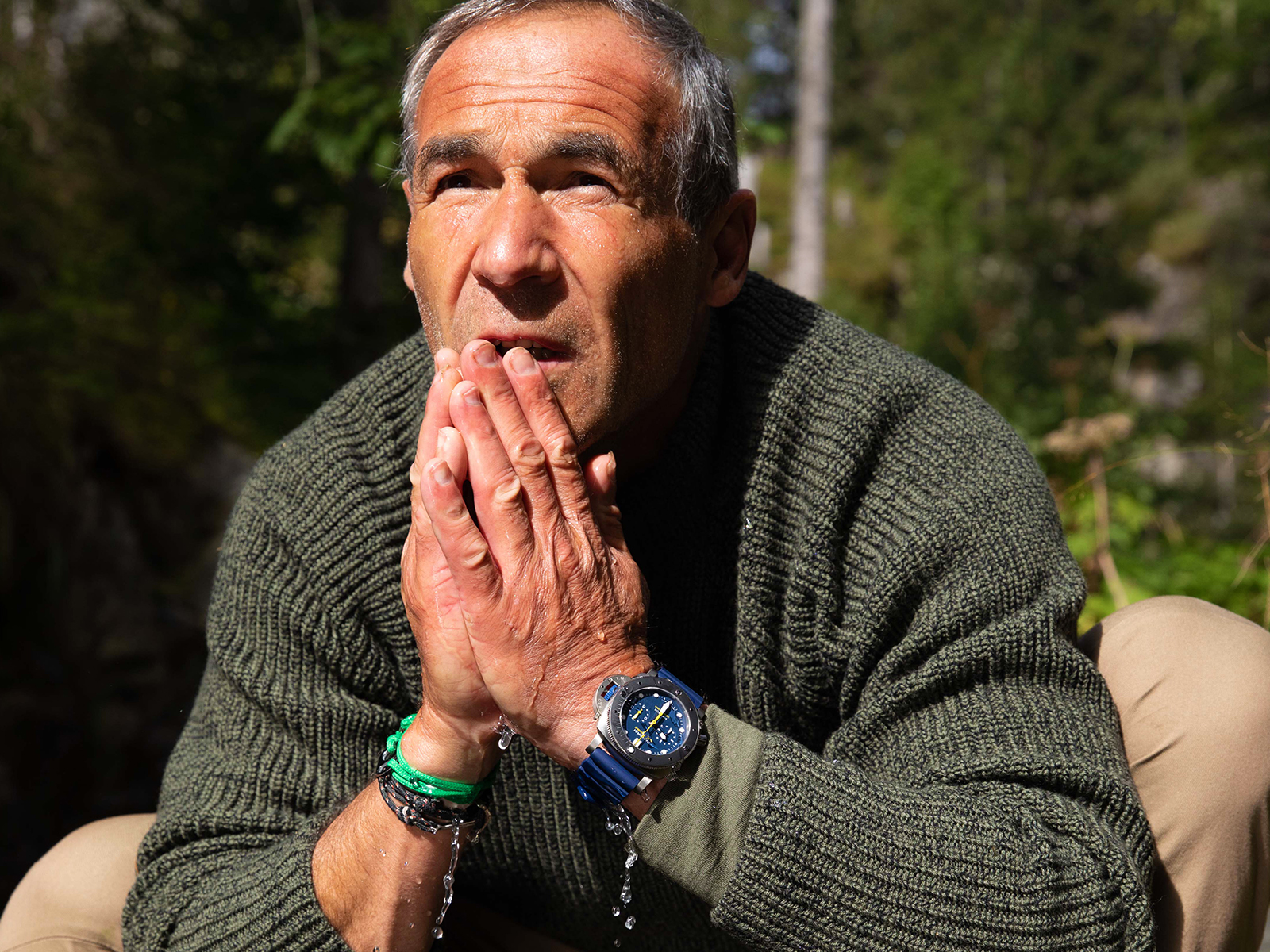 This time around, Mike’s name appears on the Submersible Chronograph Flyback, another gigantic diving watch from Panerai’s repertoire. It looks a little similar to the Guillaume Néry PAM00983, which was also released in 2019, except it loses the gradient dial and black case for an equally striking dark blue with yellow accents. 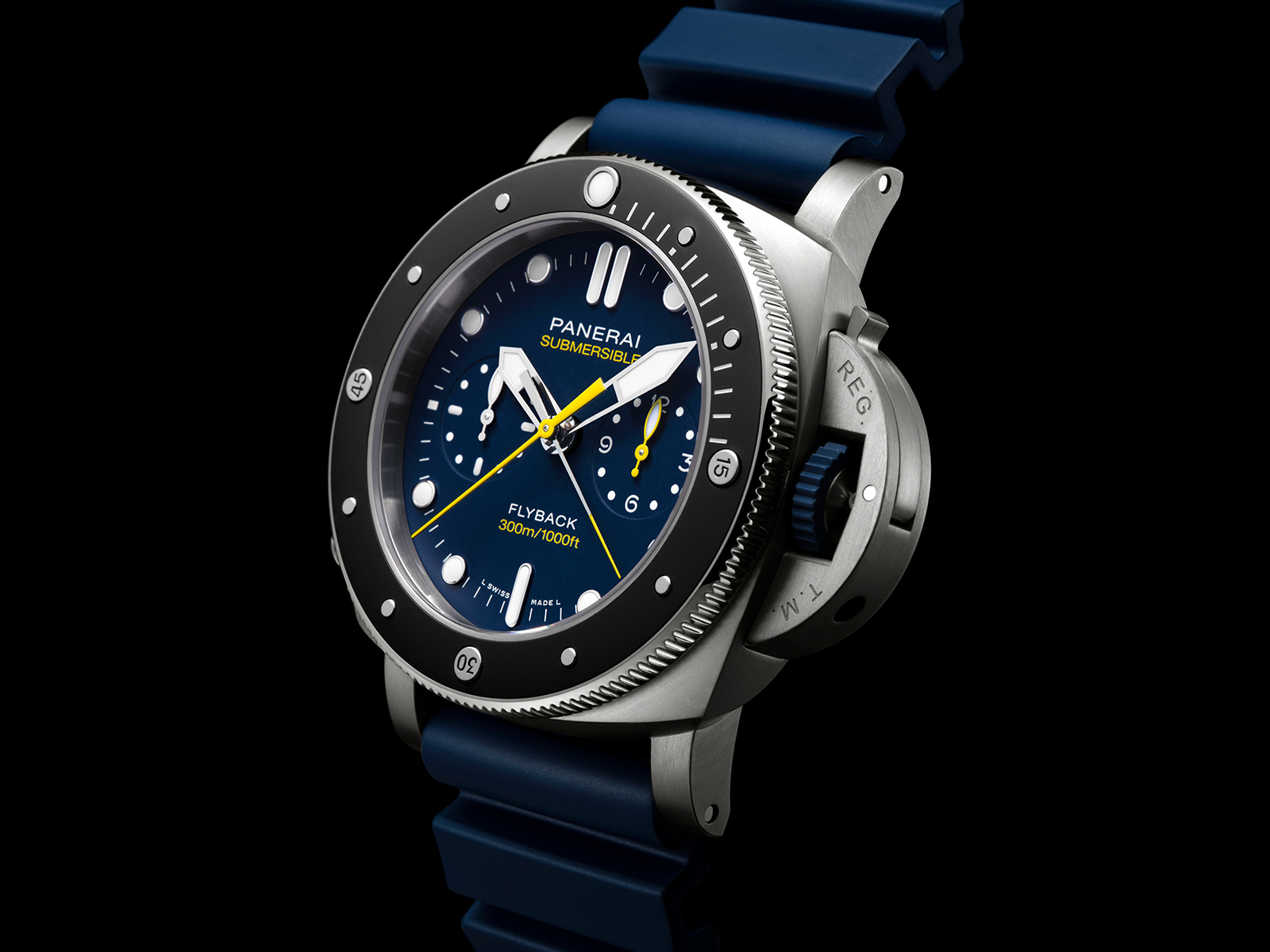 This is not a watch for the faint of heart or the small or wrist. At 47mm, it’s a rough-and-ready diver, but the thickness of the Chronograph Flyback makes these a tricky wear. Weirdly, Panerai doesn’t state how thick these watches are. I read somewhere that Panerai’s 42mm Submersible is 14mm thick, the 47mm sans chronograph is about the same, but the flyback chronograph Submersible was too much for yours truly to handle, and I can handle watches with a diameter like this and thickness like Omega’s Planet Ocean Chronograph, but both at the same time? Not happening. 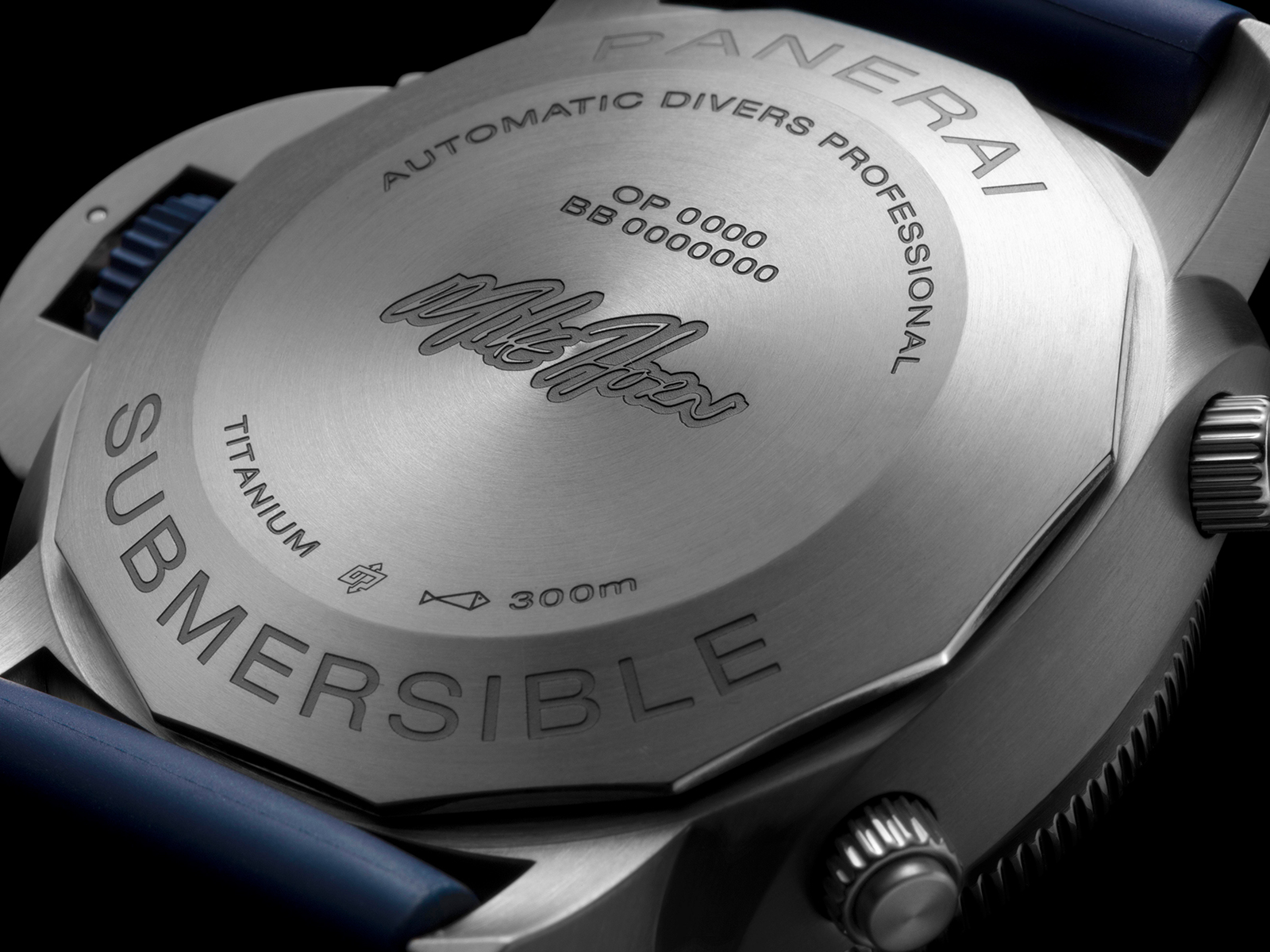 Having said that, the case is made of titanium, so it will be lightweight. There’s even a black ceramic bezel which is quite popular on Panerai’s Submersibles. The light and dark colours combine well on this, whether it’s the blue and yellow inspired by Italian Naval uniforms or the light and dark parts of the case. The case’s water resistance is 300m, in line with the rest of the Submersible range. 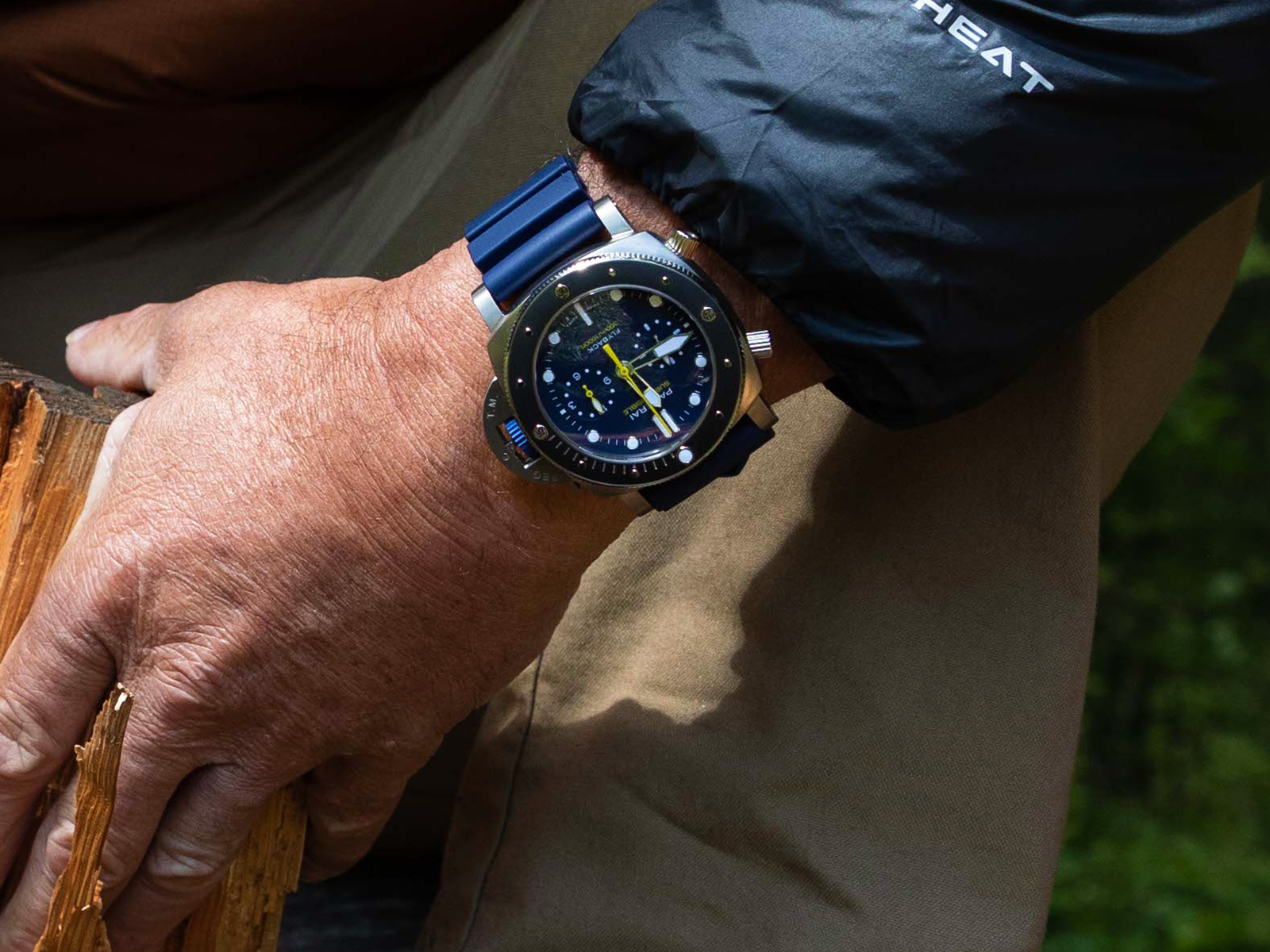 Inside it is Panerai’s P.9100 calibre, an in-house made self-winding movement with a 4Hz beat rate, Glucydur balance and two barrels providing a power reserve of three days.