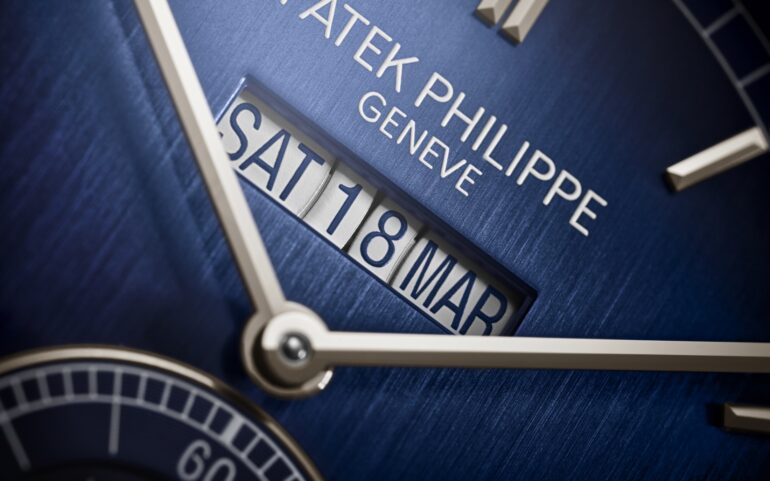 What’s this? Oh, a brand new design from Patek Philippe, of course. How often does that happen? Well, not very often, Patek Philippe tends to do what most big Swiss watchmakers do: produce a line and update it every so often. Why do they do this? It’s mostly to preserve their watches’ status; a brand new refresh every year wouldn’t be beneficial. The new Patek Philippe In-Line Perpetual Calendar 5236P has received mixed responses from within watch circles, mixed but mostly positive. Let’s take a look. 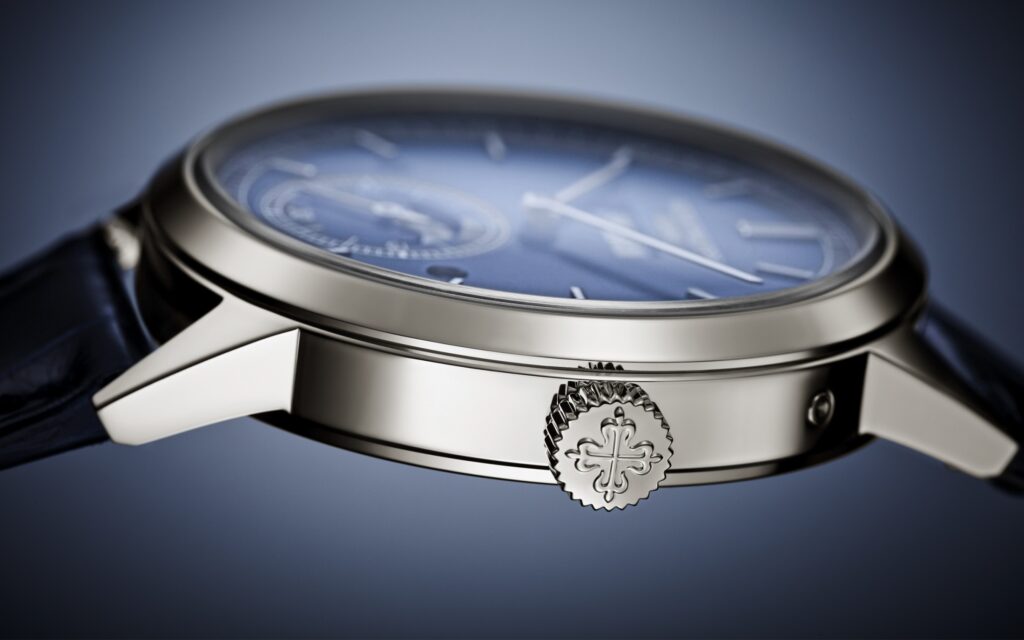 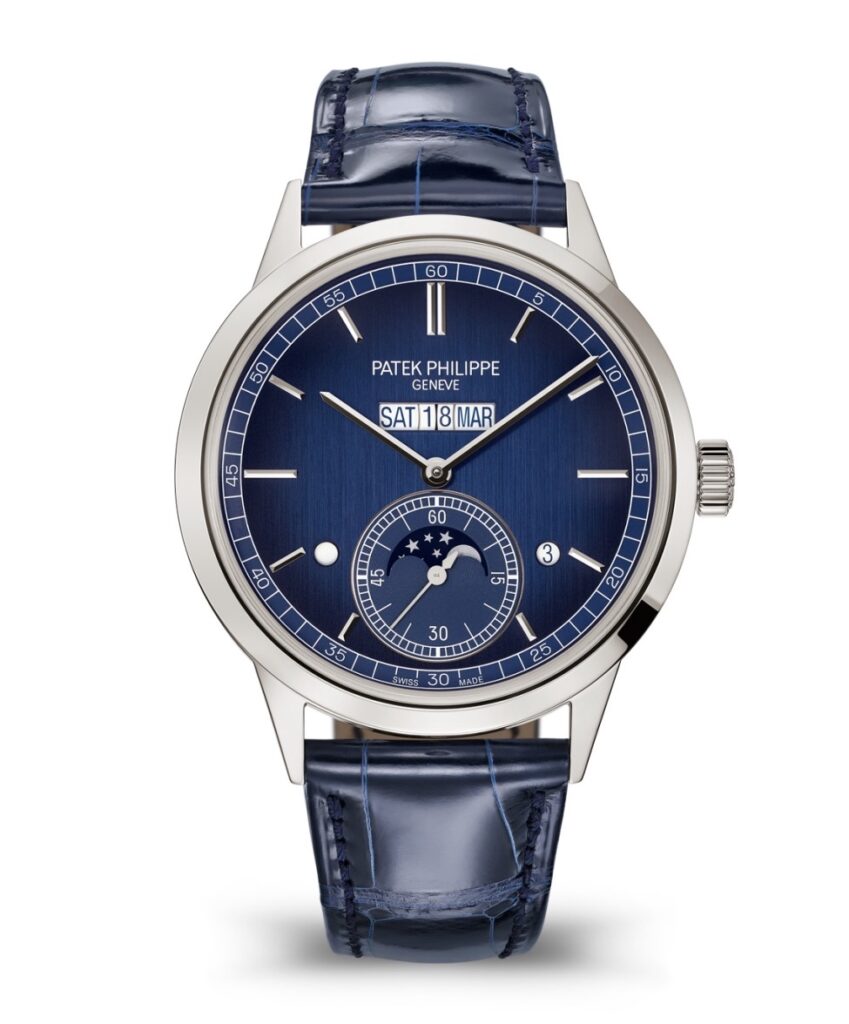 The new watch is presented in a case measuring 41.3mm x 11.07mm, conservative but relatively modern in sizing. This has been done for a couple of reasons, the first being to make sure the dial looks proportionally correct (A.Lange & Söhne does this with their Lange 1 too, as do other manufacturers), the second being to fit the movement in which I’ll get to in a moment. 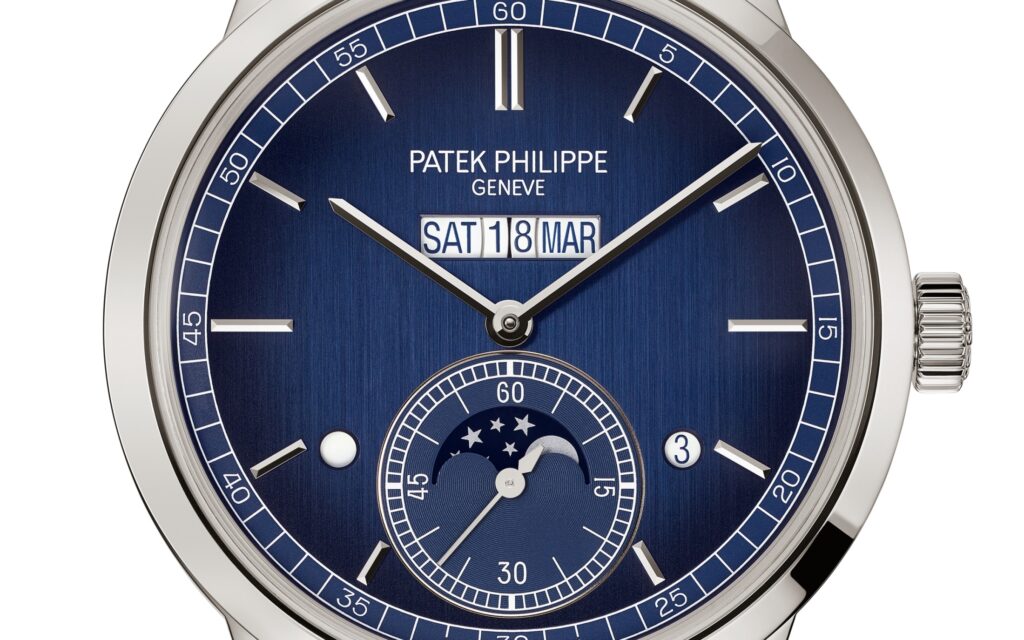 The blue dial has been laid out cleanly and presented beautifully, as you’d expect from a Patek Philippe. While green is undoubtedly coming to the fore of the colour gamut for watch dials, I’m glad this one has a blue gradient dial. The vertical brushing is another highlight that says “business-but-approachable”. You could invite the owner of one of these to a BBQ party without feeling awkward. 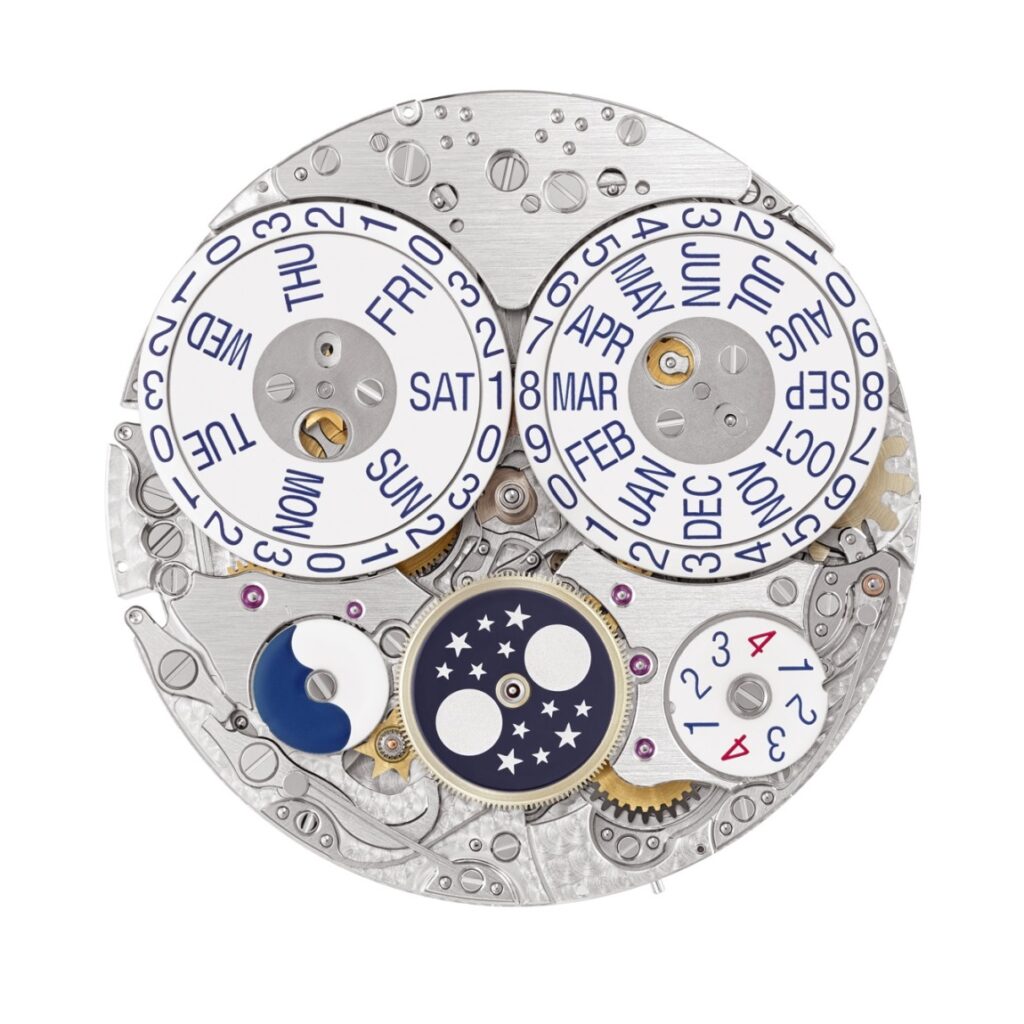 Inside the case is the real innovation. The calibre 31-260 PS QL has two patents pending approval for the mechanisms involved in displaying the perpetual calendar information. The watch eschews subdials, which are often hard to read, for one ultra-widescreen display. From left to right, the watch tells you the name of the day, the date and the name of the month. Patek Philippe had to set the rings for the date numbers around the rings for the month and day names to make this possible. 118 extra components were required to ensure the disks synchronise and changed properly. You’ll see we’ve included a shot of the movement as it sits under the dial. Notice how the disks go right to the edge of the movement? That’s why you can’t have the watch in a smaller case. If you did, the perpetual calendar would be hard to read. 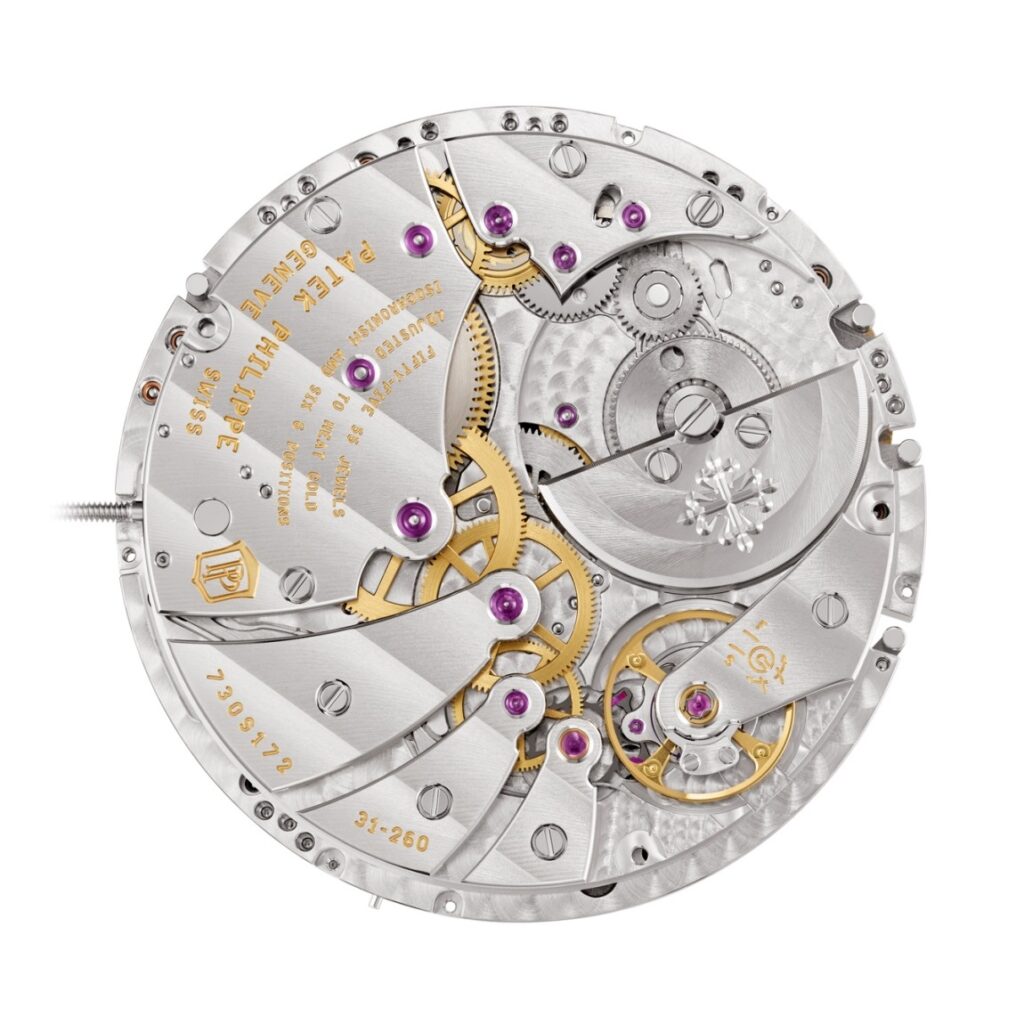 Patek Philippe hasn’t gotten so lost in this watch it’s forgone all practicalities. The calibre 31-260 PS QL has a 4Hz beat rate and 38-48 hour power reserve kept wound by a 22k gold micro-rotor. As well as the usual perpetual calendar indication (including a moonphase), Patek Philippe has also included a day/night indicator to one side of the moonphase/small seconds and the other side has a leap year indicator. These are both in the style of the Travel Time watches being just a tiny window. 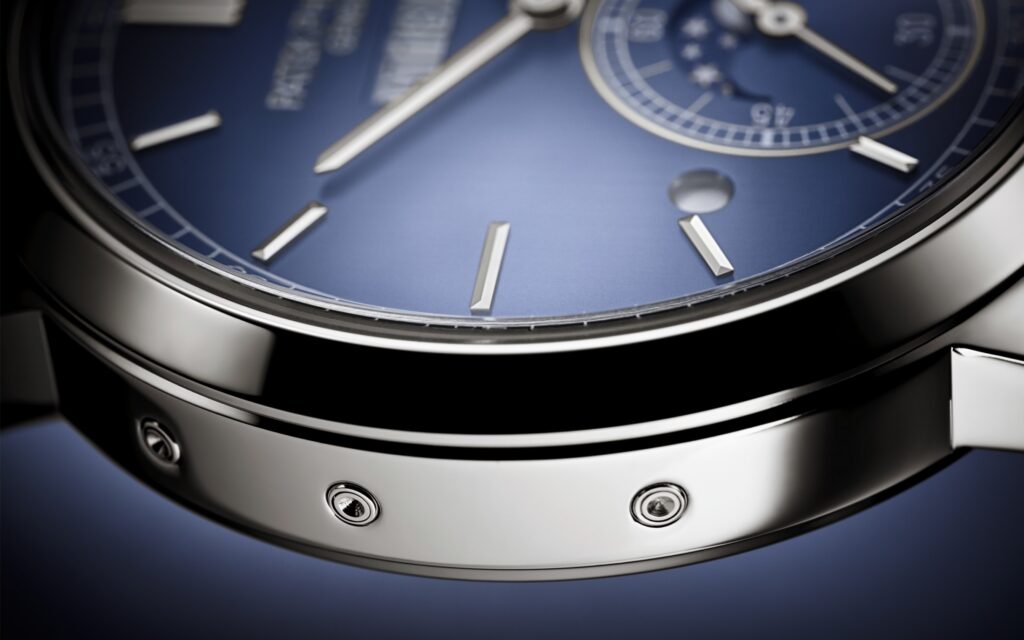 The watch is presented on a navy blue alligator leather strap with a clasp made of 950 platinum to match the case. The price for one of these is €113,200, and it’s not limited in production.