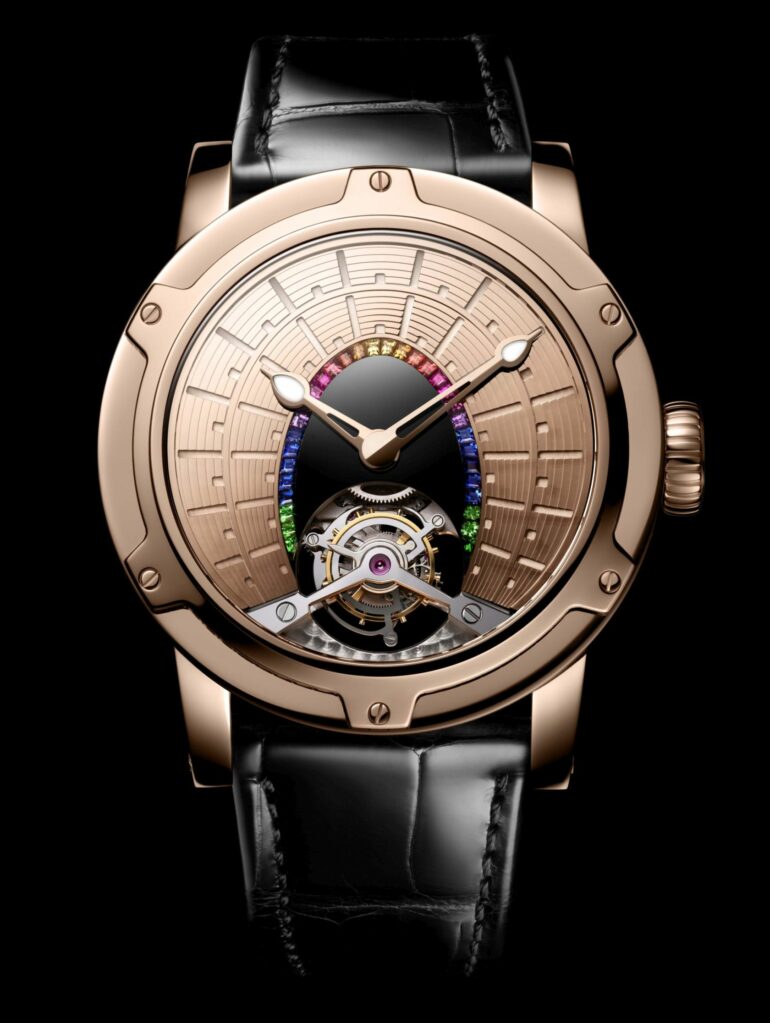 Introducing The Louis Moinet 8 Marvels Of The World Watches

For 2021, Louis Moinet introduces eight special edition tourbillon watches that are dedicated to eight of humanity’s most impressive and inspired architectural feats. Called the 8 Marvels of the World collection, this set of watches accurately depicts some of the most well-known construction projects on our planet. 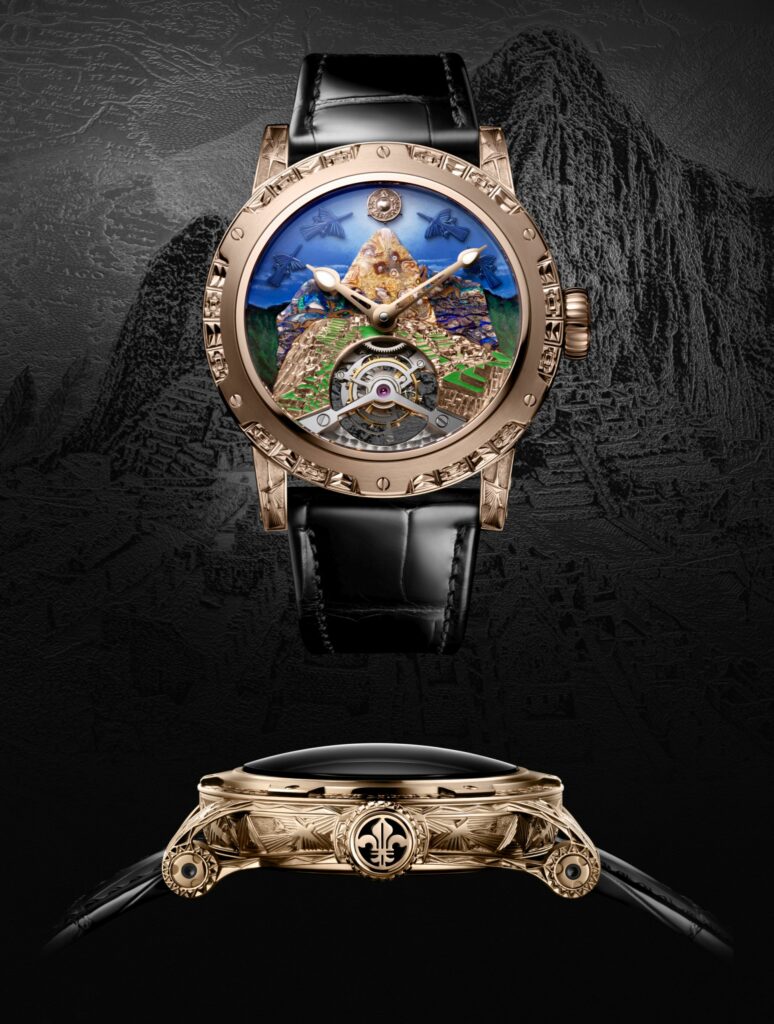 A favourite of monks and Instagrammers alike, Machu Picchu is located within the Andes mountain range in South America. The sky has four hand-painted Andean condors, one of the symbols of Peru, and lacquering is used to bring the mountains to life for this watch. The case diameter is 45.4mm.

Statue of Christ the Redeemer – Brazil 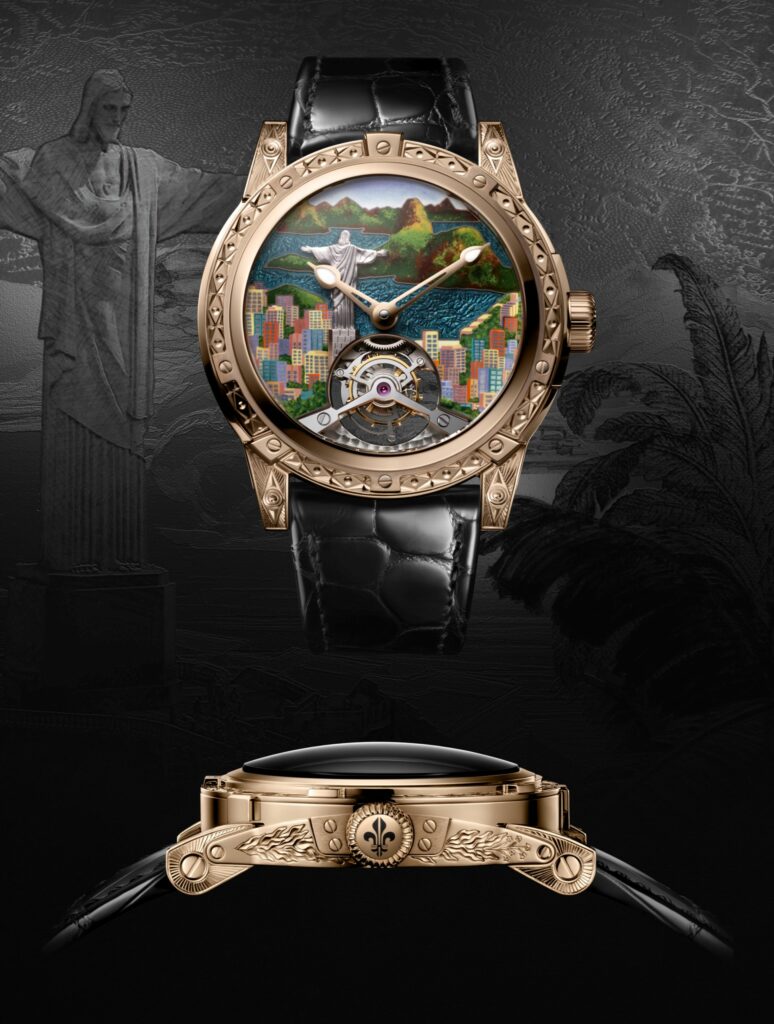 At 38m high, this iconic statue is one of the tallest around. It’s set high above Rio de Janeiro and was completed in 1931. Interestingly, the head of this statues weighs 30 tons. To bring this scene to life, the statue is hand-engraved on a gold base. The sea is hand-engraved and then enamelled, as are the mountains. The diameter of this watch is 47mm.

The Great Wall of China – China 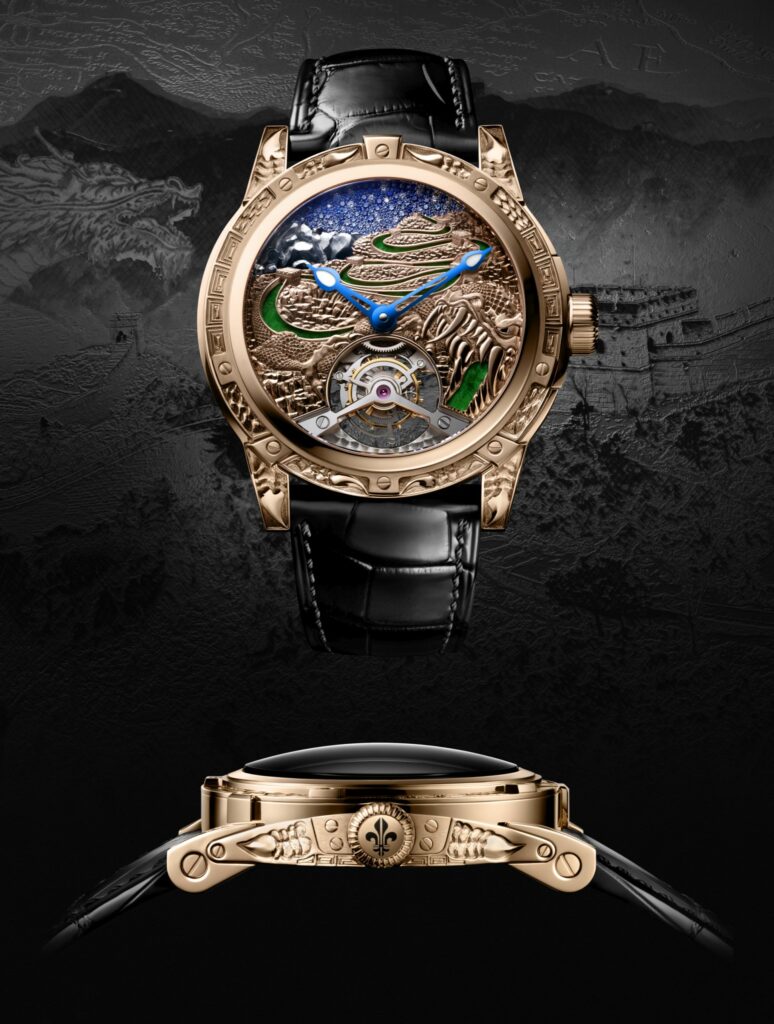 Possibly the most well-known thing on this list, the Great Wall of China stretches some 13,000 miles, according to a 2012 Chinese archaeological survey. It was built to repel the Xiongnu, although most mistakenly believe it was made to repel the Mongols. The watch uses a lot of hand-engraved rose gold to depict the winding nature of the wall, but have you noticed that the wall slowly fades to become the shape of an Eastern-style dragon? This watch is also 47mm in diameter. 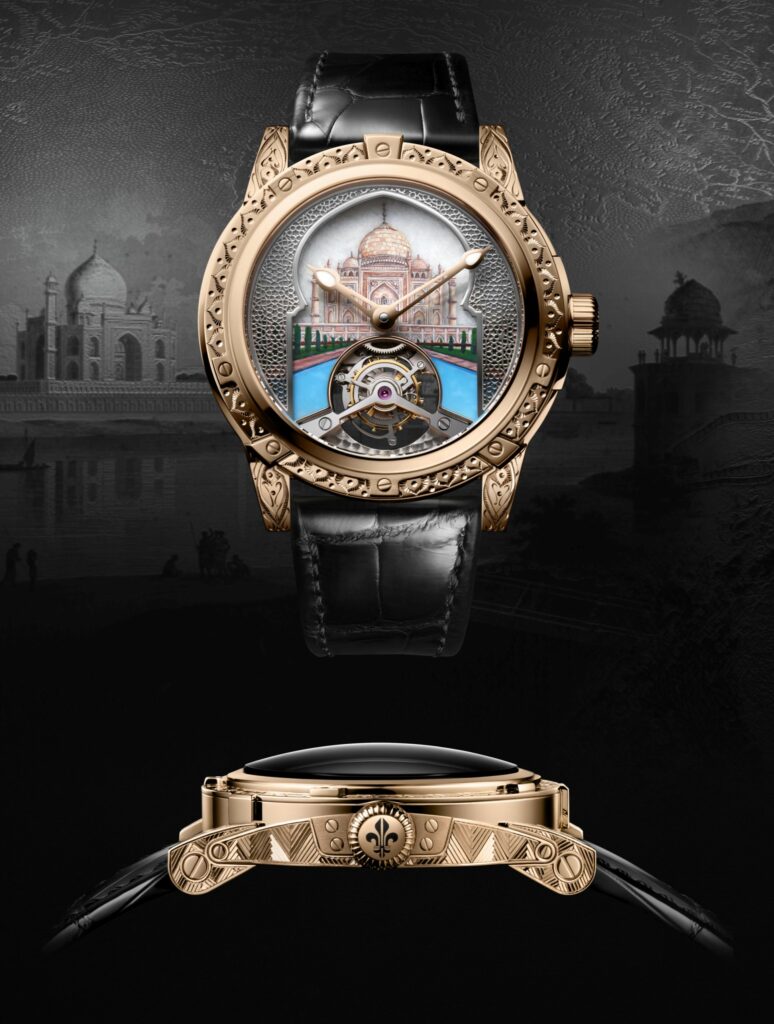 The Taj Mahal is a mausoleum built in Agra, India, in 1648 by order of the emperor at the time. It’s dedicated to his favourite wife, and is made out of white marble and is universally recognised as a masterpiece of architecture. The depiction by Louis Moinet has been painstakingly painted by hand and is surrounded by a polished grid design shaped like an Indian-style window giving an authentic appearance to this watch. The watch is 47mm in diameter. 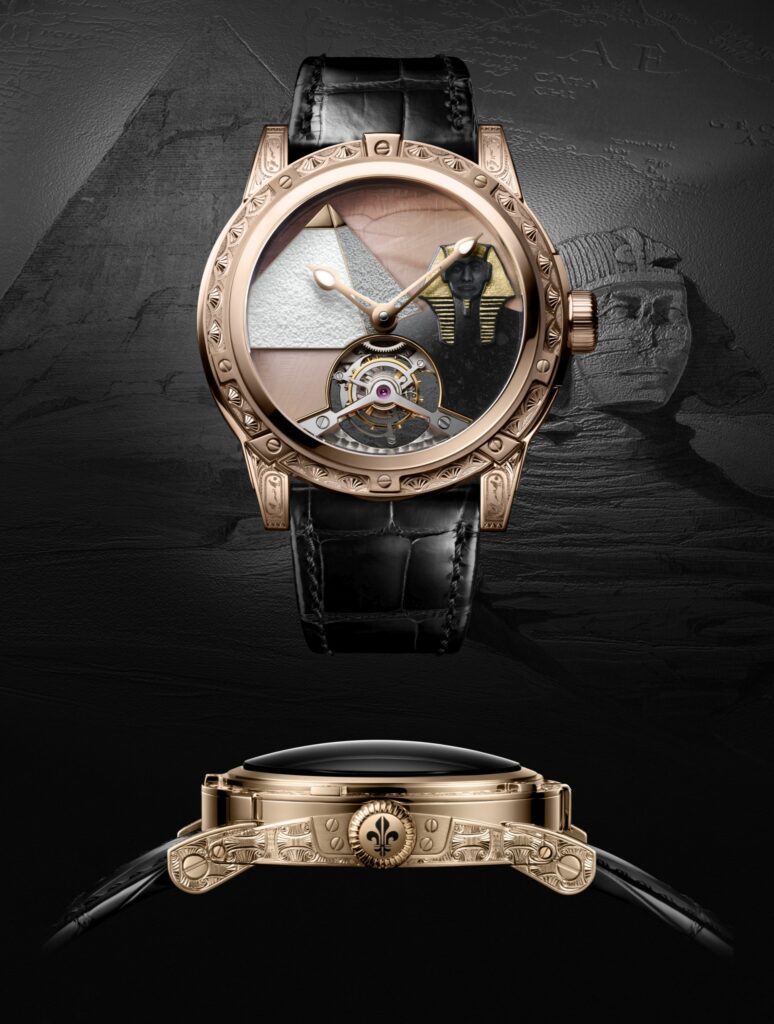 Also known as the ‘Great Pyramid of Giza’, the Pyramid of Khufu is the only surviving wonder of the ancient world, thus making it one of the most important buildings that humanity has ever made. The pyramid on the Louis Moinet watch is made of gold covered with enamel, while the capstone is carved from gold. The statue next to it is made of black basalt, and the headdress has been made from gold. The watch is 47mm across. 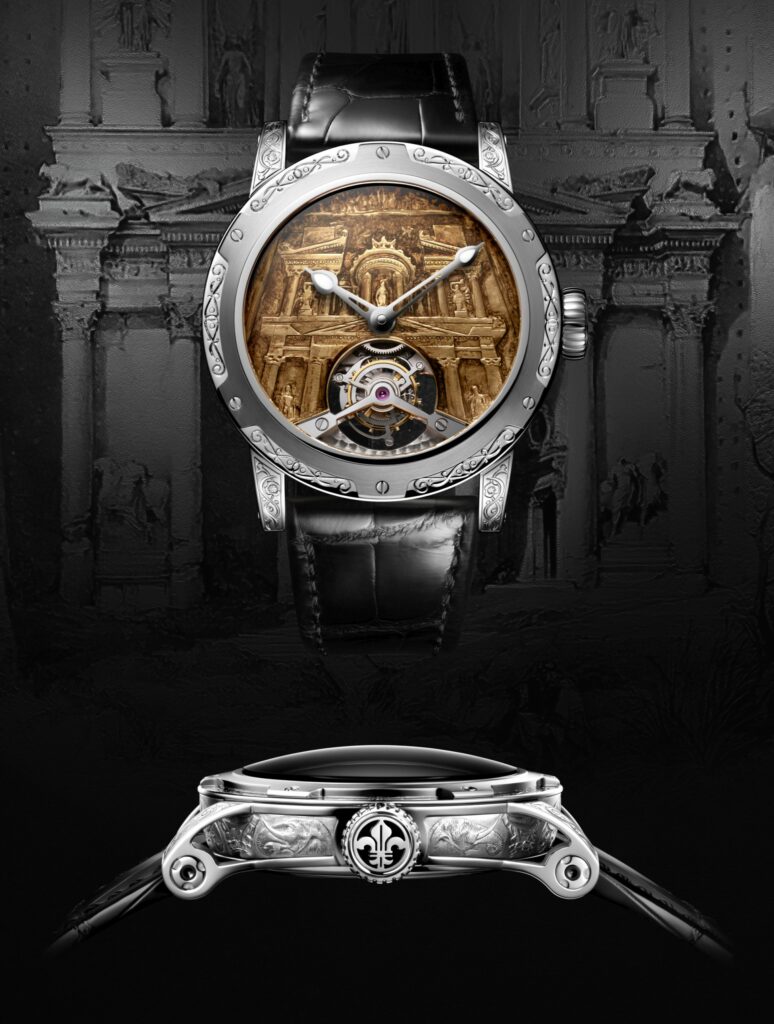 In the 6th century BC, Petra was at the crossroads between the Mediterranean and Arabia, and was a key point in the transport of silk and gemstones. It was re-discovered in 1812 and is subsequently a tourist hotspot for the country. The dial features two types of engraving and a fine painting layer to bring this icon to life. The case of this watch is white gold, the only one in the collection, and measures 45.4mm across. 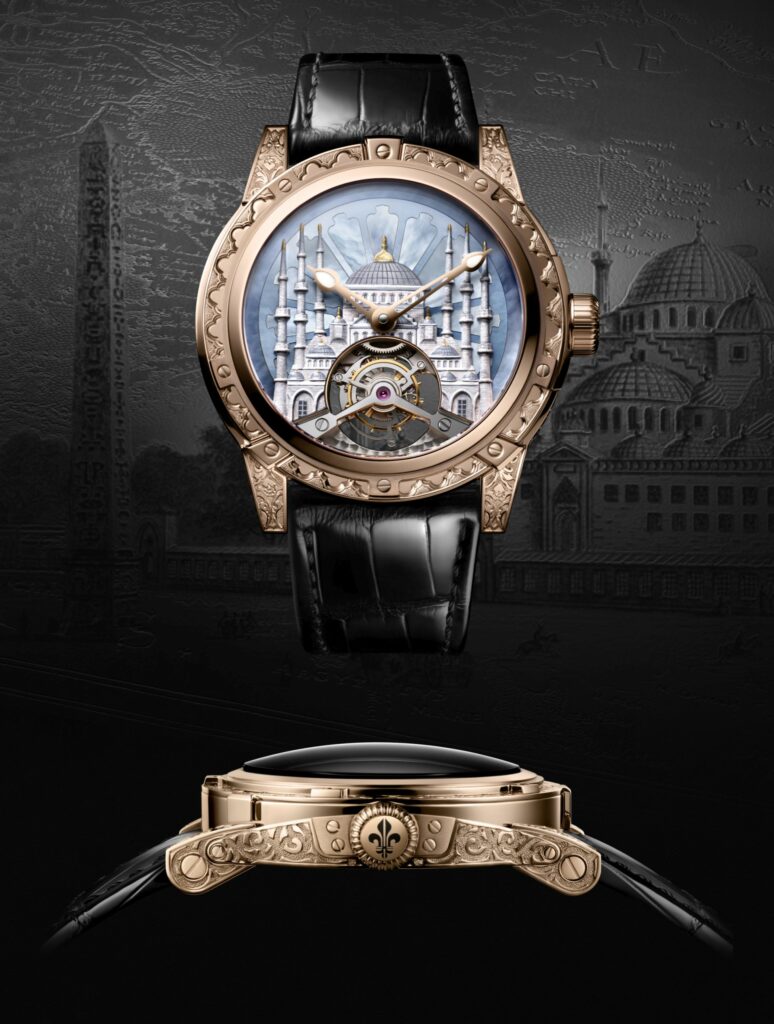 The Blue Mosque is regarded as the last piece of authentic Ottoman architecture and gets its name from the 20,000 blue tiles that cover its exterior. The base of the dial is mother of pearl, while the Blue Mosque itself has been hand engraved by Louis Moinet’s artisans. The watch has a diameter of 47mm. 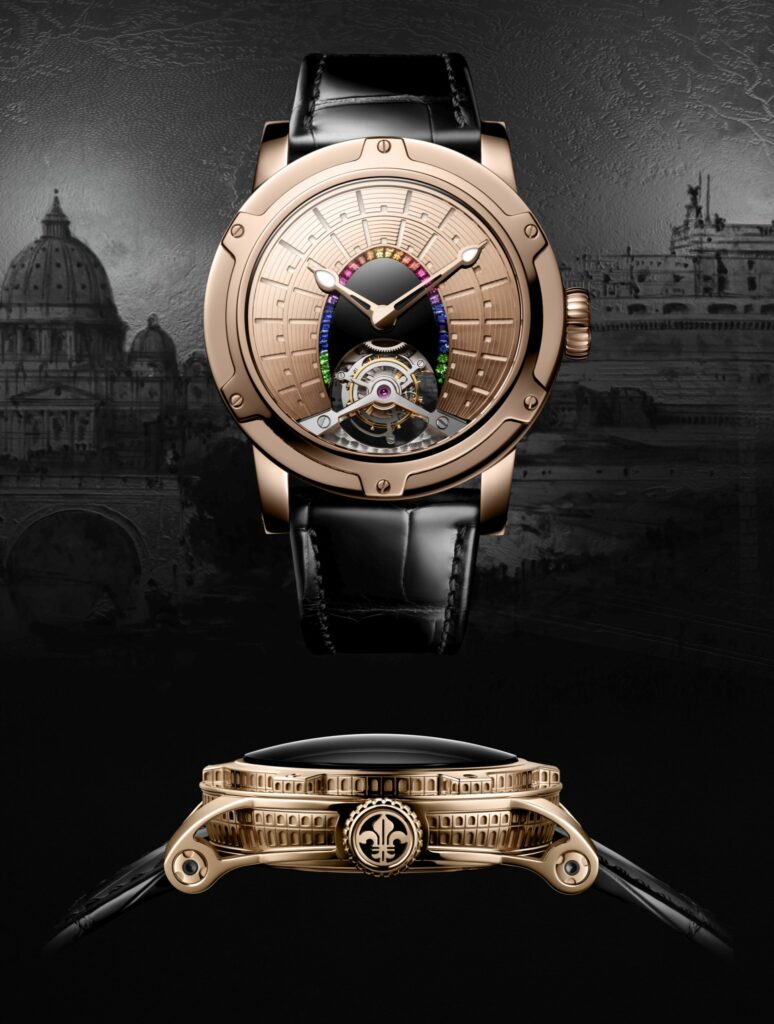 Perhaps the most well-known of all the wonders on this list, the Colosseum is based in Italy’s capital city of Rome and represents the country’s heritage as the birthplace of the Roman empire and the developments it brought. To bring this ancient amphitheatre to life, a hand-engraved depiction of the Colosseum in its heyday has been placed on the dial with a rainbow of gemstones separating the audience from the arena. The diameter of this piece is 45.4mm. 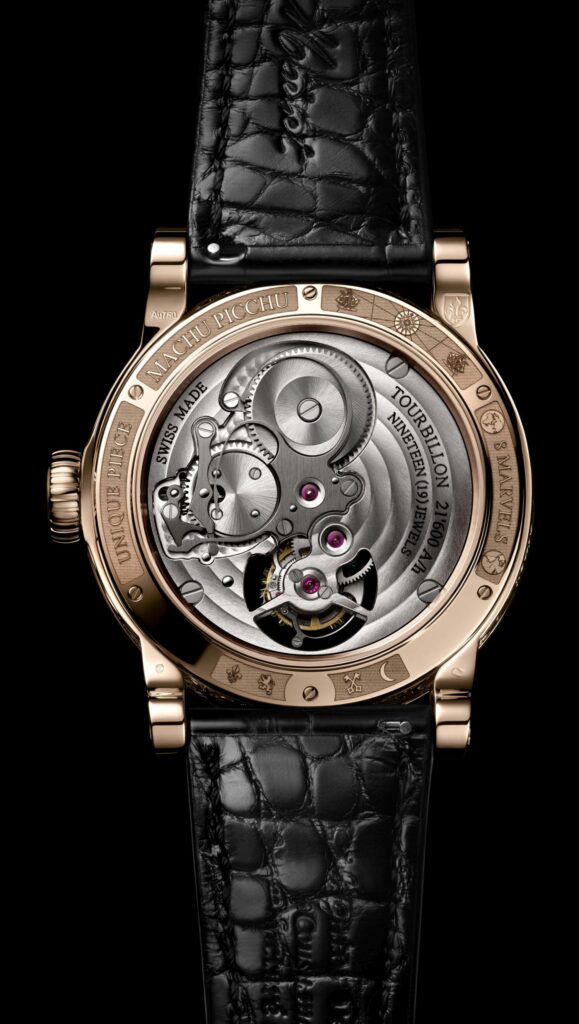 Apart from the Petra watch, all models feature an 18k rose gold case, inside which is the manually-wound calibre LM35, which has a beat rate of 3Hz and a power reserve of 72-hours. The watches come in a beautifully veneered travel case as well. The price for the entire collection is CHF2.5m.