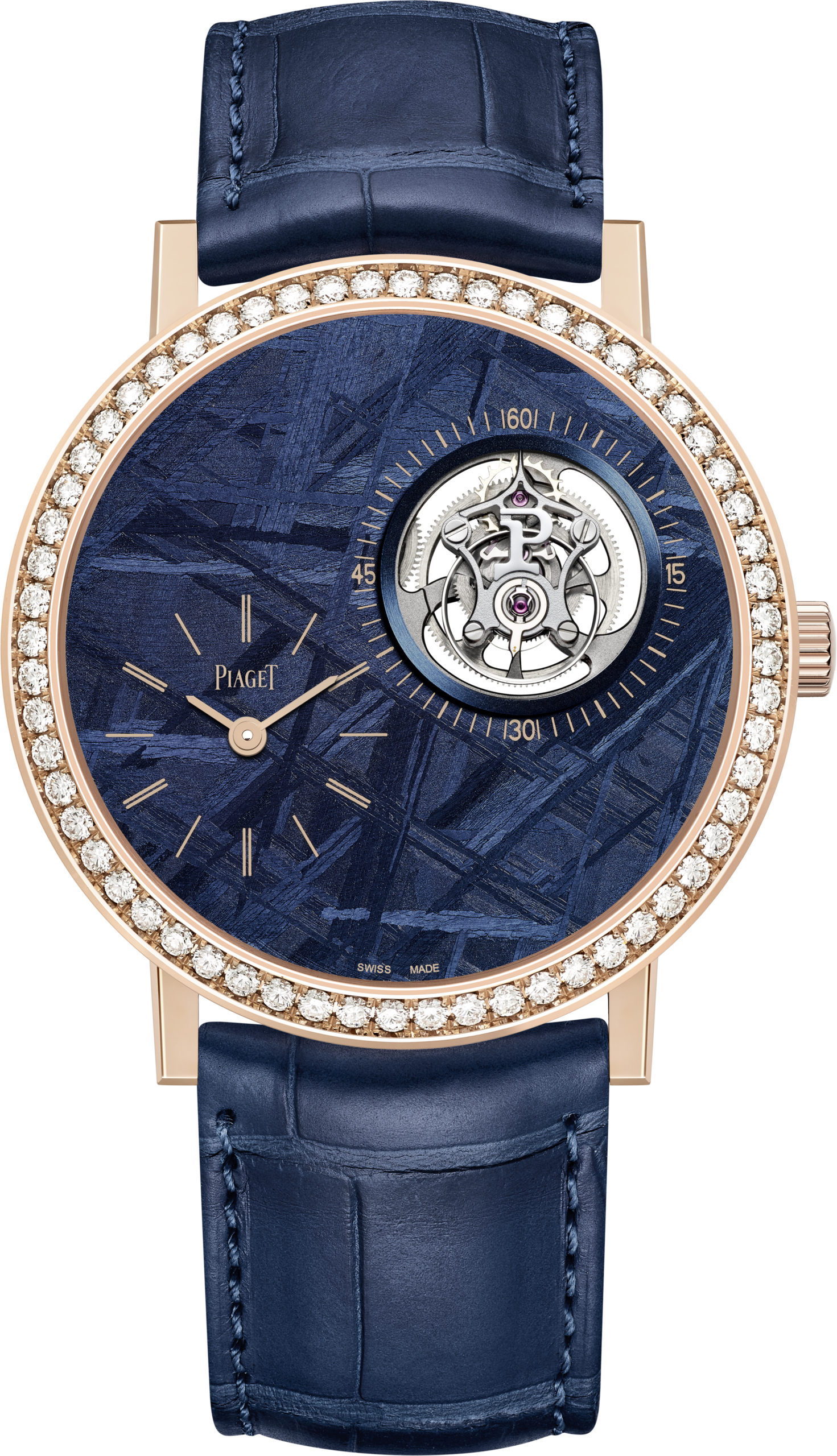 Piaget is one of the most legendary manufacturers of watches around. Most notable for its collection of unbelievably thin watches, Piaget has been working since its inception in 1874. As well as being a watchmaker, it is so much more than that, it’s also a style in its own right. Splashes of gold, colours and precious stones are hallmarks of this brand, all of which are set on beautifully crafted dress watches (and jewellery, it’s a jeweller too, but that’s not our focus). Being a member of Richemont, Piaget also gets to go to SIHH, the premier watch show based in Geneva which is open to Richemont brands and other independents. We were delighted to be chosen as one of the very select few online publications to be able to show you the new Altiplano timepieces for 2019, as they under embargo to most other publications until January, so here we go! 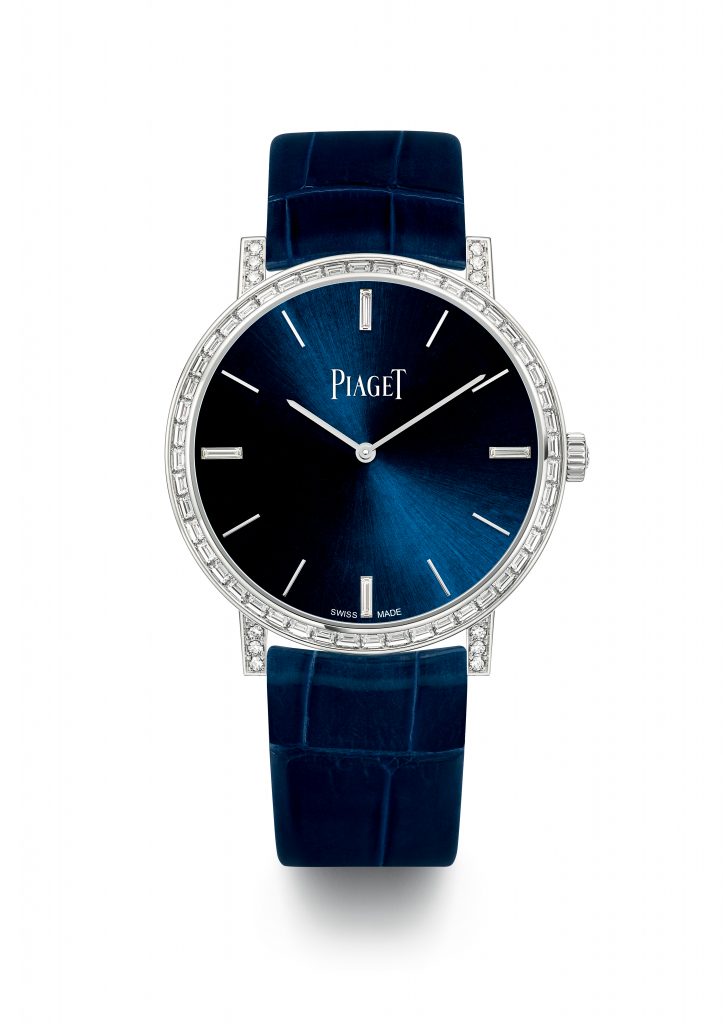 The first offering from the brand is a ladies Altiplano. As mentioned above, Piaget is one of the very few watch brands which has just as much focus on jewellery as it does on watchmaking. To demonstrate this, it’s created the Altiplano Baguette 430P G0A44076. This watch is made of white gold, with bezel and lugs set with baguette and round cut diamonds respectively. The dial is still beautifully clean and simple and is powered by a Piaget ultra-thin hand-wound calibre 430P which measures in at just 2.1mm thick. The movement is made of 131 components, 18 jewels and runs at a speed of 21,600vph or 3Hz for 43 hours. The watch also has an 18k white gold buckle, to match the case, that’s an important detail that some brands fail to do, having the same metal for the buckle shows attention to detail and care, all the watches have matching buckles in this case. This edition will be limited to 88 pieces. 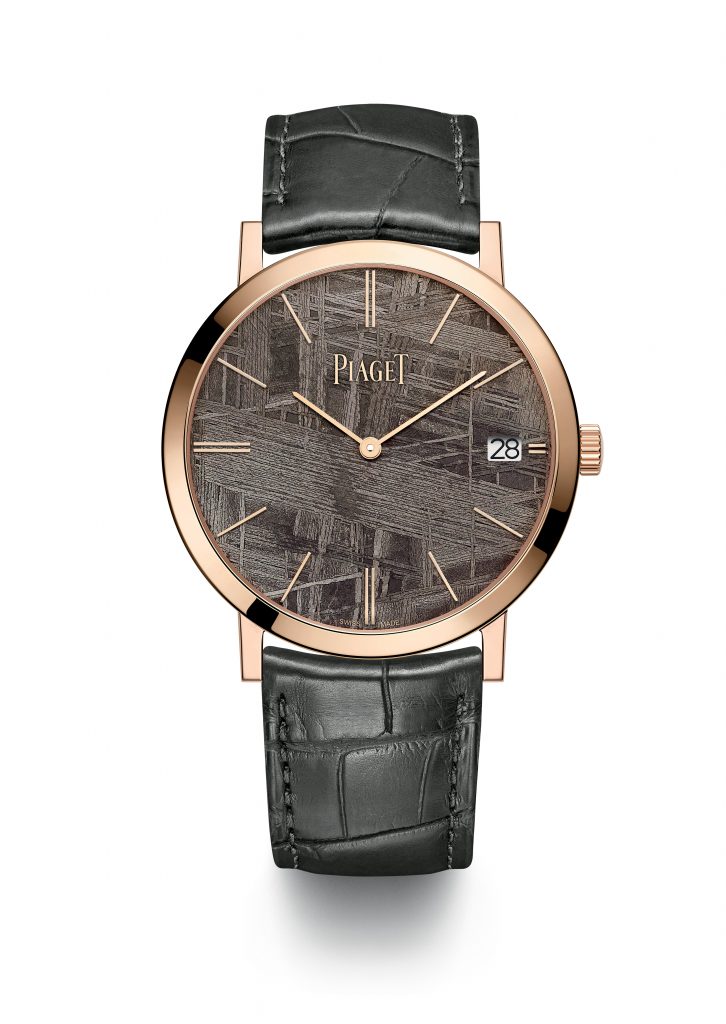 The second piece in the Altiplano collection is for the gentlemen. The Altiplano ref. G0A44051 is a modest 40mm in diameter, crafted of 18k pink gold and an ultra-thin beauty. Here the focus is on the grey dial, which is made of a meteorite, that crystal formation is unique to that single piece so that every watch will have a different pattern on the dial. Inside the svelte case is the automatic winding 1203P movement, which will run for 44 hours at a beat rate of 3Hz. At 3mm thick it’s not as thin as the 430P calibre found in the previous watch, but it does have a date feature along with that rotor. I don’t think anyone will mind this, though, that’s if they are lucky enough to be able to get hold of one, these watches are also limited, but there will be 300 of these. 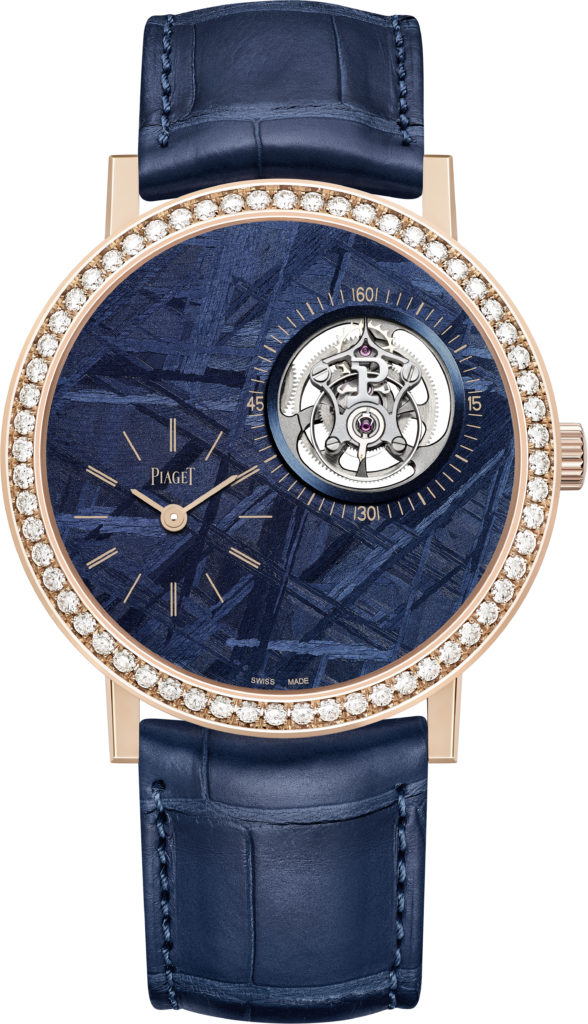 Finally, we’ve saved the best until last. The Altiplano Tourbillon ref. G0A44053 is a thing of beauty, a watch which is powerful when observed carefully, but still subtle. It would be even more subtle if it didn’t have diamonds on the bezel, but that goes against the whole ‘gem-setting’ philosophy I mentioned earlier. The calibre 670P inside this watch is amazingly thin at just 4.6mm. The off-centred flying tourbillon has a P and a ‘Lucky 8’, a Piaget signature (I couldn’t see it myself, but I’ve only got the press pictures to work with for now). The movement itself is made up of only 157 components in total, with 23 jewels and a beat rate of, you guessed it, 21,600vph, or 3Hz. As if this diamond and blue watch isn’t pretty enough as is, the dial is made up of meteorite just like the G0A44051  above. This will be a limited edition watch, with only 28 examples worldwide.

We are already looking forward to seeing the new pieces of SIHH 2019, and the Altiplano collection has only whetted our appetite! What do you think we’ll get to see? Visit Piaget here.