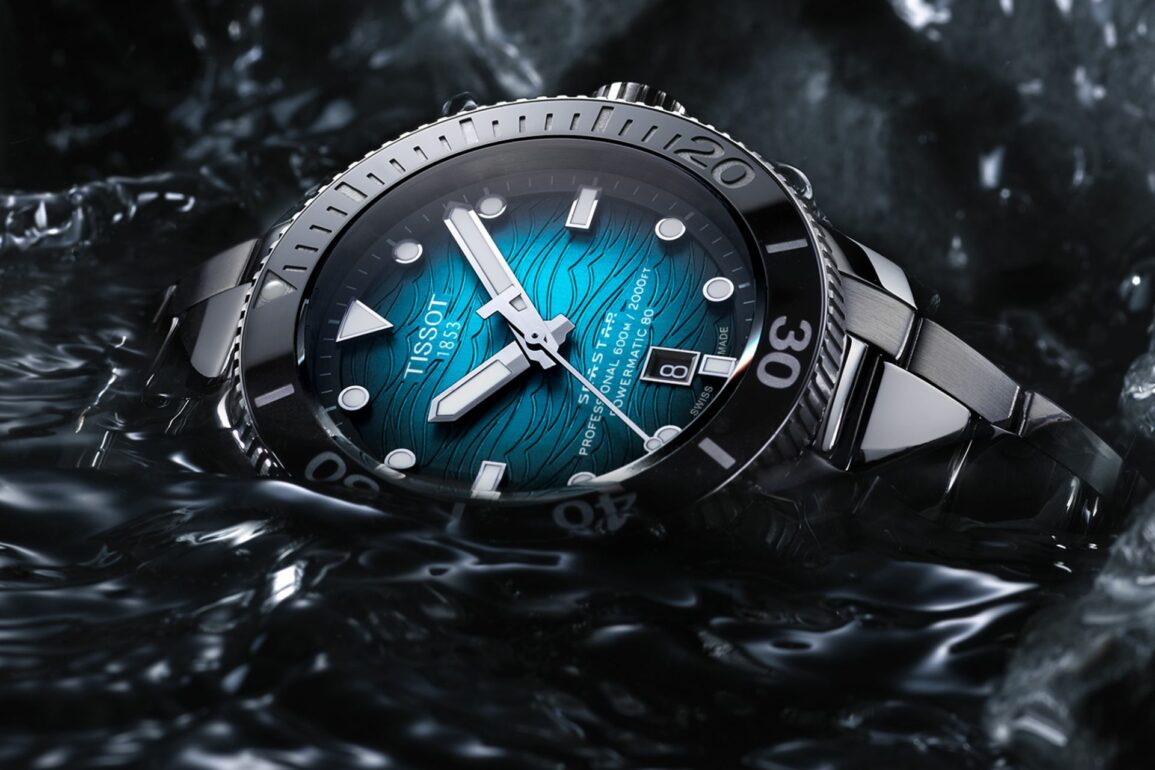 Tissot offers a lot of value for money if you know where to look in their catalogue, in this particular case, you should be looking at their diving watches. The new Seastar 2000 Professional Powermatic 80 features a lot of attractive design touches and a 600m water resistance rating. Normally, I’d save pricing until the end of the article, but the €995 asking price for one of these is so attractive I felt it was better to mention it right from the start.

So, what does that get you? Well, it gets you a watch that’s handsome for a start. With a chunky case, it looks like a modern sports-diving watch, but the relatively short lugs should mean it’s a comfy wear for most people, even those with smaller wrists. Just as well, really, as the only chink in its armour that I can see is the 46mm diameter of the stainless steel case. It’s also thick at 16.25mm, and I’m not really sure why it’s that thick. I can understand that it’s partly from the water-resistance rating, but it’s in Seamaster Planet Ocean Chronograph territory, and chronograph it does not have. 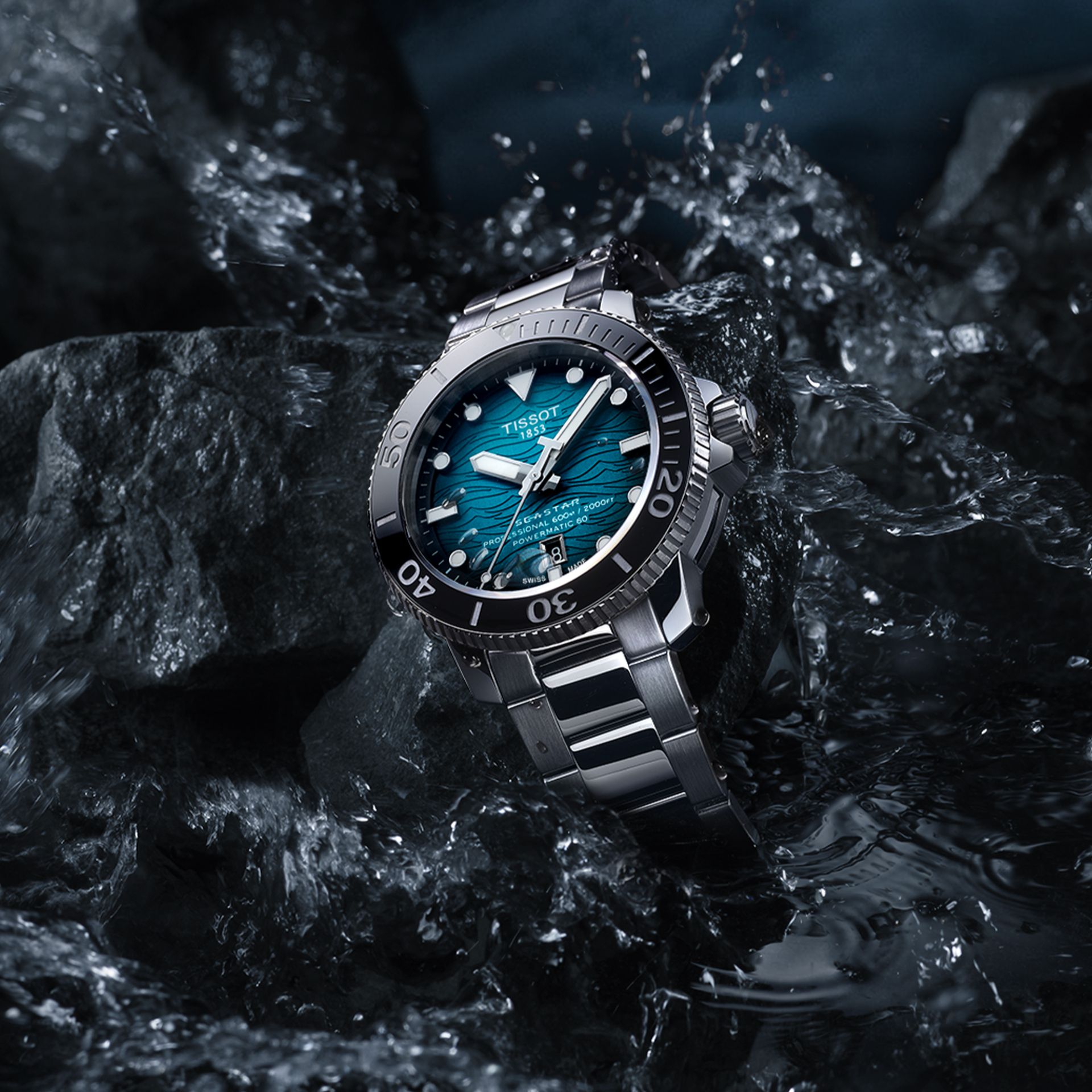 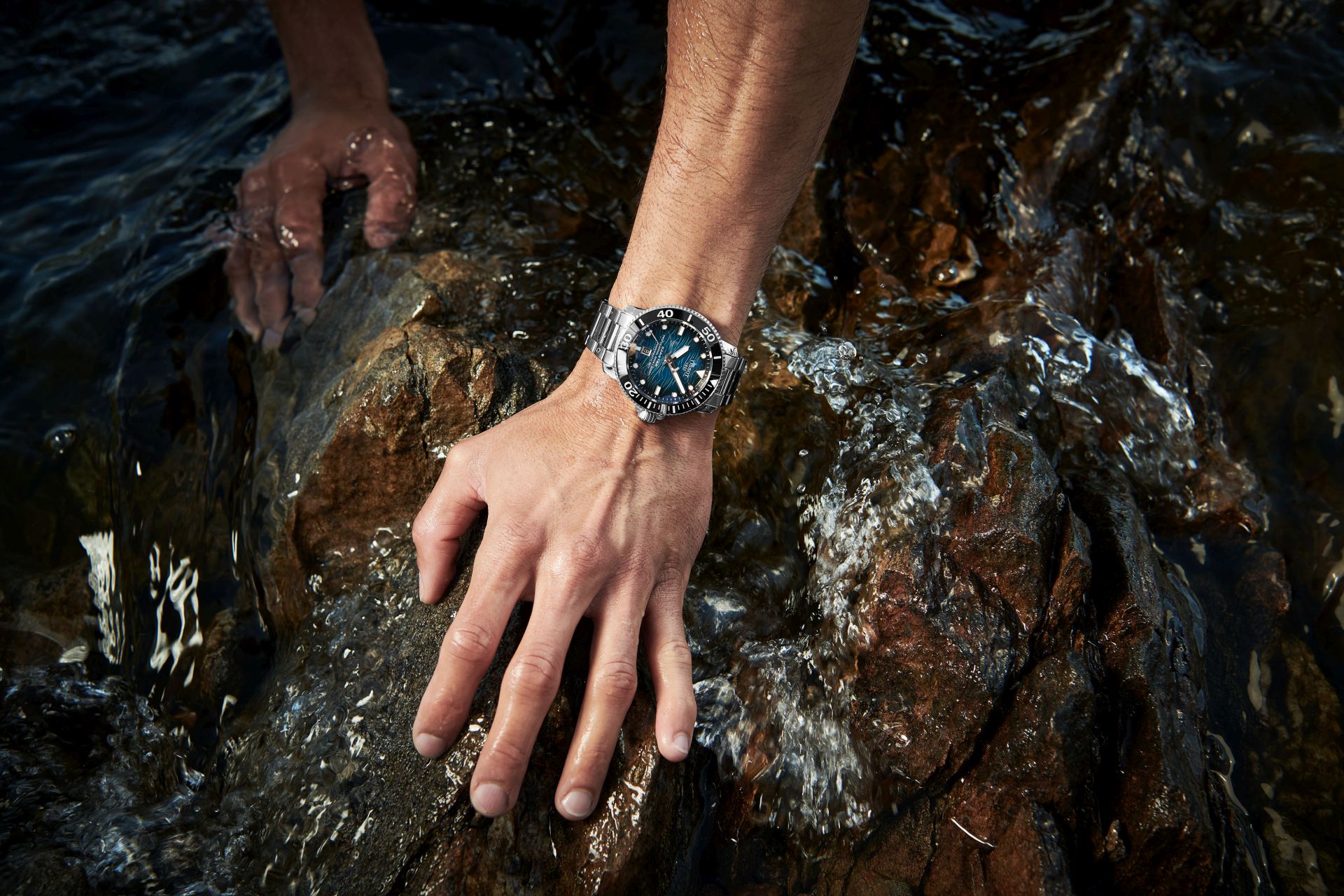 It does have a ceramic insert on the diving bezel, though, and a helium escape valve at 9 O’clock. This isn’t an essential for a diving watch, unless you’re a saturation diver. Those guys (and gals) spend lengths of time under the ocean waves at depths of hundreds of meters, living inside a chamber called a diving bell. It’s filled with a cocktail of gases, one of which is helium, which can seep past the rubber seals. It’s not harmful to the watch until the ascent to the surface begins. As the helium expands as pressure drops, it can pop the watch’s crystal if there’s nowhere for it to go. 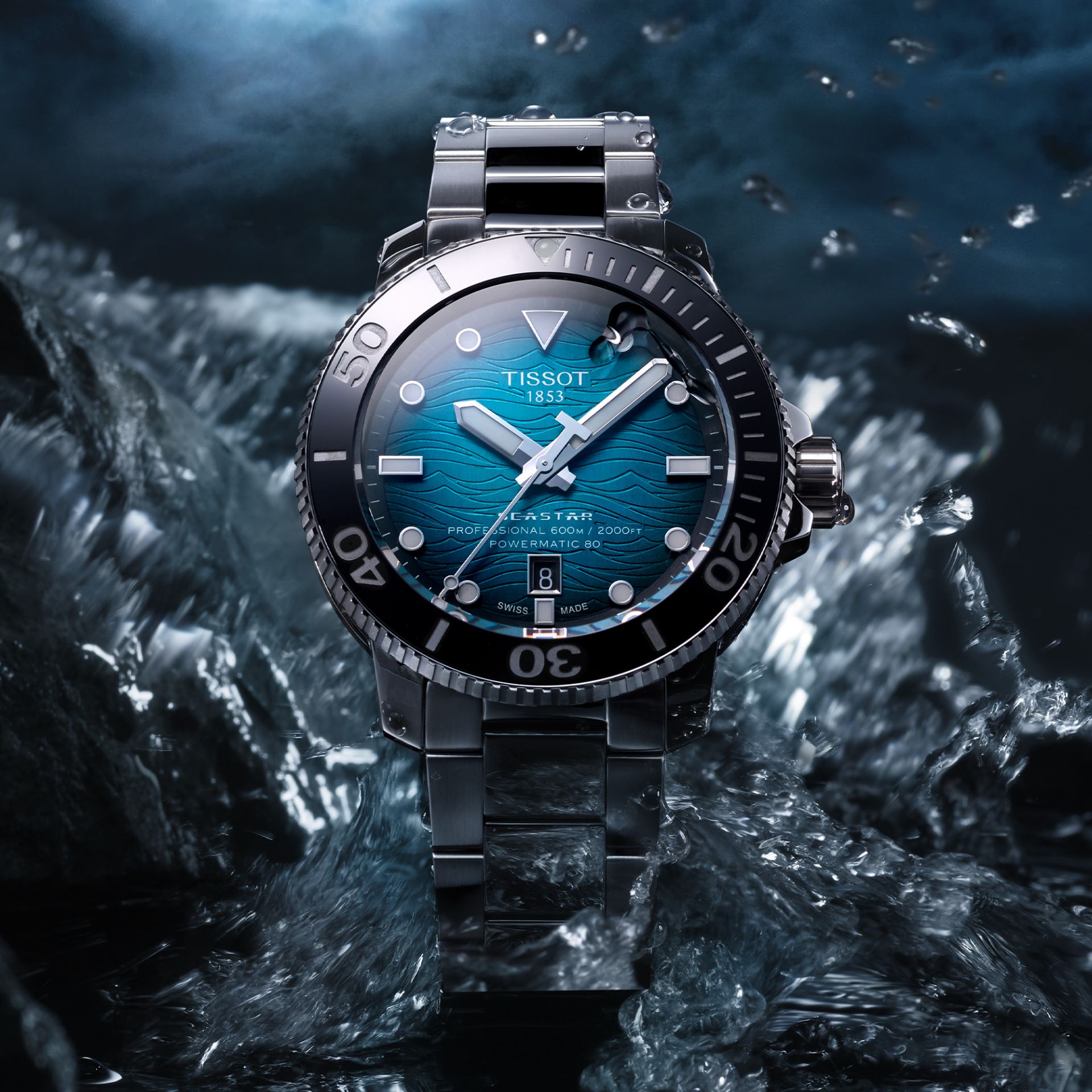 Inside this watch is Powermatic 80 calibre, which is an ETA C07.111 movement with a 3Hz beat rate, 80-hours of power reserve and a balance spring made of a magnetically resistant titanium alloy called Nivachron. It’s visible through the sapphire caseback. 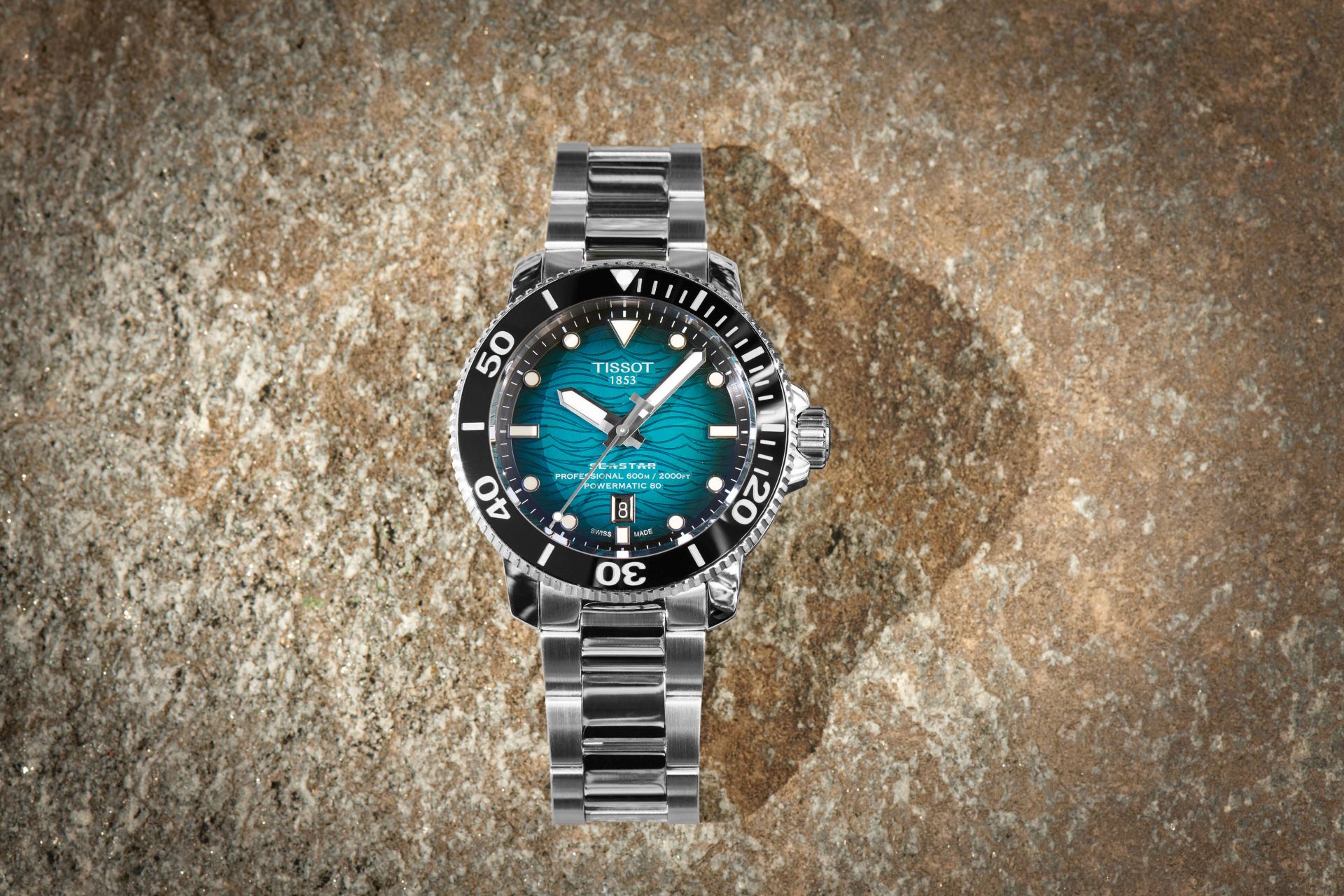 I like the gradient dial with a pretty wave motif on this watch. I also like the shapes of hands and makers on this, even the date window has a nice frame to it. There’s even a choice of dial colours, grey, turquoise or blue, and it comes on either a stainless steel bracelet or a rubber strap. Plenty of choices, plenty of design features, but the size might be too much for some.