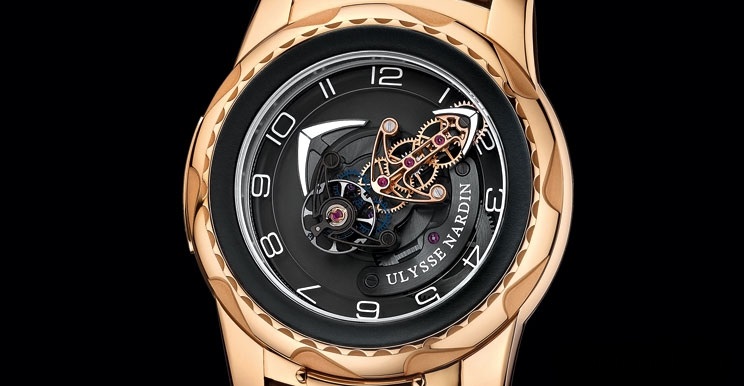 If you based your opinion on a watch from just getting one look at the watch, I can guarantee that there would be roughly 50% who say “yes, I’ll take one” and 50% that say “what on Earth were they thinking”? This is a polarising watch indeed, it’s also one I really like. 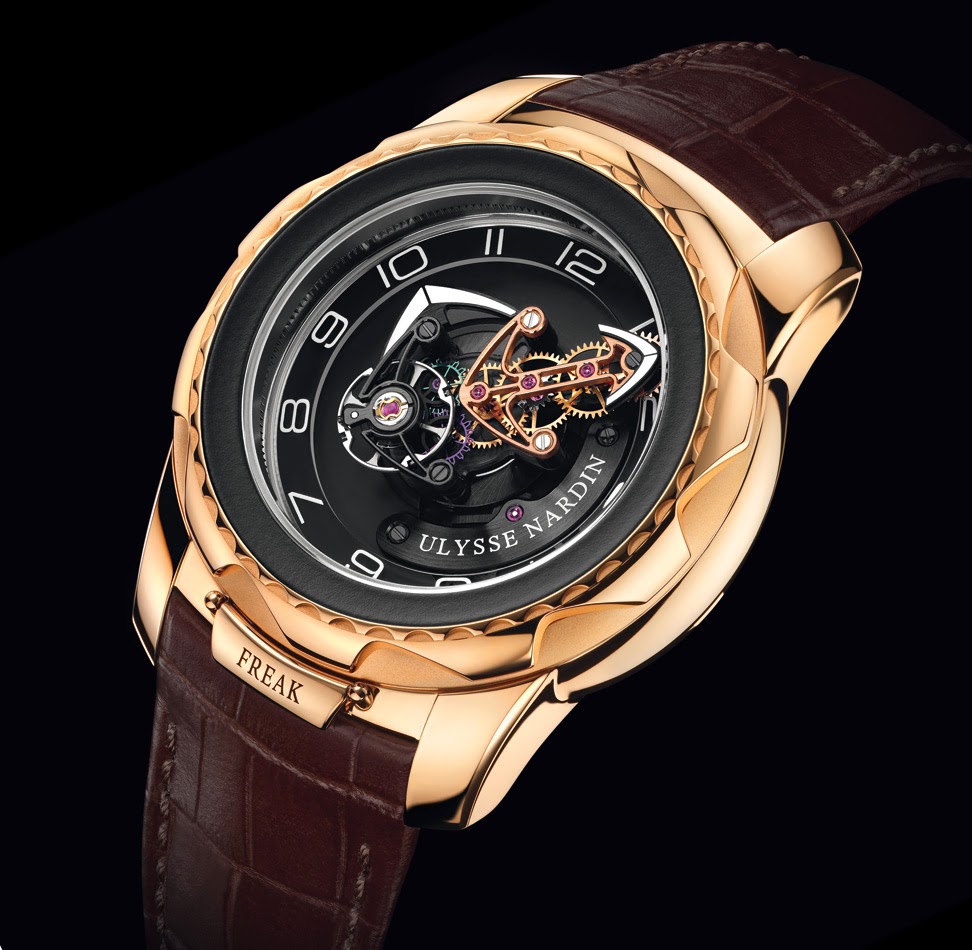 Let’s take a closer look at the dial. It’s a very long way away from the crystal, with good reason too. This is because the timekeeping method is mostly suspended on the dial. Hiding in plain sight is clearly Ulysse Nardin’s preferred tactic when it comes to the Freak collection. There’s a large white arrow close to the back of the dial arrangement in black. It’s the hour hand and is moved round by a large gear on the opposite end of the hand. It’s also got the words Ulysse Nardin written on the opposite end of it and a nice big gear wheel for those industrialists out there. If you’re down with the lads and ladies at Ulysse Nardin then you’ll know that the minute hand on the Freak series is where it’s at and it’s no difference here either. The minute hand at one end has an escapement in it and at the other is an old style ship’s anchor and the big white arrow that points to the minute. Behind this decoration are many gears that all connect together to move that hand around inside the dial. 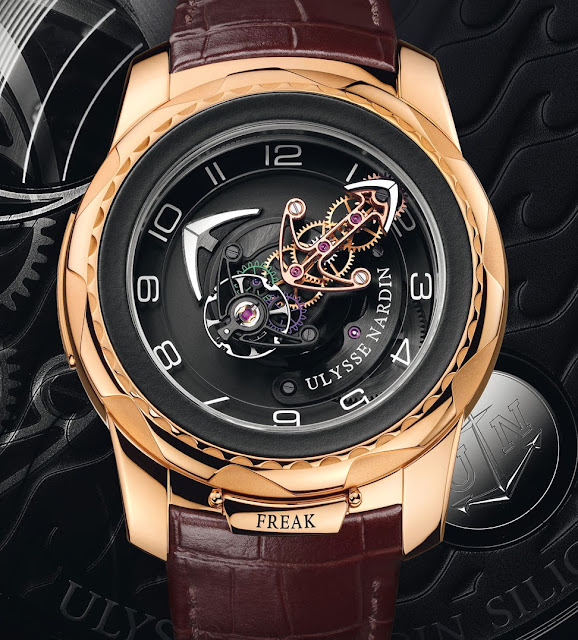 Apart from the sapphire crystal ring with the hour markers on, this watch has another unique feature that goes really well with those crazy hands. If you haven’t read any other articles on the Freak series then it may not have occurred to you yet that this watch has no crown. It doesn’t need one, either, because you change the time in a different way to a normal watch. At the bottom of the watch is a nameplate with ‘Freak’ written on it. Lifting that up will unlock the bezel of the watch. It’s a simple task then of moving the minute and hour hands and because there’s no date system it makes setting the watch much more simple. When the correct time is set you can simply flick the plate down and it’s locked again. Another mechanical bonus of this system is that you can move the minute hand forwards or backwards without putting strain on the watch movement. Winding the watch is a similar ordeal. There’s a plate on the side which you move and the back plate becomes moveable. Ulysse Nardin’s put an arrow around the sapphire crystal to show you which way to wind. It’s probably a good idea to use a stress ball to help you grip it more easily also. 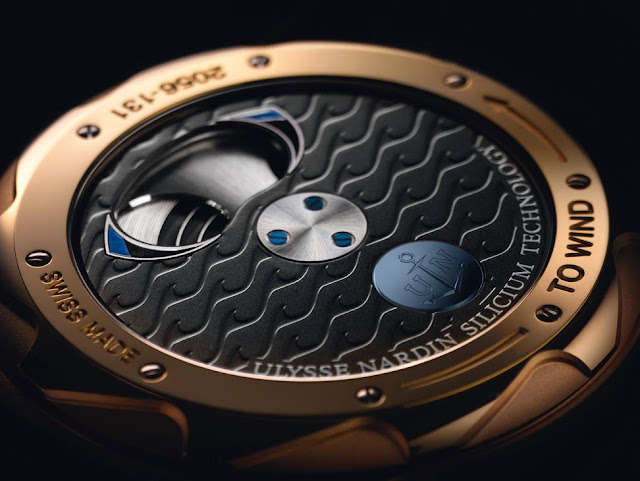 Ulysse Nardin has put one giant power reserve spring inside this watch instead of multiple smaller ones and provides an impressive 8 days of run time. There isn’t an indicator on this watch but there is a small window through the backplate that you can see the mainspring through. How close together each band in the spring is is your power reserve. 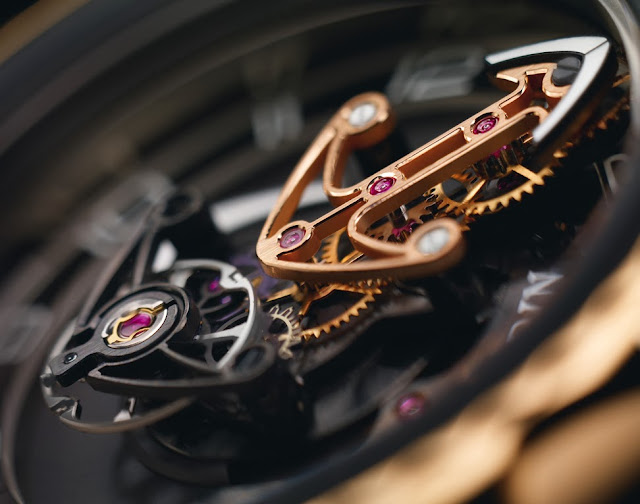 Speaking of the movement, if you’re familiar with the Phantom and Diavolo Freaks then you’ll be well aware that they’re tourbillon pieces. The cruiser hasn’t got a tourbillon on the dial and the bonus of that is it costs $50,000 less. Already this watch on it’s own costs near enough $90,000 already, partly because it’s only made in gold and the fact that there’s also all those goings on on the dial. Is it worth it? Yes, absolutely. If you’re tired of Patek, Vacheron and the like and you don’t fancy a Greubel Forsey then this is absolutely the watch for you especially if you love the mechanics of the movement. For more info, please visit ulysse-nardin.com