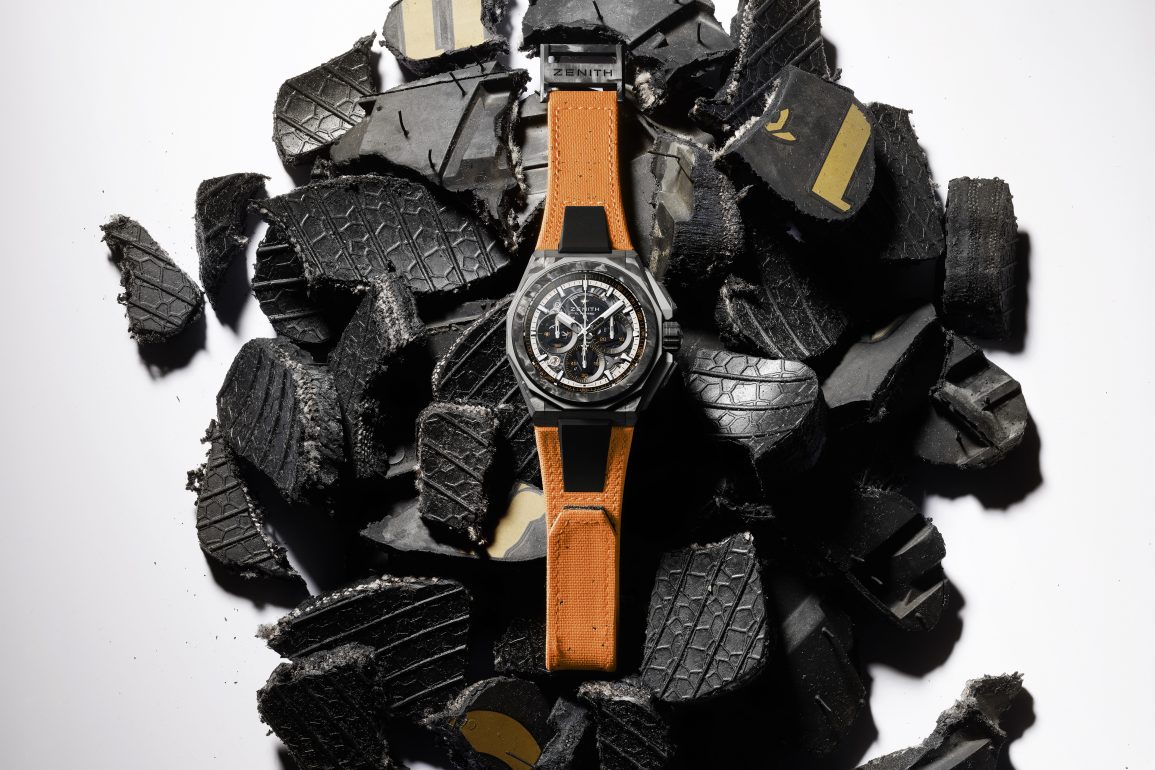 Zenith's new racing watch is electrifying in all the right ways.

In March, we showed you the Defy Extreme Carbon watch from Zenith. A super-lightweight, super-fast chronograph watch developed to mark Zenith’s involvement in the Extreme E racing series. Extreme E is the world’s first FIA-approved off-road rally championship dedicated solely to electric cars, hence the E’s name. There are big names involved, including Williams, ABT and McLaren on the technical side and drivers like, oh, the most decorated rally driver in history Sébastien Loeb. Loeb’s career hit it big time in the late 90s and early 00s behind the wheel of Citroën rally cars. Team Citroën is now the second most successful rally team ever, behind only Lancia. In Extreme E, Loeb drives for team X44 which Formula One superstar Lewis Hamilton founded.

As Zenith is a founding partner and the official racing timer, it makes sense that they’d make a special edition watch to mark the occasion. The Extreme E series is currently powering around Sardinia, Italy, although as I write this article, we’re between Part 1 and Part 2 of that rally. It seems they’ve stopped for the weekend, too, and I can’t say I blame them. 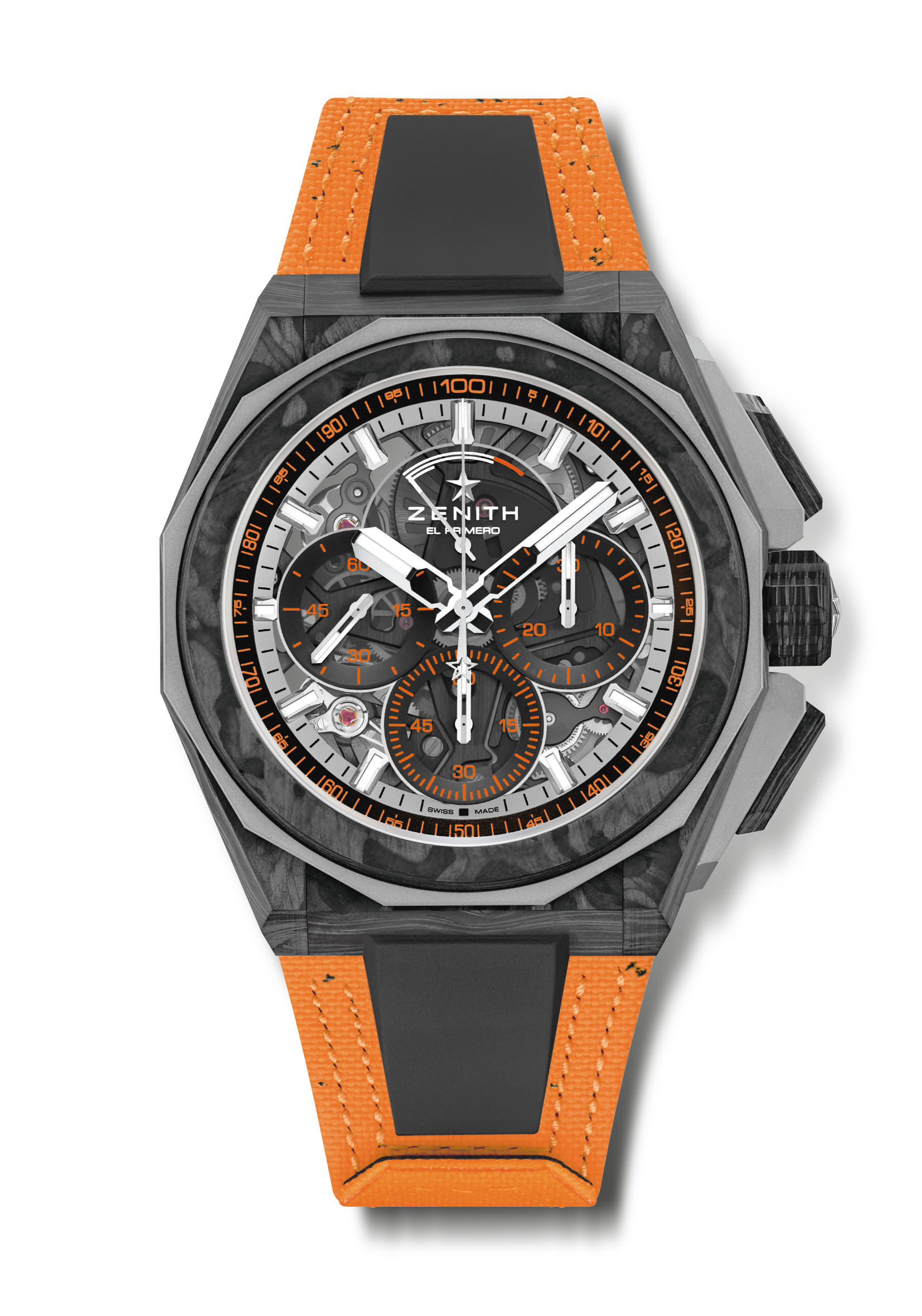 The watch is bold, with strong orange and black contrasts to mark the colours used by the championship. The 45mm case is made of carbon fibre, so, like the last version, it’s very lightweight. Any metal attachments, such as the surrounds to the chronograph pushers and the piece sandwiched between the case and top bezel, are made from microblasted titanium to save weight and add material diversity. The strap is velcro and is partly made from recycled Continental tyres used in the first rally stage; Continental is another race partner. There’s also a solid black velcro strap and a black rubber strap thrown in, but the orange and black strap looks the best. 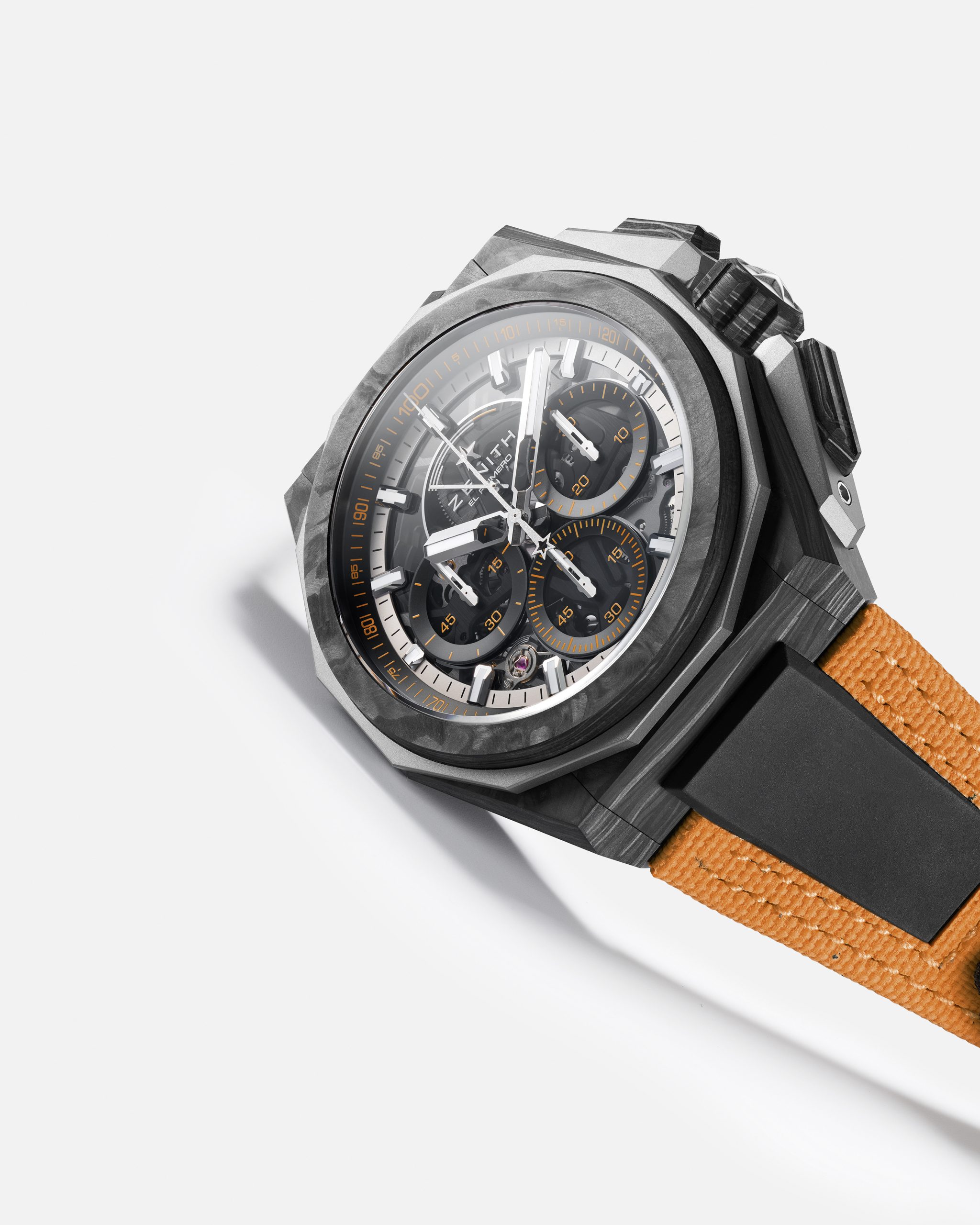 As orange is the central theme, it ends up on the markers of the subdials for the chronograph and the chapter ring. I’d need to see it in person to tell you whether these rather dark-coloured markings stand out enough to be legible on the wrist. However, due to the case size, I’d wager they’re readable. There is some SuperLumiNova in there, too for nighttime viewing. 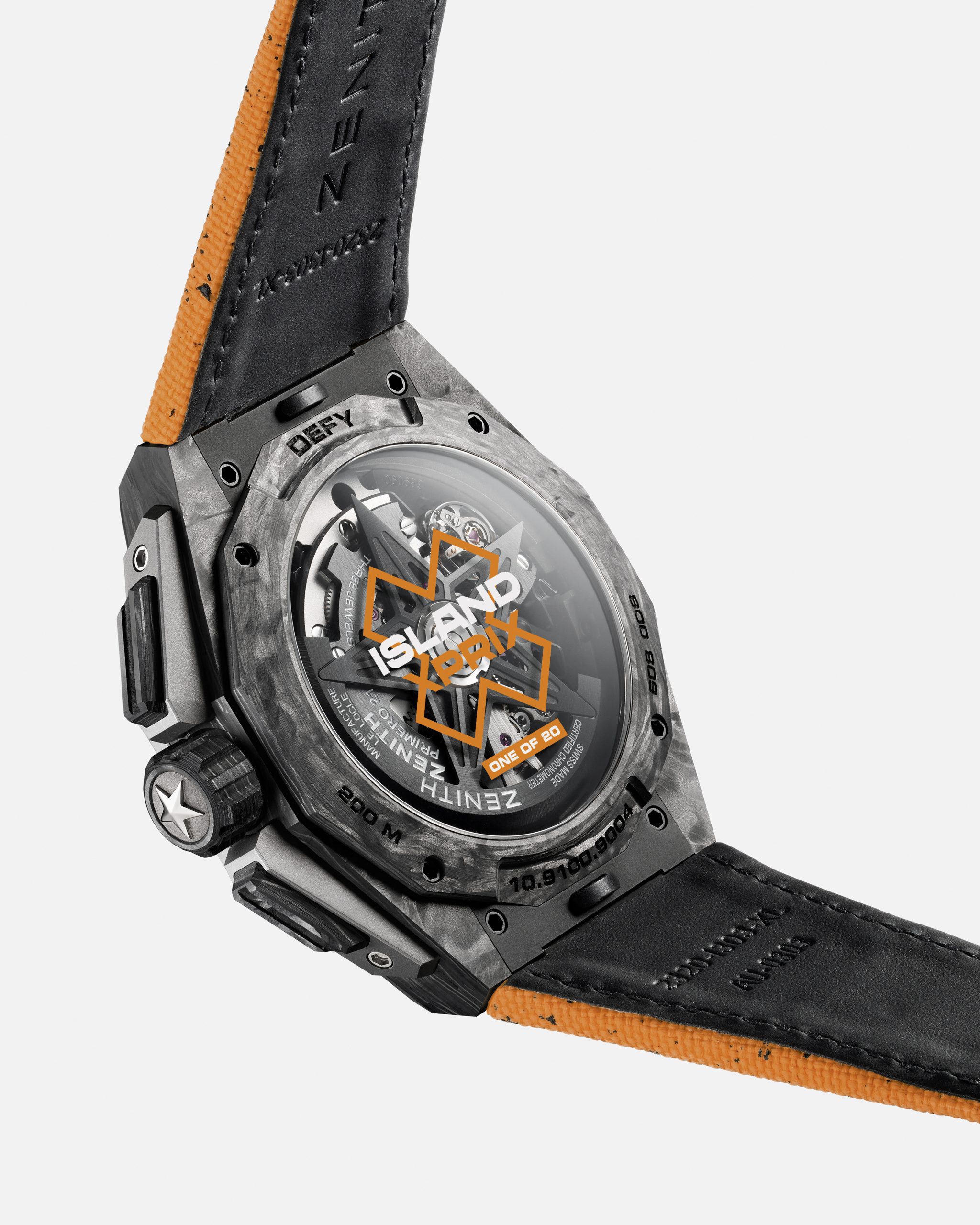 The dial layout is standard for this movement, the extraordinary calibre El Primero 9004 Automatic. Above the Zenith logo is the power reserve for the chronograph, which is powered and operated independently from the movement. Although I’ve explained this many times before, let me cover this ground again as it’s way cool. Although it’s treated as one entity, there are two movements in this watch.

Introducing The C By Romain Gauthier Watches In Platinum 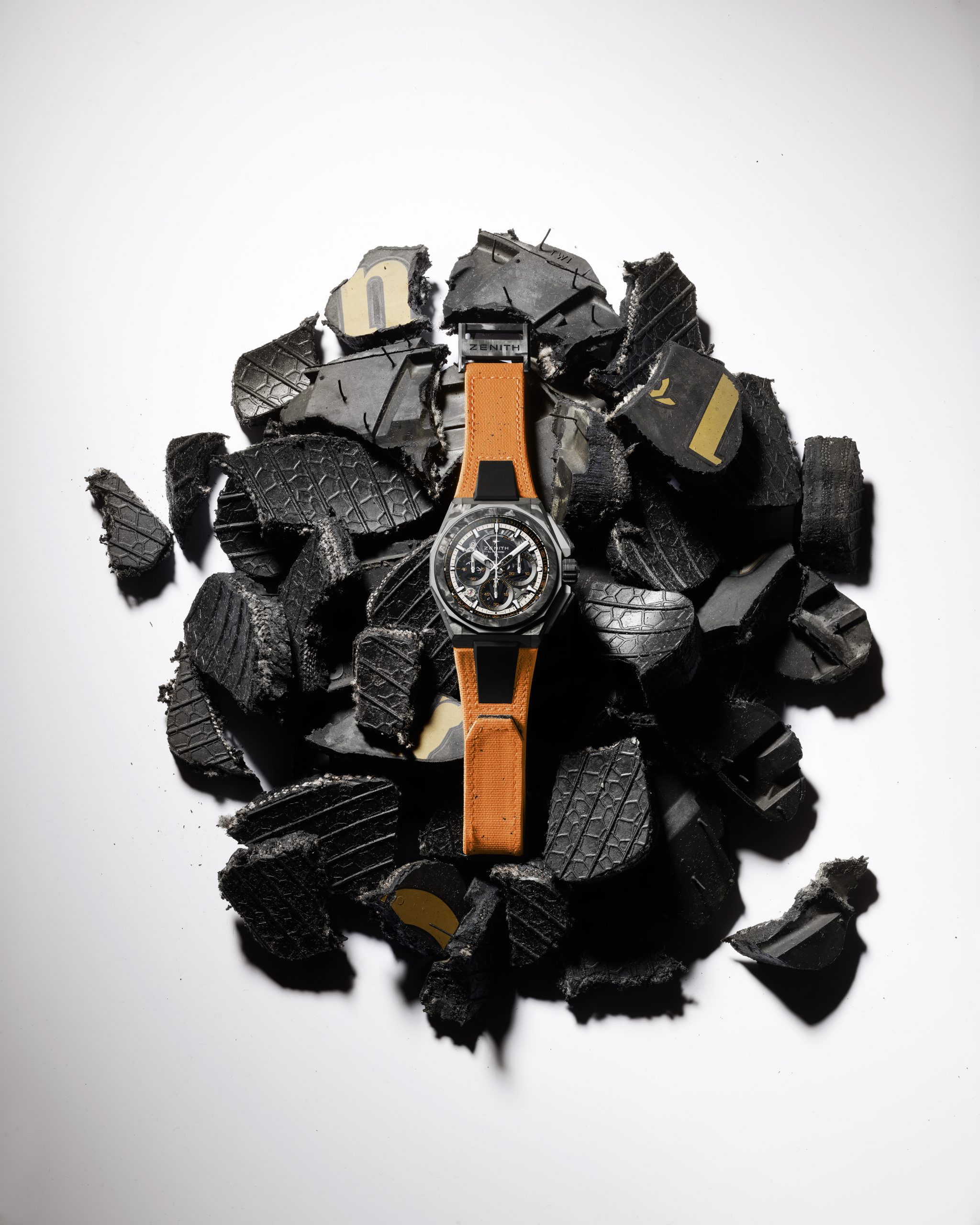 For regular timekeeping, the watch runs at 5Hz for at least 50 hours in everyday usage and is automatically wound for convenience. However, activating the chronograph begins a flurry of activity as the chronograph seconds hand sets off at a dizzying pace set by the 50Hz chronograph escapement. This immense speed isn’t sustainable for 50 hours as it draws too much power, but it is accurate enough to time 1/100th of a second. Maybe you don’t have a use for that. Who cares? It’s awesome engineering. The chronograph is powered separately hence the power reserve on the dial. All this is visible through the front and back sapphire crystal, although I’d argue the front is more interesting in this case.

Limited to just 20 examples in this specification, this watch will retail in Zenith boutiques and their online boutique for CHF26,900.