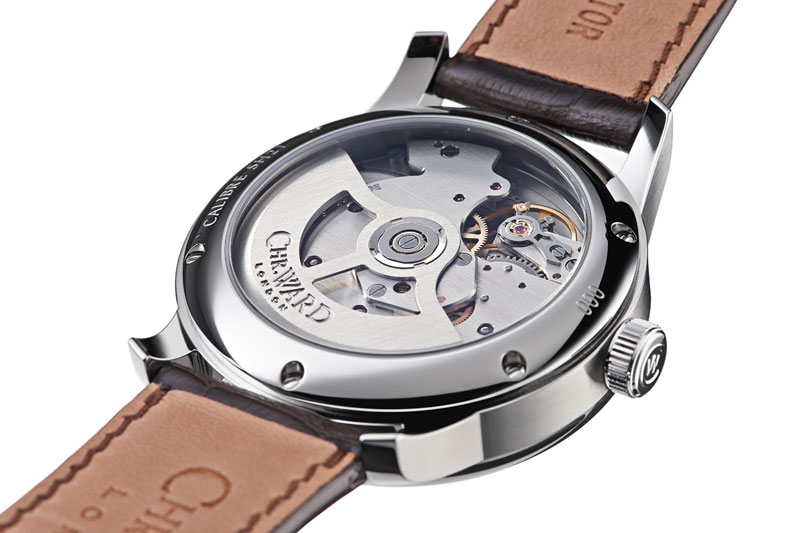 A Big Step for Christopher Ward

So the news broke big and wide last week, Christopher Ward can now join the ranks of watch companies that have their own proprietary movement.

The Calibre SH21 is Christopher Ward’s first in-house movement and it opens up a wide range of possibilities. Johannes Jahnke is the man behind SH21’s design, which according to the folks at Christopher Ward is entirely made in Switzerland.

Like many of the newer self-winding movements coming to market these days, the SH21 is not only a stand alone movement, it has been designed and constructed to act as a base of sorts for further possible adaptations. As it stands you have hours, minutes, seconds and the date. But the idea is that it will then be adaptable to accommodate other functions without the need to come up with a completely new movement. Offering 5 days of power reserve, this movement powers Christopher Ward’s new C9 Harrison 5 Day Automatic.

The development of the SH21 is in no small part due to the recent merger of Christopher Ward with Synergies Horlogères SA. With the addition of a proprietary movement, it will be interesting to see where this will lead. It is important to bear in mind, that while this is an exciting development, it does not magically confer “manufacture” status – but then again, I am often found struggling to find 5 people who will agree on EXACTLY what that means.

Here’s my 2 cents – There are a LOT of watch brands out there that have their “own movements” who in fact are not even ASSEMBLING their own watches – that is something left to private label brands and assemblers. Now on the one hand, there is nothing wrong with that, it certainly provides jobs to the private label companies. But on the other hand, assembling the watch itself is one of the FEW things that you can do as a brand that really puts your name on it. So news of a proprietary movement is important, but it needs to be viewed in light of the bigger picture.

So hopefully this is a positive first step in the evolution of Christopher Ward. Time, as ever, will tell.