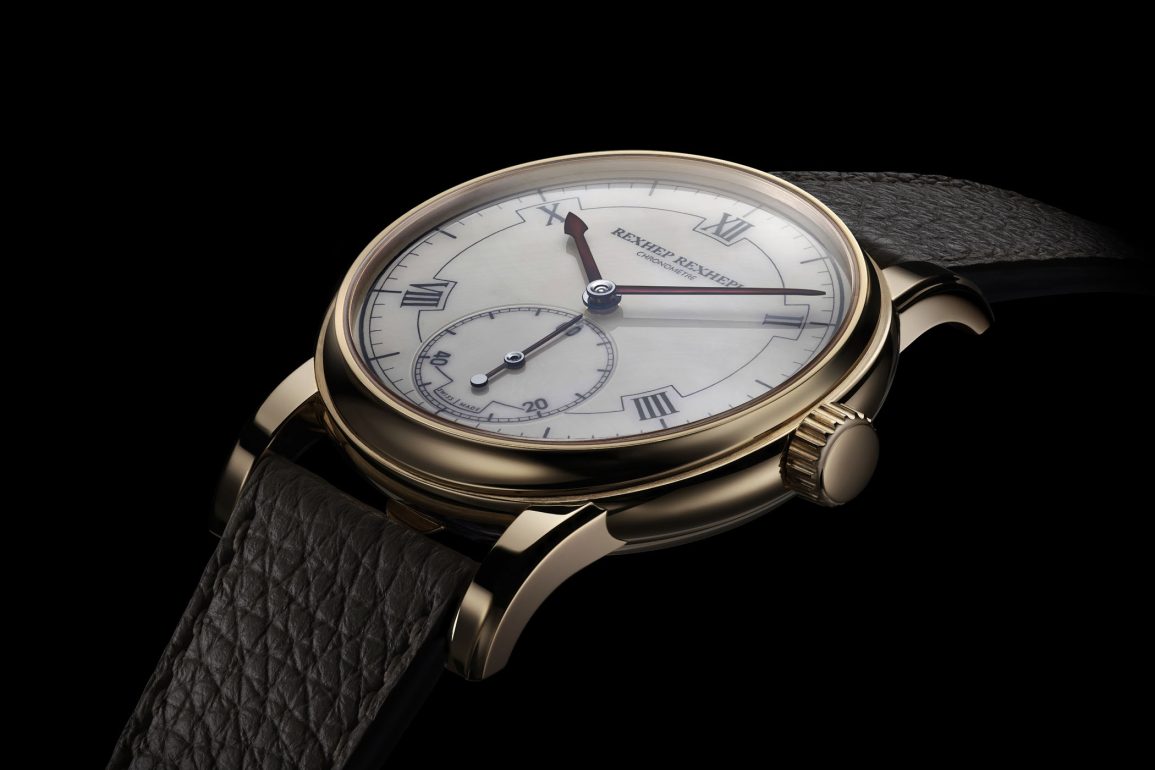 A new look but the same old brilliance from Rexhep Rexhepi.

Those of you, like me, who are fascinated and excited in equal measure by the rise
of independent watchmaking, may have come across a certain company called
Akrivia. Started in 2012 by Rexhep Rexhepi, the brand took the watch world by storm with the release of the Chronomètre Contemporain. 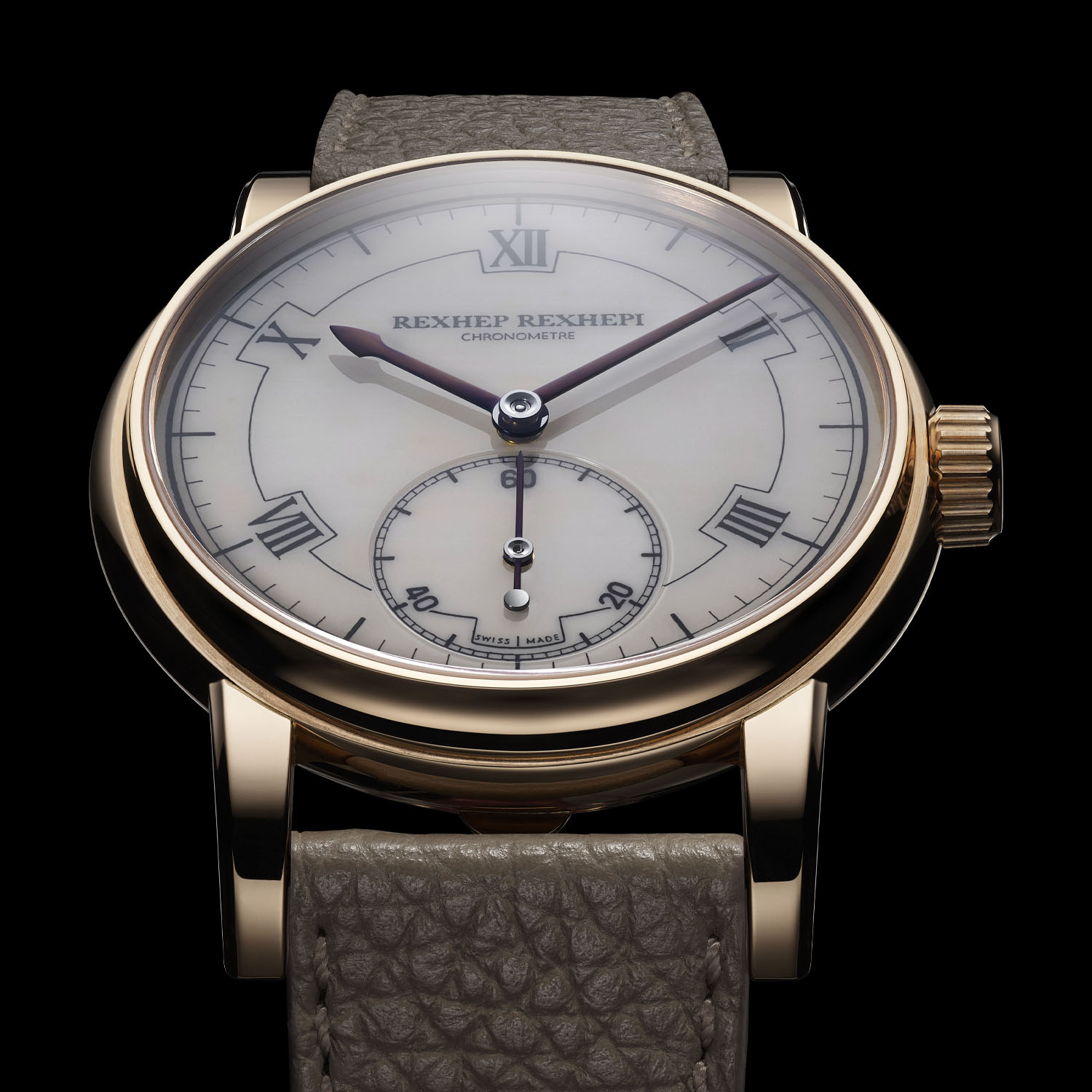 At 26, Rexhep left his job as a watchmaker at none other than F.P. Journe to pursue his own passion for watchmaking. Just six years later, in 2018, Rexhep really put himself on the map with the release of the original Chronomètre Contemporain. The
watch was a huge success, for which he went on to win the prestigious Men’s Watch prize at the Grand Prix d’Horologerie de Geneve (GPHG). Since the success of this release and the popularity of his watches amongst collectors and enthusiasts, the Akrivia team have spent the past four years working out how to better such a
brilliant watch. Without seeing the watch in the metal, I would say that the Rexhep
Rexhepi Chronomètre Contemporain II (RRCCII) is a fitting follow-up to the first
release. 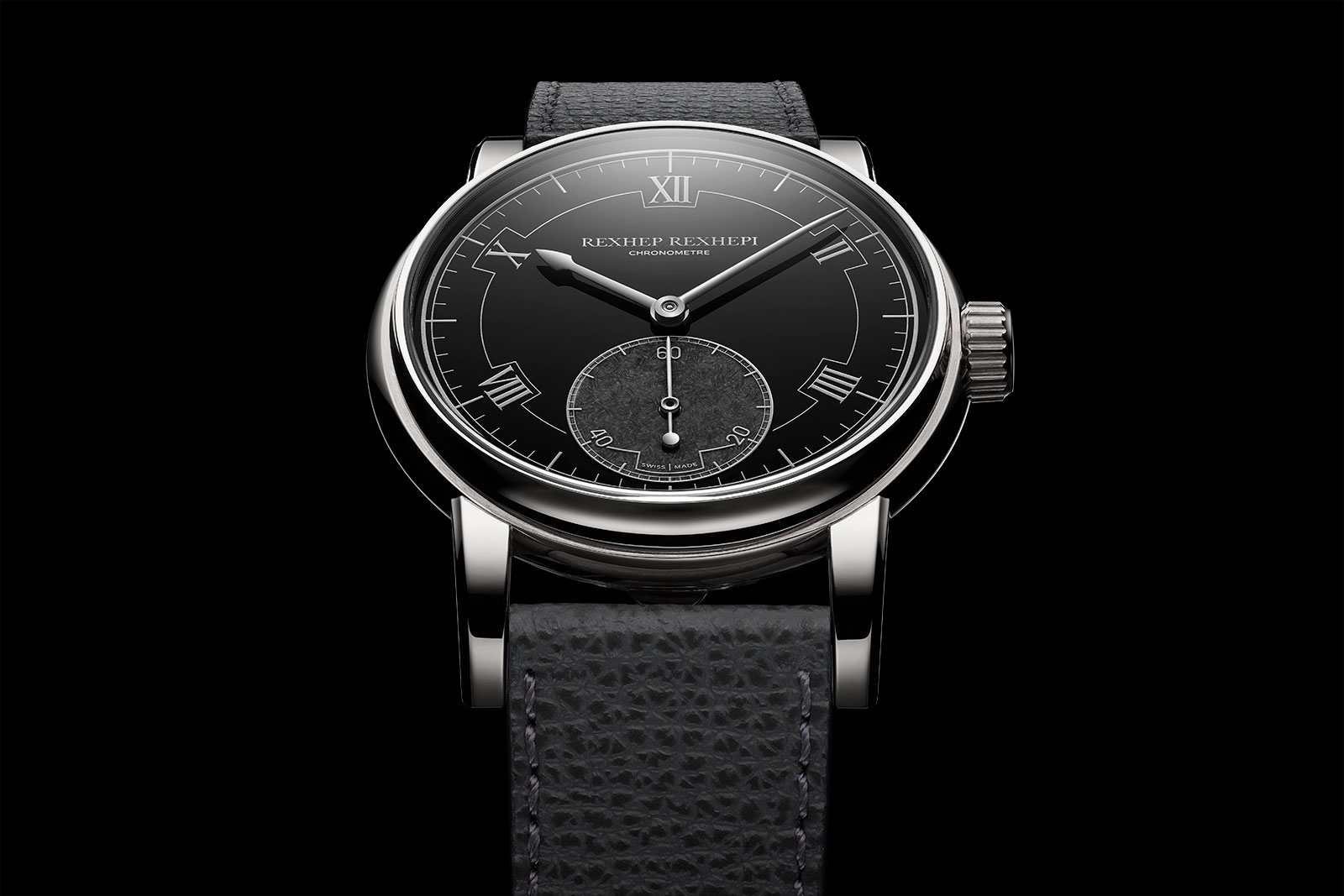 The watch comes in a limited, and I suspect already allocated, run of one hundred pieces, fifty in platinum and fifty in 5N rose gold. The case is based on the case utilised for the original Chronomètre Contemporain, with subtle updates for this release. The evolution of the case in this instance has had input from a true legend of the watchmaking scene. The designer credited with crafting cases for the likes of Audemars Piguet, Vacheron Constantin and Patek Phillipe, Jean-Pierre Hagmann, who has been persuaded out of retirement at the ripe old age of 81, to oversee the design and creation of the updated case.

The cases are crafted by hand, using antique machinery and traditional methods. For true watch nerds like me, this is about as good as it can get in terms of case design and manufacture. The case is now crafted out of 15 total components, and features a slimmer profile than its predecessor, coming in at 38mm x 8.75mm and features an upsized crown for an easy grip when changing the time or winding the movement. 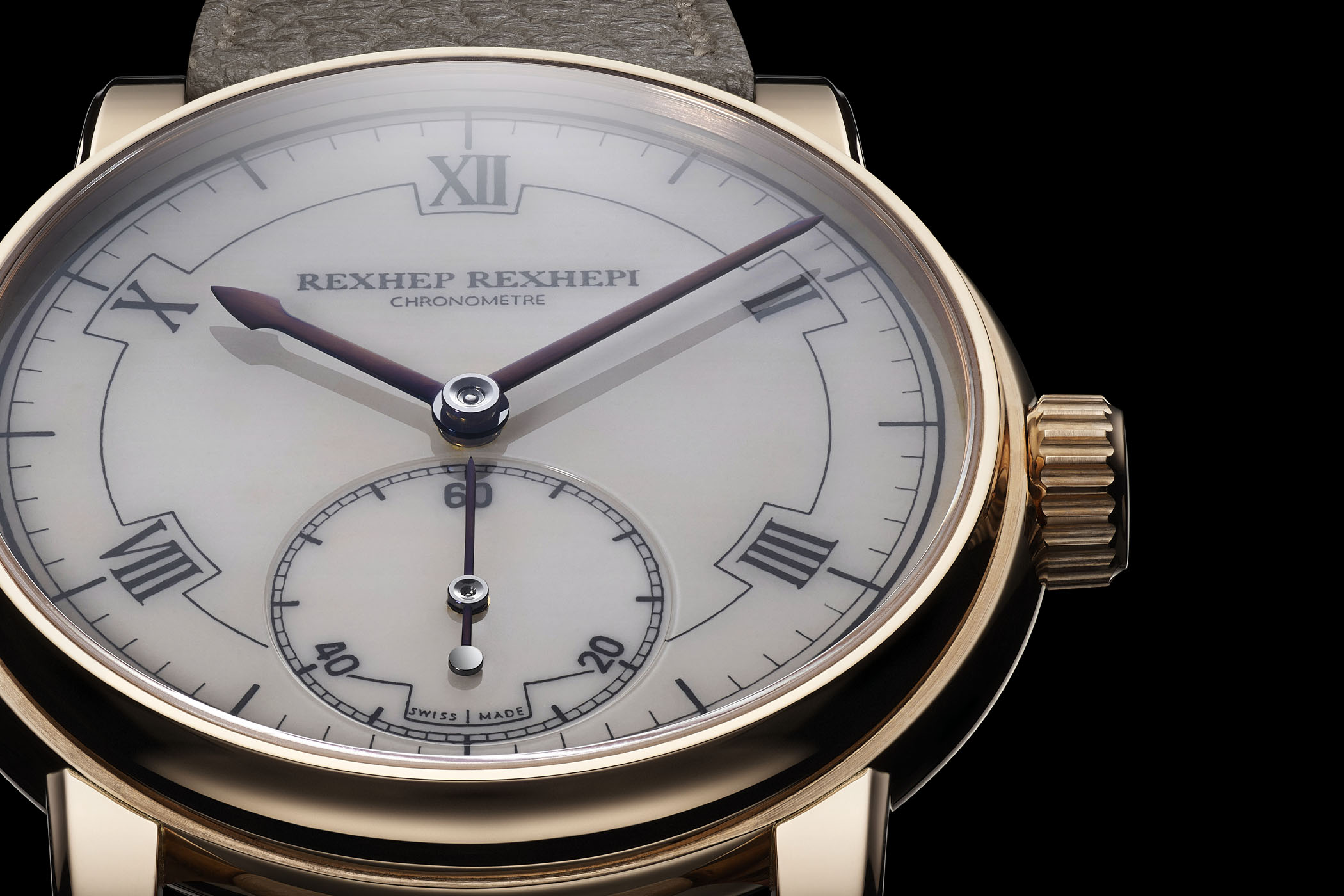 Where I suspect most of the past four years has been spent is on developing an
entirely new movement. This updated movement still maintains the zero-reset
seconds mechanism, and offers a similar aesthetic presence, which can be seen
through the display back. It is also drop-dead gorgeous, so being able to marvel at it through the case-back seems like a no-brainer. The other cool feature of the new movement is that is provides a deadbeat sub-second in a sub-dial at 6 o’clock. Whilst this may seem like a relatively minor update, given the original RRCC provided hours, minutes and seconds, Rexhepi was quoted as saying “The first Chronomètre Contemporain had hours, minutes, and seconds, and the second still only has hours, minutes, and seconds – but it is twice as complicated as the first.” What he means by this is what he had to do to the movement in order to introduce the deadbeat functionality. 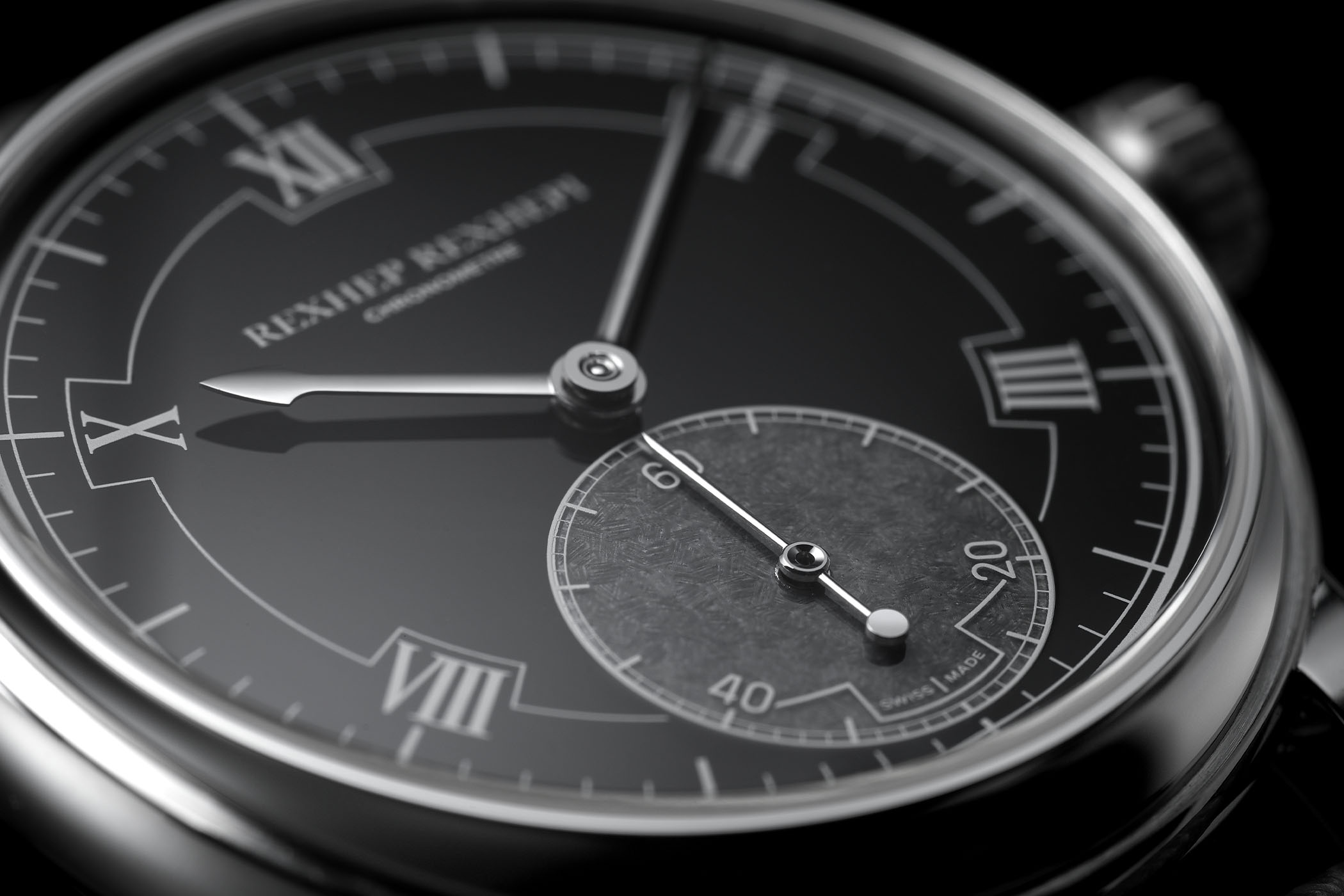 A deadbeat seconds is a rarely seen complication in watchmaking, and certainly in ‘mainstream’ watchmaking. It is also a rather ironic complication, given that it takes a lot of movement development to create a mechanical watch that ticks like a cheap quartz. It’s a mechanical complication which has been engineered so that the seconds, or in this case, sub-seconds, hand ticks like a quartz movement. Whilst it is seldom seen today, brands such as Arnold & Son (who sadly I bear no relation too!),
Grönefeld and A.Lange & Söhne all produce or have produced movements featuring this quirky complication. To offer an explanation of sorts, your typical mechanical movement typically beats at between 3 and 5Hz, which means that the movement splits a second up into between 6 and 10 pulses. A deadbeat seconds requires 0.5hz, which would mean implementing a balance wheel significantly larger than a wristwatch could house. The most common way of creating the staggered ticking motion (but not the way used in the Chronomètre Contemporain) is to use a second escapement driven off the fourth wheel of a movement’s geartrain. On a standard mechanical movement the fourth geartrain is the one responsible for the running of the second hand, and if engineered correctly, can take the standard running second and slow it down into a deadbeat. Alongside a regular tourbillon, deadbeat seconds
is the complication used the most for bragging rights. Completely superfluous, but one that incredibly talented watchmakers use purely for the fact that they have the technical know-how. 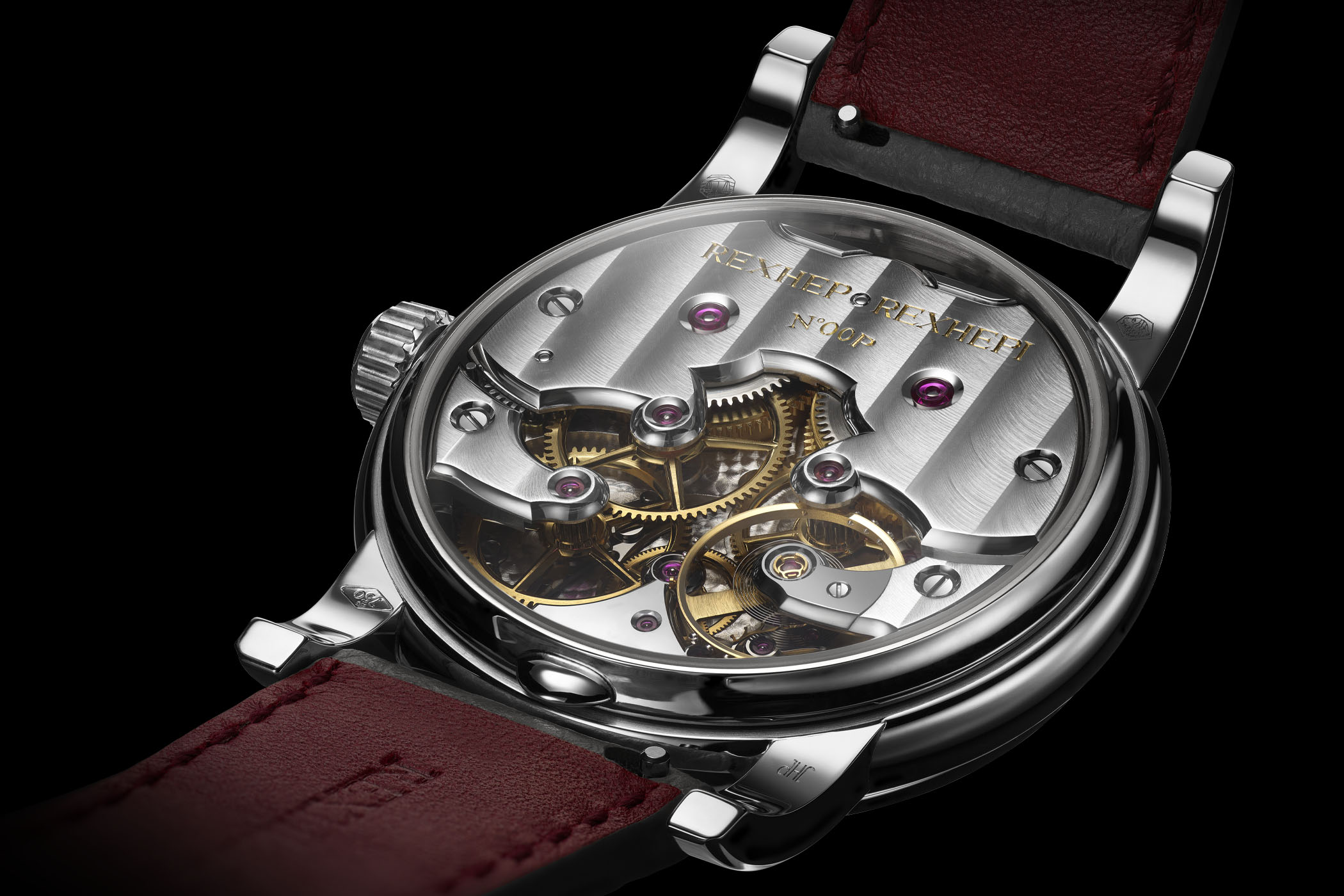 In developing the new movement, Rexhep had to do a few rather interesting things. The new movement has been built with a secondary gear train and mainspring solely to power the jumping seconds function. He also had to incorporate a star and flirt mechanism. This uses a star-shaped wheel and a spring-powered lever called a flirt.
By decoupling the geartrain from the hands and diverting that power through
another spring-powered geartrain, the Chronomètre Contemporain removes the
effects of variations in the beat rate of the escapement and enhances the watch’s
accuracy.

Like its predecessor, the dials are finished in grand feu enamel, either white for the
rose gold case, or black for the platinum case. The dial layout is the same as on the
previous version, with the large alternating Roman numerals and the almost sector dial around the inside of the minute track. Simple, uncomplicated and very good to kook at, Akrivia certainly know how to design and finish a dial. The strive for technical perfection extends into the application of the sub-seconds dial on this updated version. The sub-dial on the black dial version has a slight texture to it, if you see the dial close-up. This has been achieved by what the Akrivia team call “gratté” which is
a process whereby the pattern is hand engraved on the base enamel surface of the dial, following which a layer of translucent grey enamel is added. Whilst this is a subtle detail, in close-up photos the texture is gorgeous. 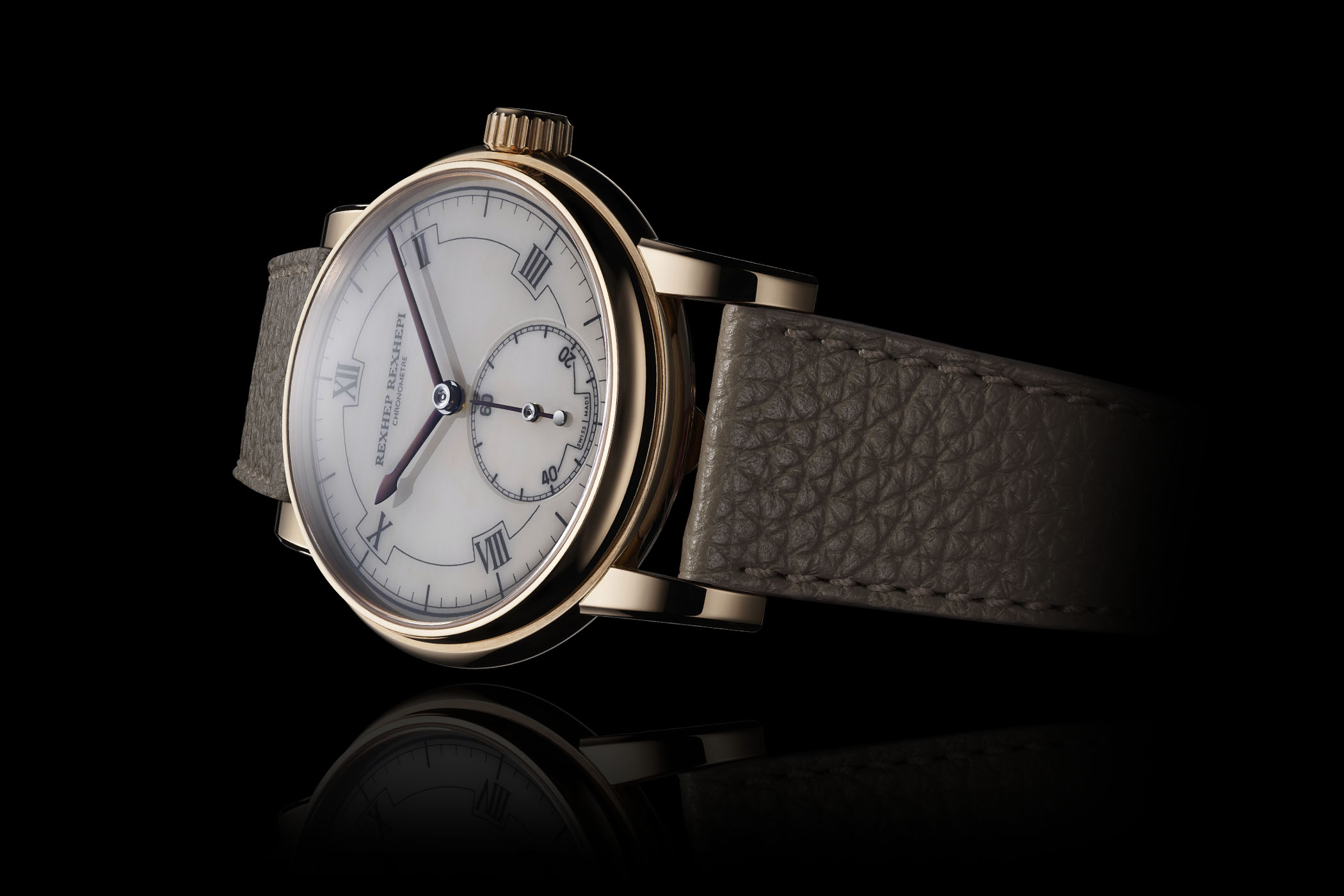 Akrivia is a brand who are relatively unknown to the ‘mainstream’ watch collector. Those of us who are lucky enough to know or have seen some of the brand’s work will know that they are not in the same realm as an MB&F or a Greubel Forsey. Akrivia focus on technical excellence on all levels. Frankly, anyone who can persuade 81-year-old Hagmann out of retirement to help them develop cases clearly knows what they are talking about. The beauty with the Chronomètre Contemporain is that to look at it seems like a very simple watch, hours, minutes, seconds, and not a lot else. But the attention to detail, craftsmanship and ingenuity in every single facet of the watch makes this watch an understated horological marvel. A Chronomètre Contemporain, like the lofty heights of a Roger Smith, has been on my ultimate grail of grails list for some years now, and even if I got the chance to get hands-on with a Chronomètre Contemporain I would count myself incredibly lucky. 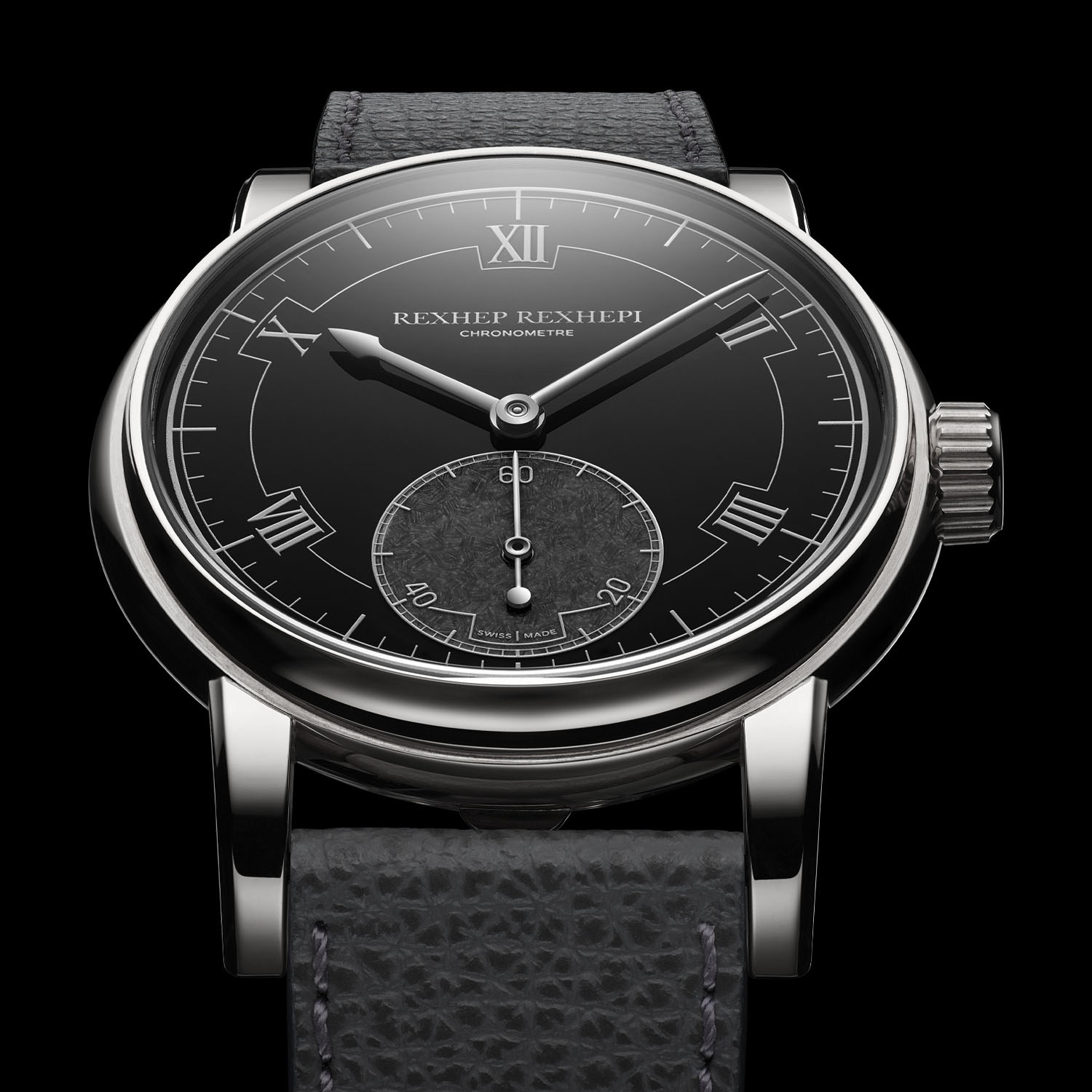 This watch really is a home run, it takes everything that the original Chronomètre
Contemporain was so beloved for, and finely tunes every single element; case, dial and movement to make this not only a fitting follow up, but another fantastic release from the team.