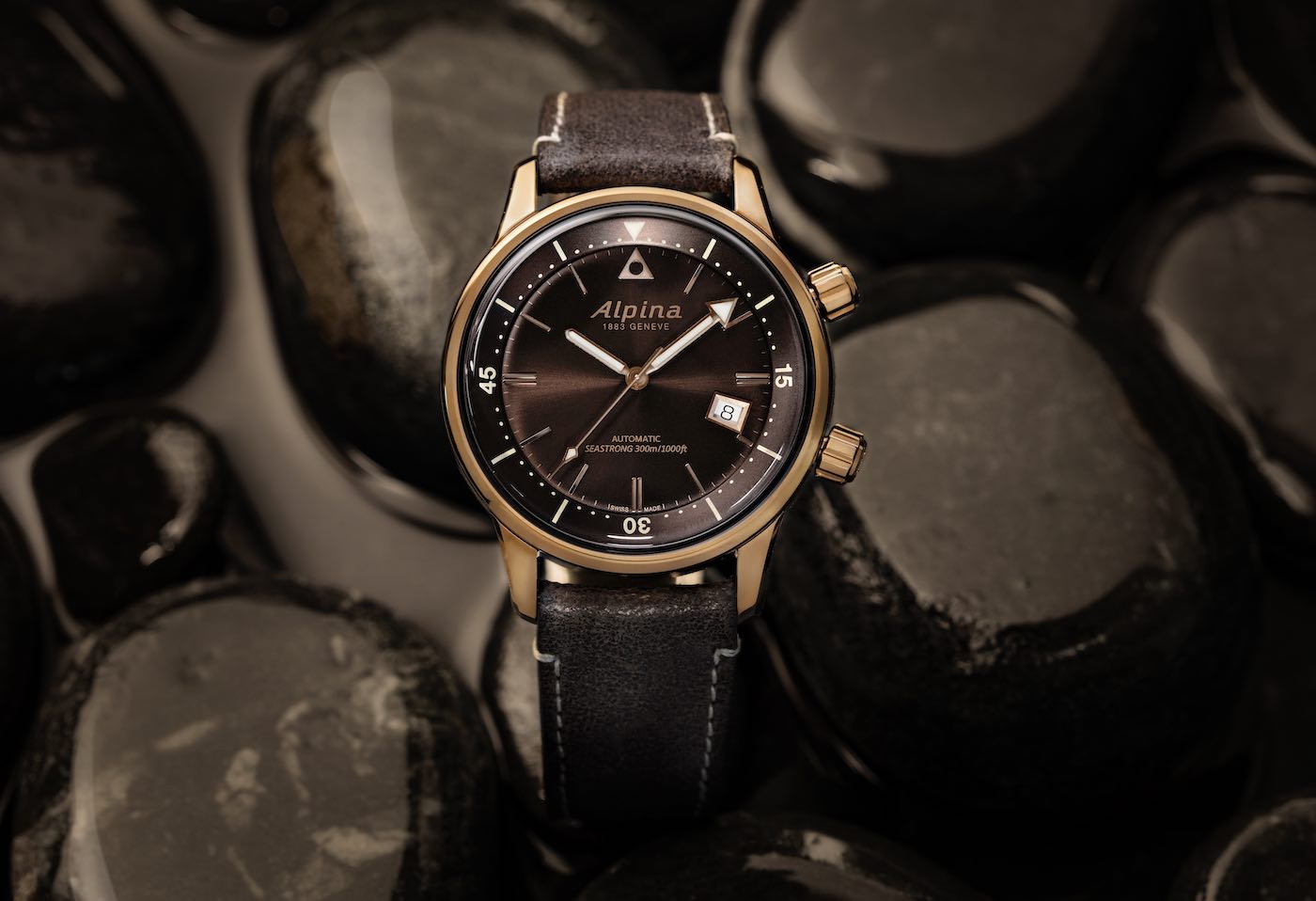 Hey, look, it’s another edition in a really long line of vintage style re-issue watches from yet another brand that’s older than we remembered! Seriously, what is it with vintage re-issue watches these days? We’re up to our ears in them here at WristReview, and while there is something to say about reliving the nostalgia while having better construction and technologies than in the past, and it does dodge the potential minefield that is the vintage market, but picking up an actual vintage and owning a piece of history can be just as satisfying in another way. It’s why so many of us choose our pets from shelters looking to rehome abused animals, for instance. The only way Alpina is abused is the fact that it’s forgotten so often in conversations. The market it plays in is extremely hot, this watch, in particular, is going up against one of our most favourite re-issue: the Longines Legend Diver, so it has to be good. 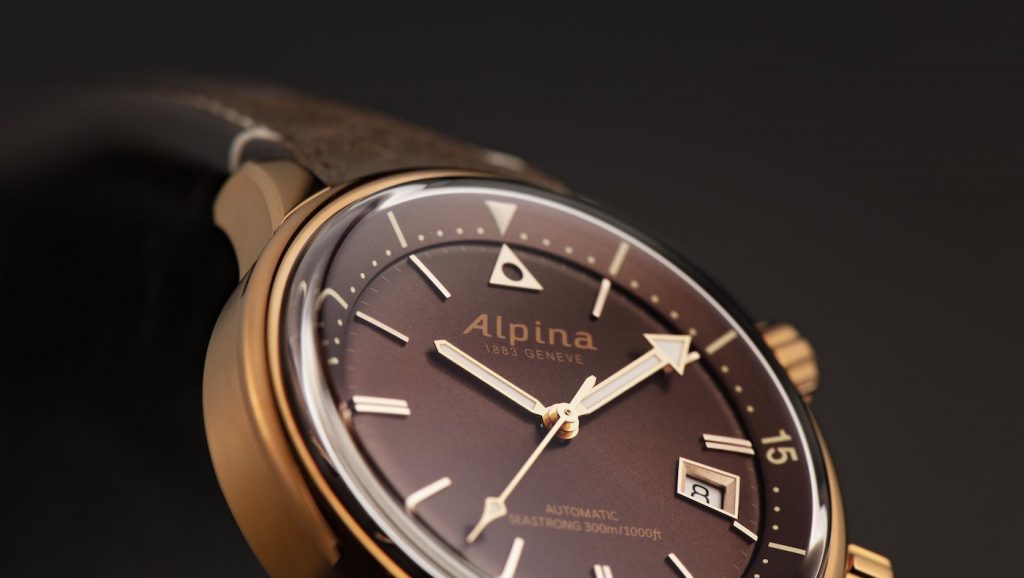 Luckily things look to be set in Alpina’s favour. The price is a reasonable $1795, which is a little more than its non-sun-kissed bronze Super Compressor brother. What you get for that is the same Sellita SW-200 movement as the non-heritage model, which in this watch has been called the AL-525 calibre. It runs at 4Hz, has 26 jewels and a meagre 38-hour power reserve. 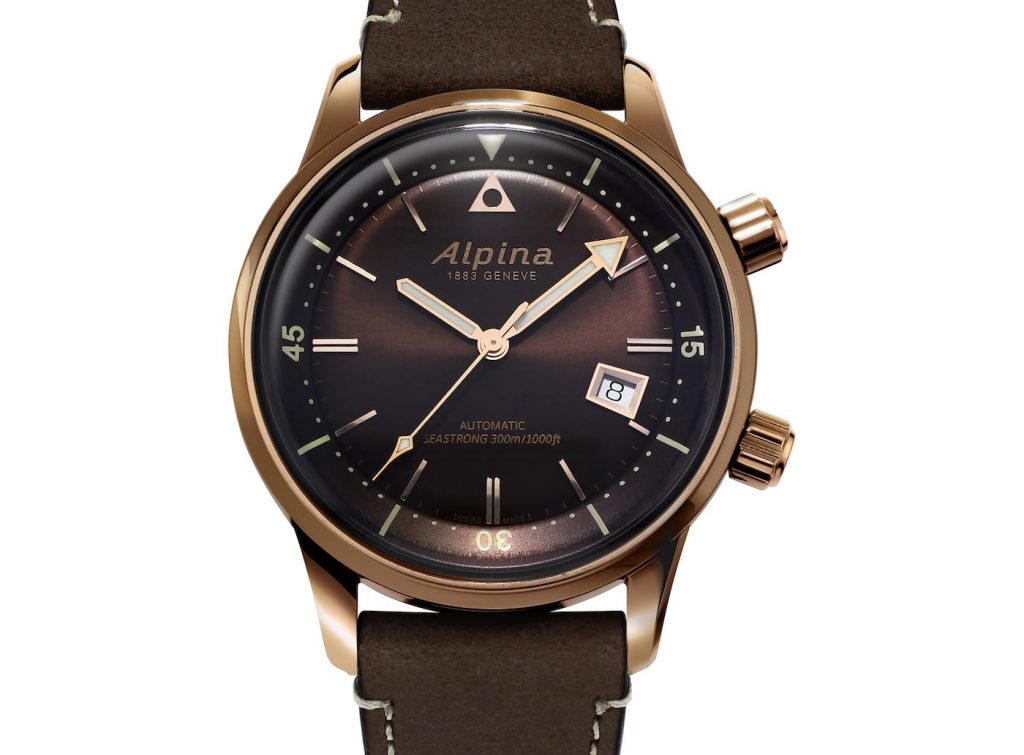 Surrounding that movement is a 42mm bronze coloured case. Note the used of the extra adjective ‘coloured’. This bronze effect comes from a bronze PVD which is applied to a stainless steel case. It doesn’t tarnish (or patina for some folks) like a solid bronze watch will, but on the flipside that keeps the watch looking cleaner as it goes through life. So, it seems that bronze is still a much-loved trend kicking around from the mid-2010 like using Snapchat. 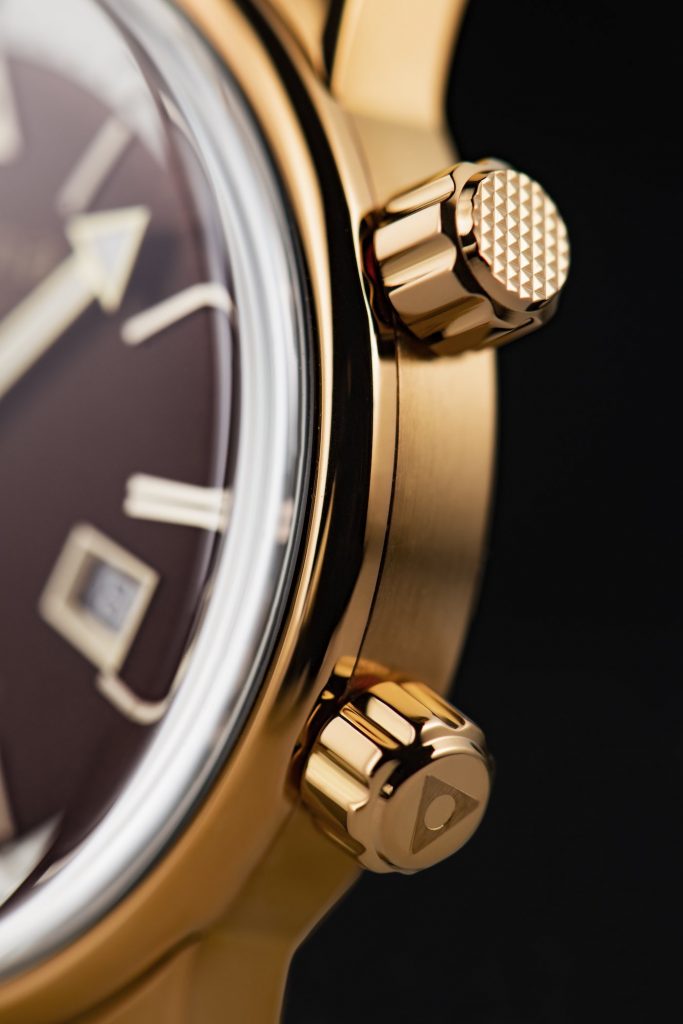 The twin crowns are part of an indication that this is more than just a simple diving watch. One operates the functions of the movement, including adjusting the date, while the other operates the rotating bezel which is nestled in next to the dial. Watches that look like this tend to be a super compressor watch, which is a particular form of diving watch that uses a screwed or sometimes bayoneted caseback in combination with a spring to even out the stresses forced on the gasket and ensure maximum durability. At sea level, the spring holds the caseback in the optimum position, while during diving the pressure of the depth takes over and forces the caseback to the fully closed position. I don’t know how effective this is in today’s world of advanced rubbers and seal techniques, but this watch has 300m of water resistance, which is good for something this affordable.

If you find the Longines Legend Diver a bit too common then the new Alpina Seastrong Diver Heritage watch could be a good alternative, though, it fights in a market with some really good watches. I think it can hold its own, though.