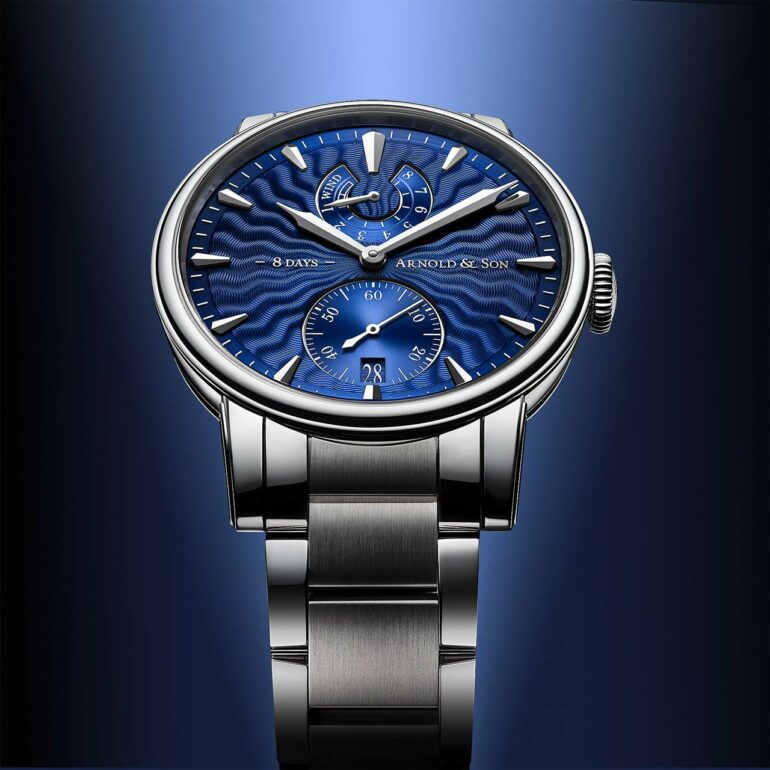 Arnold & Son is a bit of an oddball company in my eyes, a loveable one, but an oddball nonetheless. You see, it takes its name from John Arnold who, if you’ve read my 10 British Horologists article, you’ll know as one of the closest friends of Abraham-Louis Breguet and the man who had the idea for the tourbillon. The Arnold & Son of today is of no relation to John Arnold, or indeed to his son John Roger Arnold (naming was different back then), who Breguet himself mentored. 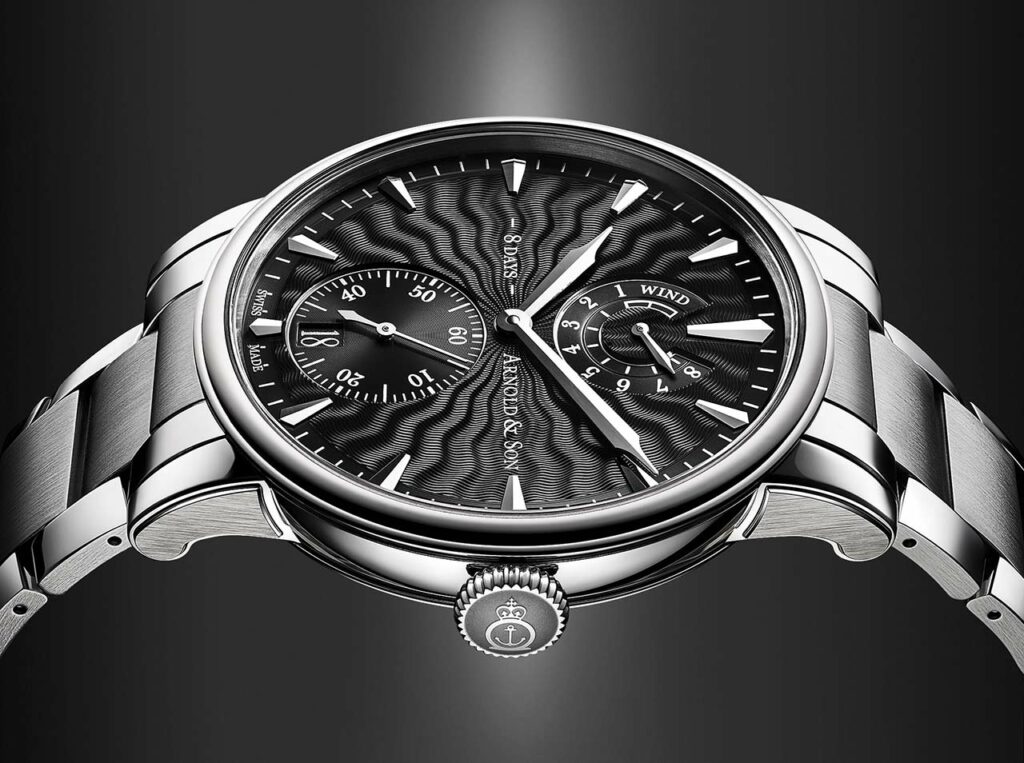 With that said, I still like the Arnold & Son we have today. The new Eight Day Steel is a handsome piece, although I worry it is quite similar in appearance to a Chronoswiss watch at a passing glance. The dial features a wavy sunburst guilloché that explodes outwards from the centre right up to the minutes track where it halts. A large subdial with a date window has been placed at 6 O’clock. It features some concentric guilloché which creates the sunburst effect but is less dramatic than the rest of the dial. Following a similar pattern is the power reserve indicator at 12 O’clock, which features the same style of guilloché as the sub-seconds, but it’s not a full circle, and it has some of that crazy guilloché from the main dial, which is fun. Arnold & Son is offering the dial in three colours: blue, black or silver. 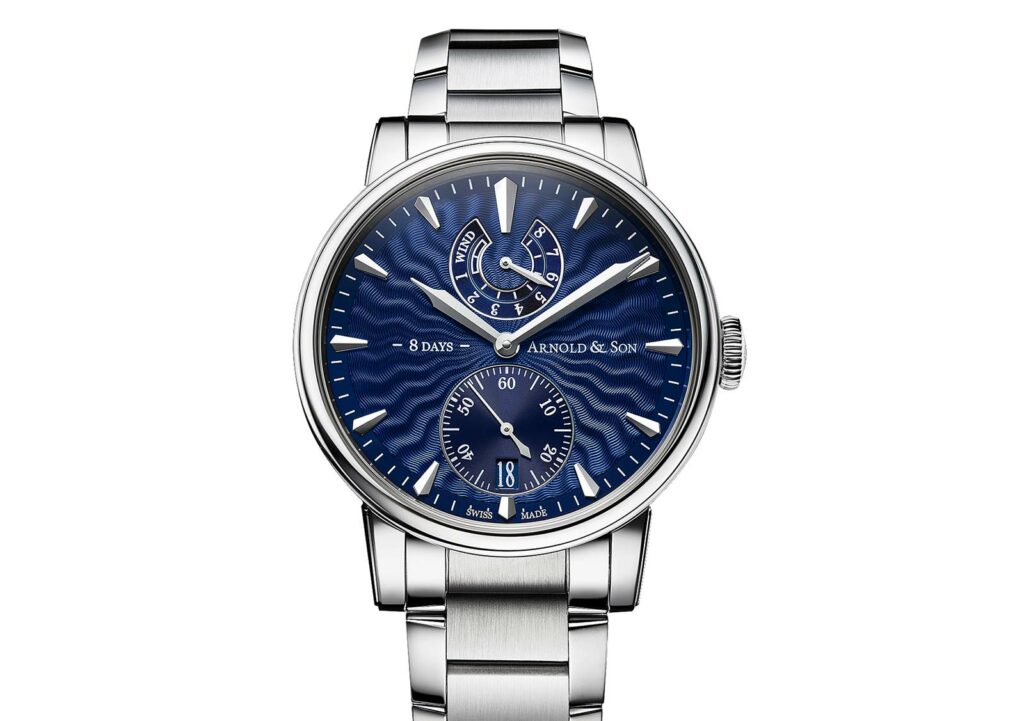 As the name and the numbering on the power reserve suggest, the watch has a power reserve of 8 days which is courtesy of an intriguing movement called the A&S1016. I love how this movement looks. It combines some high-grade finishing with architectural inspiration. It has a frequency of 3Hz and is manually-wound via the crown with two barrels providing the long power supply. 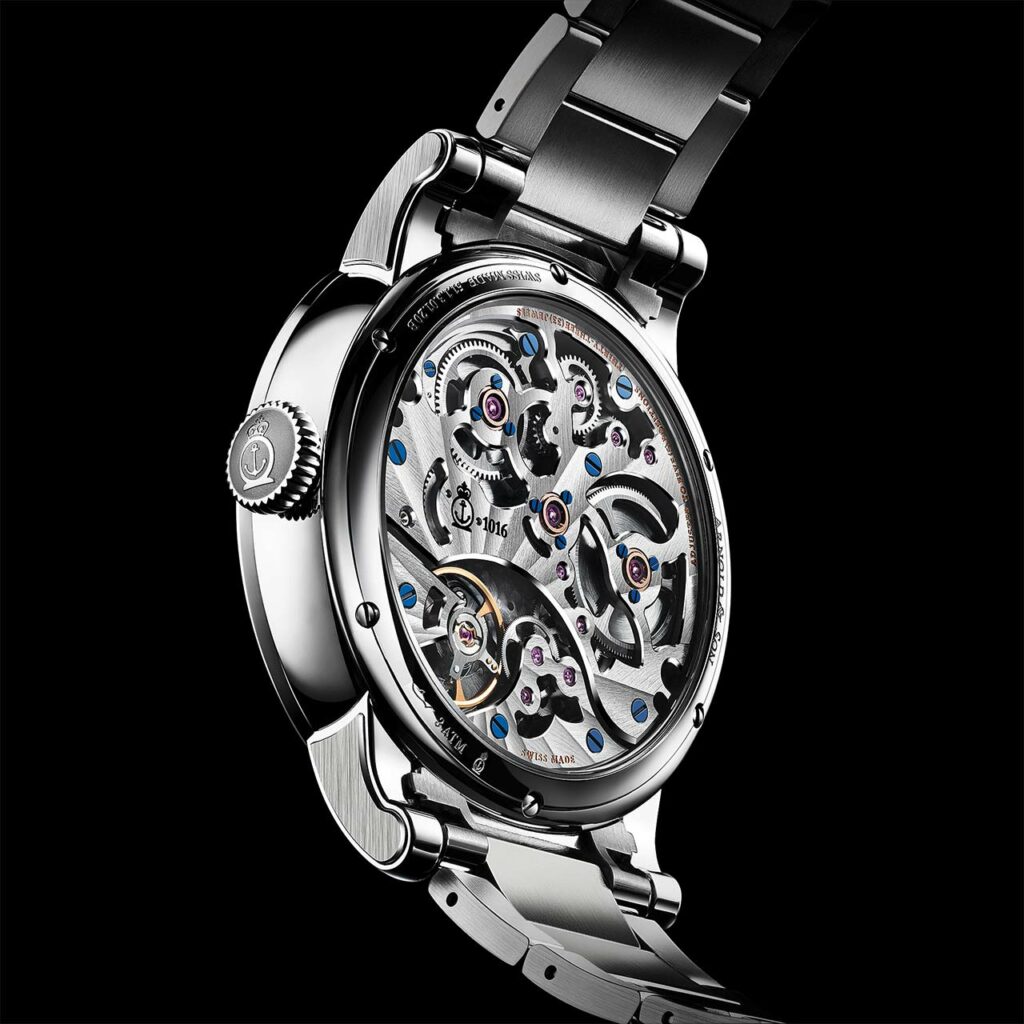 This is sat inside a 43mm x 10.7mm case with a new polished/brushed stainless steel bracelet and clasp as a different option to the pre-existing models, which have leather straps. The price is set at CHF13,000.